March 16, 2011
(The United States is the only advanced economy that does not guarantee its workers paid vacation or holidays. Facts like this just happen to pop into my brain when I'm entering my third straight 12-hour day of work. So, I'm appreciating the free moment I have right now, between work and sleep. This is Cardboard Appreciation. It's the 105th in a series): 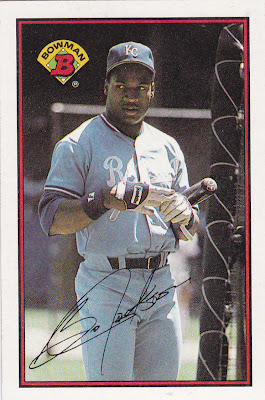 I have mentioned many times that Russell Martin can not take a bad baseball card. He's been featured on numerous great ones and very few duds. I'm not the only one who has noticed it. A number of bloggers have said the same thing.

But here's the thing about Martin: 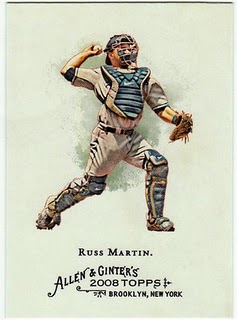 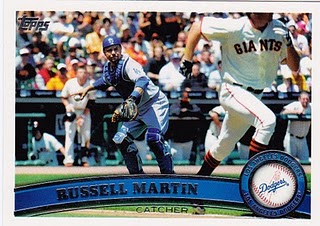 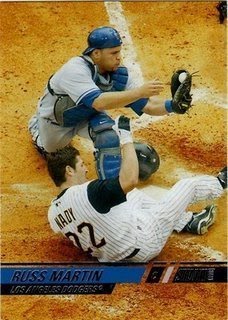 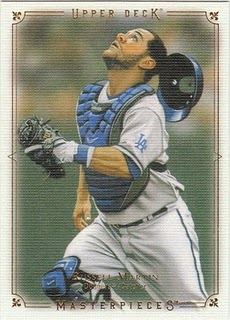 Almost anyone can look good on a card set like Masterpieces or Stadium Club. It's not even all that difficult in this year's 2011 Topps, which is a well-executed set.

And now that Martin's a traitor -- good luck appearing on another tremendous card while wearing those hideous pinstripes, Russell -- I need to find the real master of being at his finest on every baseball card in which he's ever appeared.

I think I've found my man.

As evidence, I submit to you Bo Jackson's 1989 Bowman card.

1989 Bowman is not like 2008 A&G or Masterpieces or any of the great sets that come up over and over. It's '89 Bowman. It's oversized. It's dull. It came out in the late '80s when a lot of people were at their dorkiest. And there are plenty of examples of goofy looking players in '89 Bowman. Many of them are practically anonymous, meaning collectors can make fun of them for the rest of time because the players never did anything else to distance themselves from that '89 Bowman card.

I don't even know if I can list everything that is bad-ass about this photo. But I'll try:

1. The glancing stare on his face
2. The "gloves-off" stance
3. The black bat
4. The crazy good signature
5. The cap propped on his head in a way that almost seems threatening

Many, many collectors cite Jackson's rookie card or his 1990 Score football/baseball card when talking Jackson and collecting.

But those are obvious examples.

A true test of a player's on-card greatness is turning a card from a crap set like '89 Bowman into something I'd never give up.

I'm not a Royals collector. I've never been terribly interested in Bo Jackson. And I think it's fairly clear that I don't like '89 Bowman.

But I'll never get rid of that Jackson card.