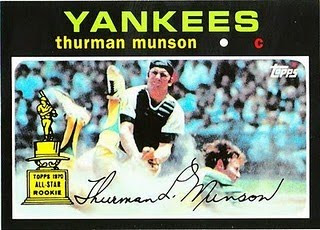 I'm not the first one to say this, but I can't believe how excited people are getting over unredeemed codes in the Topps' Million Card Giveaway.

I know what you're saying: Night owl, I thought you loved the Giveaway.

I do. I love it dearly. But I am collecting the entire set. The Giveaway is just a fantastic side effect. But I don't understand why anyone would pay a bunch of cash on ebay solely for some codes when the chances of you landing a 1988 Mike Loynd or 1984 Steve Lubratich are extremely good. Sure, you could wait until the way-back machine returns to the '50s cards, but code-hoarders don't strike me as the patient type.

The other day I received an email from somone looking to hammer out a deal and send me a 1971 Thurman Munson card. And I don't mean the "Yo Mama" card pictured here. I mean, the actual 1971 card, one of the big cards I need to complete the '71 set.

The person was willing to trade it to me for nothing more than a bunch of unredeemed codes.

But then I thought, maybe the Munson card is in terrible shape. Or maybe this guy has 35 1971 Munsons and is sick of looking at them. Or maybe he doesn't want to sell them on ebay because ebay killed his father. There could be a good reason.

He could hold onto the Munson and just buy a few packs himself and get codes that way. It worked for me. But maybe he doesn't want to spend the cash. Or maybe he lives on an island in the Pacific with the nearest big box store thousands of miles away. Or maybe he wants 5,000 codes and by agreeing to trade for the Munson, I'm doomed to an endless eternity in Target. I would become a perpetual professional shopper -- for baseball card codes (*shudder*).

I don't mean to make light of what was probably a perfectly legitimate offer. I'm just trying to wrap my feeble mind around it.

Anyway, all of the questions, or suspicisions, or whatever you want to call them, didn't get answered because I accidentally spiked the email. Emails from bloggers and traders are forever landing in my junk folder, like this one did, and sometimes they get deleted by mistake. I'm cursed with a feeble mind and a trigger-happy delete key finger.

So, sorry, Mr. Munson man. I didn't get a chance to ask you: What the hell?

It doesn't matter anyway. Now that I've completed the set, I'll be buying a lot fewer packs of 2010 Topps until Series 2 rolls around. I've probably blown my chance on that Munson card.

Also, along the same topic but only slightly less wacky: yesterday I lamented that I haven't been able to complete a trade on the giveaway site. I did this while talking about the 1978 Braves team card that I had just redeemed. 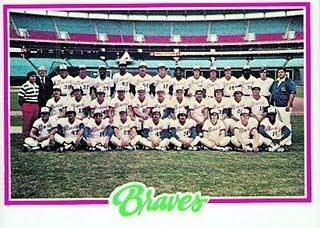 Well, within a couple hours of that post, two bloggers offered me a trade for that same card.

I have both of the offered cards already. But I really want to complete a trade on the site just to say I've done it. I have no idea which offer I should accept. So, I'm going to go through the pros and cons of each trade proposal right now. It's intense analysis like this that should be applied for more important tasks, like buying a car or shopping for a college. Instead, I waste it on virtual baseball card trades. I am the man. 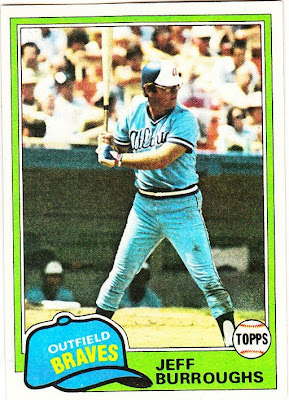 1. It's from a set I'm collecting.
2. It's a player card for a team card.
3. Burroughs is wearing a smashing powder-blue uniform and has a dirt streak going up his left pant leg.
4. BA Benny sent me some Dodgers just because I didn't want some football cards.
5. I could acquire this card and still have a Brave and then maybe dayf would offer me something I really want.

Next up, the Cardboard Junkie: 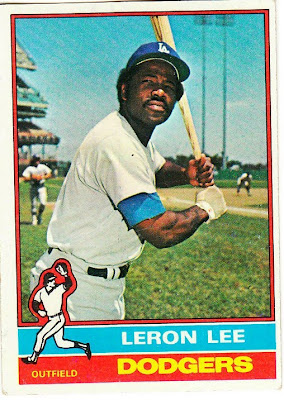 Well, that didn't help. I still don't know what to do. I'm so indecisive.

I guess I'm going to have to go with the Braves fan. I can't not trade a Braves card to a Braves fan. That would be rude, although I'm guessing dayf has as many Braves team cards as I have Leron Lee cards.

I'll sign off on the trade later tonight. Sorry, B A Benny. I'll have to find something for you at some point. Once I figure out how to clone myself.

Now, I still have a  fine, coveted, rarely seen 1987 Kevin Bass in my giveaway collection. Who wants to give that baby a test drive? Anybody?

SpastikMooss said…
If I had something worthy to trade for them, I would definitely trade you for unredeemed codes. I haven't done any yet, and don't have plans to buy any 2010 Topps yet (I have one card from the set total lol).
March 2, 2010 at 8:59 PM

BA Benny said…
I think you made the right choice, I hated to ask for a Braves card but I do collect team cards and do not have that one. I would also go with the 76 Dodger card even only to use it as cyber trade bait. I wish I thought about it a little harder and offered you a better card but I was signing off and just was looking to give you a trade possibility. I gotta say that I love the way you thought it out, it is a great read.
March 2, 2010 at 9:06 PM

dayf said…
"I could acquire this card and still have a Brave and then maybe dayf would offer me something I really want."

Oh, so THAT's how it is. You got a second chance Benny!

madding said…
I'm a bit frustrated with the code thing myself because I bought 10 packs last weekend and didn't get any. I don't suppose pack searchers have figured out how to get these codes now...
March 2, 2010 at 11:05 PM

zman40 said…
I've been trying to trade any of my four cards for an '82 Denny Lewallyn. But, the guy that has it either doesn't know that you can trade cards there or he is holding out for a Mantle rookie.
March 3, 2010 at 12:14 AM

Steve E. said…
Night Owl- I am the cause of your joy and misery.

You see, not only was I the same person who undercut your Leron Lee trade with Dayf (totally unintentional btw) but I was also the same guy who offered you the Munson card.

If you want an explanation on the Lee card, look at the comments on Dayf's post.

But regarding the Munson card, it was something I picked up last year at an estate sale. I know you've posted about that card before, and knew you were looking for it, so I decided to offer the card to someone who could appreciate it (since I'm not the biggest Munson fan myself) in return for some Topps codes (so I can obtain some of the cards I'm looking for too).

Anyway, I thought it was a pretty nifty idea, but obviously it came off as "strange" or "weird". Sorry about that--I didn't mean it that way! I was just trying to help us both out!

Steve E. said…
I sent you a reply on email. If you want to discuss it there, that's fine with me.