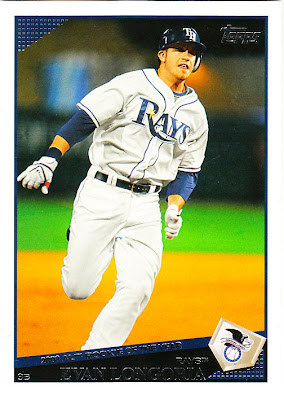 The world is a terrible place.

You don't need me to tell you that. Every day there is yet another reminder that either punches you in the gut or makes you cry.

The story of someone stealing personal possessions out of an unlocked car doesn't horrify me like an earthquake or a missing child. But in a world in which it seems like there must be at least one news item a day that makes my mouth drop, Troll's account of the heisting of some of his most precious cards was Friday's shake-my-head-moment.

Sure, they're just cards. But we collectors know better and feel deeply for Troll's loss. I know I do.

Ever since I read his post, I have put myself in his situation a half-dozen times. And each time I come away from it almost as devastated. If that happened to me, not only would I not be able to write about what just happened, I wouldn't even be able to speak coherently. Or breath properly.

Cards are not just cards. They are history and memories and love and respect for great achievement. The person or people who took the Troll's cards took all of that. He or she or they are walking garbage, with no respect for anything, including themselves.

I am not shocked or surprised that it happened. Like I said, the world is a terrible place.

What I am surprised by is how easily Marck has transitioned into looking forward. He doesn't want to dwell on this. So, out of respect, I won't either.

Instead I will focus on two things. The first is finding something to send Marck. I think he's cleared out most of my Rays. But fortunately he has a want list a few football fields wide. I'll be searching for more Rays cards, but also Negro League players, women's baseball players, Brian Roberts cards, Fritz Ackley cards (I have no idea who that is), you name it. When I find a card, I'll add it to the Great Troll Pile. Yes, I am a minion.

The other thing I'll focus on is that the world can be a wonderful place, too.

Here is a very tiny example, an example that is hardly random given her connection to me. But it's one I choose to hold up on a pedestal.

My wife's birthday is today.

Her birthday happens to fall on one of the busiest work weekends of the year. I will miss her birthday completely this year because I will spend most of the day and all of the night at work. Knowing that her special day would be work-filled, we moved her birthday festivities to Friday. Well, work called yet again, as it always does in early March, and I had to work Friday, too.

She took it well, like she always does. We'll celebrate on Sunday, the only day I'll have off for the next week.

But in the meantime, while I was at work again, she had the nice dinner that we were supposed to have together without me. Just her and my daughter. I think they had a nice time. I don't know. They're asleep now and can't vouch for themselves.

But when I came home after another 10-hour day, there, sitting on the table in front of the computer, were four packs of Topps cards, fanned out in a tantalizing display.

I bailed on her birthday, and she got me cards.

Like reading the Troll's story, it almost made me cry.

So, that's what I'm going to do -- really try to focus on the good in the world. Who knows how long that will last. But at least my heart's in the right place.

Oh, and the card up top is an Awesome Night Card. It's that Longoria guy. Troll likes him. That's good enough for me. So, it's awesome.

Collective Troll said…
Happy Birthday Mrs. Owl!!! My wifes birthday was a monster occasion the first six years of our lives together. This year I switched my shift so I could be home when she got out of work. I forgot she had school and wouldn't get out till 10, I think I ended up picking up some Taco Bell and we nibbled on nachos while doing homework. I miss the fun together birthdays... Thanks for the well wishes and another awesome night post. I love my blogger family!
March 6, 2010 at 4:12 AM

Collective Troll said…
Oh and Fritz Ackley is the other guy on Steve Carltons rookie card... He also appeared the year before on Don Bufords rookie card. Those were his only 2 cards. I like them both.
March 6, 2010 at 4:14 AM