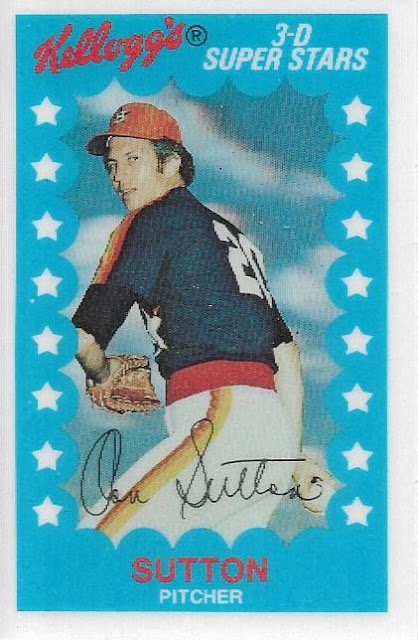 I know people who absolutely despise their email.
For them, it lost that late 1990s excitement long ago. Their email is now filled with all of the things that we detest about regular mail: junk sending, political badgering, business pandering, etc.
My email is filled with those things, too. Every day, when I get up at 11 or so, one of the first things I do is sweep out any garbage that's found its way into my email overnight. But then there are the other things that make my email still worthwhile.
A couple of months ago, P-Town Tom from Waiting 'Til Next Year sent an email telling me there was a collector he knew that was looking to connect with me. He had some cards for my collection.
Well, as much as I feel awkward about sending a response to someone I've never met solely to say, "Yes, give me free stuff," I certainly was happy to get that email! And I was even happier when the collector, Richard, sent me the cards!
You want to see what happens when you respond to your email when you're a collector?
This: 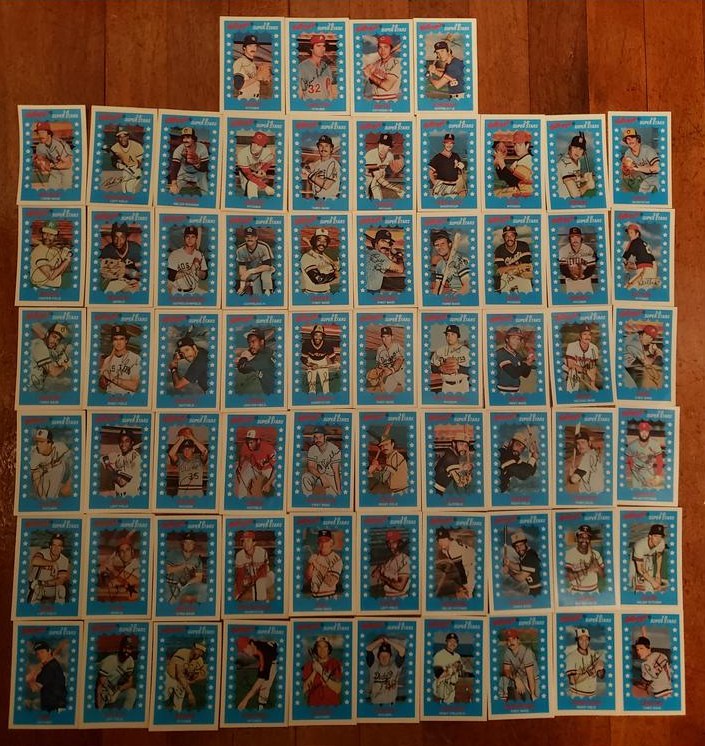 That's the entire 1982 Kellogg's 3-D set! Wow, I didn't even get a chance to put up a want list for that one yet!
The Kellogg's cards arrived in a box with a label affixed with Rich's address. ... Well, probably Rich's address in 1982, because it sure looked like the original box that Kellogg's used to send the complete set! Some of the Kellogg's cards were even still connected as I had to separate the perforations.
The '82 set is one I never saw when it came out. I had moved beyond Kellogg's cards after the 1980 version. I was a teenager. I couldn't be spotted shoving their arms into cereal boxes to fish out the free card from Frosted Flakes.
To me, the look of the '82 set harks back to the mid-1970s Kellogg's sets, which were almost always blue-bordered. There is a LOT of blue border with the '82s. But I do love them, and I now get to add the '82 set to my list of completed Kellogg's sets! 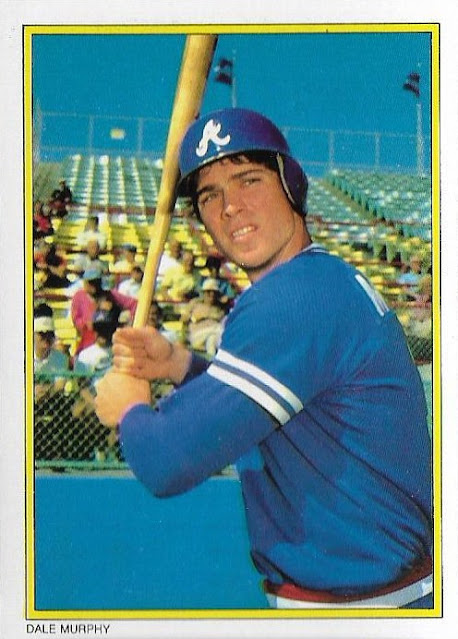 Rich also kindly sent several cards from another announced set-completion quest. The 1983 Topps glossies, the first of those glossy sets, intrigued me from that wonderful day when I found out you could order them through the mail. 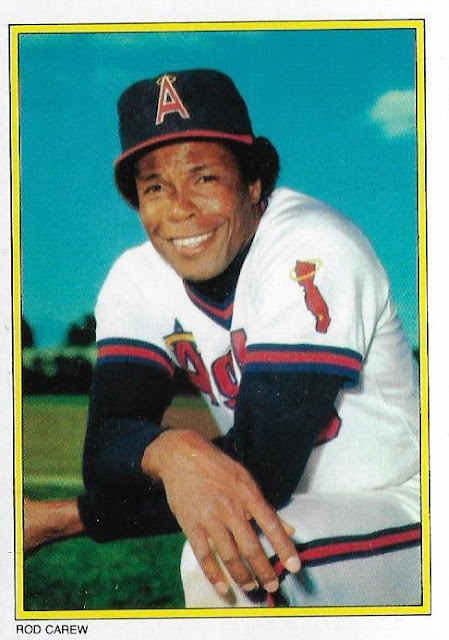 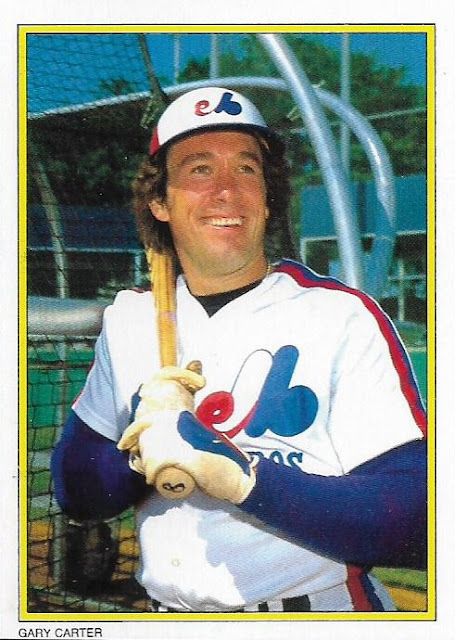 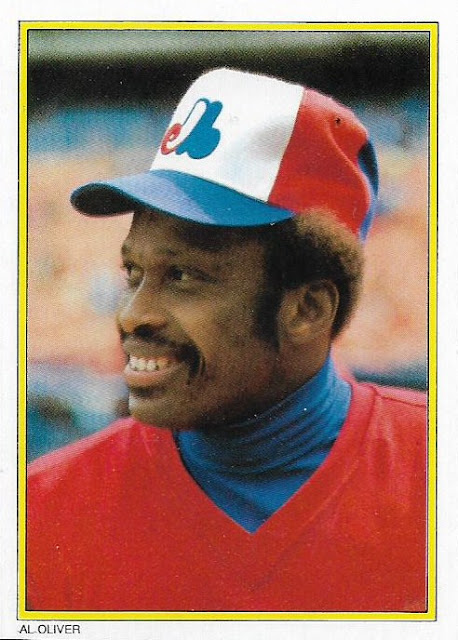 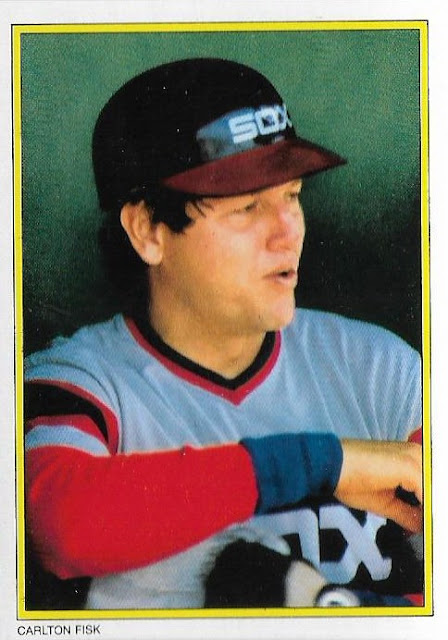 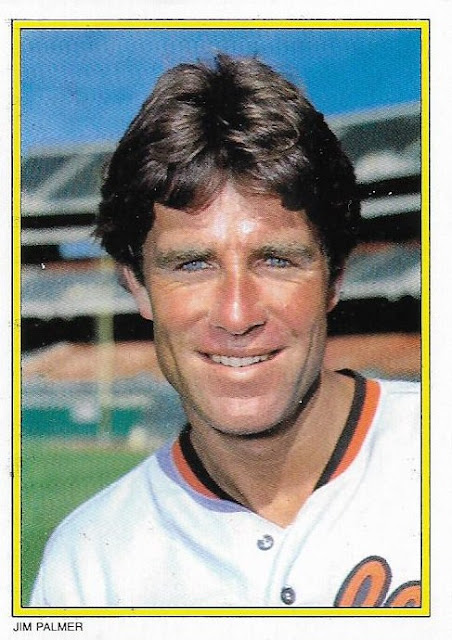 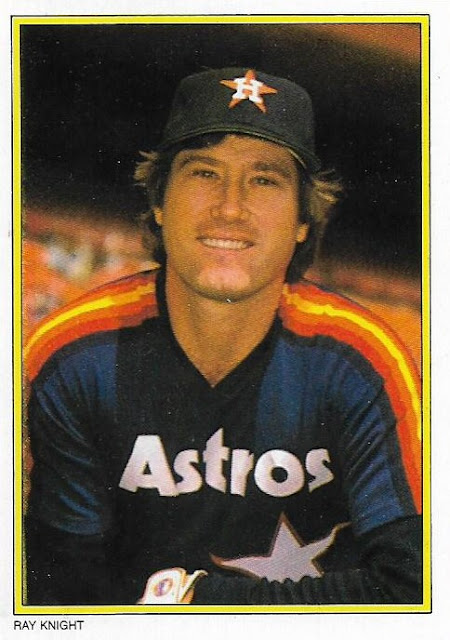 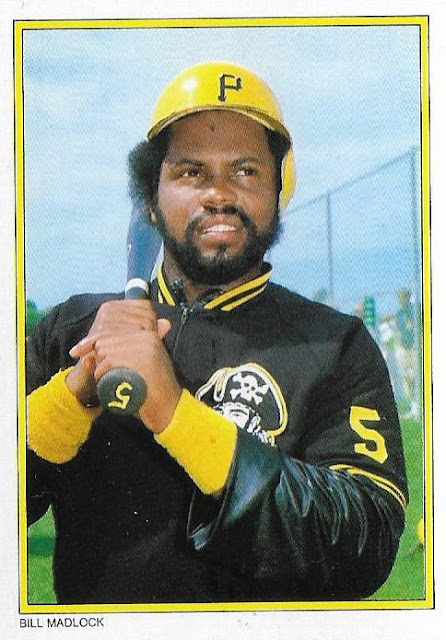 You might be able to tell, as shiny and fancy as they seemed at the time -- and they're still just as shiny -- that Topps was still up to its miscutting tricks. A few of them absolutely would not line up straight on the scanner.
All of these '80s stars of my younger years leave me with just nine more cards to finish this set. They're mostly heavy hitters, but if I focus, I could get this done fairly quickly (there's probably a full set on ebay, but we're not talking about that now). 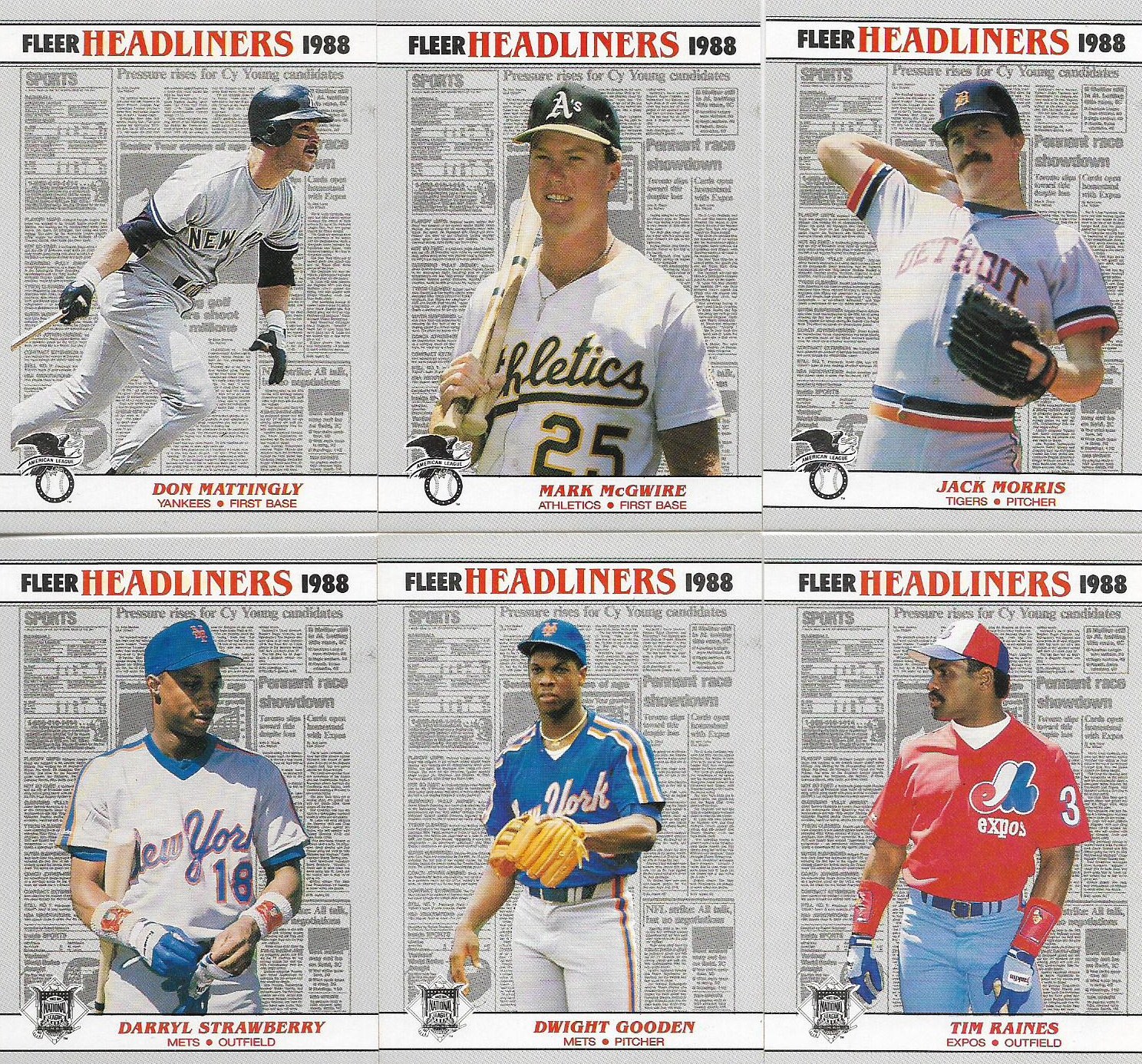 Rich also sent the full set of 1988 Fleer Headliners and the sight of this set sent me into shock for a few "I can't believe" reasons:
1. I can't believe I've never seen this set before.
2. I can't believe nobody has ever sent me these cards before.
It took someone like Rich to realize, "Hey, this guy works in newspapers, maybe he wants these cards with newspaper stories in the background."
Now I want to know what newspaper is printed behind each player. It looks like something from USA Today. 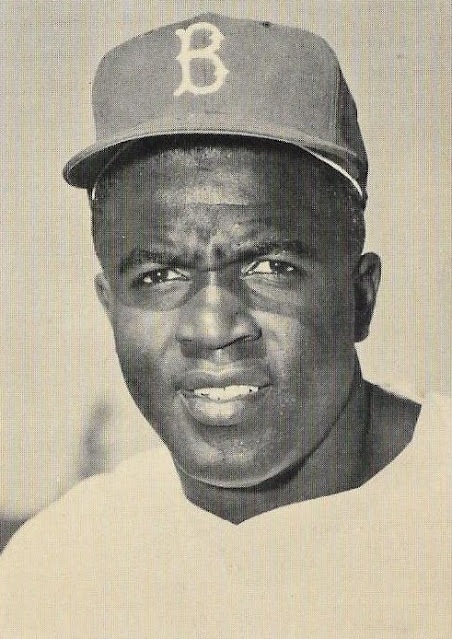 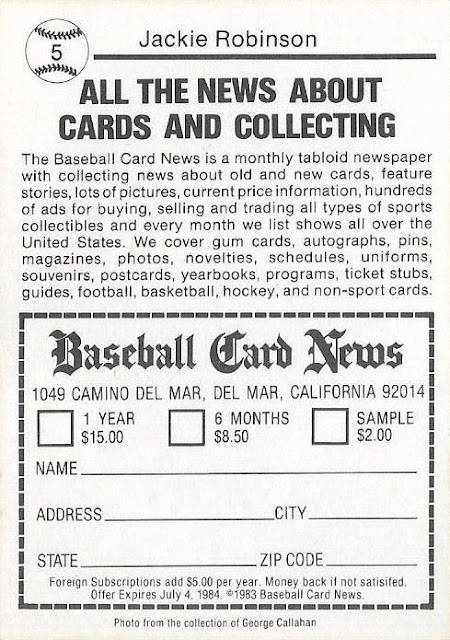 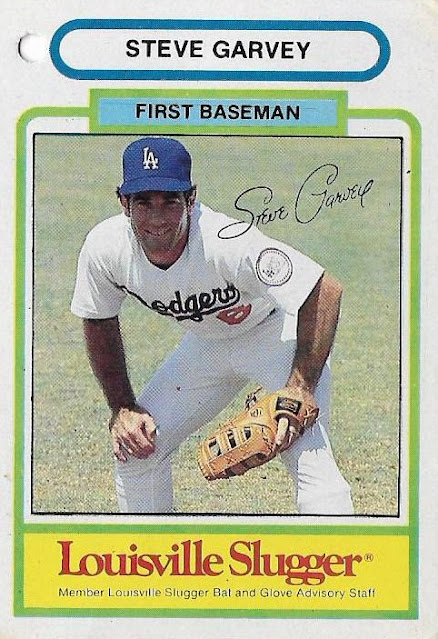 Here is one of those old glove tags that collectors like me turn into baseball cards. I already have a version of this card, but this one is in much better shape. I am also endlessly entertained by how they fit into a nine-pocket page just like a baseball card. 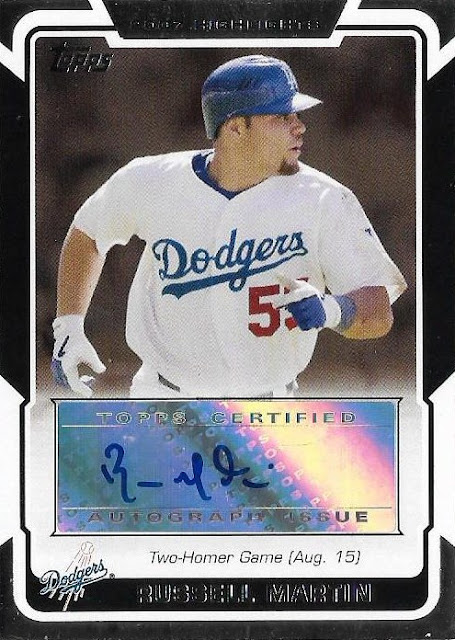 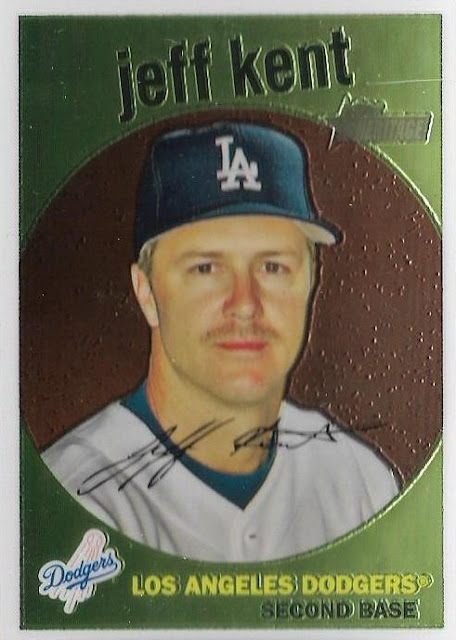 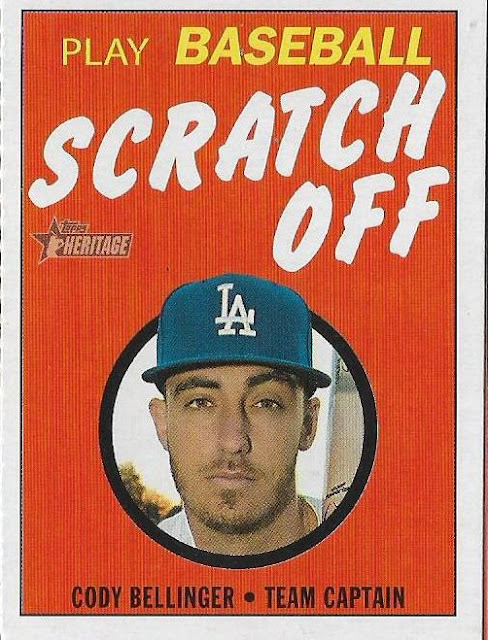 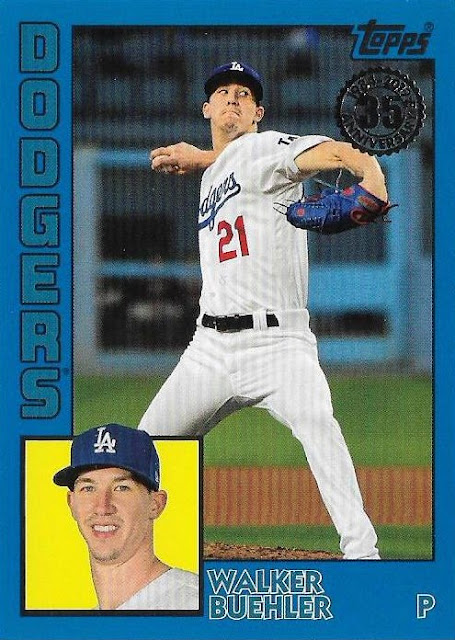 The rest of the cards Rich sent were more modern Dodgers. I appreciate every one. But that blue Buehler parallel is snazzy. 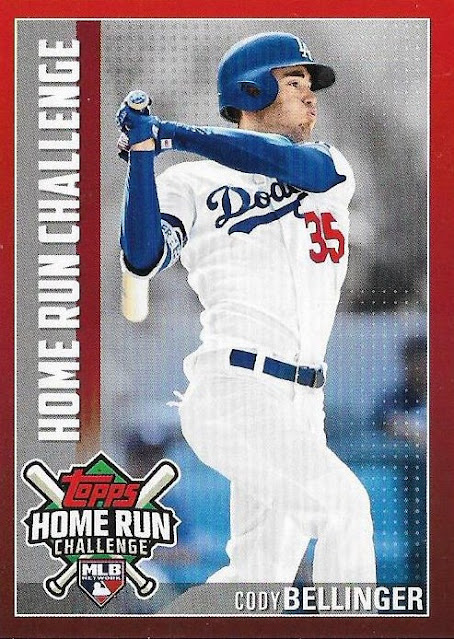 One more card, and it looks like your everyday guess-the-home-run-month contest card. Except that Rich, who wasn't lazy like me and couldn't be bothered to follow a contest, actually guessed the home run month correctly. 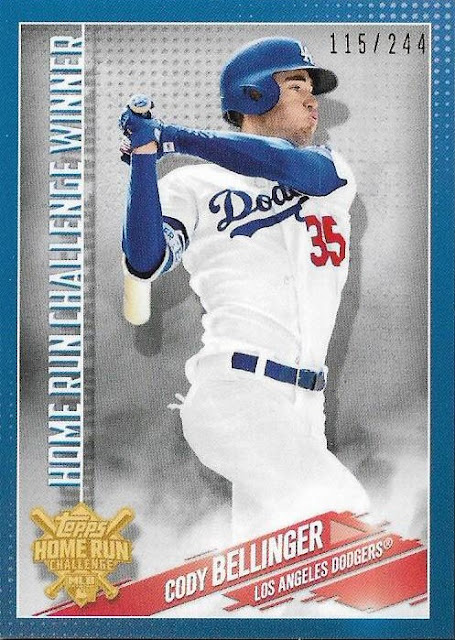 And because Cody Bellinger hit a home run in August and I responded to a person who reached out to me and P-Town Tom alerted me through email, I have this card.
Yup, I think I can spare a minute to delete those junk emails each morning.

Nachos Grande said…
I need email like that too! I've also never seen those Headliner cards. Probably too early for Barry Larkin to be featured in the set.
November 12, 2020 at 8:48 PM

Fuji said…
The 1988 Fleer Headliners is a good looking insert set. Pretty sure I completed it a few years ago. Love the Louisville Slugger card too.

acrackedbat said…
amazing generosity! the whole 82 K set! I've been trying to pick this up on ebay but continue to lose the bidding war. that is sweet!
November 13, 2020 at 1:31 PM

bbcardz said…
omg, that is really quite the haul! Such generosity, especially from someone you don't even know. Love that 2008 Topps Russell Martin auto along with the other Dodger cards. Congrats!
November 13, 2020 at 2:46 PM