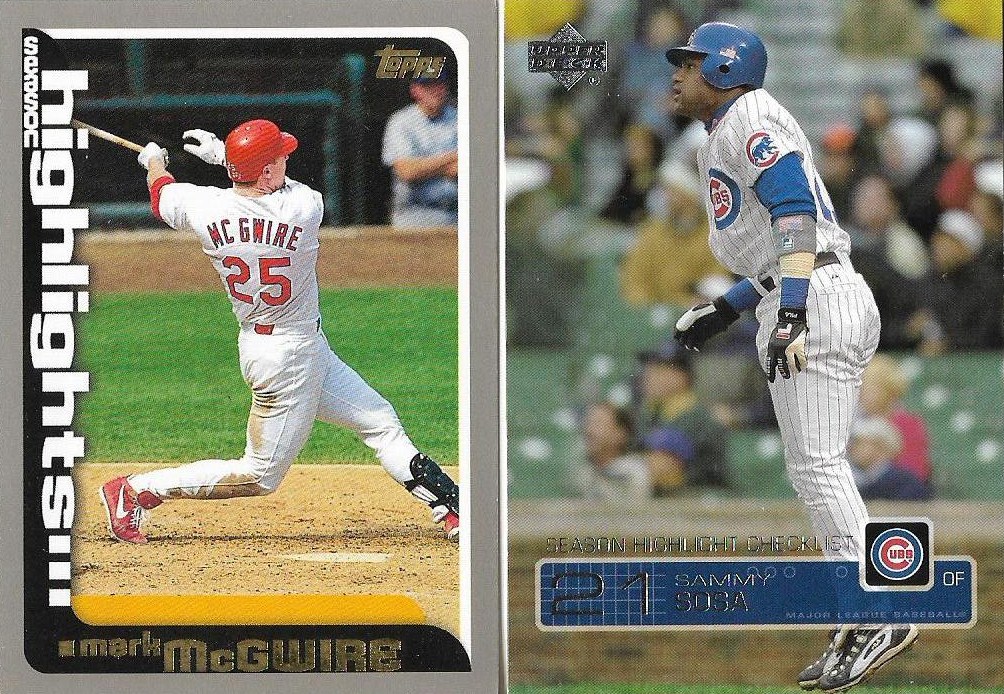 Tonight the "Long Gone Summer" documentary airs. Unlike the Jordan documentary, which didn't interest me, I do plan to check out ESPN's review of the 1998 Home Run Chase.

I've never been a Mark McGwire or Sammy Sosa fan. That doesn't mean I don't like them or anything. I'm just indifferent. They played on teams I don't root for during an era in which I followed baseball only casually. I didn't collect cards. To demonstrate, the above two cards are the closest I can get to having a 1998 McGwire or Sosa card. That McGwire card is from 2000 and the Sosa card is from 2003. There is a seven-year gap, between 1996-2002, in which I own no Sosa cards.

I did follow the home run chase. Who didn't? We posted home run update boxes in the newspaper every day and I was watching when the record fell and when McGwire hit 70. I'm aware of all the ugliness that followed and how the home run record doesn't mean much these days.

But the details? Nope, I don't remember those. When I think of 1998 now, I think of my daughter being born. That was what 1998 was about, the first year of my daughter's life. A home run chase was a distant second.

I don't have any more to say about that, so to lend some substance to this post, I thought I'd go in a completely different direction and cover Cardpocalypse's 7-Day Trading Card Challenge.

Yup, I'm doing it all in one day. Sorry, I don't have enough words for a whole post on a basketball card.

A lot of the challenge questions cover "favorites," which is a somewhat nebulous term in my collection, especially for non-baseball cards. For those "lesser" collections, I have a lot of cards I like equally, and those favorites change all the time.

So I'll deal with what I like right now. These are my favorites right now. As of this hour on this day. Let's go.

A toughie already. First, am I still in quarantine? Restaurants opened up around here over the weekend. I'm not going because restaurants are supposed to be fun and seeing people walking around in masks while I'm eating is not fun. But that's more self-imposed quarantine. So I'll consider quarantine as being between March and May.

But, holy cow, I got a lot of nice cards that I like between March and May! I'll make it easy on myself and go with the obvious: 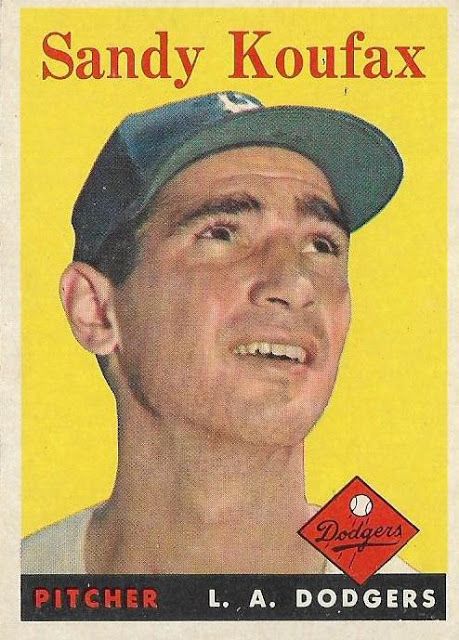 
2. A card from current release year (any sport) with a unique photo?

I tried to find a different card so I wouldn't have to show the same card I've already written about but, let's face it, much of what I've picked up from 2020 product is pretty damn boring. 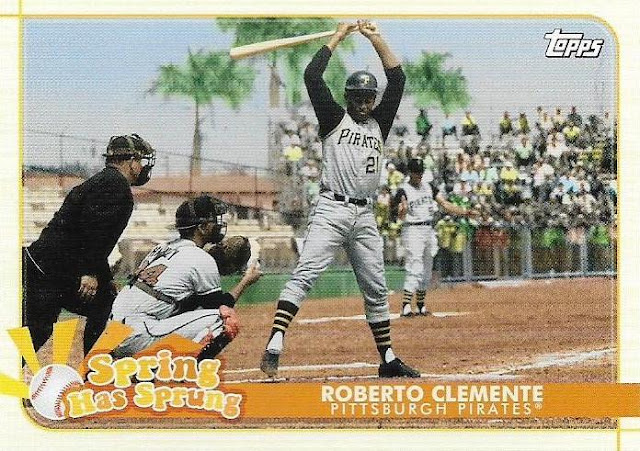 This one is not. So I'm showing it again.


3. Favorite football card in your collection?

I'm not super-invested in my football cards. Except for the 1977 Topps set, most of them could blow away in the wind tomorrow and I wouldn't cry. So I'll go with one for which I have a personal connection. 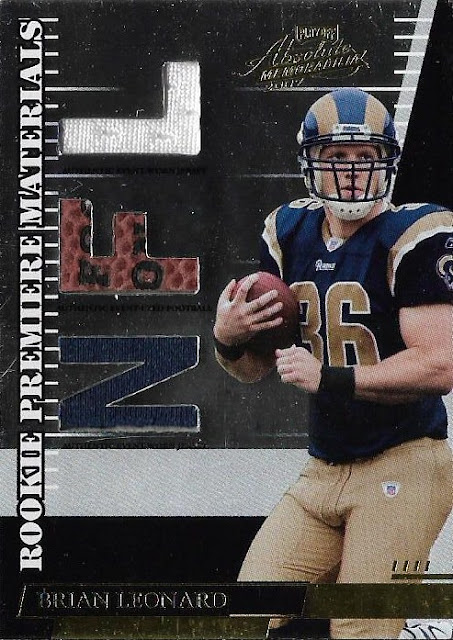 Brian Leonard played fullback for the Rams, Buccaneers, Bengals and Saints between 2007-14. I wrote about this card when I received it from Cardboard Icons a decade ago.

Leonard is from my newspaper's coverage area and we've written many stories about him. I wrote at least a couple. Since he retired, he's held a football camp in our area. Two years ago, he was one of the guest speakers at our end-of-the-year athletic banquet. 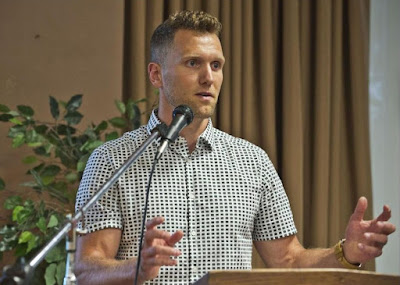 There he is speaking at our banquet. I'm seated just to the right of Leonard.

Leonard has always been a quiet, unassuming, small-town guy with freakish talent. I'm sure if I brought that relic card to the banquet, he would have signed it.


4. Favorite basketball card in your collection?

Until last week, I wouldn't have been able to answer this. First, I would be picking between five stray basketball cards in my collection. Second, none of them mean that much to me (except the David Robinson one, because, again, I've interviewed him). 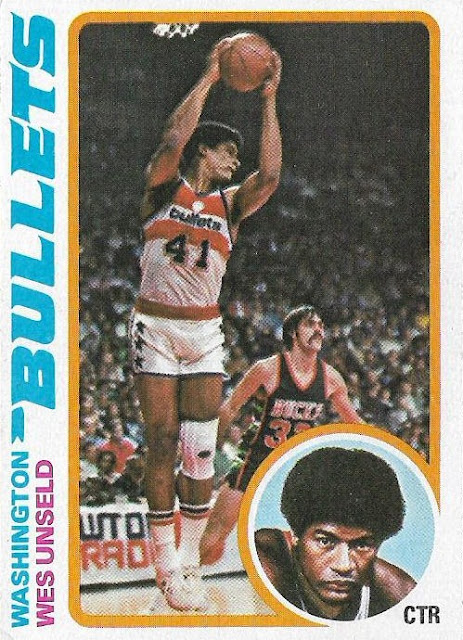 The only person that I have ever named a "favorite basketball player" died.

My basketball and hockey favorites were based mostly on the few basketball and hockey packs I bought back then because I didn't watch either sport (they were barely on TV at the time). I gravitated toward the Bullets, who had just won an NBA championship, and Elvin Hayes and Wes Unseld. I pulled the above Unseld card and declared him my favorite.

The card since disappeared, but when he died, I knew I had to get it again. So I did.

5. Favorite "other sport" card in your collection?

Tim mentioned a host of sports in the "other sport" category, but he didn't mention tennis, which I nearly chose for this category. Instead I'm going with another sport and another card from the same time as when I was naming favorite basketball players. 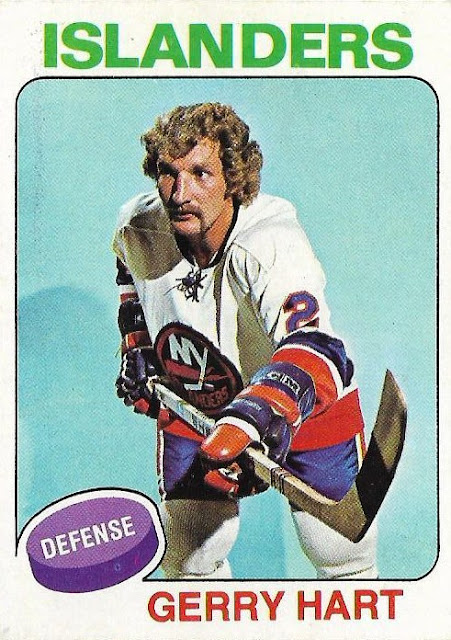 I've written about this card before, too. It's the first hockey card I remember seeing. It's probably why I declared the Islanders my favorite team (I didn't even know they were an NHL superpower at the time). 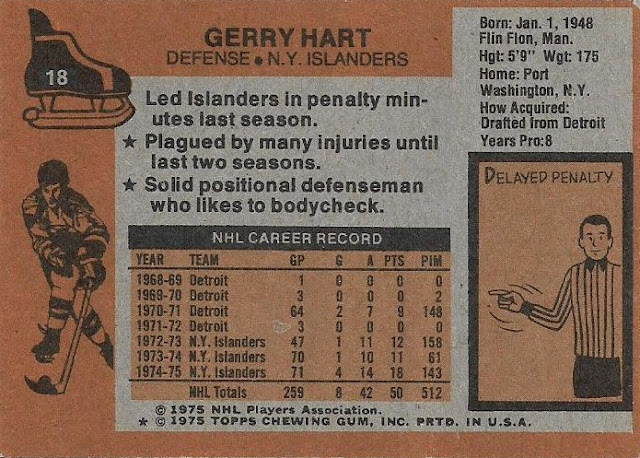 These 1975-76 hockey backs are what I think of when "Hockey Card Back" comes to mind. Hart is from the wonderfully named city of Flin Flon, Manitoba. I admit I had never heard of this place before today, which tells you how much I know about hockey history because I also learned that's where Bobby Clarke is from.

6. Favorite non-sports card in your collection?

OK, this category is even more difficult to pin down than the other ones. I have so many favorites. I could post the Revolving Door card again just to annoy some people (it probably really is my favorite), or I could unearth a Wacky Packages sticker that only me and Johnny's Trading Spot remember, or I could show any number of music cards in my collection.

But let's go with my favorite right now, as of last night! 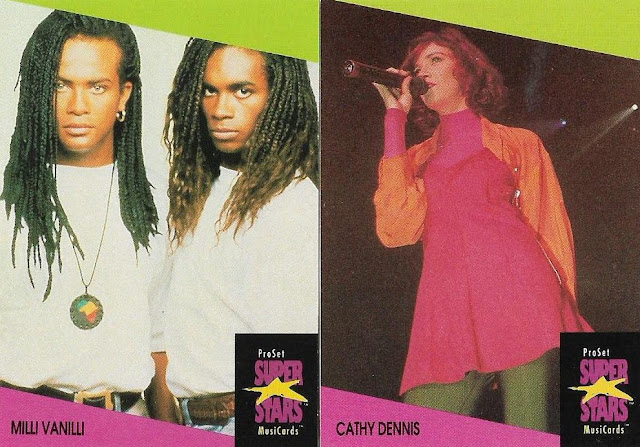 It's Cathy Dennis on the right.

Yesterday after work, I fell down the youtube rabbit hole while learning about famous pop and rock songwriters. I came across Cathy Dennis, who I knew as the pop princess of 1991 (Touch Me All Night Long, Too Many Walls, Come On And Get My Love, etc.).

Cathy Dennis went on to write well-known pop songs like Britney Spears' Toxic and Kylie Minogue's Can't Get You Out Of My Head. But back in the early '90s, people were trying to label her a "pop tart." I came across an odd Rick Dees interview show from the period. Dennis was the guest.

Meanwhile, I'm expecting a card shipment to arrive any day now that will include several other nonsports cards, so I expect my favorite in this category to change immediately.

I'm somewhat surprised that, for the people who have taken up this challenge, more haven't mentioned Topps Project 2020, since it's easily the No. 1 talked-about trend for the year.

But that's the difference between the blogs and Twitter. On Twitter, the "best" trend would be Project 2020. On the blogs, the best trend easily is the number of new blogs and new old blogs that have appeared (and reappeared) in the last three months. 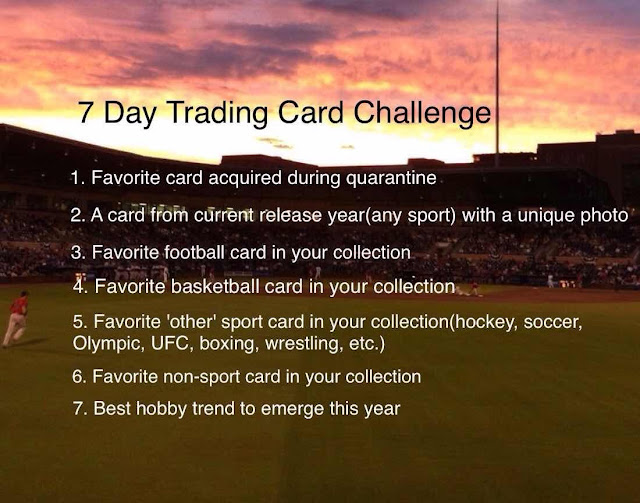 Cardpocalypse is one of them!

I love that card blogging continues to thrive long after many declared it dead. And even though I don't have the time to read every blog, I do like that there are many voices available to me and I try to read as many as I can. And when I find something interesting, I always try to comment.

All right, that's enough for what's been a rather disjointed post.

I'm off to get ready to watch the McGwire-Sosa show. 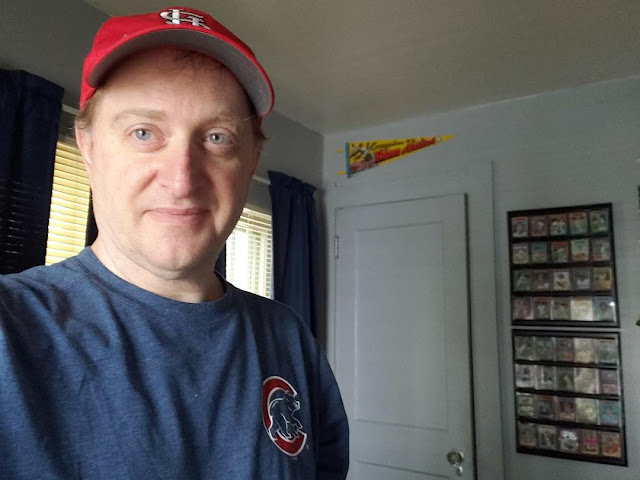 But I feel like I'm going to spontaneously combust wearing these together.

Fuji said…
No videos? I just spent the last five minutes searching up Cathy Dennis and the three songs you listed of hers. I recognized all three and actually knew the words to Too Many Walls, but had no idea who Cathy Dennis was until this post. I'm gonna bank this info and try to stump my buddy who knows his 80's and 90's music.
June 14, 2020 at 11:28 PM

Matt said…
I didn't watch the home run chase special, but i remember watching it in 1998 hoping that Griffey would surpass both of those guys being a Griffey fan. It was really exciting and something I will remember, but not as a positive now. Guys were cheaters and I can't accept that. * this is what I think about the 1998 season.
June 15, 2020 at 7:35 AM

runfore!kelloggs baseball cards said…
Like the Jordan show, I watched it primarily because it was a fun way to spend time with my son since this was all new to him.
June 15, 2020 at 8:04 AM

During the home run race between McGwire and Sosa I was a student working at a sports collectibles store. Any time there was a Cardinals or Cubs game being played, people would walk into the store just to see if we had it on a TV somewhere. Fun times.
June 15, 2020 at 8:16 AM

Trevor P said…
I remember Brian Leonard and that weird Rutgers power surge of the mid 00s. We were in college at the same time and I always rooted for him because he was a consummate underdog and seemed like a good guy.
June 15, 2020 at 3:04 PM