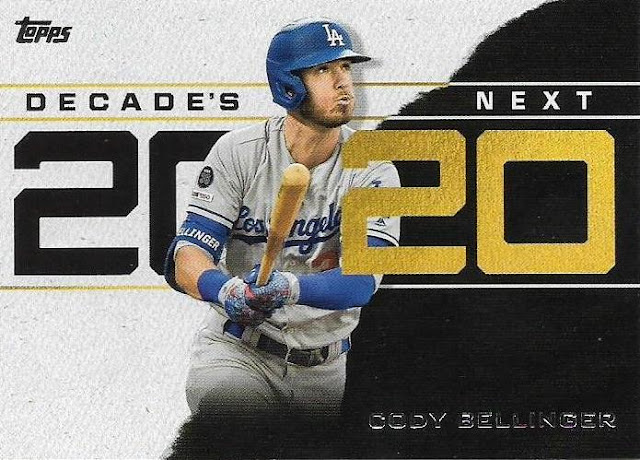 If you're dumb enough to be a team collector during, oh, the last two decades or so, then you know the feeling of always being behind, always trying desperately to catch up, reaching one destination and then suddenly discovering there are many more miles to go.

Topps' habit of issuing product after product, month after month -- and they're merely the only one to blame now, Upper Deck, Fleer, Pinnacle, etc., all did it -- keeps collectors, particularly team collectors, on a perpetual hamster wheel, paddling and paddling and never getting anywhere, never coming up for air.

It's like that every year. And it seems to get worse, what with the growing number of inserts and variations and online cards.

If you have been adventurous enough to take a trip to a Target or Walmart or maybe an actual card shop, you know that the card aisle is stuck in time. Ever since Gypsy Queen was released in March, nothing else new has hit the shelves.

Release dates have been pushed back. Warehouses and printing facilities are closed. No new cards, except for those online things, are being made.

I'll repeat: No new cards are being made!

Team collectors, you know what that means? You might be able to complete a 2020 set, base, inserts, everything without any other sets getting in the way! Imagine. Collecting in peace. An actual sense of accomplishment without Topps dropping a stack more papers in your inbox while exclaiming GET BACK TO WORK!

That actually makes me a little excited about 2020 Dodger cards for once!

I needed something. These cards are getting more and more boring every year as I get deeper and deeper into stuff from the past that I really like. 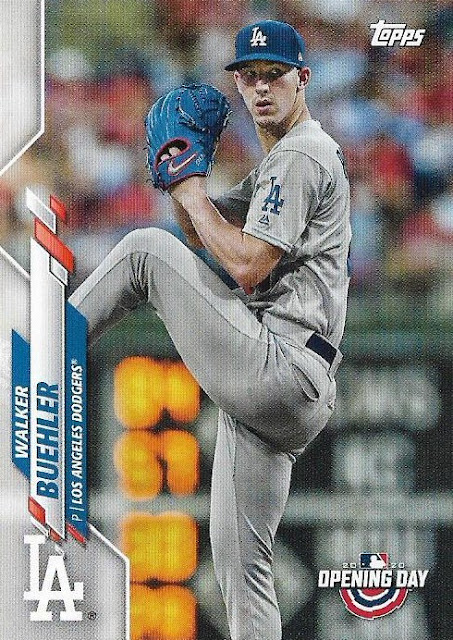 Having the time to complete the 2020 Dodgers Opening Day set! I have now completed the base Dodgers. And if I wanted to go after the inserts that remain, I can do so at a somewhat leisurely pace without Big League or Series 2 or Stadium Club beating down my door. 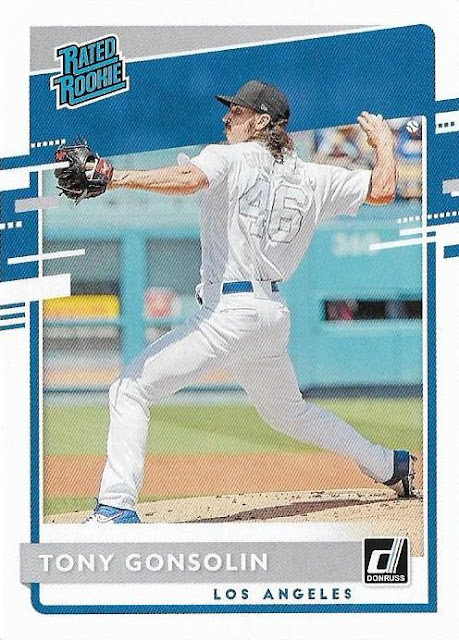 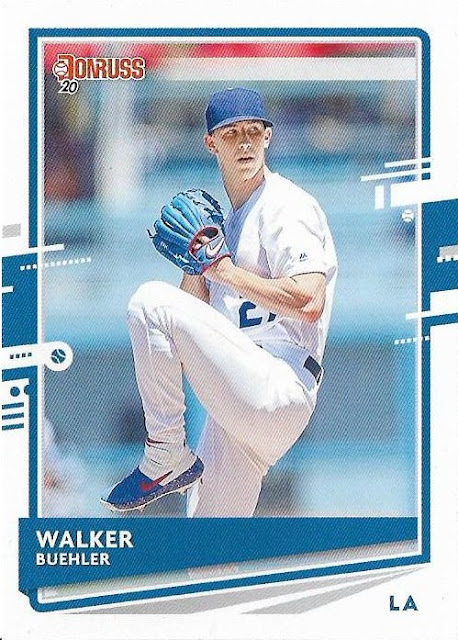 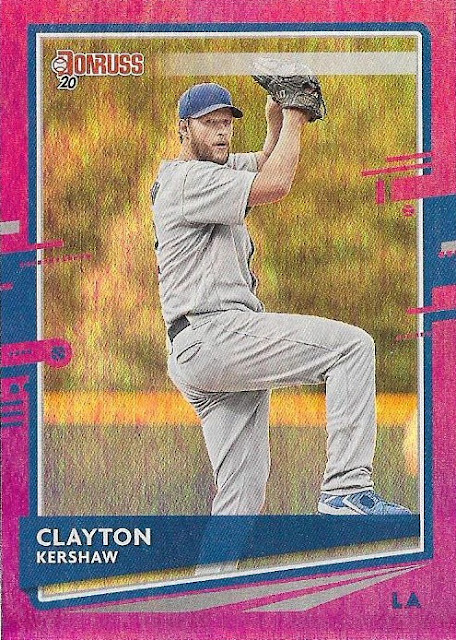 I have the time to grab all the Dodgers from sets that bore me, like Panini Donruss. I can even be confident about chasing down the zillion Donruss parallels and variations and not feel ridiculous feeling that way. 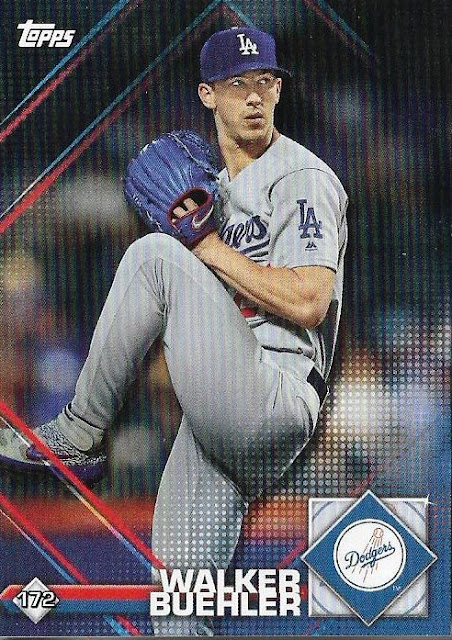 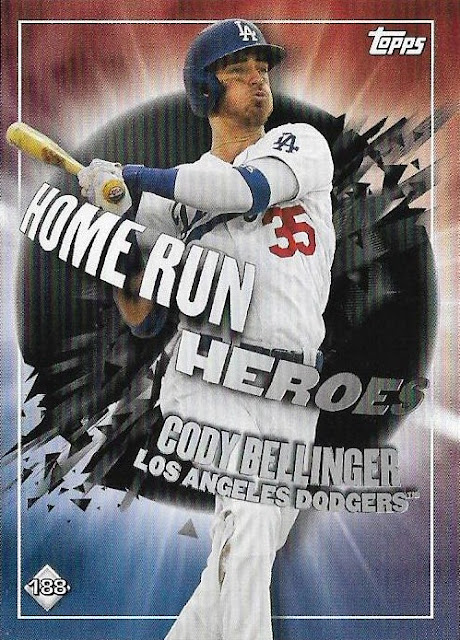 I could even go after all the Dodgers stickers -- something I never bother to do -- because it's not like there are games to occupy my time. 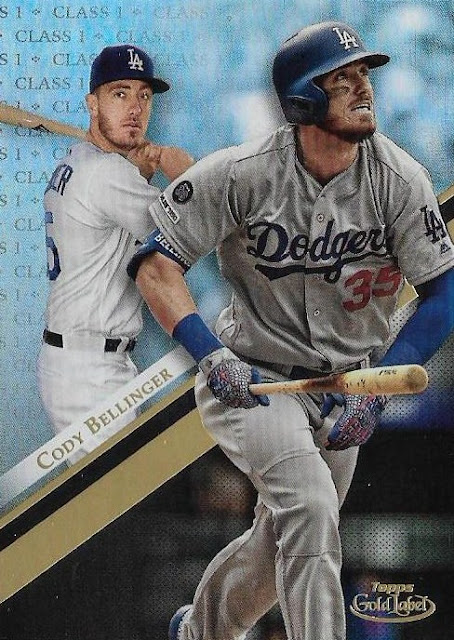 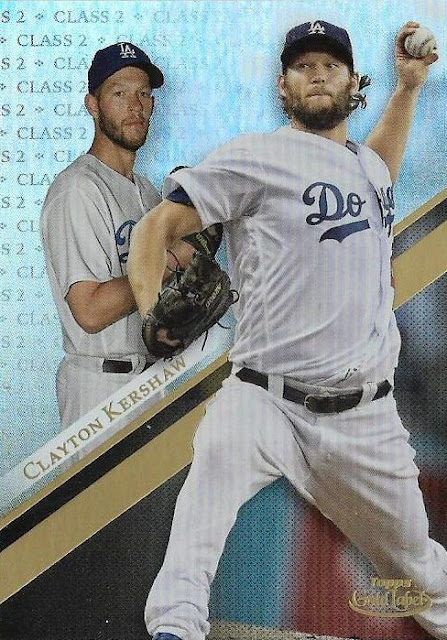 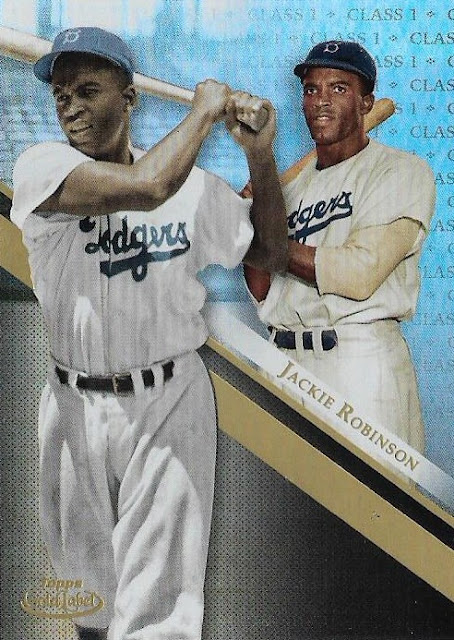 I could chase down team sets from last year's products, like Gold Label, a set I didn't even bother to put on my want list because Gold Label was too confusing the first time it came out in the late '90s. Nostalgia is a bizarre thing. 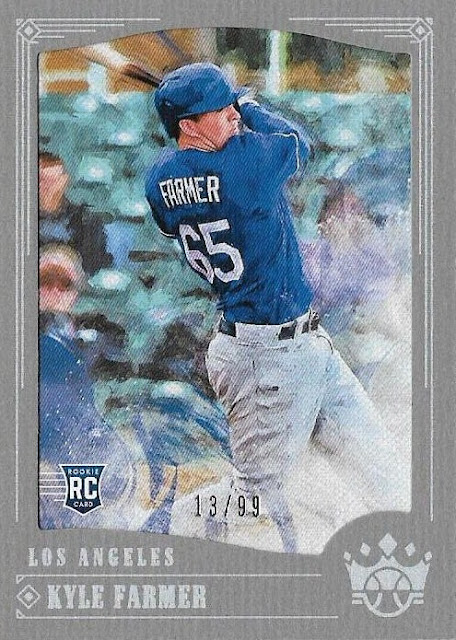 The thing is I COULD do all those things ....

Ever since venturing to the nearest card outlet became an invisible minefield, I've been enjoying shopping for cards online more and more often, and what I choose to select during those internet moments is not modern in the least.

Kind of ironic isn't it?

When there finally is an opportunity to take a breath, and grab all of the year's team set needs without the threat of a crapload of new sets delaying my completion of the earlier sets, I don't much care about the year's sets anymore.

And, no, that doesn't mean I'm just going to buy the whole team set of everything. I don't do that.

All of the above very current Dodgers came from Kerry of Cards On Cards. That's how I prefer to get current cards, in blog trades such as this. And when the card outlets open back up again, I will be trudging there again because I still, at the very least, need to get trade fodder for my fellow collectors.

When for a period, we really could collect them all.

Peter K Steinberg said…
When I re-entered the hobby I was quickly lost in the sea of all the cards and I still am, which is why I largely concentrate on a very very very small area. I find happiness in that. Have much respect for team collectors. Good luck.
May 14, 2020 at 7:55 PM

Billy Kingsley said…
More cards is so much better. I've already completed the base cards from 1987-1992 in the NBA...and just a handful away from completing to 1994. It's depressing knowing that I've seen and got it all and knowing there is nothing left new to discover. No new photos to see. At least now I've got 100 years of hockey to chase...
May 14, 2020 at 9:15 PM

night owl said…
There are so many more years and cards to chase, I'm not going to cry over a five-year period being completed. The '70s is my all-time favorite card decade and there are far fewer cards in that decade than the ones that followed and I STILL have a bunch to chase from that time.
May 14, 2020 at 9:30 PM

Johnnys Trading Spot said…
I've def. been adding Braves from the past and present in droves. I actually think I may have to lay myself off from the Braves card acquisition department. Just wait on RAKs.
May 14, 2020 at 10:25 PM

Fuji said…
No new products hasn't really impacted me too much, since I wasn't planning on busting a lot this year anyways. But I'm part of Topps and their subscription box club... so I'm wondering what product they're going to ship us if no new cards are being made currently.
May 15, 2020 at 12:37 AM

Jongudmund said…
Gold Label sounds like a tobacco product or a cheapie instant coffee.
May 15, 2020 at 1:06 PM

Nick said…
There's a couple sets I'm bummed about not seeing for a while (namely Big League) but by and large this card embargo has indeed been kinda relaxing in a weird way. Also I think it's also allowed me to appreciate the Topps Stickers a bit more since I think they were the last set released before the shutdown. I've bought way more of them this year than in all other years combined.
May 15, 2020 at 3:24 PM

Billy Kingsley said…
I'm about 100 cards away from completing the entire 1970s decade, minus the cards I can't afford, of which there are only two. I never work on it because I have so many I can't remember which ones I need. I've already completed 1975-80. I could probably finish the decade with $100 and splitscreening my lists and the buying websites.
May 15, 2020 at 8:09 PM