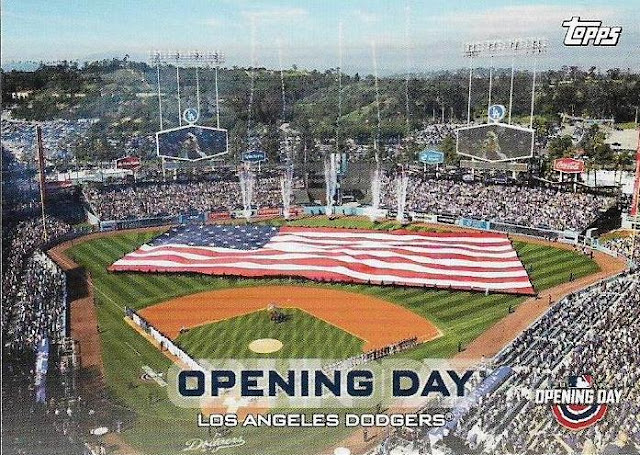 Look at that picture.

Doesn't that look like the dumbest thing you've ever seen?

Not only is it ridiculous that people are actually playing baseball -- everyone knows that nobody plays baseball anymore -- but look at all those fans! Why on earth are they congregating so closely? And those fellows lined up neatly on the field! Not one of them looks like they're six feet apart.

But the most ridiculous, ludicrous, preposterous, nonsensical aspect of this card -- and no, it's not that American Idol finalist singing the National Anthem on the video screens -- is that the weather is sunny and beautiful and the perfect conditions for playing games outside.

Nobody is playing games outside -- or doing anything really -- around here.

It snowed last night. I don't mean a few flurries. I mean cover-your-lawn-and-your-lawn-furniture-apparently-put-out-way-too-soon snow. Figure-out-where-the-heck-the-snowbrush-went snow. This is what we get on May 8th.

I saw the forecast a few days ahead of time. But that call for "wet snow" in my area on Friday night I automatically pegged for the county north of here (yes, there is actually a county in this state that is even farther north than my county). Surprise! My county got it and so did a lot of New York State.

Folks in places like Wisconsin make noise about their insane cold weather, but just about anything that state gets winds up appearing here in the next day or so. We're basically on the same cycle. Wisconsin is not that special when it comes to woe-is-me-weather.

No, for freakish conditions, I usually think of Minnesota. I remember as a kid looking regularly at the weather maps in the newspaper and checking out the highest temperature and lowest temperature in the land each day. Minnesota came up with the lowest most of the time. Just stupid temperatures, like 40 below.

That's where I figured out where International Falls was, and how I'd never want to live there.

But, come on, if it's snowing enough to blanket the yard -- A DAY AFTER I MOWED -- on May 8, I should pack up and go to Minnesota. Apparently we're not any different.

Two card bloggers who happen to live in Minnesota each sent me PWEs recently. I'm going to assume that both Jim of cards as I see them and Brian of Highly Subjective and Completely Arbitrary reside in places in the state with much more reasonable weather. There can be only one Crazy Cold Owl around here. 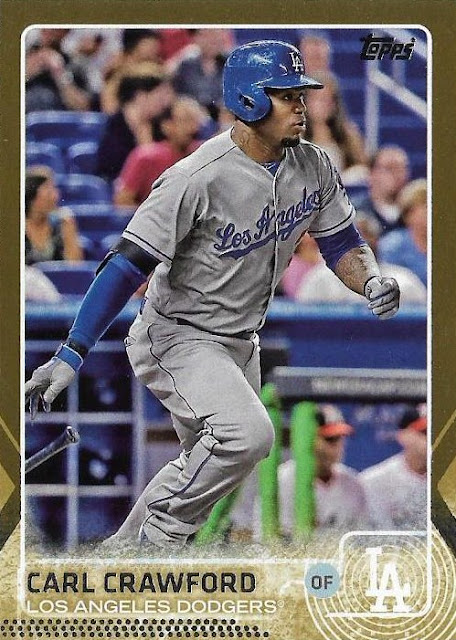 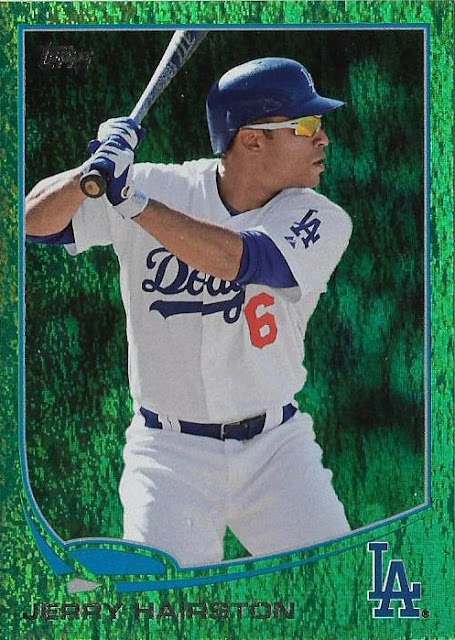 Jim sent a couple of Dodgers parallels that I needed. These are always appreciated.

Not as appreciated as this card, though, which was the star of the envelope. That damn, infernal 1992 Bowman team set will be mine by the end of the year. I have to complete it! I just have to! 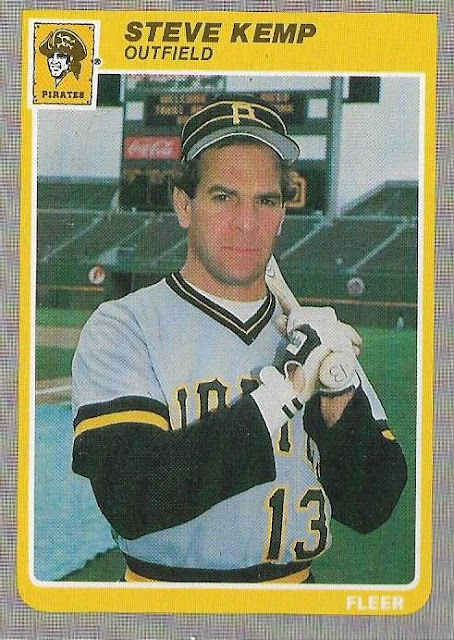 Jim added a 1985 Fleer Update need and Steve Kemp does not look happy about his new residence. Come on, Steve, you're not in Minnesota anymore. 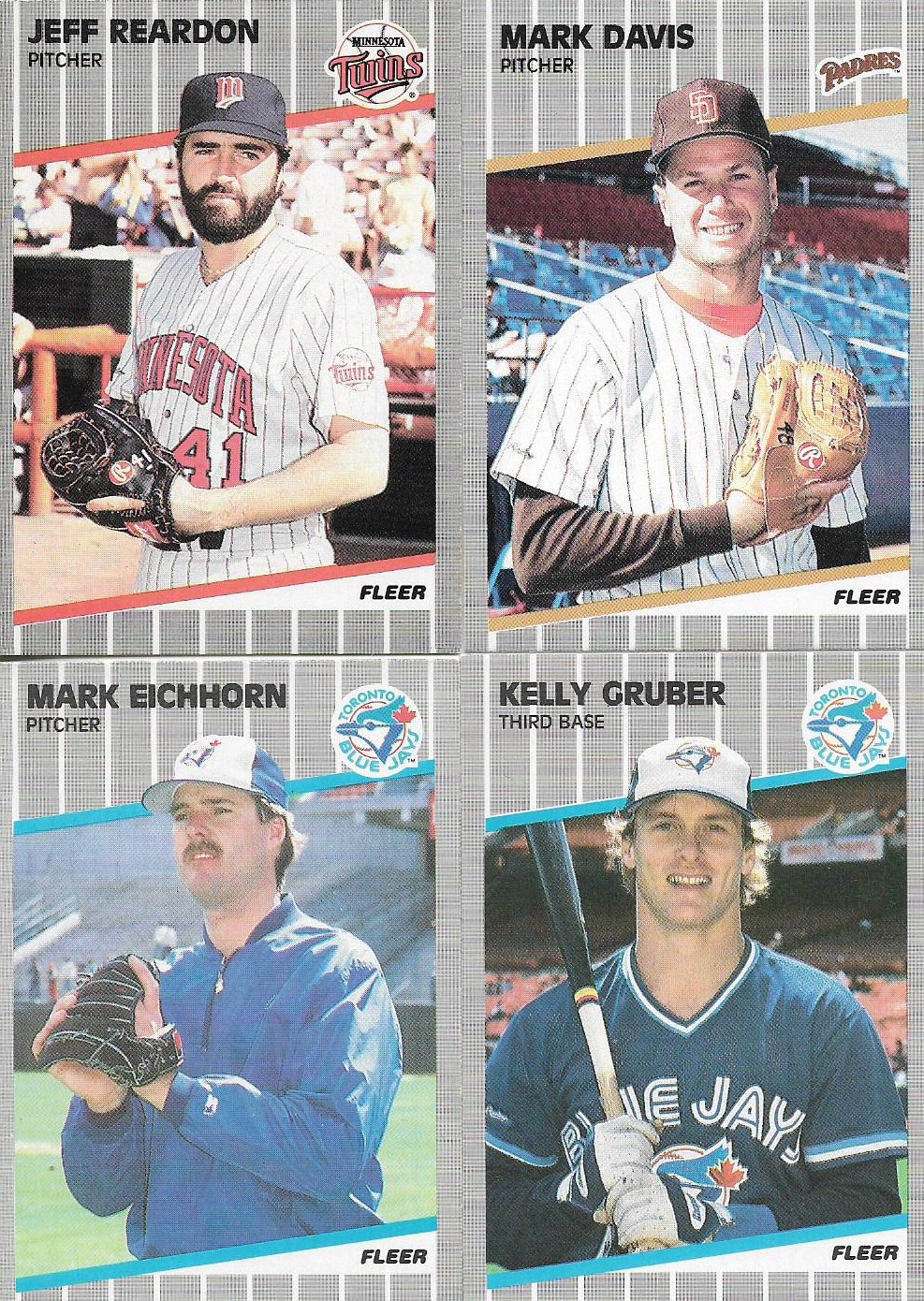 And some more 1989 Fleer cards, good gosh, I need to get this thing done immediately, too.

Many thanks, Jim. Hope you're staying warm. 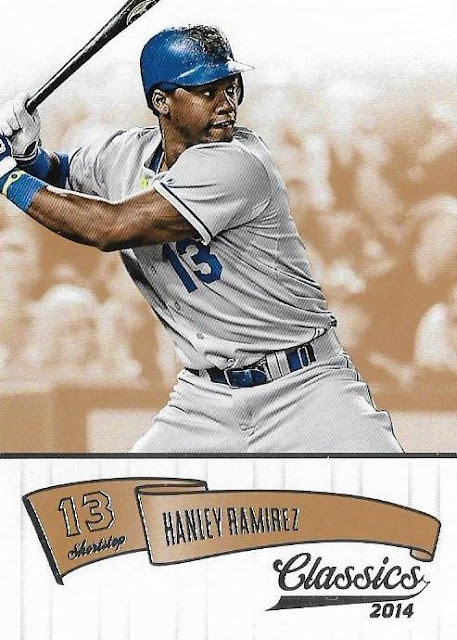 Brian's cards focused more on the Dodgers and more on recent submissions like Panini Classics. Who remembers this weirdness? 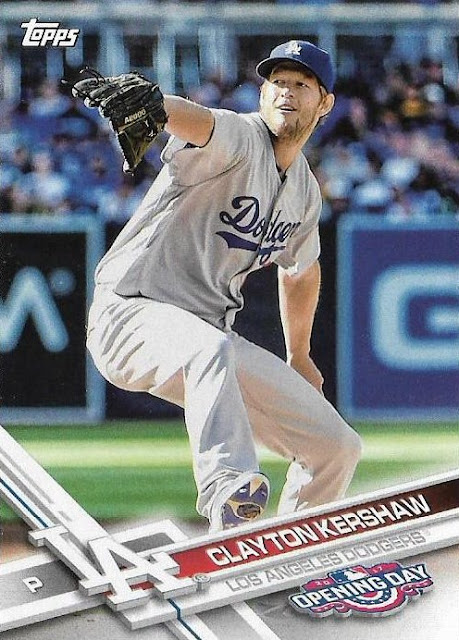 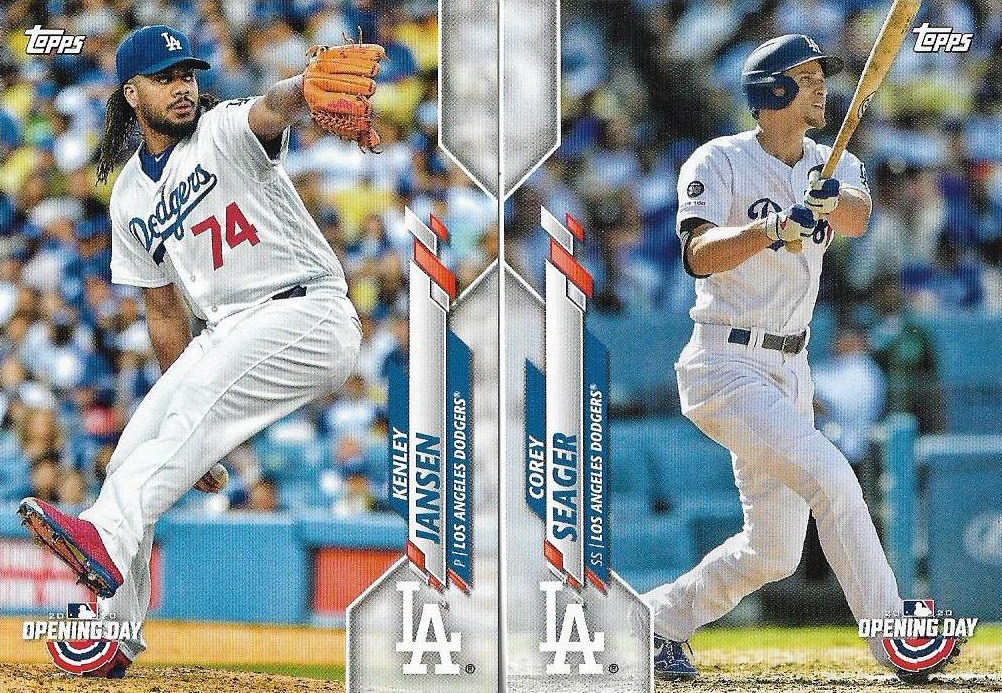 More current Opening Day Dodgers from this year. The Corey Seager gives everyone an idea of what his Series 2 card will look like, if we ever get to Series 2. Maybe it will be a Series 2/Update mash up this year. That would be weird enough to buy. 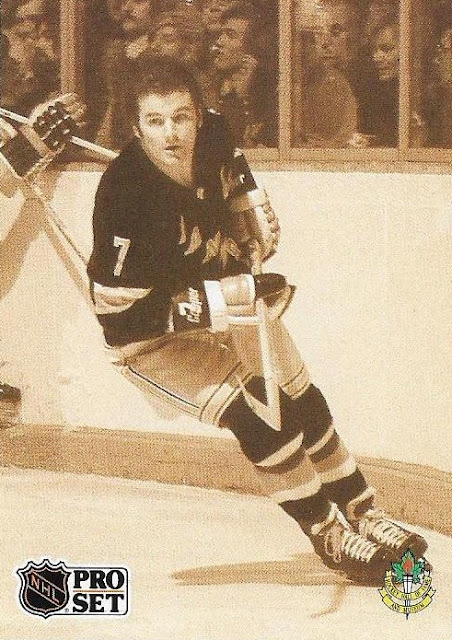 It just wouldn't be an icy envelope from Minnesota without a hockey card, right?

This is something I requested in Brian's Free Card Friday series. I'm usually late to grab any of his cards in these, but every once in awhile I find something that nobody cares about -- such as a 1991-92 Pro Set card of former Rangers standout Rod Gilbert.

Brian also sent me the bizarre There's No Way That Happened Opening Day card that started this post. But I think with the weather around here, we should be playing hockey and that's it.

OK, I guess I'll just stay inside and shiver and think about the days when it was 60 degrees in May with blossoms on the trees and baseball on the TV.

bbcardz said…
I love it when Dodger Stadium is featured on baseball cards. It was around 80 degrees today. You really ought to live out here with us. Did I mention that I live 13 miles past the Dodger Stadium centerfield wall?
May 9, 2020 at 9:46 PM

acrackedbat said…
Filling my feeders in light snow today, I had a long talk with Mother Nature reminding her we are approaching mid-May. I moved here 5 years ago, June 6th. Pulling into my drive at 4am that morning after long hours on the road, the dashboard temps greeted me with 47 degrees. In June?????? I just came from the land of three-digit summer temps!
May 9, 2020 at 9:51 PM

Mike Matson said…
Meanwhile, we got basically nothing here in Peterborough. North of here got snow.. But we got a small dusting that basically melted before it accumulated.

We used to joke back home that Minnesota was just Southern Canada. Kind of did the same thing about the Upper Peninsula of Michigan too.. Apparently they talk like us there lol
May 10, 2020 at 12:31 AM

Fuji said…
I'll trade you the 96 degree heat we experienced here on Friday for a few inches of snow. I can't stand the heat. And although snow might be a little colder than my ideal weather (50 to 62 degrees), I'll take it over anything in the 80's or higher.

But the one thing about hot, sunny weather that I can appreciate... is baseball.

P.S. That card of Dodger Stadium is fantastic. I can't wait to get back down there and experience some Dodger baseball again.
May 10, 2020 at 10:42 AM

gcrl said…
Wisconsin is not that special when it comes to more than just weather. Except maybe New Glarus brewing.
I'll keep watching your nebulous 9...
May 10, 2020 at 12:40 PM

The Snorting Bull said…
I love snow days! I live within walking distance of a few retail places, and usually end up taking a field trip to one of them to buy baseball cards. I think two or three times the release date for Topps has fallen on a snow day. Fun times.
May 10, 2020 at 3:17 PM