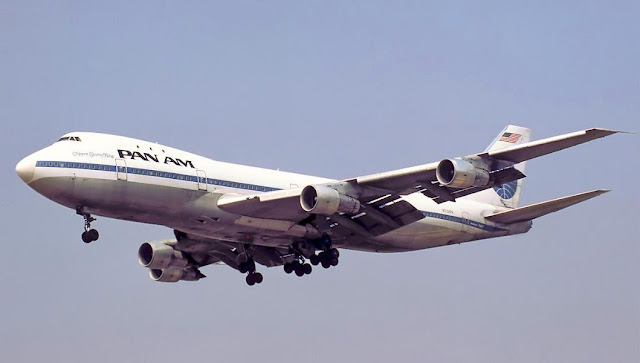 I want to address this because the number 747 was one of those magical numbers of  my childhood.

In 1970, Boeing began to transport passengers in its 747 jet airliners. The planes were distinctive in appearance, but most importantly, they could house more people than any other jet thanks to its double-decker design. The plane made travel more affordable than ever and thousands upon thousands of people went on their first plane ride in a 747.

I didn't care much about planes when I was a kid, but some of the boys I hung out with drew planes and cars constantly, so I knew how cool 747s were. They seemed to be everywhere on television and in song. The pop number, "It Never Rains in Southern California," a pervasive radio standard when I was a youngster, mentions the plane in its lyrics. "Seven-forty-seven," yup, you knew what it was when someone merely said the number.

For years it was the king of passenger planes, but just this past December, the Boeing 747 carried its last passengers and the jet was retired and will now be used only to transport cargo. Air travel is now devoted to smaller, sleeker planes.

The news made me a bit sad in that nostalgic way when another part of your childhood dies.

In an effort to commemorate how awesome those planes were at the time, I went to my baseball cards, hoping that Topps showed the respect for the 747 that I did as a kid.

Unfortunately, 747 means almost nothing in the cardboard world. 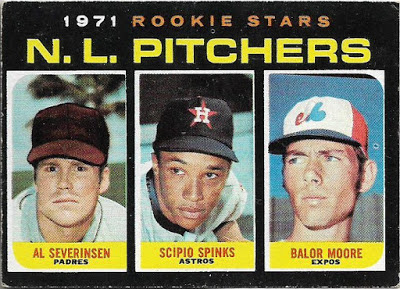 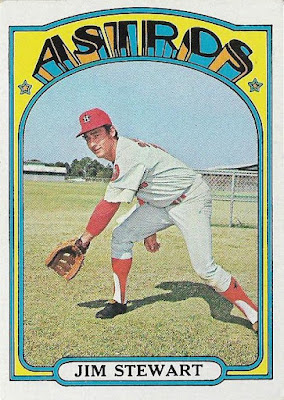 It was issued the same year as "It Never Rains in Southern California". But other than the card being the very first high number '72 that I ever owned, it's not very notable.

Topps decreased the size of its sets after 1972 and didn't feature another 747 card until its first extended Traded set in 1981. 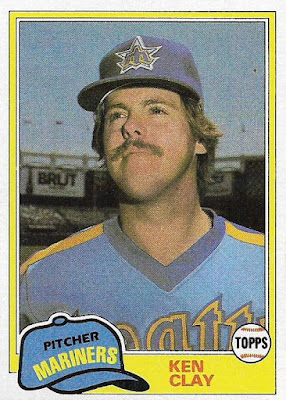 The first 747 in its return was a relief pitcher on the way out. If you're a Ken Clay fan, it's notable in that it's the first card showing him with a mustache (he came up with the clean-shaven Yankees). 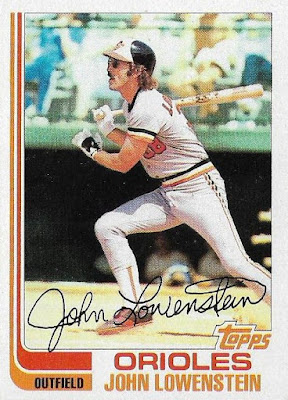 John Lowenstein is the first 747 card in a Topps flagship set since 1972. It's the most notable player featured on a 747 up to that point as Lowenstein was well-known part of the Orioles' platooning machine in the late '70s/early '80s.

But I can't say much interesting about most of the 747s to follow: 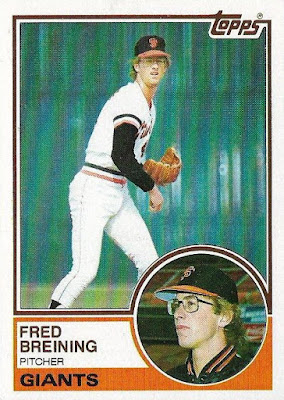 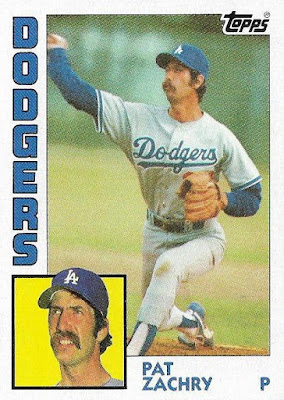 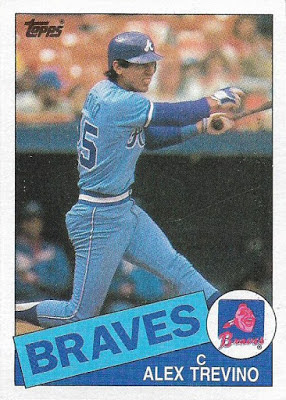 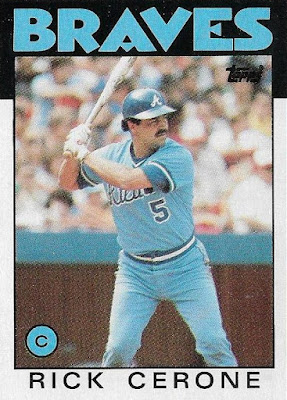 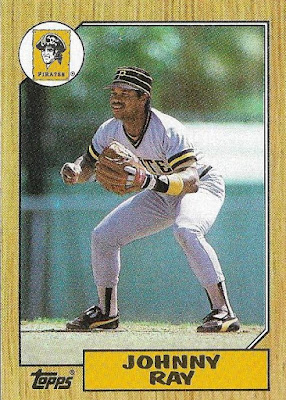 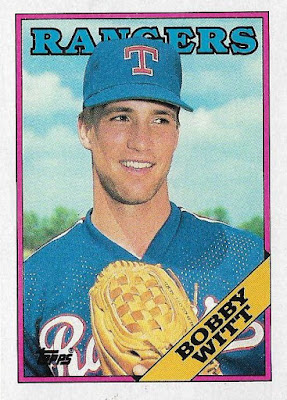 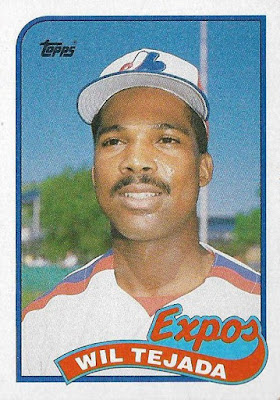 You get the idea. At least the Johnny Ray card is somewhat memorable.

The most notable 747 card I could find was from a Stadium Club set from 1993. 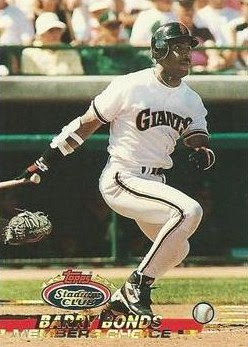 Beyond that, I had to cheat to find some memorable 747s by using minor league cards: 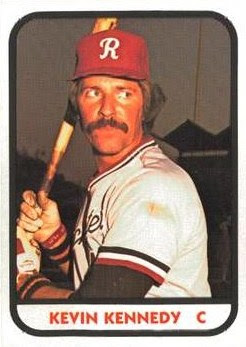 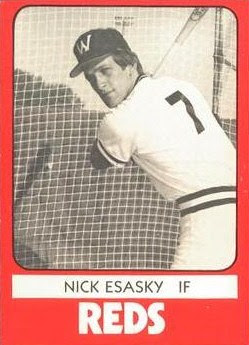 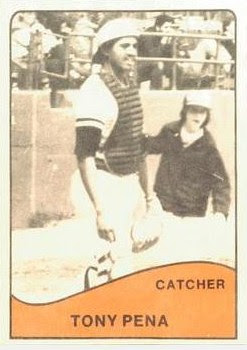 None of these cards feature a card number that says "747" though. You have to go through the fine print to find their connection to 747. 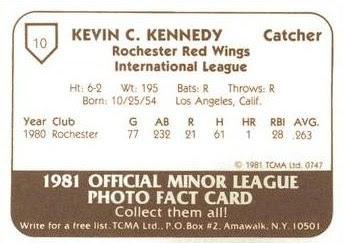 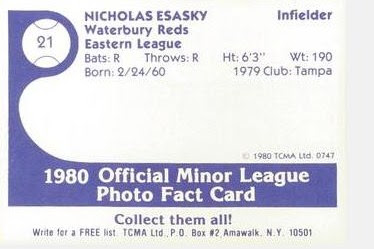 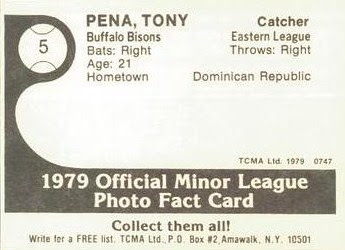 Each card notes that it is No. 0747 in terms of the overall minor league cards released by TCMA those particular years.

So, it's official, 747 has little meaning in terms of cards.

But at least I was able to make this cardboard farewell to the most impressive means of travel during my childhood. One of those boys who drew all those planes in second grade -- Paul Sarkisian -- would appreciate it.

Scott Crawford said…
I won't have you speaking dismissively of Rick Cerone like this!

Of course, I have no idea what I'll do in response.

Fuji said…
They retired the 747? Sad way to kick off a hump day. I grew up flying in 747's. I can still remember the 5 hour flights to Hawaii and sitting next to mom back in the days when you could still smoke in the cabin. There was always someone else's gum sitting in the armrest ashtrays. Good times.
February 7, 2018 at 8:53 AM

Adam Kaningher said…
The last of the domestic USA carriers retired them in 2017, but there are still some international flights that use them, primarily on British Airways and Lufthansa. In fact, I'm taking my very first 747 flight this spring before they're gone for good.
February 9, 2018 at 8:10 PM