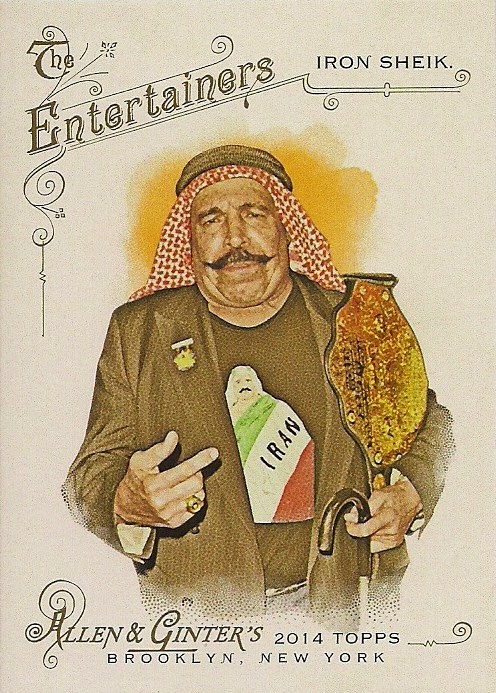 As I get older, it gets more and more difficult to wrap my head around each year. It's 2015 already and I think I've just finished figuring out what 2012 was all about.

For the last decade or more, the years have blended together, and I don't see that trend stopping, only speeding up.

Baseball cards help slow things down a little. Each year of new cards is a marker for that year, and if the year goes by too fast, I can at least say, "well, I liked that set in 2008" or "this is what the cards looked like in 2010." Maybe that won't help in polite conversation when jerky co-workers are remembering each year by the countries they visited, but it helps me document things in my own little head.

Unfortunately, it seems the years are now moving too quickly even for my baseball card collecting.

Here we are raving about 2015 Topps and I'm still horribly delinquent in a number of 2014 card responsibilities. I still haven't completed the Dodgers team set from last year's base set, I haven't even bothered to post a 2014 Bowman team set want list, and when it comes to my yearly habit of completing Allen & Ginter, I'm not even done with the 2013 set.

These days I need handouts to finish things off.

For instance, my 2014 Allen and Ginter chase has been gasping for air for months. It's sickly, panting in the corner, wearing a couple of IVs and with an oxygen mask over its face. One blaster and a few rack packs and then the money ran out. Perhaps completing sets 2008 through 2012 was as good as it was going to get. Maybe I didn't have it in me anymore.

Then along came Cardboard Icons. Ben had a whole bunch of 2014 A&G dupes just ready to ship out. One very large stack arrived on my front step not too long ago. 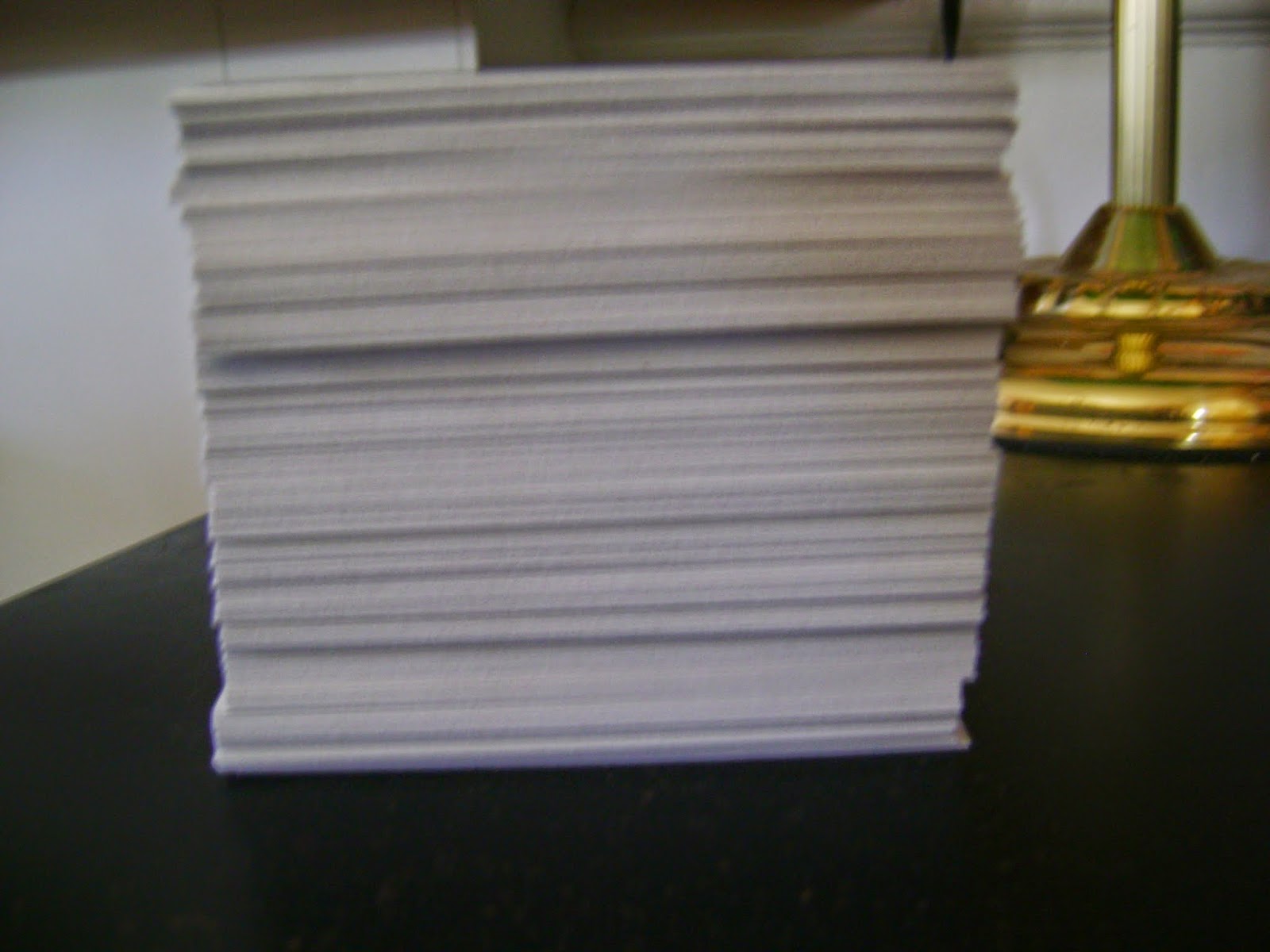 That's not the front step. But that's the stack.

That's 128 cards, which trimmed my want list down to under 50. I've already thrown away the oxygen mask and ripped out the IVs.

I've addressed most of my views on 2014 A&G already, But I did feel a few unspoken thoughts welling up as I looked through these cards, so let's take a listen to those: 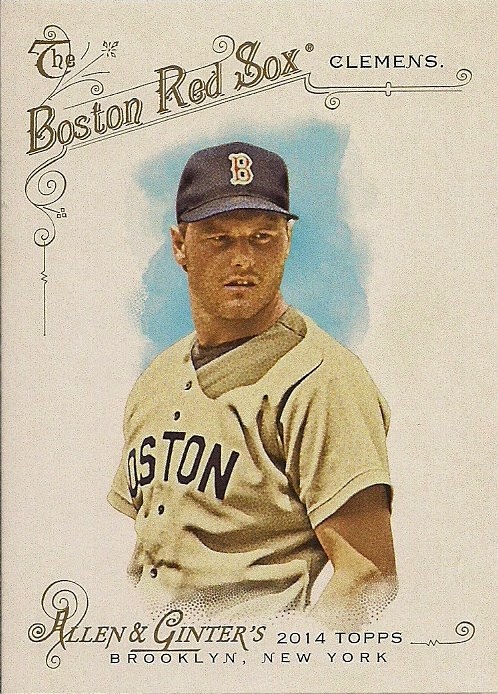 Allen & Ginter has made its peace with the PED crowd a lot quicker than the writers, Hall of Fame or some retired players. I'm not exactly itching for another Roger Clemens card -- I'd be more happy if they were throwing pictures of Rick Burleson and Juan Beniquez on fancy card stock -- but I'm glad baseball cards can be a place where punishments hold no power. 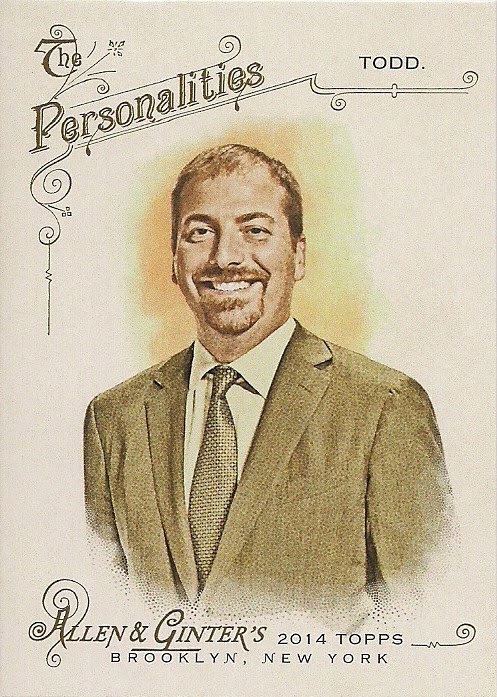 I don't watch cable news so I didn't know who Chuck Todd was until pulling this card. I read on the back that he's a baseball card collector and I'm automatically intrigued. 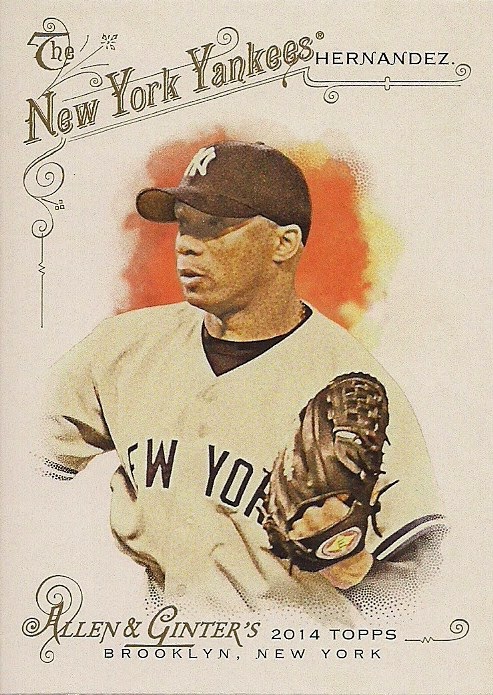 I had to stare at this card for much too long before determining that Orlando Hernandez had not re-signed with the Yankees and was playing for them in 2014. Why does Topps do this? El Duque was still playing in pro ball in 2010! Can we at least let his stats grow cold before throwing another Yankee tribute at collectors? How about a card of Bake McBride please? 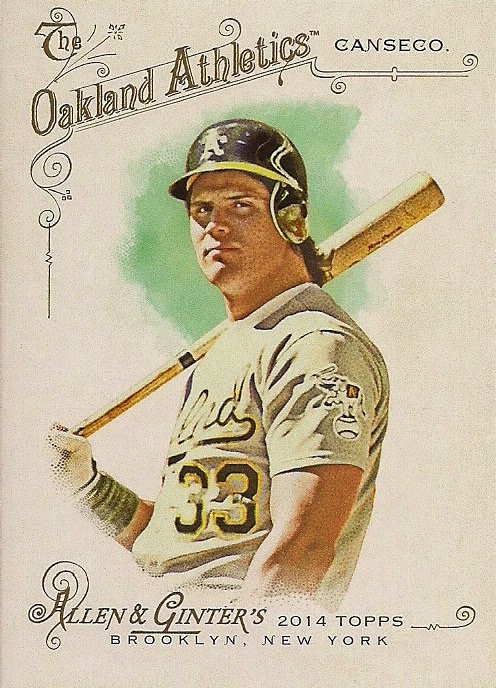 While I like the design of 2014 A&G a lot, there are two distressing things about it.

1. The card stock curls. This has been an issue for the last couple of years. A&G card stock should not curl.
2. This card is miscut. And it's not the only one I've seen recently. A&G cards should not be miscut. 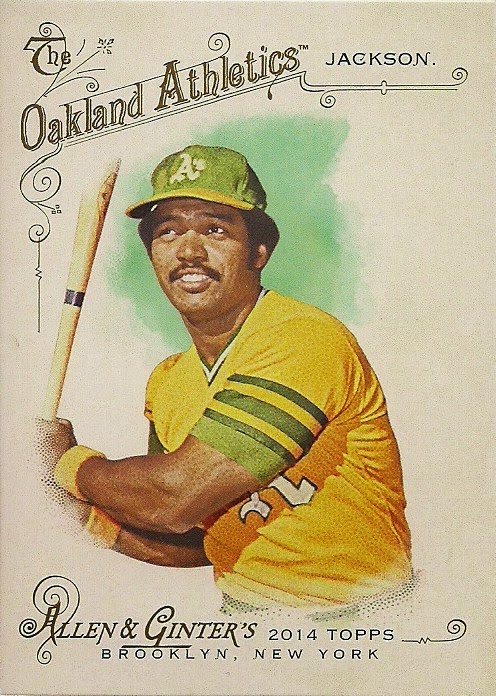 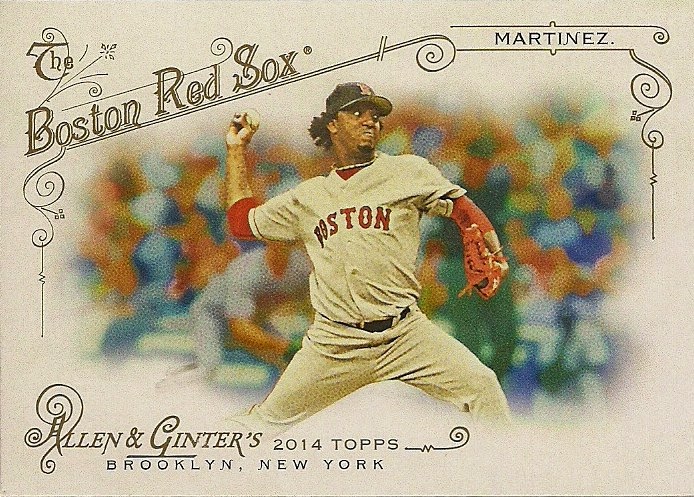 A few months ago I went through the 2014 A&G checklist and noted what a perfect job the set did in projecting which players would make the Hall of Fame in 2015.

Hall picks Pedro Martinez, Randy Johnson, John Smoltz and Craig Biggio all have cards in this set. A&G also made cards for Mike Piazza and Tim Raines, although they just missed out (finishing 5th and 7th, respectively). It's interesting to note that Jeff Bagwell, who was 6th, did not get a card. 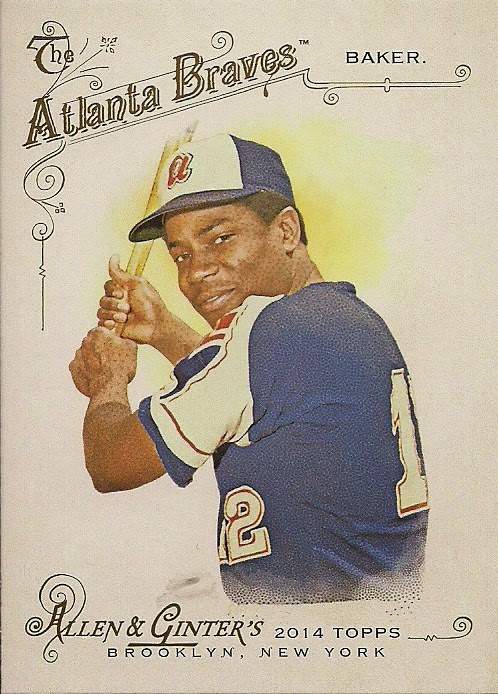 As cool as the '70s Reggie card was, this is not cool. Dusty the player is a Dodger. Dusty Dodger. Alliteration means I'm right. 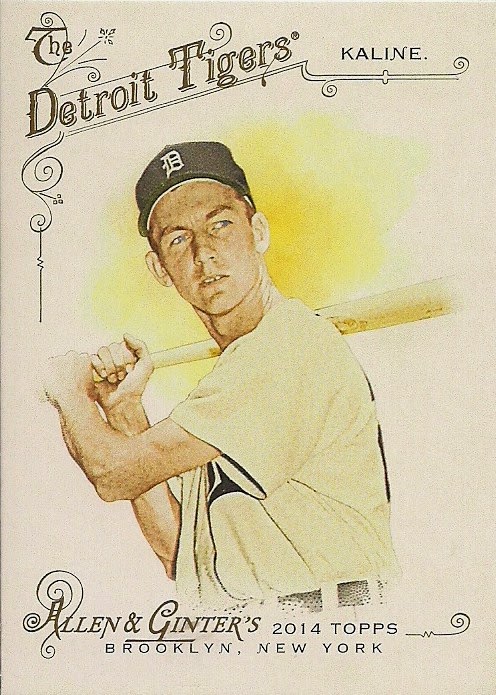 This is a lot better photo of Al Kaline than A&G used last year, which has been reused in one of Topps' insert sets for 2015: 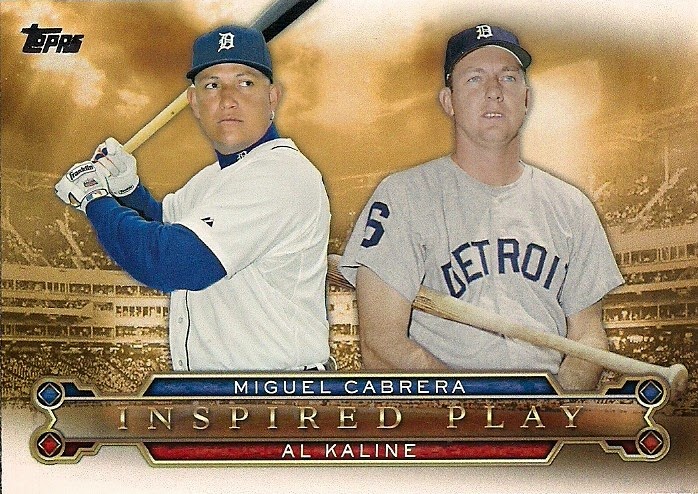 This Kaline photo is a cropped version of his 1970 Topps card. But you really have to be careful about photo cropping when hands are down that way. 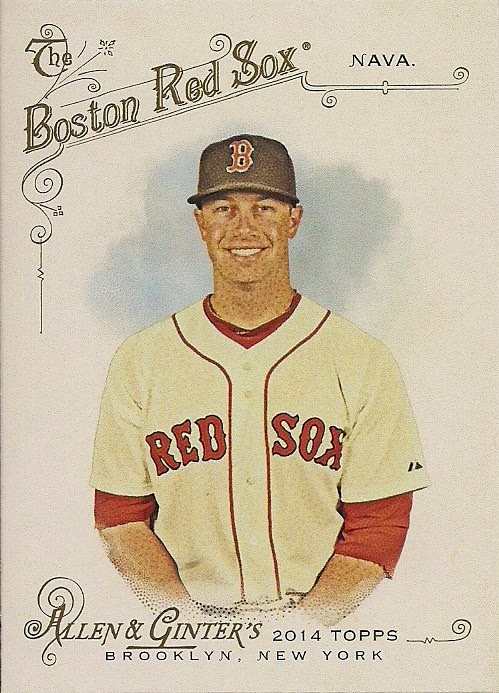 And there's another issue with this card (and a few others in the set). 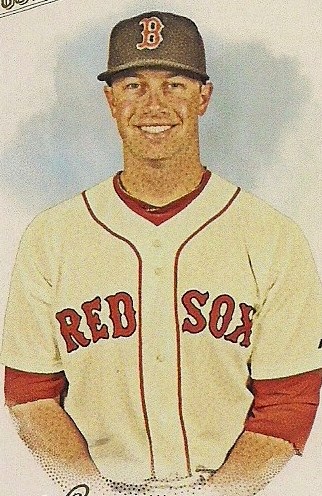 I think Mr. Nava needs to be quarantined. 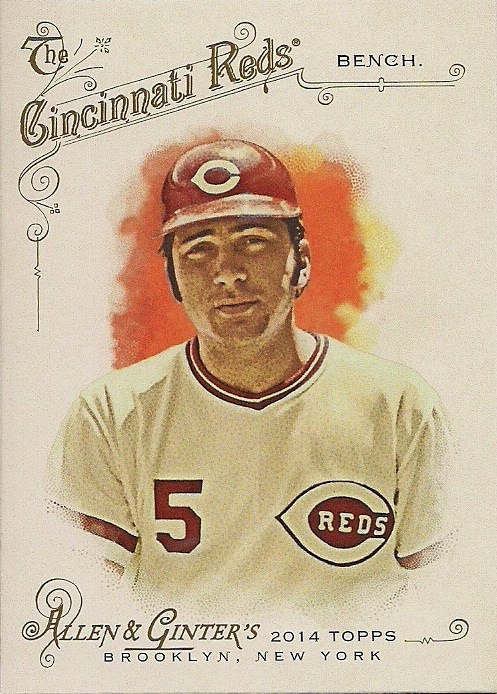 Moving on to better cards. Johnny Bench has been featured in Allen & Ginter for a few years now. But I don't think there's a better A&G card of him than this one. This is how I remember ol' Krylon Spray Paint pitchman. 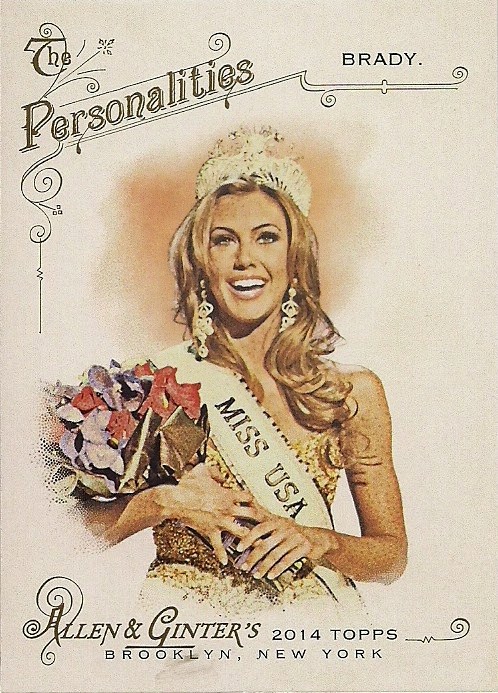 Allen & Ginter overloaded on beauty queens in 2014. The fact that Miss USA Erin Brady is not the A&G Babe of the Year (future post on the way) explains how tough the competition was in 2014. 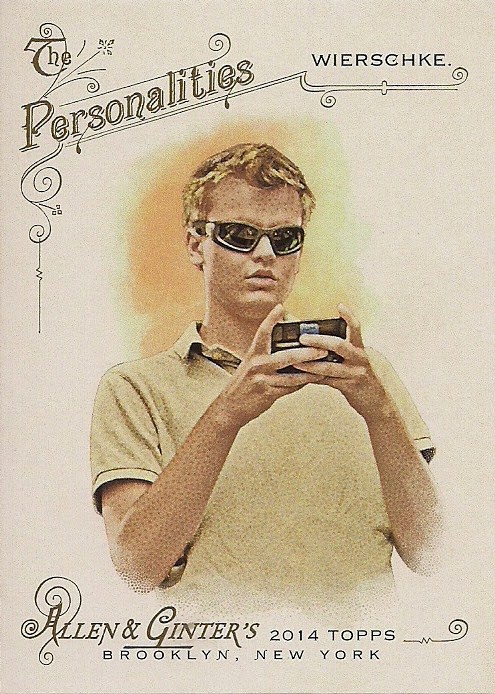 I think we're being entirely too hard on Austin Wierschke, texting champion. We need to be going after the people who thought it was necessary to organize a national texting tournament. 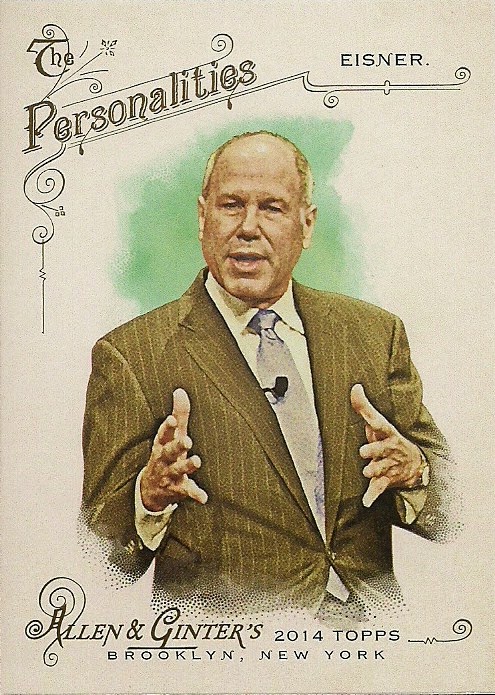 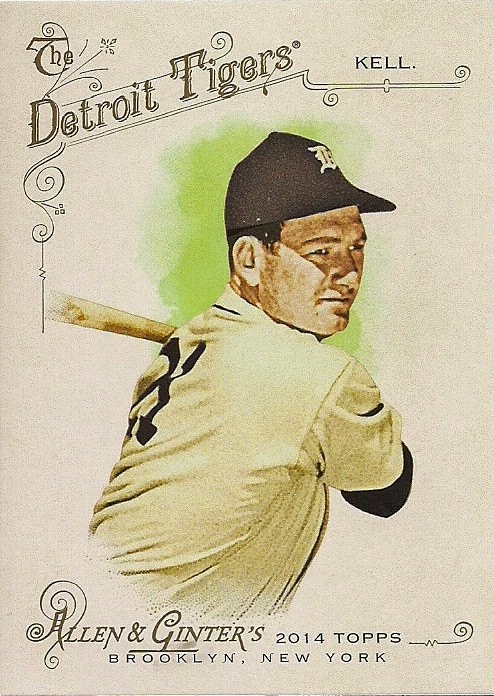 Final card. Just because I felt the need to bring some decorum to the discussion.

Allen & Ginter isn't as good as it was six years ago, but it's still collectible and still probably the most interesting card set on the market.

And it needs to stay around. Because if it goes, I don't know how I'm going to be able to tell one year from the next.

Nachos Grande said…
Ginter isn't what it once was...it's sort of the Toyota Camry of the baseball card world. It's comfortable, it's not too expensive, you get decent value for the money, and it's dependable.
February 13, 2015 at 11:06 PM

deannlauren said…
Could you email me your address? I have a stack of cards for your want list for you. Thanks.
February 16, 2015 at 9:24 AM