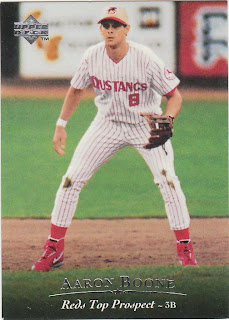 I'm headed out to the old ballpark tonight. It's been awhile.

In the past, that wouldn't stop me. I'd hop in a car and head to any number of parks within driving distance. But ever since my daughter became old enough to care about where she was going, that practice has stopped. I've mentioned before that my daughter isn't interested in baseball. She jokes around with me about how worthless it is, saying swimming or Hannah Montana or Boogie Superstar (if you have a daughter and a Wii, you know what I'm talking about) is vastly more important. And I won't force her to go to games if she's not interested.

But now -- maybe it's her age, or I've finally worn her down -- she's looking forward to a ballgame. And I'm not going to stand around waiting for her to change her mind.

So, we'll be at Alliance Bank Stadium watching the Syracuse Chiefs take on the Charlotte Knights. Those are the Triple A teams of the Nationals and the White Sox. Among the recognizable ex-major leaguers on the rosters are: Corey Patterson, Ryan Langerhans, Norris Hopper, Wilson Betemit, Pete Orr, and Gregor Blanco.

Anyway, this week's night card is Aaron Boone, chosen for this occasion. He's playing for Cincinnati's minor league affiliate, the Billings Mustangs, on the 1995 Upper Deck prospects card. Little did he know at that moment what kind of career he had ahead of him. I've read he's recuperating quite nicely from his heart operation. That's very good to hear.

Oh, and you may have heard that the Dodgers acquired reliever George Sherrill for a couple of prospects (including Josh Bell -- I guess my autographed card of him is expendable now). I can live with that. Will I be able to live with anything else the Dodgers may do in the next 24 hours? That's the question isn't it?

Matt Runyon said…
Sounds like a fun night. I REALLY miss being close enough to a minor league park to go to a game. The closest ones for me are Tucson (do they have a team anymore?) which is 4 hours away, or Albuquerque which is 5-6 hours away. H

Captain Canuck said…
dude. That sounds like an awesome night.

but btw, Gregor Blanco is currently in Gwinnett playing for the baby Braves, and Ryan Langerhans is mannig LF for the Seattle Mariners.
July 30, 2009 at 7:41 PM

night owl said…
I think I looked at an older roster or something. Obviously, Blanco and Langerhans weren't at the game. But Pete Orr was. He struck out three times and was thrown out at the plate.
July 30, 2009 at 11:32 PM

Two Packs A Day said…
Tucson has the Toros, an indy team in the Golden Baseball League. The PCL club (Sidewinders) left after the 2008 season, headed to Reno as the Reno Aces.