The pros and cons of surprises 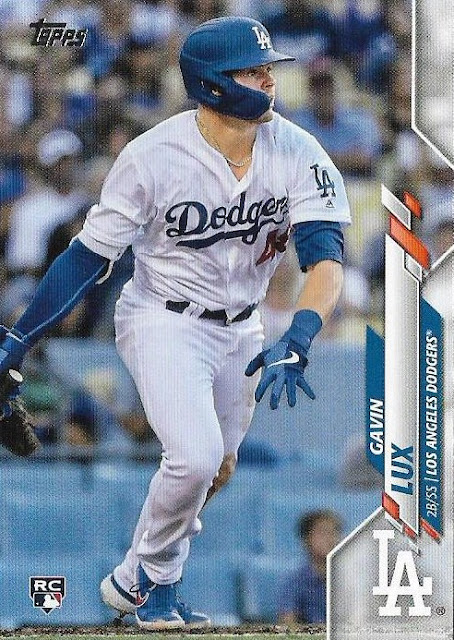 Everyone knows that there are good surprises and bad surprises.

If you've been on this earth for more than 20 years or so, you've had your share of both.

In general, I'm not a surprise guy. I like what I like and I stick to that as much as I can. Some would consider that an attempt by me to control things, and I would say, "I didn't ask for your psycho-analysis," but it's more of a roll-with-the-punches thing. I'd rather know what's coming -- because the bad surprises can wear one down -- but if something unexpected shows up, I'm still able to handle it without panicking or running away.

When it comes to cardboard, there are more good surprises than bad. Sure, there was that one time when someone sent me 868 Eric Karros cards from 1992 Upper Deck (yes, I still have them). But most of the card surprises are positive, I've found. Card collectors are a thoughtful bunch.

Take a recent envelope that I received from RC McBride the other day.

The envelope itself was a surprise. I wasn't expecting anything from him. (Not that I ever am, actually).

The first card I saw was a surprise. It was Gavin Lux's rookie card from 2020 Topps. R.C. seems more like the vintage type and this card is the exact opposite of vintage. It is a Hot Rookie according to all the Hot Rookie People who define whether a set is "good" or "bad" by how many Hot Rookies are in it.

To them I say: this card is mine, stay away from my Hot Rookie card. 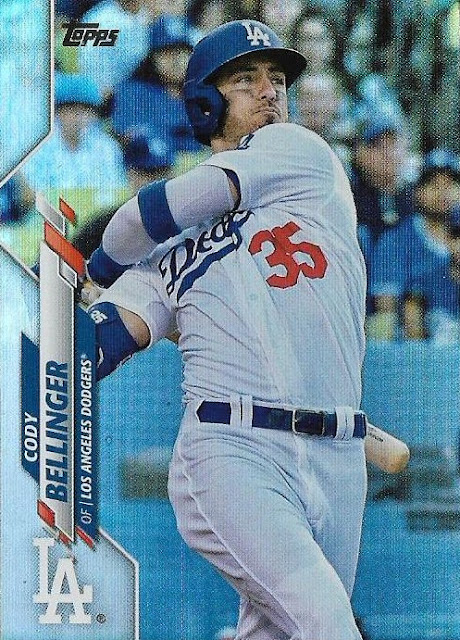 Next card: a foil parallel of the unparalleled Cody Bellinger.

There is plenty about the Astros cheating scandal that gets me riled up, but one positive is how many players have spoken honestly about how upset they are at the Astros and at MLB's response. Few players -- with the exception of the Astros -- have stuck to scripted comments that say nothing, which is too often the case with MLB players. Open-and-honest is all a sports writer could ever ask for, but also it underlines exactly how important this issue is to players, which is why Astros fans' claims that "everybody else was doing it" is suspicious at best. You've got Trout, Bryant, Bellinger, Torres, Clevinger, Archer, the list goes on an on, saying exactly what they think is wrong. The next card is even fancier. It's one of the 1985-themed parallels that come from hobby boxes, which means I never pull them. I have to buy them online or hope somebody surprises me.

I've seen some collectors puzzle about the 1985 theme this year, asking why is Topps celebrating such a rando anniversary like the 35th?

How soon we forget.

Topps once was celebrating 30th anniversaries with its inserts in 2017 when it issued 1987-themed inserts. Like so: 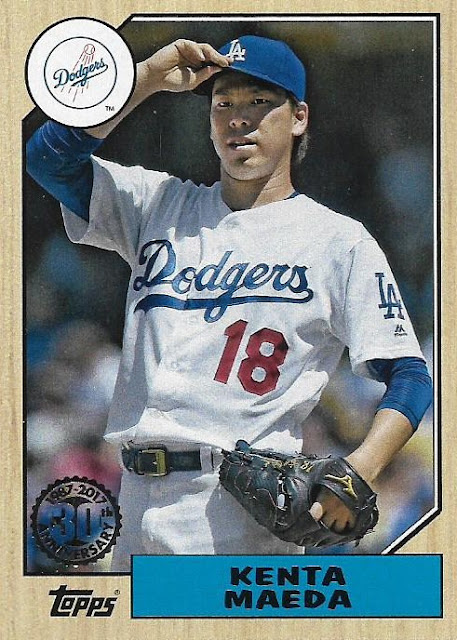 Topps isn't done pummeling that horse carcass with its '87 design but it very nearly did it in 2017. Since that point, Topps has stayed stuck on the 35th anniversary. It will be interesting to see what happens in the future. My guess is that in 2022, we'll be stuck with another avalanche of 1987-themed cards, unless even Topps comes to its senses and realizes everyone reasonable is sick to death of it.

Possibly a more likely possibility is scrapping this insert idea in the next year or two. Which would probably be smart.

So, anyway, I've gotten off track. The point here is surprises. Good surprises. And so far all this PWE had produced were cards from 2020.

Next and final card: 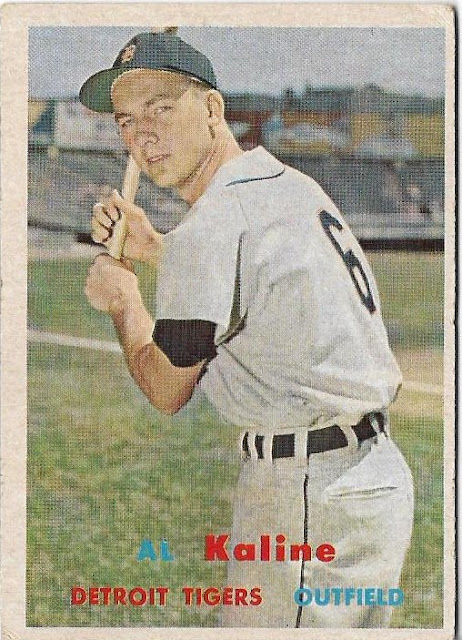 My brain couldn't register this immediately. Initially, I thought it was a Topps replica of the '57 card, some sort of Archives thing. It was in such terrific shape.

But with a clearer mind I realized that -- Yes! -- SURPRISE! -- it's an actual second-year fourth-year Al Kaline card all the way from 1957!

This is totally not unlike R.C., given what he has sent me in the past, but it's still a surprise.

I fully plan to keep this card. But it's a fact that I have no intention to complete the 1957 set and it IS a 1957 Al Kaline card that some other blogger might want.

I'd be willing to trade it for one of the better cards on my 1956 Topps want list -- nothing like a Mantle or Clemente, of course. But I'd trade it for a Berra or Nellie Fox or Billy Martin or Aparicio or even one of the team cards I need.

Anyway, just putting the thought out there. Totally into keeping it of course.

Because sometimes you have to hold on to those good surprises to remember it when the bad surprises come along.

Sean said…
Not to nitpic (well, OK, yes to nitpic) but that's Kaline's fourth year card, not his second.

Beautiful card though and yeah, that does count as a pretty amazing surprise.
February 17, 2020 at 8:22 PM

bbcardz said…
Being a Topps flagship fanboy (did I type that out loud?), I actually like the '88, '89 and especially the 1990 base card designs. Yes, I know those designs don't enjoy a great reputation among many collectors (especially the investor-types) but those designs are cool with me. Those designs are not offensive to me. They are fairly original and distinctive. I would have enjoyed seeing Topps produce 30th anniversary insert cards based on those designs (especially the parallels). Topps will probably have to wait until those designs somehow become retro-trendy before they consider doing that. I hope that happens sometime during my lifetime.
February 18, 2020 at 12:38 AM

GCA said…
I'd say I'm really annoyed at those "Hot Rookie" people (and I am either way), but I'd probably annoy 85% of all current collectors. At least according to Topps marketing.

Fuji said…
I personally feel like Topps has gone way overboard with using past designs for inserts. If they just stuck to Heritage and Archives for that niche, I'd be content.
February 19, 2020 at 9:20 AM