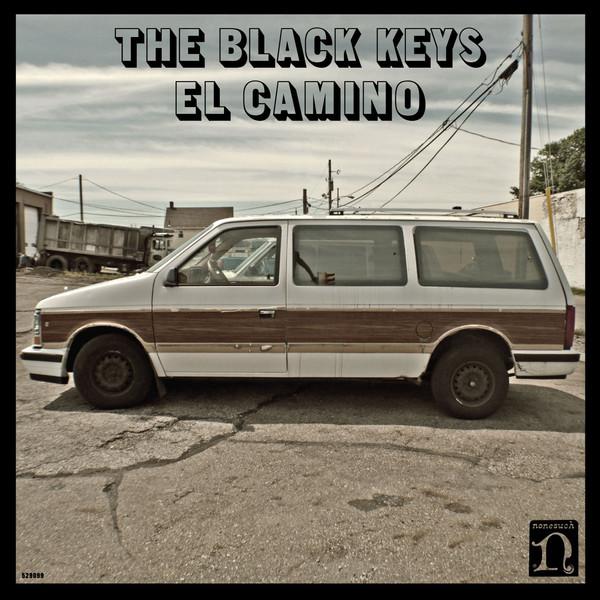 These are the things we do during the offseason while waiting for the new cards to come out.

I've got a new series on the blog. I don't know how long it will last or how often it will occur. It might be a one-and-done deal. But it's interesting to me right now, and that's all that matters. Right?

My favorite album of the past year, by any large unit of measurement you prefer to use, is "El Camino," by the Black Keys. Phenomenal stuff. Every song kills. And like an idiot, I've downloaded half the album song by song, instead of buying the whole thing, which would have been much more efficient.

But this blog is about baseball cards, of course. So, in order to match baseball cards up with my love of this album, and of music in general, I decided to see if I could find a card to match the song title of each song on the album. It's a nice, mindless exercise in nonsense, perfect for the offseason and perfect (*throat clearing noise*) for when I don't have time to post anything else.

To make it even more mindless, I'm matching the card only to the song title, not to the meaning of the song. We could talk for years about song meaning and I don't want to get into that at all. Those discussions get too crazy.

And just so you can double-check my work, this is a list of the songs on "El Camino."

All right, here we go. 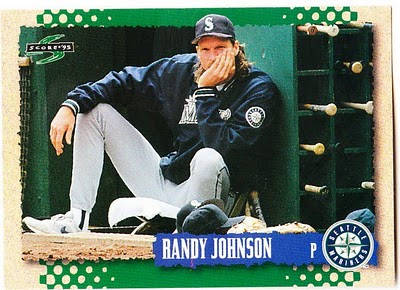 Track 1: Lonely Boy. Not only lonely, but apparently a tad disgusted. Also, awesome song. Song of the year, if not for a later track on this album. 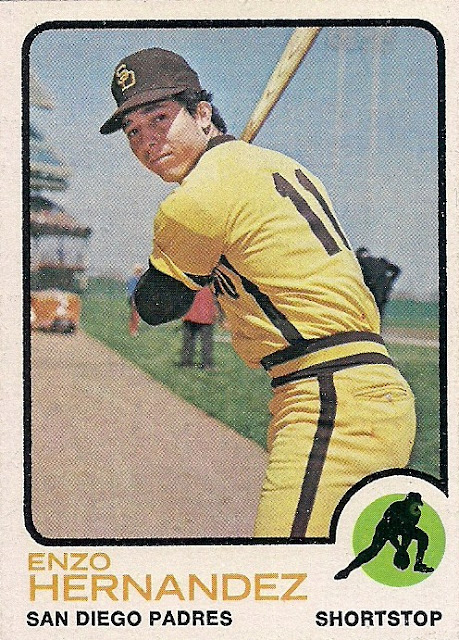 Track 2: Dead and Gone. Some of you may have heard about the untimely passing of Enzo Hernandez over the weekend. He was 63. Hernandez was famous among baseball geeks for his ability to produce only 12 RBIs in 549 at-bats in 1971. It's considered by many to be one of the worst offensive seasons ever.

I also believe that Hernandez's passing means that 70 people featured in the 1975 Topps set have now died. In other words, I'm old. 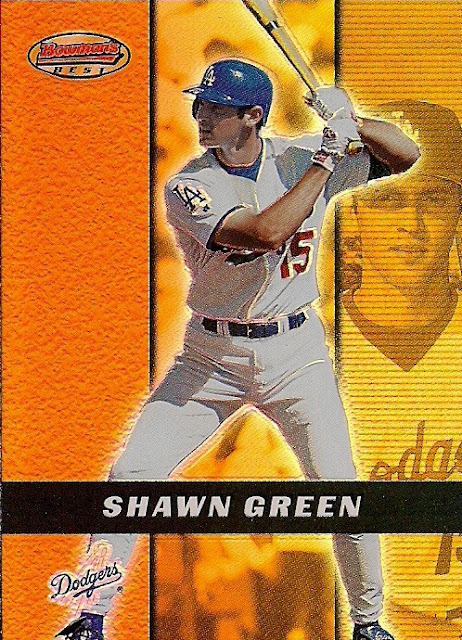 Track 3: Gold on the Ceiling. Song of the year. Just sterling. I pretty much hum this song to myself every time I see cards like late 1990s Bowman Best. If it was possible to live inside a baseball card, and you lived inside a late '90s card like this, there'd definitely be gold on the ceiling. And the floors, the windows, the doors, the dog, etc., etc. You'd be a mini Midas. 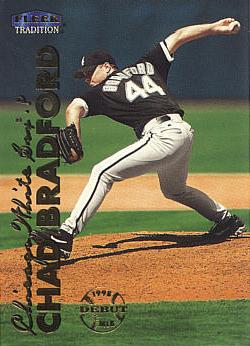 That leaves a sub-style pitcher in a black uniform, and Moneyball darling Chad Bradford fits the definition.

Although while scanning the internets, I found this bit of spooky: However, this, from the same site, is tremendous. 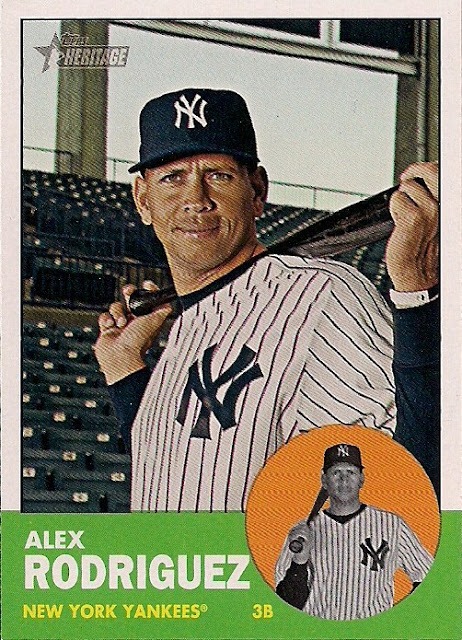 Track 5: Money Maker. Is it still possible that Alex Rodriguez has the highest yearly salary in baseball? Not that I'm encouraging anyone to make more, but shouldn't someone who makes $30 million a year have a less dorky look on his face? 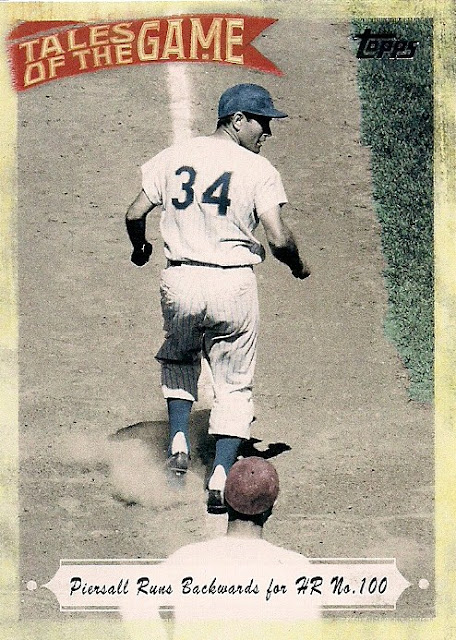 Track 6: Run Right Back. I think circling the bases backward after a home run comes close to this title. It's the first card I thought of anyway. 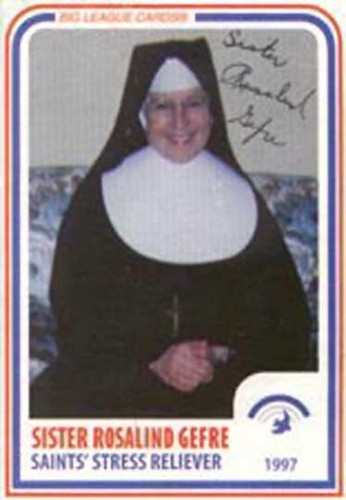 Track 7: Sister. Until I found Sister Rosalind here, this was a stumper. I immediately thought of Venus or Serena Williams, but my tennis collection is fledgling and I don't have a card of either. But then I stumbled upon this card online. I try to feature my own collection on this blog, but this is just too terrific. 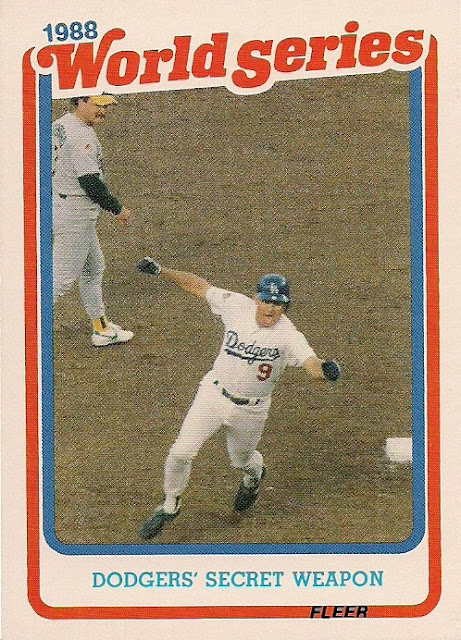 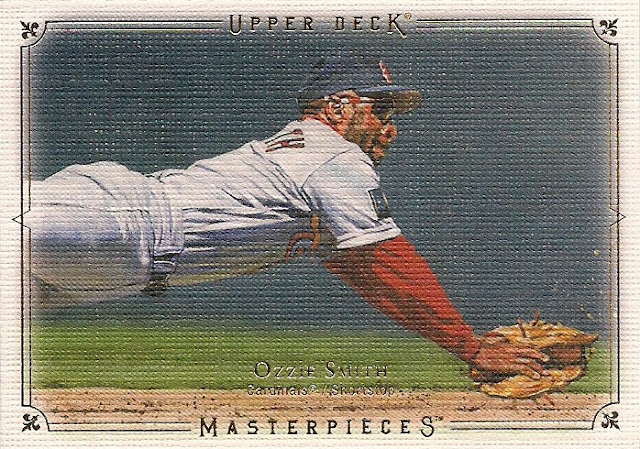 Track 9: Stop Stop. Outside of finding a card featuring a third base coach throwing up the stop sign, I think a card of the Wizard stopping another shot up the middle works quite well. 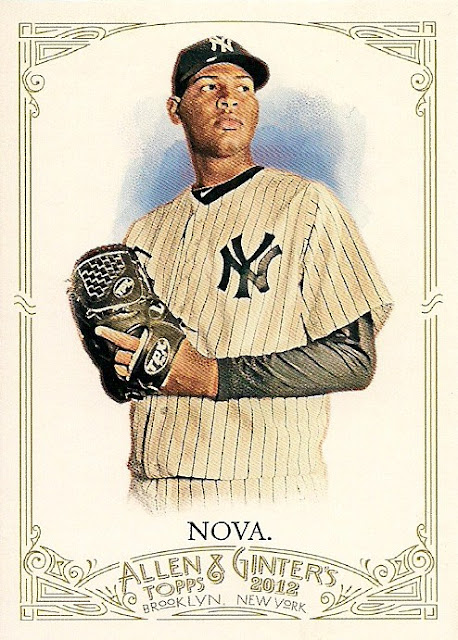 Track 10: Nova Baby. Every time I look through last year's A&G set I can't get over how many Yankees are featured. It's quickly becoming my least favorite A&G set of all-time. 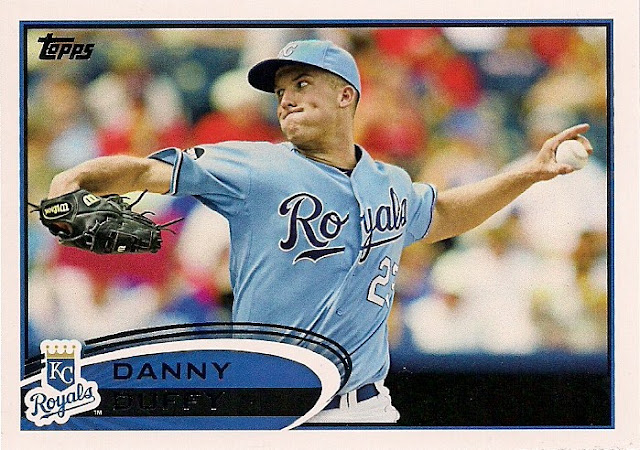 Track 11: Mind Eraser. I could have gone with the cliche, and featured a noted flame-thrower like Nolan Ryan or Clemens. Or I could have shown Strasburg again. But how many of you know that Danny Duffy is one of the hardest throwers in baseball?


And that's the end of the album.

Hope you enjoyed. I do plan to do this again -- probably with a lot of older albums (cause I'm an older guy).

Roy-Z said…
Glad you found that Duffy is one of the hardest throwers. He's a solid character on the Twitts, too.

JediJeff said…
Might have gone with Shingo Takatsu for the Little Black Submarine. Yeah, he's more side arm than submarine, but he does qualify as little, compared to Bradford.

And next time, hows about some YouTube links. Com'on - help a brother out!

night owl said…
I was going to do links, but like I said, I didn't have any time.

runfore!kelloggs baseball cards said…
Great, I might actually know some of the older songs. Fun idea.
January 14, 2013 at 9:09 PM

The Prowling Cat said…
love the idea. Now that you laid the groundwork, and said there might be more there has to be more.
January 14, 2013 at 10:42 PM

Marcus said…
The Black Keys are freaking awesome! A few years ago, I made a list of the top five bands that I wanted to see in concert. They're the last ones I need to cross off the list. El Camino was great, this and Rubber Factory are my favorite albums of theirs.

Anonymous said…
I can think of quite a few additional reasons A-Rod shouldn't make 30 million, but that dorky look is fine, too.

Jason T. Carter said…
You have posted a lot of great stuff over the years. I have enjoyed this blog from the first day I found it.

Today, you have topped everything you have ever done.

Way to set the bar out of reach of the rest of us.

AdamE said…
Not only do I not know any of those songs I have never even heard of the Black Keys. Does that make me young or old? (really, I have no idea what kind of music it is)

GTT said…
Well, this feature's certainly stuck around through the years. I really like the Black Keys, and "Gold On The Ceiling" is probably my favorite song of theirs.
February 24, 2021 at 6:56 PM