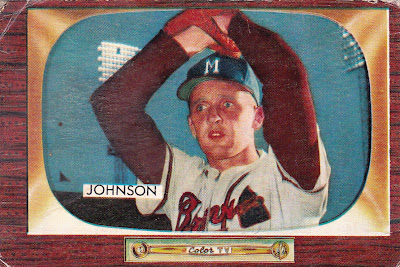 I wouldn't be a proper night owl if I didn't post a night card of a terrified-looking Ernie Johnson on Halloween. I'm not sure what's happening to Johnson's batterymate during this particular moment, but it seems really heinous.

This artful '55 Bowman item arrived from dayf, of course. He's the only I know who has cards like this just lying around that he can send. The card is so phenomenal that it's uprooting the status quo:

1. If I'm going to alter the header on the blog a little, does EJ deserve a coveted spot up there?
2. If the card is going in the night card binder, I'm going to have to find an 8-pocket page. 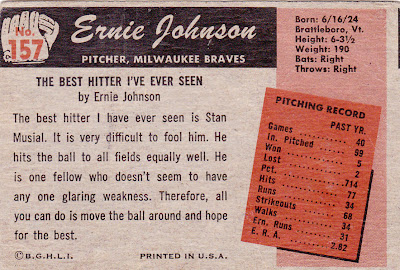 The greatness of '55 Bowmans does not end with the card fronts as the card back countdown taught us. Ernie's little story about the greatest hitter he's ever seen gives this card insider info that mere stats can't match. Plus, when was the last time you've heard someone refer to another person as a "fellow"? That doesn't happen often enough anymore.

This was just one of the cards that dayf sent. And you know I'm going to show a whole bunch more of them.

I'll start with another somewhat spooky card, only because of the way it emerged from the scanner: 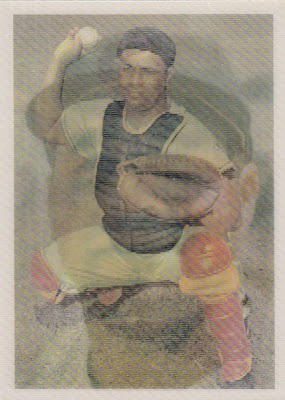 Is that ... is that ... an EYE in Campy's catcher's mitt? Sportflic Campanella has a one-eyed catcher's mitt! The horror! (Spoiler: It's actually not Campy's eye, it's the ring under his left eye -- late night out apparently). 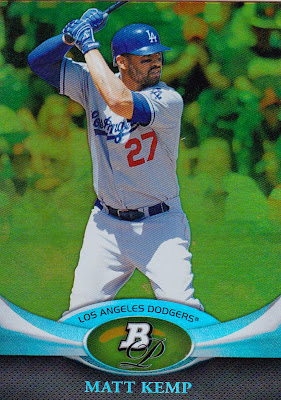 Here is another semi-creepy card. This is the gold parallel of Kemp's Bowman Platinum card. But the scanner turned the background green for some reason, and now all the fans in the stands look like they just got slimed. 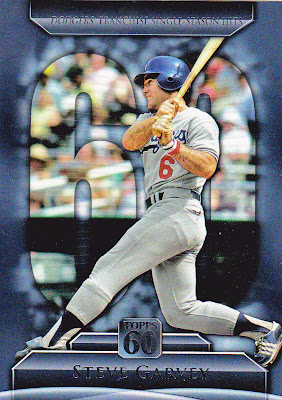 This card isn't creepy at all, unless you're one of Garvey's many ex-girlfriends. Then it's both creepy and slimy, and a little infuriating. 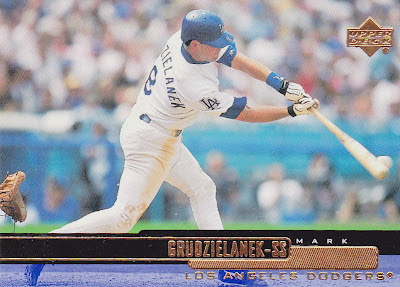 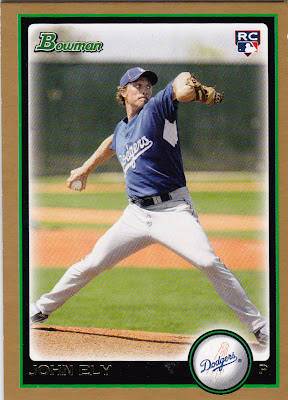 Gold of a guy who's probably not going to mean much to the Dodgers after all. 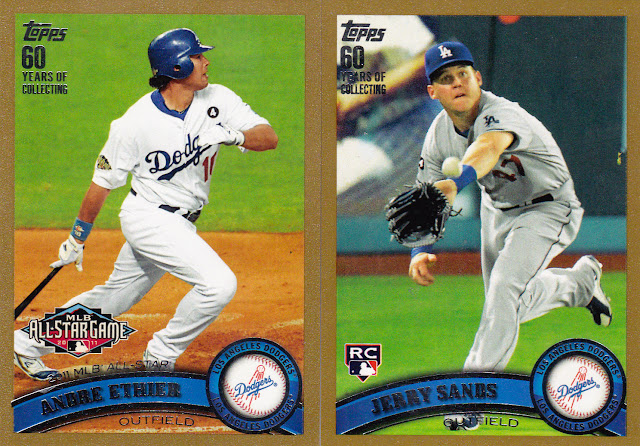 Gold of two guys who mean a lot more. 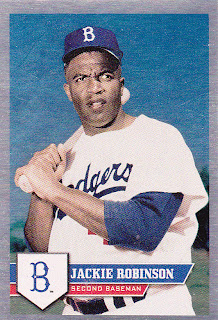 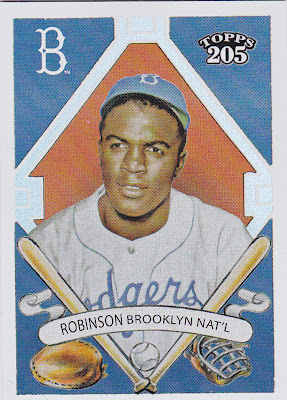 Two shiny Jackies, but vastly different in nature. The first is a 2011 Topps sticker. My first one, actually. The Target I frequent has no stickers. The second is something from last year's Topps Tribute, I think. I can't tell you more than that, except it's thick and has a sheen to it that will light up the block after all the trick-or-treaters have slipped into sugar comas.

The Robinson card is a nice finish, but I ain't done. 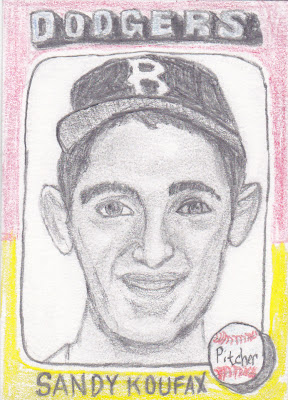 I dare you to stare into his eyes.

I've already done so many times. On good days, I can see Koufax's entire 1965 season. On bad days, I see outtakes from Billy Madison. Which really isn't so bad.

I grasped the 1975 Topps connection right away (I'm swift like that). But I had to turn the card over to appreciate its full message. 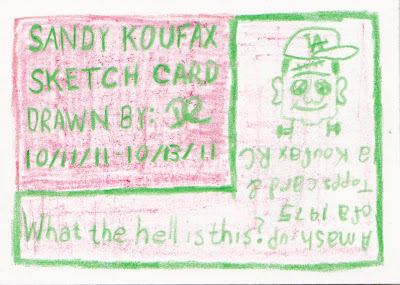 First, I'm somewhat impressed/disturbed/appreciative/quizzical/understanding that it took two days to produce this card.

Second, I love the '75 card back tribute. The perfect shade of red and green and pink.

Finally, and, of course! This is a Franken-Koufax! A mashup of the Koufax rookie and my favorite card set! On Halloween! ... It's ALIVE!

I'm somewhat of a drawer myself, although I don't have the time to do it anymore. I also don't have the accuracy that dayf has -- but he could see a certain artistic rendering in a return package. And, no, that's not a euphemism for anything.

Robert said…
I can't see you replacing any of the Dodgers cards in the header, and Mr. Met is after all a night card, so he can't be replaced either. That leaves either Fregosi or Halladay. Since this blog is more of a tribute to the past than the present(baseball card wise), I would say bye bye Mr. Halladay. Just my opinion however...
October 31, 2011 at 9:57 PM

jacobmrley said…
i have some 8 card pages laying around. 55 bowman will fit in a standard 9 card page with a little sticking over the top in the meantime until i get around to sending the page with some cards.
October 31, 2011 at 10:45 PM

dayf said…
Terrified Ernie is due to some register problems with the printing. Kinda odd actually, the one I kept has normal looking eyes.

I've got plenty of 8 pocket pages too if you need one.

Oh, the FrankenSandy took three days actually. I had to take a break every so often to draw ponies, obviously. And go to work and sleep and stupid stuff like that. Mostly ponies though.
October 31, 2011 at 11:26 PM