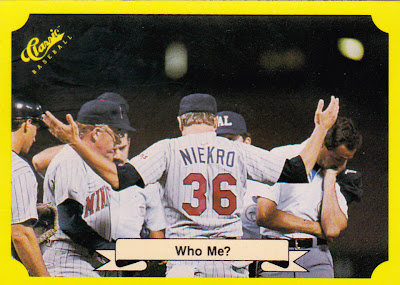 Trying to pinpoint the years on these Classic cards always befuddles me. All I know is the event depicted is from 1987. (Aug. 3, to be exact).

That's the famous Joe Niekro emery board incident, in which Niekro was accosted on the mound by a team of umpires, asked to empty his back pockets, and when he did -- pushing his hands to the sky in a "I got nothing" gesture -- an emery board sailed out of his pocket. The look of the ump on the right is priceless as he's just spied the evidence fluttering to the ground.

The emery board actually wasn't incriminating since knuckle ball pitchers like Niekro need to keep their nails filed. But a tiny piece of sandpaper also plopped out, the umps found scuffed balls, and that's what got him suspended. Video of the incident played everywhere, and Niekro famously appeared on The David Letterman Show, carrying a power sander.

I wonder if something like this would be treated as comically today. Sports is so serious now.

Thank goodness we have baseball cards to remind us of the game's childhood roots.

The above card was sent to me by Don of the leisurely-updated Tiger Sportscards and Other Ramblings. He sent a whole mess of night cards, most of which I'll reserve for future postings.

But I won't send you away without seeing any other cards! One-card posts can be a downer, unless you post five times a day and make fun of Arthur Rhodes (lovingly, of course). 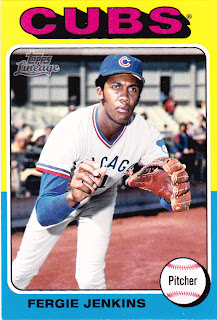 The Lineage mini quest is slowing down a bit. But I'm trying to hold off on any trips to big-box land so I can go on a tiny mini spree. 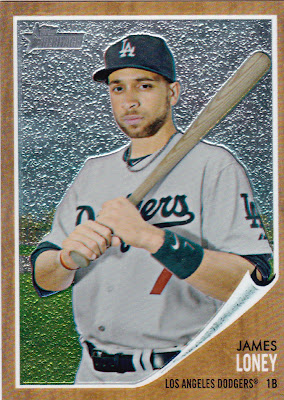 This is the card that Don told me he'd send. With the Chrome Heritage version of Loney, I now have 4 parallels of this year's Loney Heritage card: 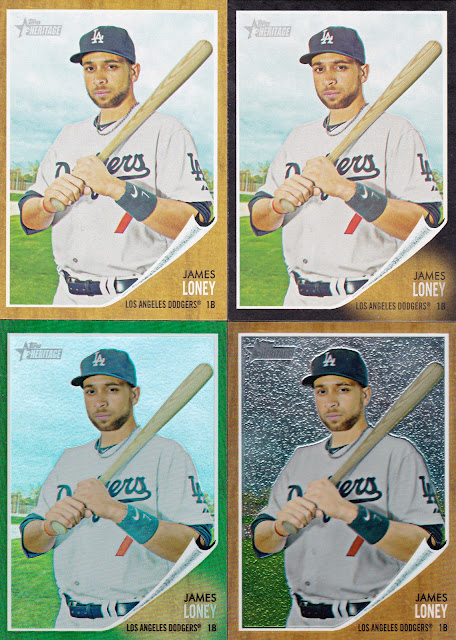 I suppose this is an instant sign that Loney will be traded in the offseason. 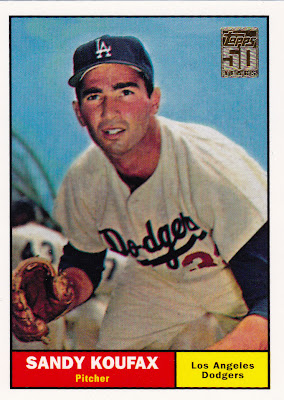 The excitement just isn't there on these Topps Archives cards when you have the original. And the completist part of my brain just slapped me for writing that. 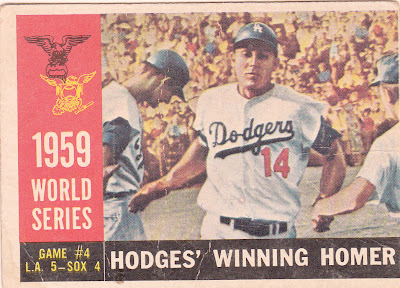 A creased, off-center "Hodges' Winning Homer" card to go with my non-creased off-center "Hodges' Winning Homer" card! If I wanted to, I could collect a binder filled with different conditions of this one card. How come there aren't collectors like that out there? OK, there probably is. Stupid me. I apologize for ignoring the fast-growing category of  "condition completists." Sorry for not acknowledging your value in this industry. Good luck to you.

This card also reminds me that I need to get to work on obtaining World Series cards from this set, and especially the 1964 Topps card set ("Sealing Yankees' Doom" is still out there waiting for me).

Thanks Don for those great cards.

I'd like to throw a Rangers card on here to spark Texas in Game 4 tonight, but all Don sent me is a Will Clark card and I just can't be putting cards up of him on my blog.

Besides, that stuff doesn't work anyway.

Ignore what Albert did in Game 3.