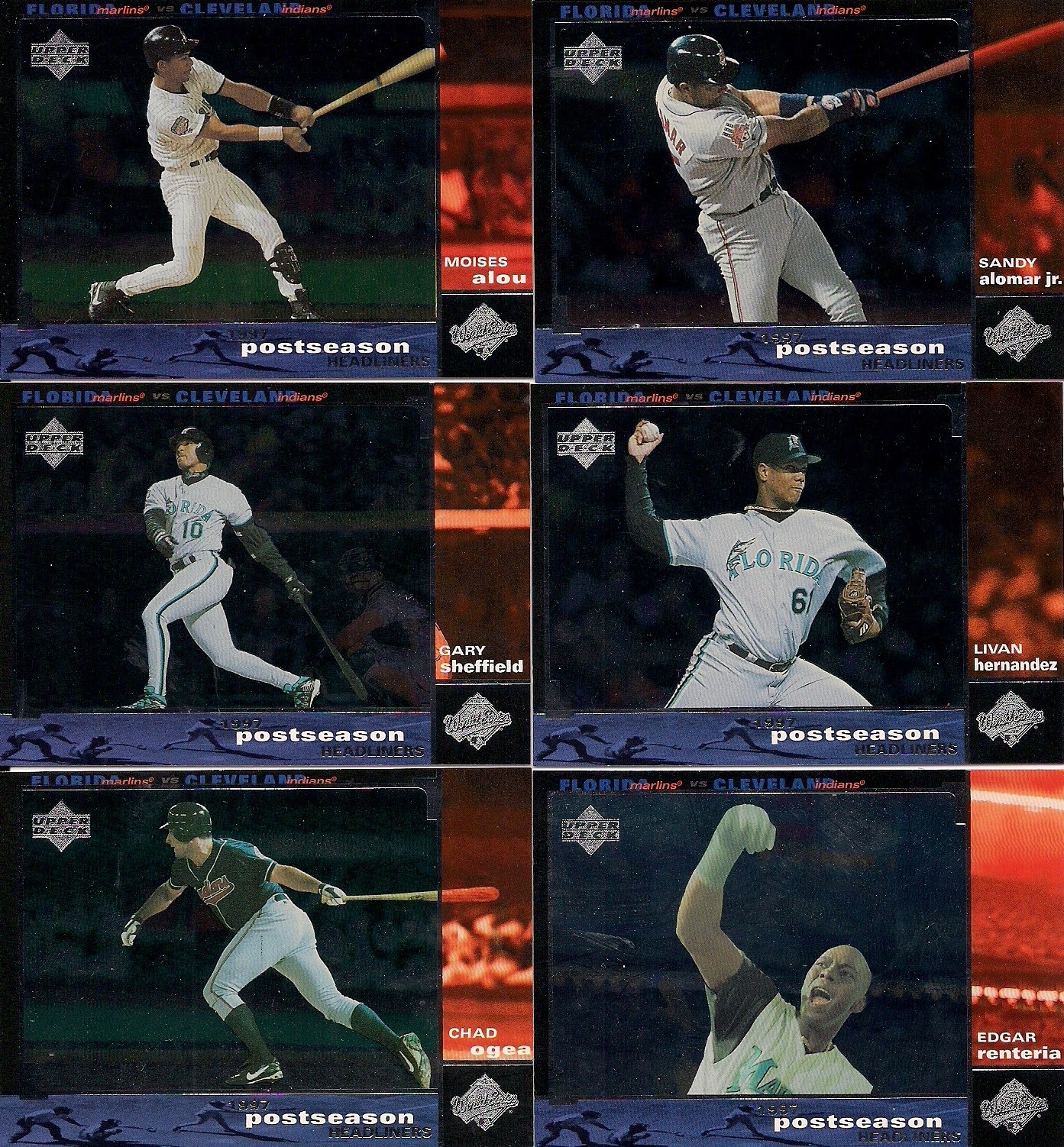 I also mentioned that other card companies have picked up the slack for when Topps ignored the World Series altogether. Fleer and Upper Deck in particular.

This is one of the Upper Deck examples. I wasn't even aware of UD's tribute to the 1997 World Series until Dave K. sent a bunch of night cards a few weeks ago. Baseball cards, and baseball in general, were not on my mind much in the late '90s.

And the card backs do it up right, too. 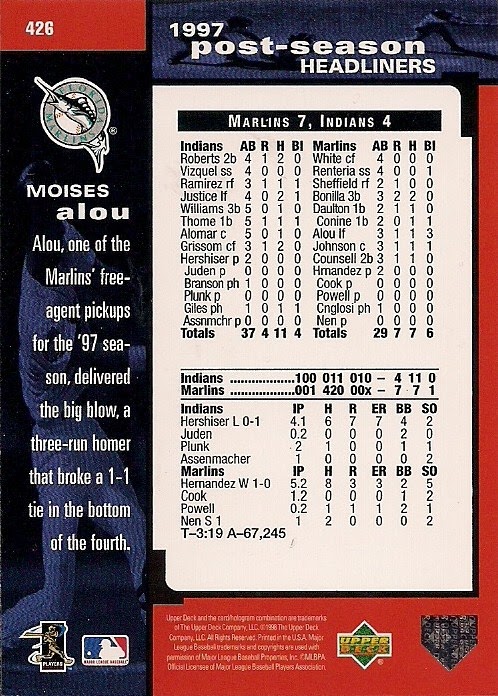 That's a full boxscore of the game and a brief summary on the side.

The 1997 World Series is noted for Edgar Renteria's game-winning hit in the 11th inning to give the Marlins the title. It is one of the few World Series to end on walk-off hit and it gave the Marlins their first championship (I can imagine the whining about TV ratings if the Indians and Marlins were to meet in the Series today, heck, I'm sure they whined about it then).

It also happens to be the first World Series that I presented in the newspaper at my job. I was only a few months into leaning how to edit and Game 7 of the Series was my first big test.

As you probably saw, I showed only six cards up top even though there were seven games. That's because I'm missing Game 4 from the Series.

It took some doing to figure out which game I was missing because nowhere on the cards does it mention which game it is (this is so Upper Deck, to skip a basic detail). Fortunately the cards are numbered to correspond with the chronological order of the Series. Card #426 is Game 1 and Card #432 is Game 7.

Do these cards go in the night card binder?

That's tricky. I'd like them all to go in the binder, but two of the Series cards share numbers with two other night cards already in the binder.

Those two cards are this card and this card.

There is no way I want to take those fine Fleer specimens from the binder. They're both terrific night cards. However, there is a "down the road" plan that says that I will one day attempt to complete both the 1981 and 1982 Fleer sets. And if that's the case, then I will need both of those Fleer cards for set completion and that will clear the way for the 1997 Upper Deck Series tribute.