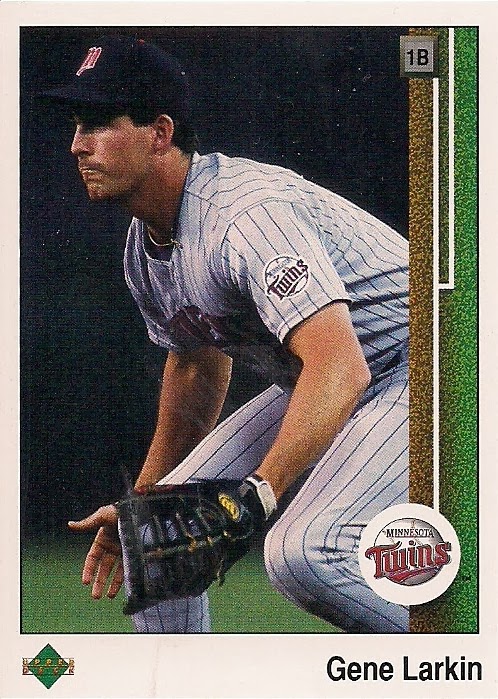 If I were to figure out which set had the greatest number of night cards -- and I have no plans to do that, although who the heck else is going to do it? -- I know that it would not be 1989 Upper Deck.

It'd probably be some set from the last five or 10 years, when technology was at its finest and night games weren't the obstacle that they were in the past.

In the 1980s, night games were still a project. But bless 1989 Upper Deck, they tried. They really, really tried.

I have maybe 70 cards from the '89 set. Probably 25 percent of them are night cards. That's a skewed percentage because the majority of my '89 UD cards have come through trades and those traders know I like night cards.

But it's still likely the set from the '80s with the greatest percentage night cards.

My good buddy Dave K. knows this and sent a whole bunch of night cards the other day, along with some other very fine goodies that I'll show off some other time.

Among the night cards was the Gene Larkin card above. 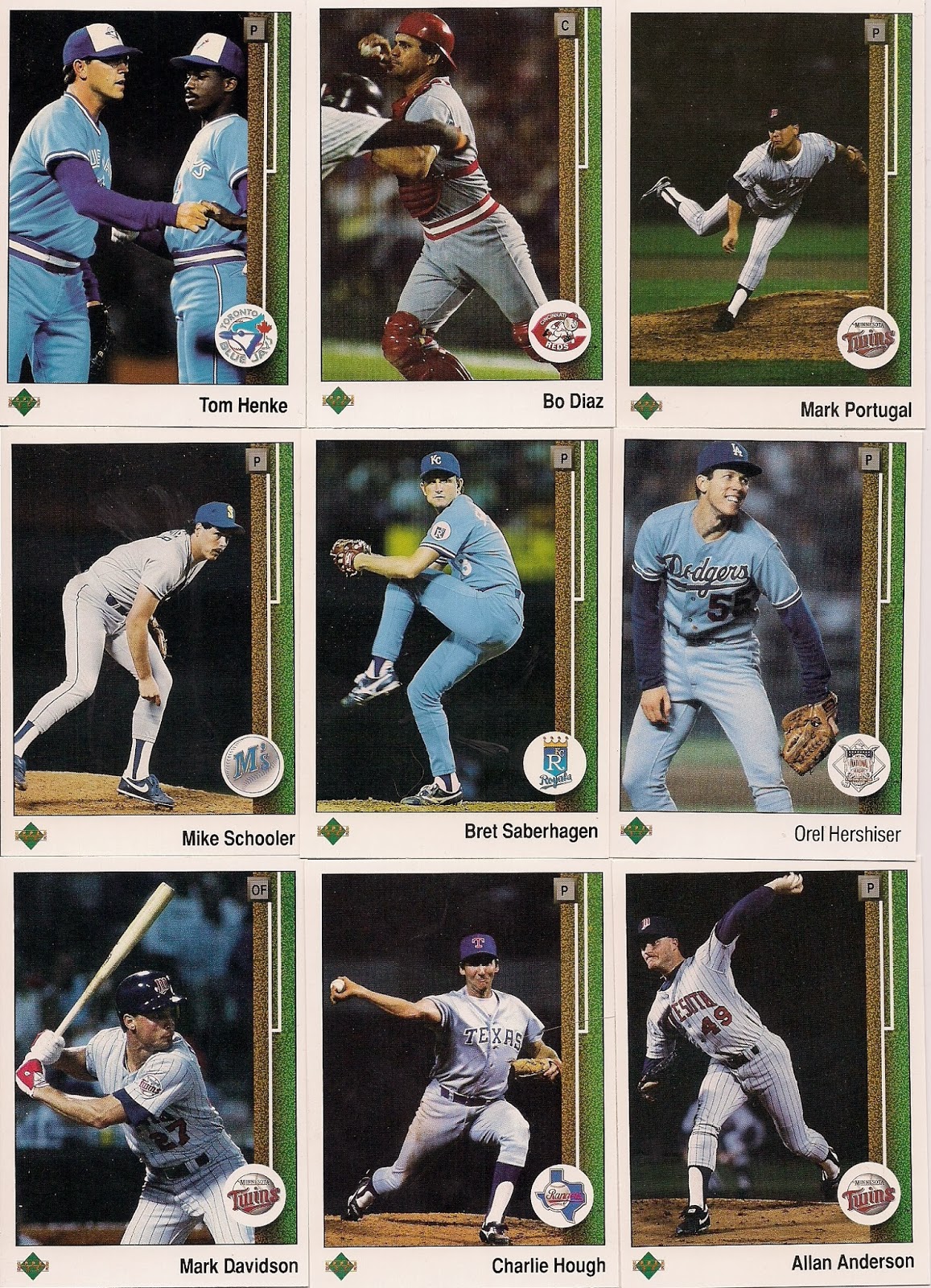 All of those that you see above are going in my night card binder.

These three that Dave sent have already been awesome night card topics and already reside in the binder. 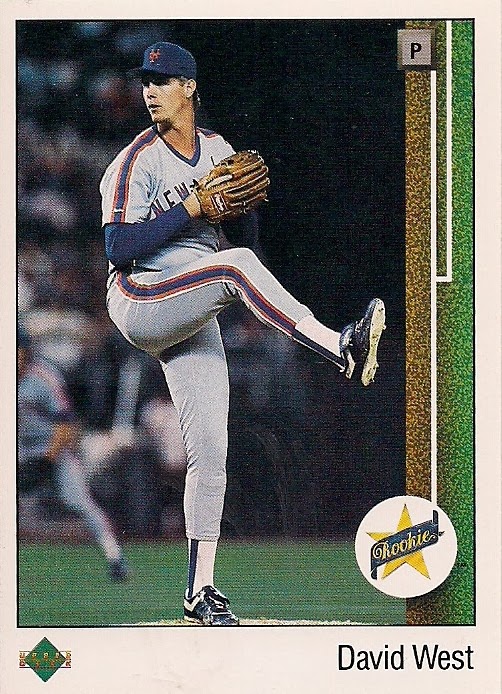 This one, unfortunately, doesn't make the cut as West can't top the No. 7 card in the binder.

But as you can see, that's a whole lot of nightness in 1989 Upper Deck.

One day, I will have the binder filled and then I can see which set occupies the most spots in the binder.

To me, that will be the proper (and easier) way to evaluate the king of all night card sets.

Step aside, Ken Griffey Jr., there may be a new way for me to remember '89 Upper Deck.

jacobmrley said…
Funny, I just got that Mark Portugal card in a repack. I guess I can throw it on the Twins pile rather than the NO trade pile.
March 1, 2014 at 10:59 PM

JediJeff said…
That Portugal, with the complete darkness and heavy shadows, looks more like a minor league card that a card for a professional.
March 2, 2014 at 8:35 AM

Fuji said…
Why did West fail to make the cut? I really like the photo UD chose... it's well centered and in action. That Gibson card is awesome too. Even if the piece of cardboard captures a memory that ripped my heart out.
March 2, 2014 at 11:45 AM

Fuji said…
Damn... talk about a bread crumb of posts. Ended up reading two more post, but at least I learned some cool things. Loved reading about Mayne becoming the first positional player to earn a victory since Colavito. It's always cool to see positional players take the mound. And D'Orso's comment on Mr. Ishii is priceless.
March 2, 2014 at 3:12 PM

roddster said…
I've always wondered if the numbering of sets had any rhyme or rhythm. Usually bigger name players get the round numbers (aka 100, 250, 400, etc...). I read that the guy who arranged the initial 89 UD set had the daunting task of picking who got to be #1. Luckily out of this options of Gary Sheffield, Greg Jefferies, or that '18 year old kid from Seattle' he made the right choice and put Mr. Griffy Jr. on the first ever UD card.

He was also know as an avid hater of the Dodgers and numberd that Gibson 'dagger in the heart card' (as I will call it) accordingly with the devils number, 666. Stuff you rarely think about, when I first read it I thought it was interesting.
March 3, 2014 at 12:24 AM