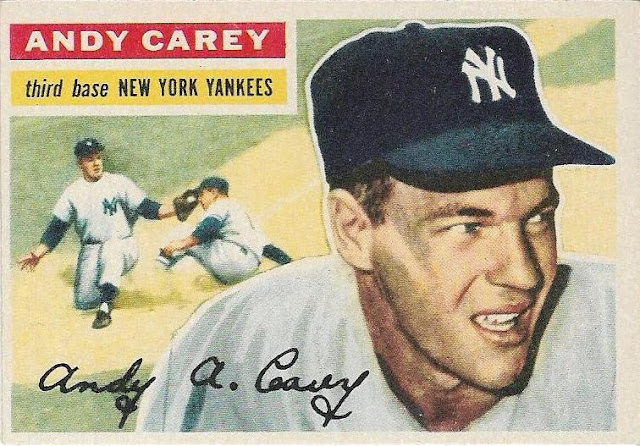 Have you ever been amazed by the return address on the envelope carrying a card you ordered?
It could be something exotic, like a mailing from another country. There could be something interesting about the person's name or the street name perhaps.
My example is none of those but it did cause me to stop and pause.
I don't live that far away from where I grew up. It's only a two-and-a-half hour drive down the interstate, but it is far enough that all of the people I knew from that place are only connected to me through social media, if that.
But a couple of years ago, I found myself going back there time and time again. My mom was sick and it wasn't a simple disease. My dad couldn't care for her much and so my brothers and I made repeated trips. It was too chaotic to prepare meals during those times, so we'd often order out.
One of my dad's favorite places was a diner in town a couple miles away. We used to go there when we'd visit my parents during healthier times. A Greek family ran the diner (there is a large Greek presence still in the Southern Tier of New York) and my dad, who was always chatty with wait staff, got to know the owners and staff pretty well.
So, my brother or I would regularly order takeout from there and then drive the familiar route to and from the diner to pick up the food. It's a drive I made a lot when I was living there, I'd take that road on the way to work my part-time job back in the mid '80s, and I knew all the houses and businesses on the way.
As we made regular takeout trips, I noticed a new development along the route. One of the houses had been painted a bright green. I don't know how long it had been that way, could've been years, but I was just noticing it in my return to the area. The sign out front said "The Magic Needle." I didn't think about it much. I assumed it was a tattoo shop. So many of those had popped up in the last 20 years.
Anyway, the card I ordered arrived in the mail sometime last week. It's another card for my 1956 Topps completion quest, Andy Carey, one of those semi-forgotten players from the world-famous 1950s New York Yankees.
I looked at the return address and noticed right away that it came from the town where I grew up. Wow, that doesn't happen very often, I thought. I noticed that the return address also contained the street that I had driven many times on the way to that diner. The card had originated 17 blocks, no more than 2 or 3 miles from the house where I lived from age 12 to 18!
I wondered how close it was to the diner and whether I'd recognize it. So I asked Google and lo, this picture popped up: 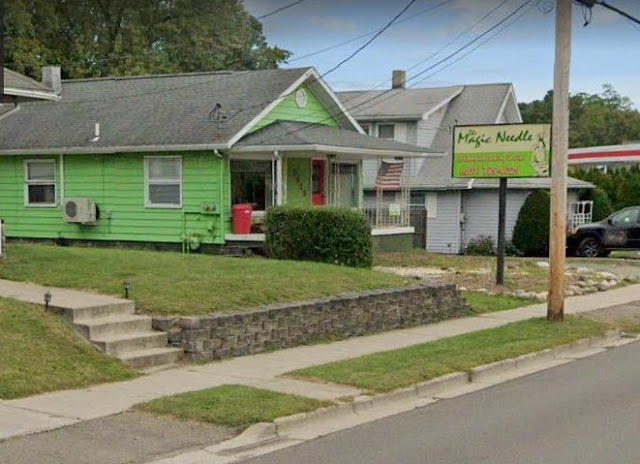 It's the green house! My card came from the green house! You guys! The green house!
(Yes, I am fascinated by small things).
It turns out that it's not a tattoo shop. It's a seamstress business. Yvonne apparently does great work. And either she or someone else residing there also sells baseball cards.
So there you are. I've received cards from people who surprisingly lived in my own town. But never have I gotten a card mailed to me from so close to where I grew up. From a green house.
As for Andy Carey, I mentioned him one time before and how he was once married to actress Lucy Marlow, who once took a turkey for a walk. The head shot used for the front of this card was also used in 1954 and 1955 (I should do a study on how many of those head shots repeat in '54, '55 and '56).
Carey, who appears to be tagging runner Pee Wee Reese on the nose on the front, started at third base for the Yankees for a good portion of the 1954-56 seasons but you don't hear a lot about him. Carey was an opinionated, confident fellow and he and manager Casey Stengel feuded a bunch. 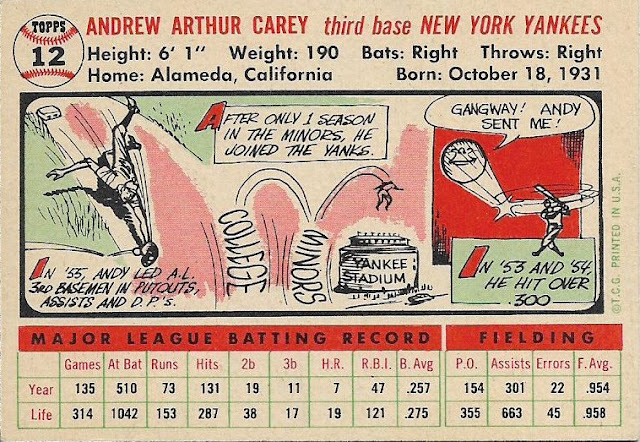 Carey's also known for being the defensive star during Don Larsen's perfect game in 1956 (boooo!).
So I'm one card closer to completing the '56 Topps set. This card helped me complete another page in the set. And, now, most of the folks left are big, big names, but there are still a handful of lesser-knowns out there.
I'm hoping they will be arriving from interesting return addresses as well.

Old Cards said…
Great story. Even I'm too young to remember Carey's playing days, but I have several of his cards. You generously sent me some 56 cards for playing along on one of your give-aways. I ended up giving them to my brother-in-law, because that is his favorite year. He loved them.
January 17, 2021 at 7:03 PM

bryan was here said…
I buy quite a bit of cards and diecast online and I came across a few cards I needed to finish a set a few years back. They were from the next town over from me, quite a coincidence. I get them in the mail a couple days later and they were from a guy I used to buy and trade from regularly in the '90s. He ran into some issues and dropped out of the business, or so I thought. We still trade semi-regularly.

Fuji said…
That's pretty cool. The next time you're in the area, you should bring in some pants or something you need hemmed... and spark up a conversation about cards.

GTT said…
Out of the '56 Yankees I got for Christmas, I must admit that Carey was my least favorite. Something about the head shot creeps me out.

cardboardhogs said…
awesome story...the threads of different pieces coming together was fantastic!!! i wonder when the magic needle (or someone else in the building?) decided to diversify their income and start selling baseball cards?
January 18, 2021 at 2:53 PM