A box of rookies 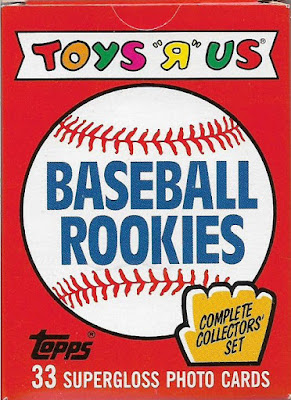 When there's no time, it sure is handy having this stockpile of '80s boxed sets.

This is another one from the stash given to me by reader Alan. I've mentioned many times how unfamiliar I was with Toys R Us as a kid. The store just wasn't available to me. And the disconnect between me and Toys R Us continued through early adulthood as the company decided to pair with Topps and issue consecutive years of a set of rookies right when I was attending college and then heading out into the work world. It was hardly a time for collecting some off-shoot set.

Since my return to collecting, I've received the Dodgers that have appeared in these Toys R Us boxed sets and I've admired the bold, colorful design and borders. The sets were issued from 1987-91, but Dodgers appear only in the 1989-91 sets. So I've seen the yellow borders from 1989, the red ones from 1990 and the black ones from 1991. But I missed the 1988 blue borders.

Those are the ones that I'm going to show now. Here are the 1988 Toys R Us rookies: 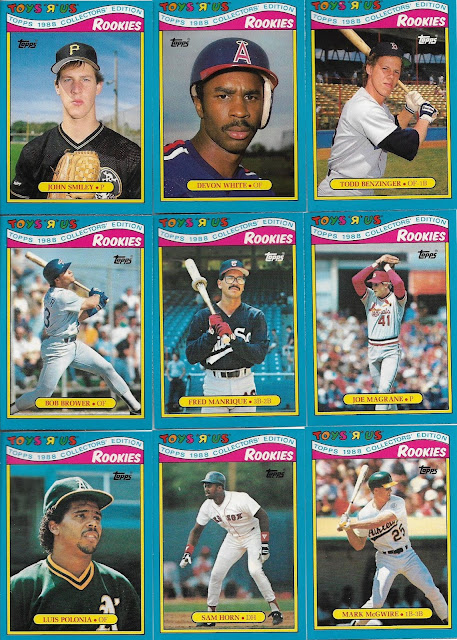 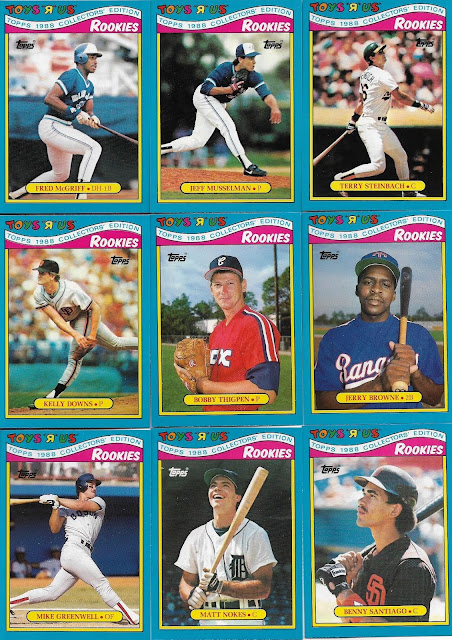 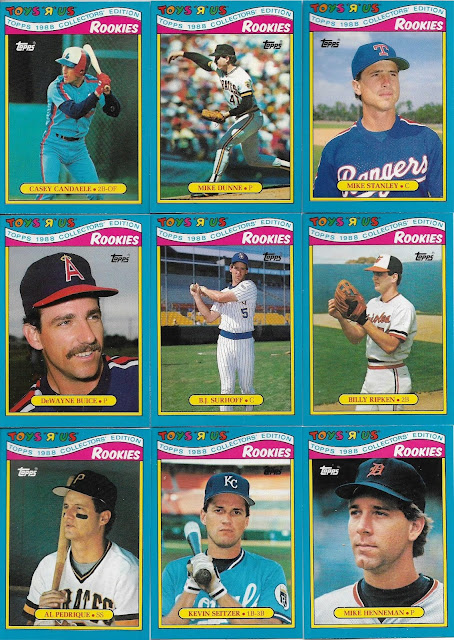 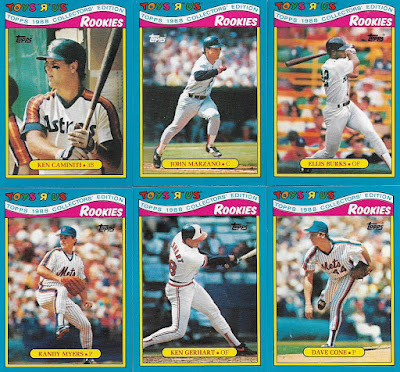 A lot of players here will stir some memories of the days when these players were the hottest around. Kevin Seitzer and B.J. Surhoff. Matt Nokes and Sam Horn.

But when you get right down to it, this underlines the problem of issuing set of all rookies. Half the players never lived up to the hype and are barely remembered by anyone except for those who collected baseball cards in 1988. A box of all-stars this isn't.

Here are probably the best of the bunch from this set: 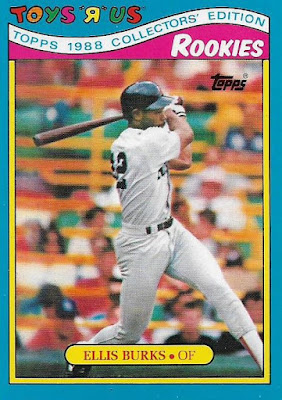 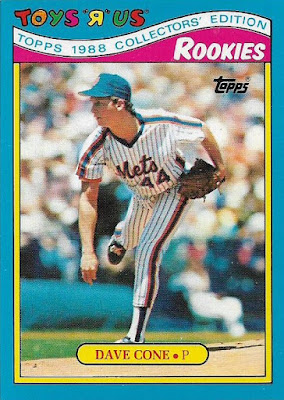 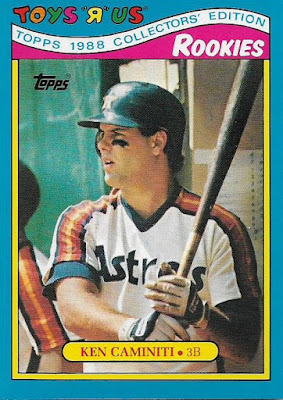 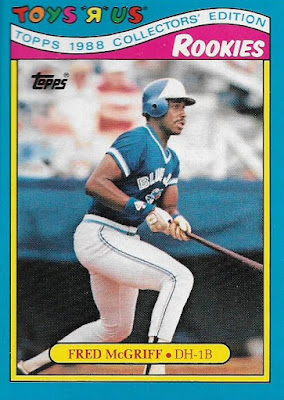 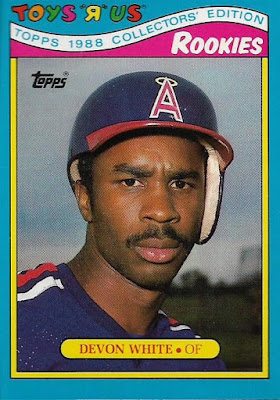 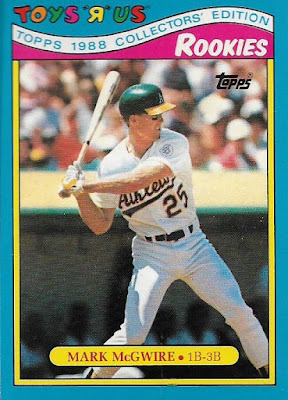 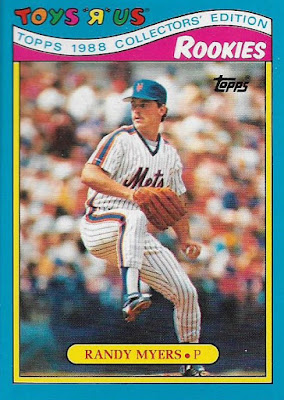 Apologies for not including Bobby Thigpen, Mike Greenwell and Terry Steinbach on this list. I simply ran out of time.

Sets like this are probably the only way Bob Brower and Mark McGwire get included in the same sentence (like I just did).

Fuji said…
I'm a huge fan of the Toys R Us Rookies box sets. My favorite thing about them is the design and the fact that they used it every year. I haven't touched this project in a while, but there was a time when I was trying to pick up all five sets and display them in a binder.
May 2, 2019 at 1:10 AM

Nick Vossbrink said…
Love these sets. Back in the non-gloss, grey card stock days they were also somewhat of a revelation.
May 2, 2019 at 10:37 AM

gregory said…
Imagine Mark McGwire had a twin brother named Mike? The A's could have had Jose and Ozzie, and Mark and Mike, too.
May 2, 2019 at 1:12 PM

acrackedbat said…
These fun sets are things of the past. Kind of a bummer. I spy a Cam card missing from my collection. Should be fairly easy to find.
May 4, 2019 at 10:15 AM

Baltmoss68 said…
Nice looking cards. Most were on real dc cards much earlier but having new cards with new photos was always welcomed by me. Not a bad way to spend a buck( or even less sometimes) 👍
May 5, 2019 at 5:52 PM