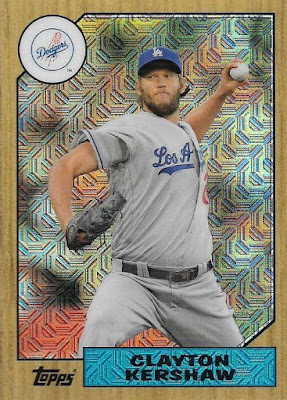 The business world has a way with creating phrases that sound more impressive than what they actually mean. Truthfully, all those words do is confuse me.

"Thinking outside the box," "scalability," "getting your ducks in a row." Ugh. The last few days I was struggling with the phrase "facilitating conversations." I actually had to do online research to figure out what it meant. I don't write like that and I certainly don't talk like that.

I was similarly confused when I received this chrome, 1987 Topps-tribute card of Clayton Kershaw from Rob, of the 1982 and 1988 set blogs. I don't exactly know what the hieroglyphics are in the background, but one confusion at a time please.

Turning over the card, I read the following: 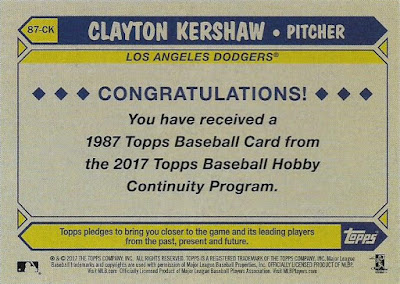 OK. Yay for me. But a couple of things.

First, I did not receive a 1987 Topps baseball card. 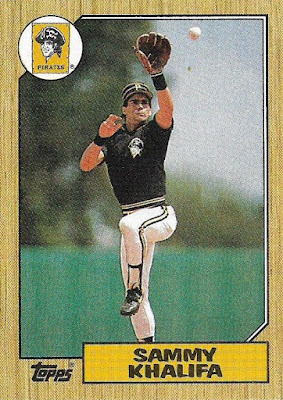 Secondly, while I'll admit I was intrigued by the "Topps Baseball Hobby Continuity Program," I had no idea what it was.

Well I tried to look it up. But there really isn't any such program with mission statements and projects to attract youngsters into the hobby. At least there's nothing with "continuity" in the title.

"Continuity," when it comes to the hobby, seems to mean an insert set that runs through multiple series in a set. For example, the "Year In Review" insert in 2008 Topps was a "continuity program" because the cards appeared in Series 1, 2 and Update that year.

It seems odd to call something a "program" when it's merely an extended insert series. But that's the business world for you. How can we make it sound more impressive than it is?

Rob also sent me some regular old base Dodgers from 2017 Topps: 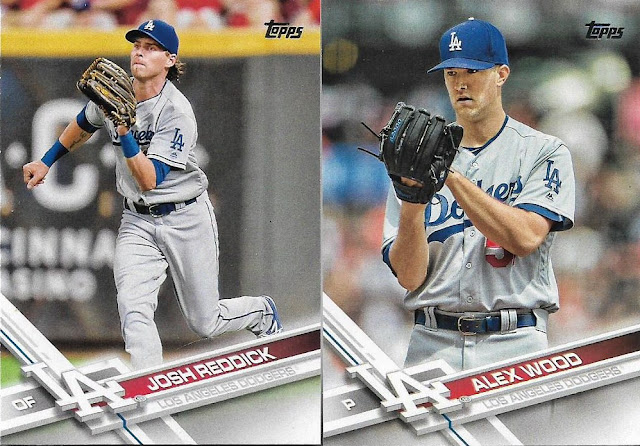 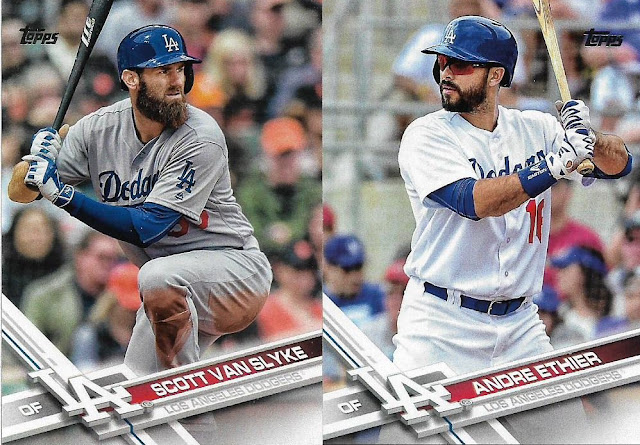 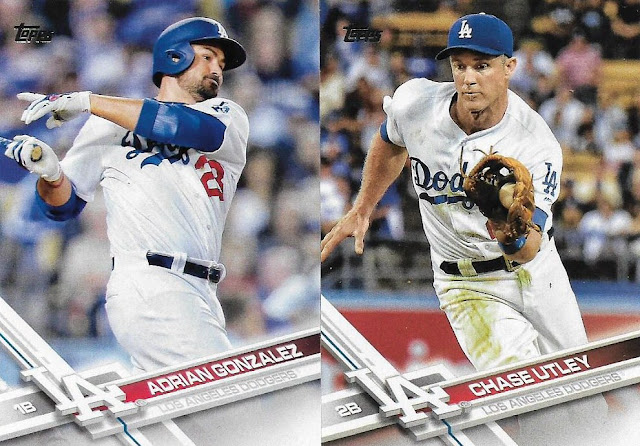 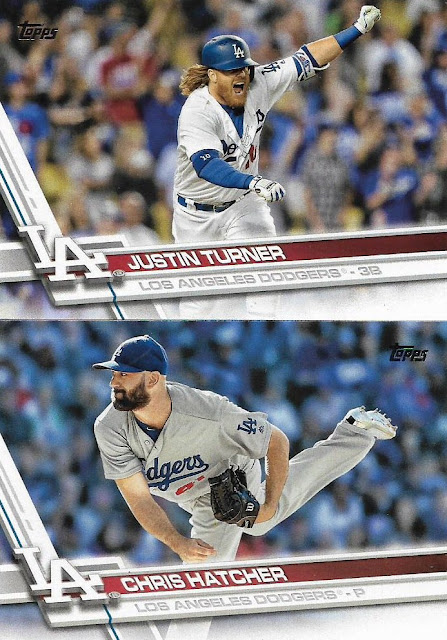 Some of these I had already, but most I didn't. I haven't had time to type up a 2017 Dodgers want list so I don't know what's left to get, besides the Howie Kendrick card.

But you can be sure a want list will show up, because I always have some form of allegiance to the base set.

I've been dedicated to it, more or less, since 1975. I suppose you could call buying packs and collecting cards my "continuity program" because it continues from one year to the next, from one decade to the next.

In fact, if anyone questions me in the future about my "childish habit of collecting baseball cards," I'll just respond with "it's my 'continuity program'."

That should impress the heck out of them.

Mike Matson said…
Any time I hear the phrase "Ducks in a row" I simply say this:

Rob said…
Hey! Glad they got there safely. That Kershaw came in a "special" pack my card shop gave me from Topps for buying a box. I'm not exactly sure what it's supposed to be either, but I knew it would look good in your collection.
February 15, 2017 at 9:44 AM