That year was next year 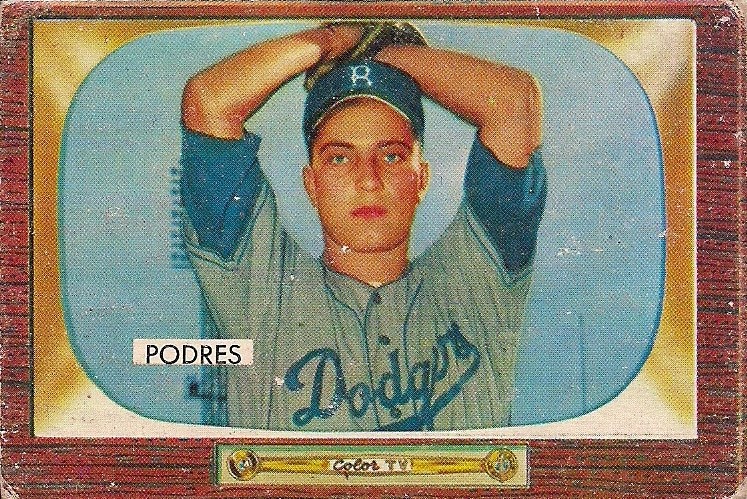 I wasn't around for the 1955 Dodgers. I missed the amazement, the astonishment of that day, when before fans' disbelieving eyes, the Dodgers were finally winning a World Series.

"Wait 'Til Next Year" were just words in a book to me, devoted to an event that took place years before I knew what baseball was. "Next Year" -- 1955 -- was something I never experienced.

But I had my own "Next Year". It didn't involve my favorite team, nor was it as long a wait. But it was exhilarating nonetheless.

My attachment to the Kansas City Royals doesn't come from living in the Midwest or because their colors are similar to the Dodgers or because I want the Giants to lose when the World Series starts. It's not even because I remember the Royals' victory in the '85 Series. No, my attachment began in 1976 when the Royals took on the Yankees and were demoralized by Chris Chambliss' home run off of Mark Littell.

The Royals then met the Yankees again in 1977 and 1978, with similar results. The Yankees always won. As a young baseball fan, surrounded by Yankees lovers, many more obnoxious than the last, this was the height of unfair. The Royals wanted nothing more than to get to the World Series. And the boorish Yankees wouldn't let them. And then the Yankees would go on to beat my favorite team just for spite.

And because of this my allegiance to the Royals grew year by year.

But then, in 1980, they were back. At least, the Yankees and the Royals anyway (not the Dodgers -- stupid Astros). The Royals featured a lot of the same characters from 1976-78, but they seemed older, a little more world weary.

Which is why I was so incredulous when this happened. 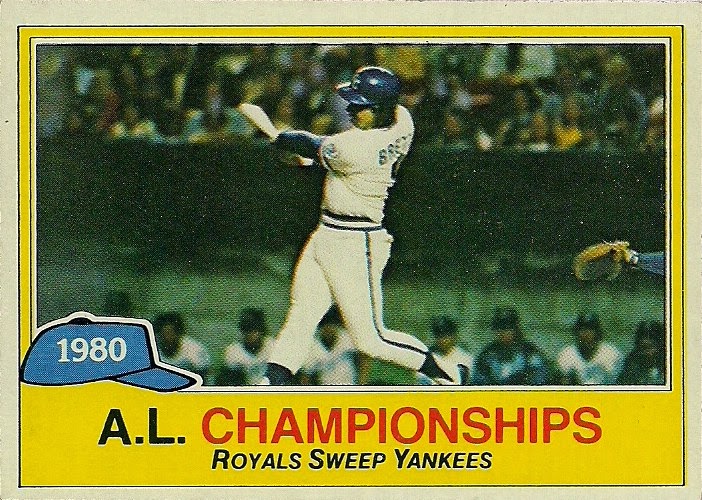 George Brett's home run off of Rich Gossage was my Next Year. The Royals were going to the World Series! By beating the Yankees! Wait 'Til Next Year???? This was NEXT YEAR, chumps!

So, yes, I was like all K.C. fans that year. And although the Phillies would win the World Series and it was crushing, at least the Royals did something no one figured they could ever do. They beat the Yankees in the playoffs. Brett's home run signaled the end of the Yankees' reign. The Dodgers would finish them off in the World Series in 1981 and the Yankees wouldn't be the same until the 1990s. This is the reason why I always felt that the Yankees set out to get Brett (highlighted by Billy Martin's moves in the Pine Tar Game). They knew what he had done to their franchise.

The 1980 Royals gave me astonishment and that fairy tale feeling that I had yet to experience in baseball (I have only fleeting memories of Carlton Fisk's home run in the '75 World Series). K.C. was a part of my emerging awareness of the culture of baseball, too. The first hitting coach I was ever aware of came from the Royals. The first groundskeeper, too.

So this is why I root for the Royals this week. Yeah, they're the good guys, but they're also the Next Year guys and so much more. It's more than 1985 or Ned Yost's bunting or Moooose. It's about 1980 and what can happen even though you don't think it can happen.

Here are the Royals cards I was staring at when Kansas City finally advanced past New York: 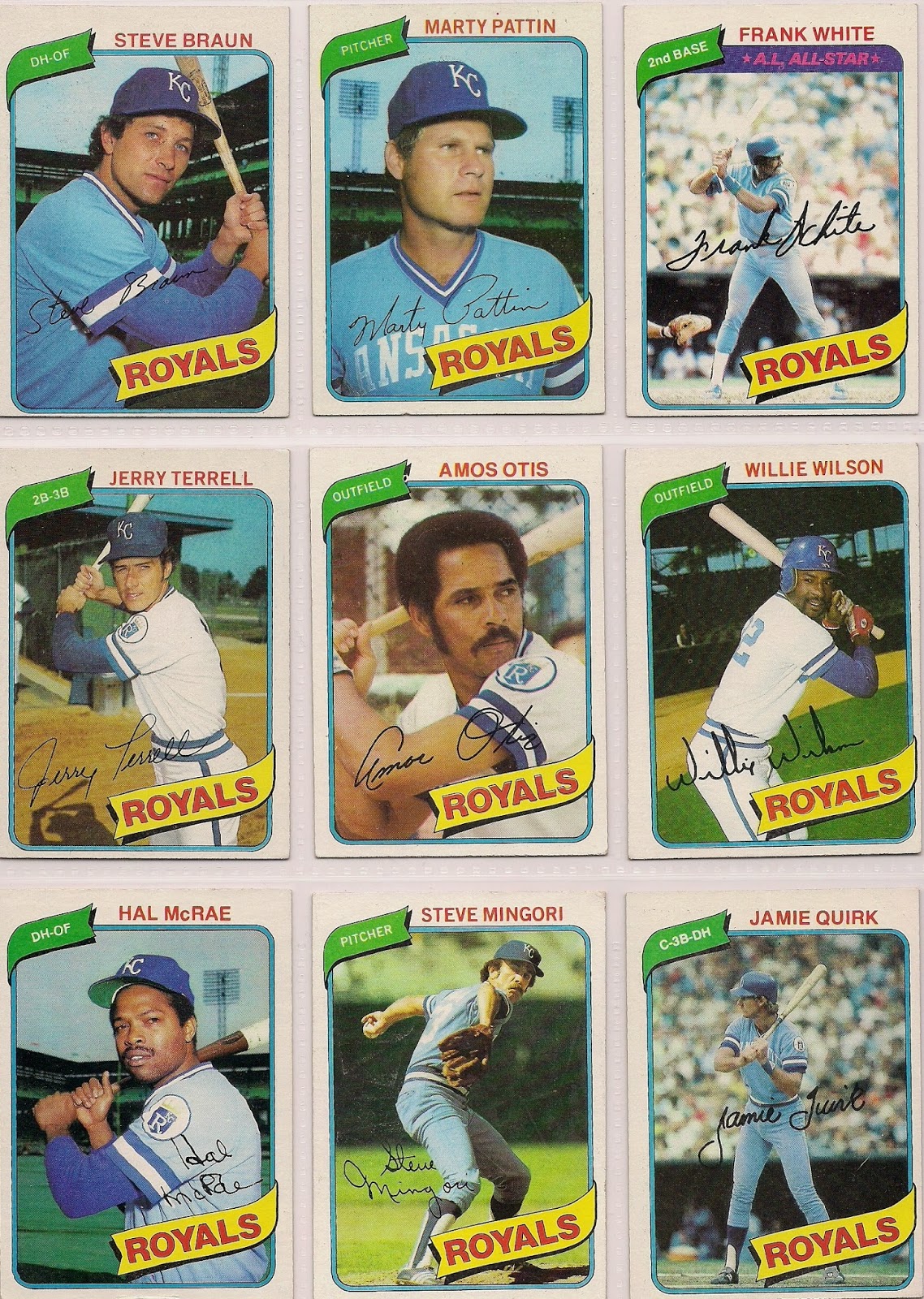 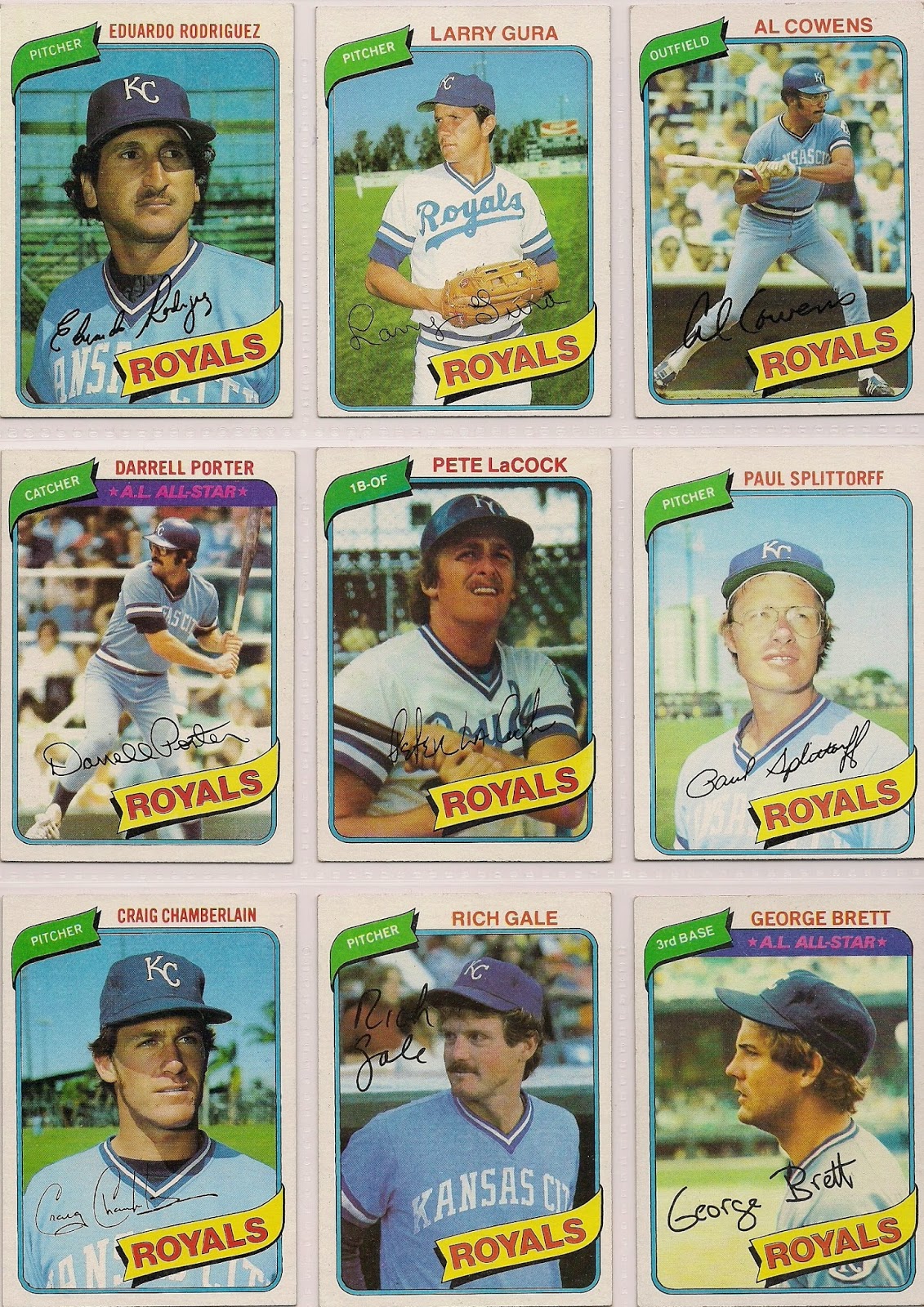 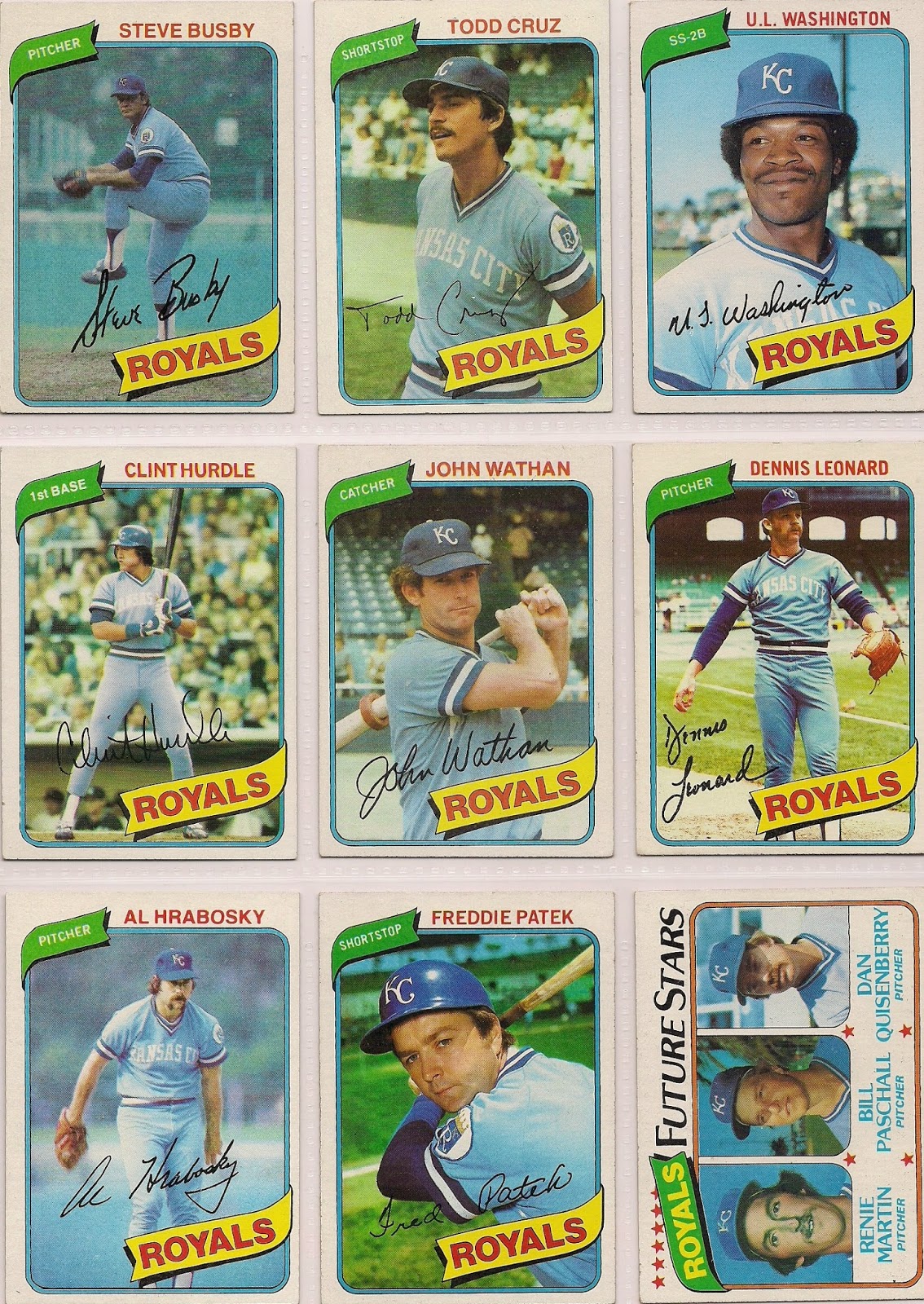 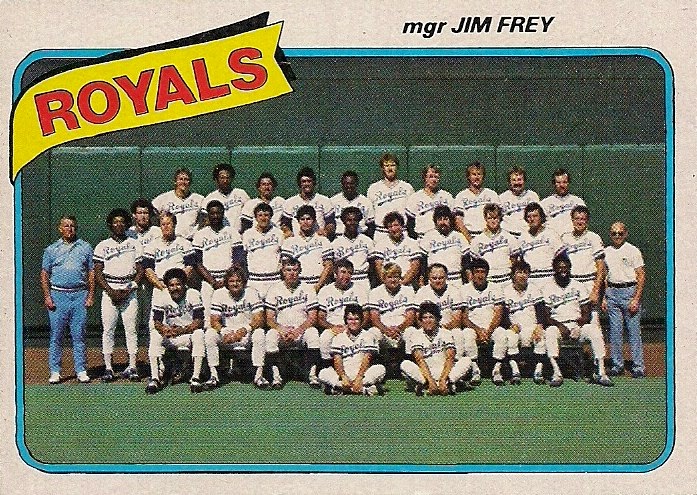 Now, go out and amaze me again.

Tony L. said…
I'm with you both on hating the Yankees and hoping the Royals will win. I remember Reggie Jackson sticking his hip into the baseline on a double play ball and just thinking that he would absolutely cheat always. I cheered against the Yankees with a passion from that time forward.
October 20, 2014 at 7:52 PM

BaseSetCalling said…
I'm sure kids born in Minnesota in the early 90s could relate completely. Except they never got a 1980, or a 1985.

Fuji said…
I'm a few years behind you in terms of supporting the Royals... but I'm with ya. I really admired the way they fought back this year against the A's and as soon as they broke my heart in the 12th inning of the Wild Card game... I knew that I'd be pulling for them this year. Go Royals!
October 21, 2014 at 8:39 AM

carlsonjok said…
I always hated the Royals after Hal McCrae's take out of Willie Randolph in Game 2 of the '77 LCS. (http://sports.cbsimg.net/images//visual/whatshot/mcrae.gif)