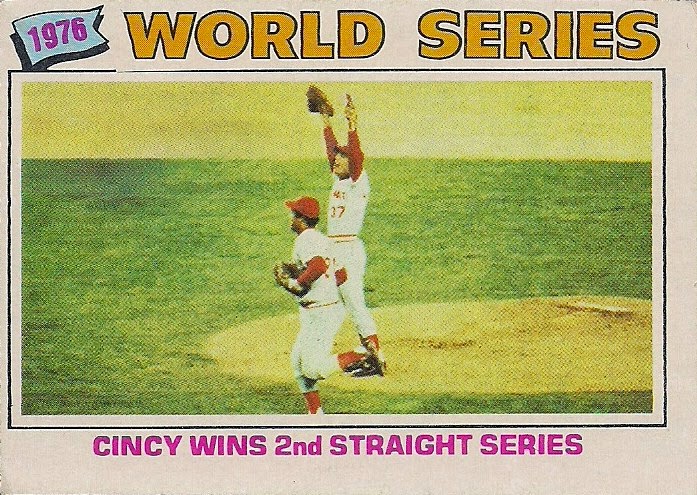 This card recounts the first World Series that I remember wanting to see. As I've said before, I faintly recall seeing highlights of Carlton Fisk's foul-pole home run during the 1975 World Series. But as far as actively being interested in viewing the World Series, that wouldn't come until 1976.

I remember a little about the '76 World Series. The first game took place during the day, on a Saturday (Series from 1969-76 started on Saturday). But my remembrances are from night games, particularly Game 4, the final game, in which I probably viewed the first three innings and then was scooted off to bed.

I wasn't around to view the scene above, relief pitcher Will McEnaney beginning the celebration on the mound, as first baseman Tony Perez runs in to great the teammates charging out of the dugout. 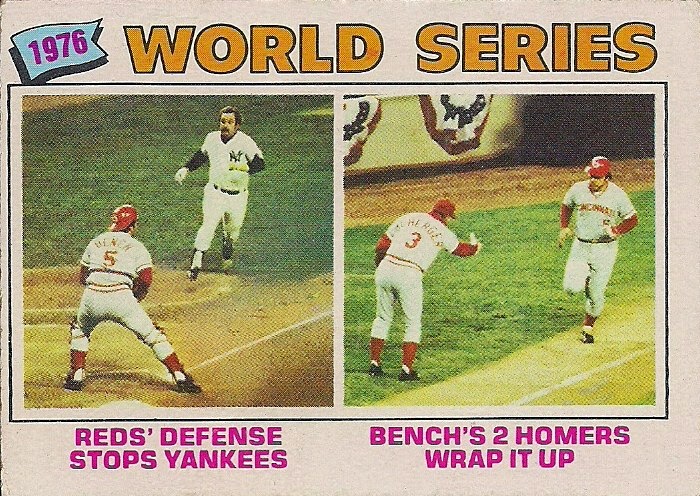 But I remember seeing Johnny Bench's home run in the third inning of Game 4. It was one of two that he hit in that game. The Reds were a behemoth then and I remember regarding their invincibility with disdain. Bench could do no wrong, and the World Series that year was all about the catchers, Bench and the Yankees' Thurman Munson, both of whom enjoyed terrific Series.

The night card at the top, when you turn it over, lists the Yankees' Series stats: 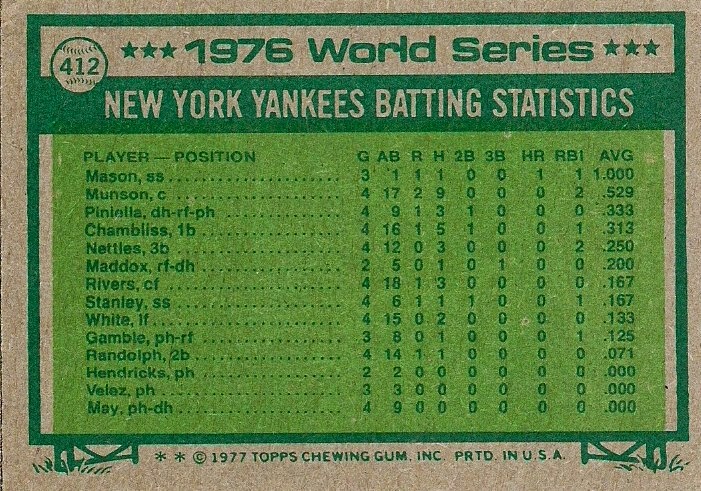 The second night card I showed lists both teams' pitching stats on the back: 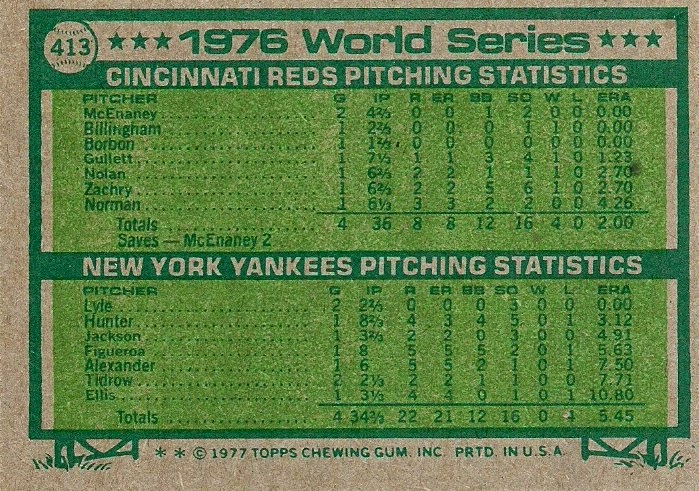 The other card in this Series subset is not a night card: 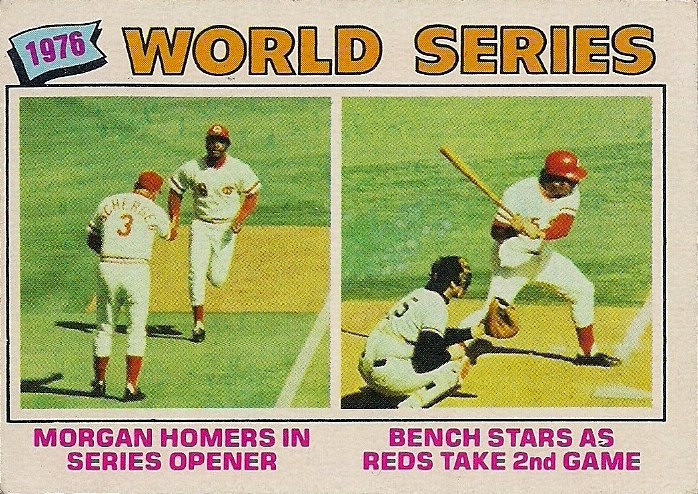 Both photos were no doubt taken during Game 1 of the Series, which was a day game at Riverfront Stadium (every action photo from Riverfront -- or probably any '70s Astroturf stadium -- looks like they're playing on a green Serengeti).

The back of that card showcases the Reds' batting stats: 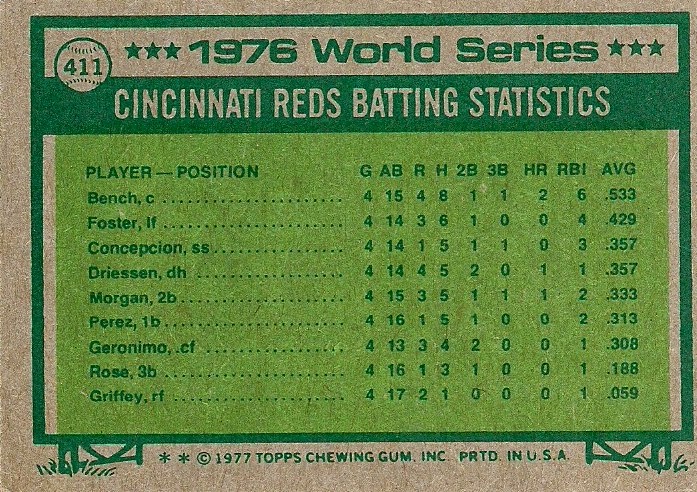 This is one of the most impressive lineup displays I believe that I have ever seen. The Reds didn't use one extra player during the whole Series. Seemingly, the only reason they used nine is because a designated hitter was required for the first time.

The '76 World Series is also notable to me because it's one of the few times I have rooted for the Yankees. My guess is I did this because I was cheering for the underdog (and against the team that won the NL West over my Dodgers by a combined 30 games in 1975 and 1976).

And it was my first experience with World Series disappointment. The Reds swept my choice of a winner.

Since then, I've endured many disappointments in the Series as my team seems to lose more often than not.

Each year I root for someone in the Series (I don't understand why other fans don't), and here are the times that the team I chose actually won:

For the record, the teams that I have rooted for in the Series since 1976 have won 15 times and lost 22 times. It actually hasn't been as terrible as I thought.

And if the Royals can pull a Series championship in a couple of days then I might actually believe that nice guys can finish first.


(P.S.: Yes, I know about the million page views thing. No, I have nothing planned. Been working 11 days in a row. Thanks for reading! ... Or clicking!)

jacobmrley said…
I don't mean to be rude, but I remember the 1978 world series very clearly and you are much older than me. Did you just not watch much sports as a child or am I weird because I recall being 3 and watching TV?
October 27, 2014 at 12:18 PM