Trading is alive and well 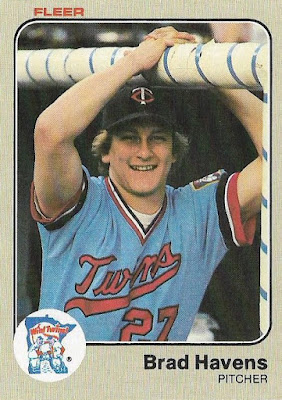 I've been reading lately that trading through the blogs is dying out. Mailboxes are empty. Desks clear. Binders and pages waiting in vain.

Say stuff like that too often or too loudly and it becomes a self-fulfilling prophecy. Trading dying? I don't believe it for a second. Sure, it's not as vibrant a scene as it was six or seven years ago, but as long as there are several bloggers who want to trade, we'll be OK. Because those who want to do something will always press through. No matter what they have going on in life, they'll eventually get to their heart's desire.

Take me for instance. I think I've sent out a single PWE in a month's time this spring. Probably didn't send much out before that either. I had my reasons -- oh, did I ever. But I always knew. I always knew what I'd do when I got the chance.

I would mail out cards.

I never forgot that. People endure episodes. Stuff takes them away from cards. The post office jacks up the price, again. Life hates this hobby and will conspire against it in untold ways. You must soldier on. If you like getting new cards, determination is key.

So, yesterday, I followed up on my promise made during visits to the hospital, while preparing for funerals, during countless road trips. I mailed out cards.

I sent out six packages. And, lordy, the cost to send a first-class package is a lot higher now isn't it? But I didn't mind. There were -- there are -- so many collectors that I owe, or that I simply have cards for, which have accumulated over the months. I was finally sending out those cards.

Meanwhile, I'm still getting stuff. As deficient as I've been, people are still sending me cards. Yippee!

It helps to have such long-standing trade partners like Kerry of Cards On Cards. This now becomes a display of yet another Cards On Cards mailing. And it shows that I'm a really easy trade partner. You don't have to search around forever for a card I want. I'm not in this for Mantles or the Rookie Du Jour. 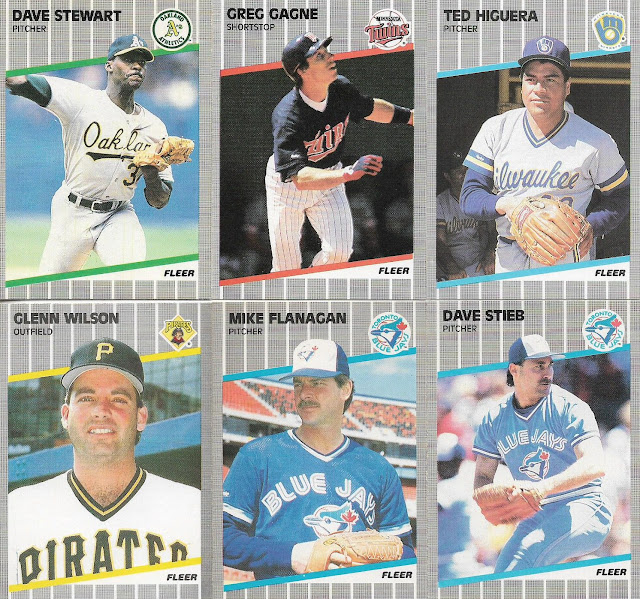 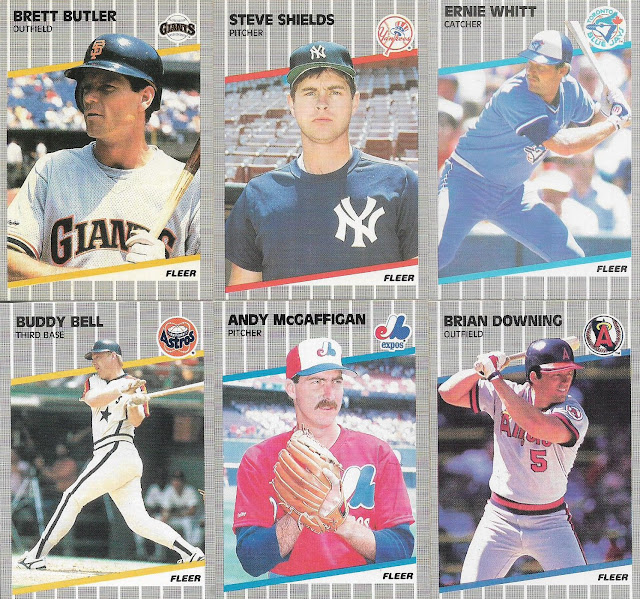 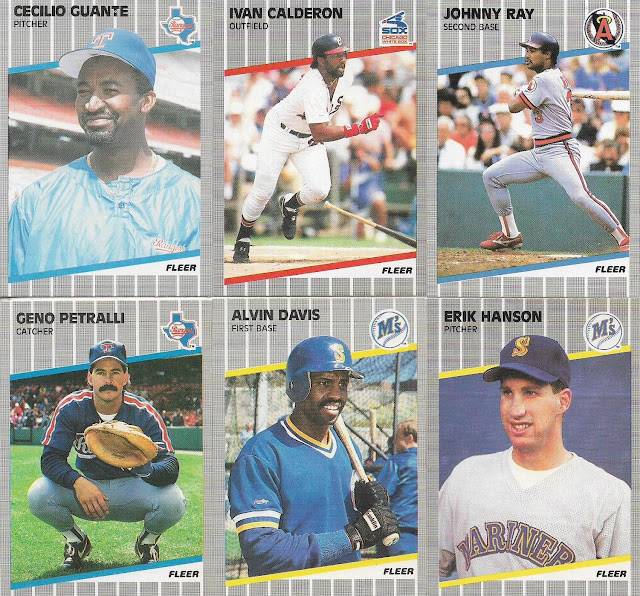 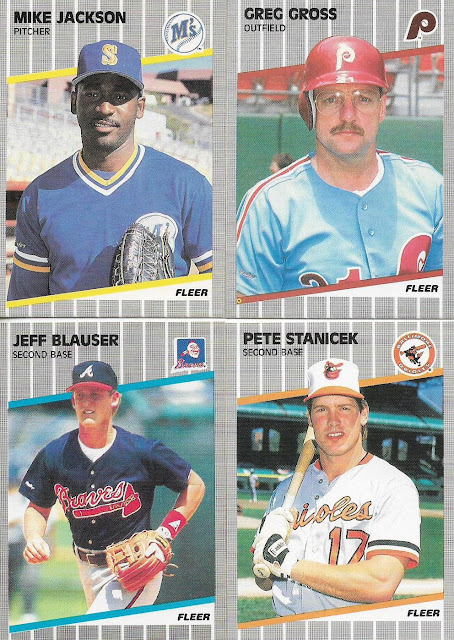 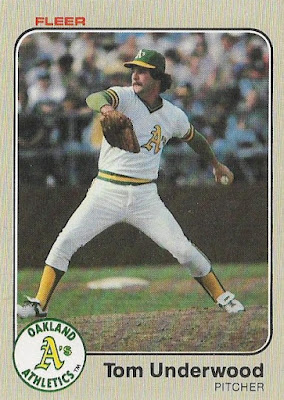 Here is a 1983 Fleer Tom Underwood to go along with the charming Brad Havens card at the top of the post. 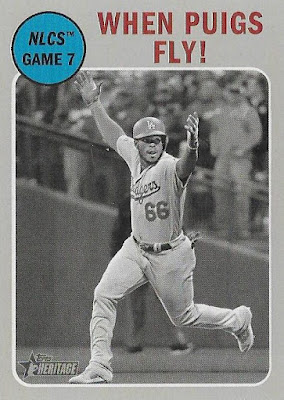 Yet another easy-to-find, gray-bordered card. I'm trying to accumulate as many of the When Puigs Fly Heritage cards as possible. I'm asking for your dupes! How easy is that?

The remainder of the cards from this package were Dodgers, of course, of the modern variety. 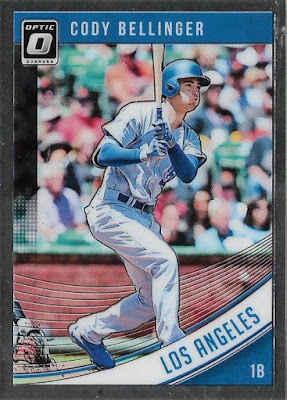 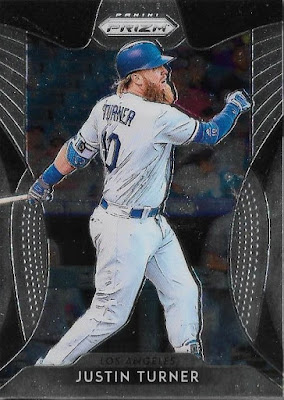 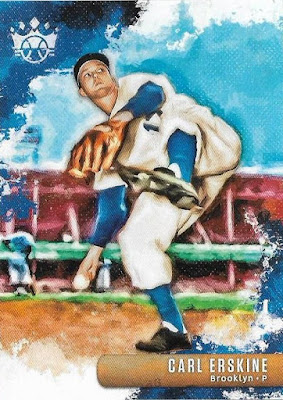 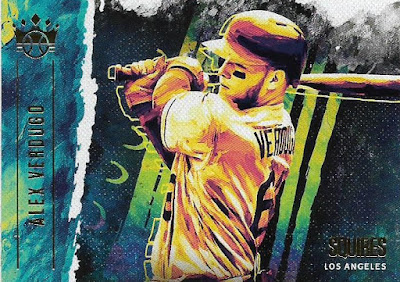 I've stopped pretending to know what Panini is releasing these days and when it comes out. It would help me when I'm updating my binders if I stayed on top of this stuff, but it's nearly impossible and why bother. Nobody's wearing a logo on their helmet. 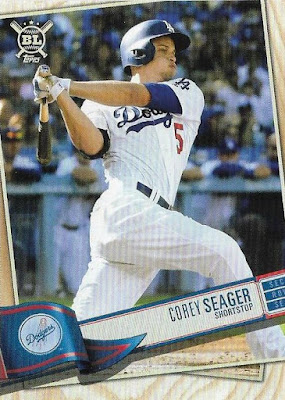 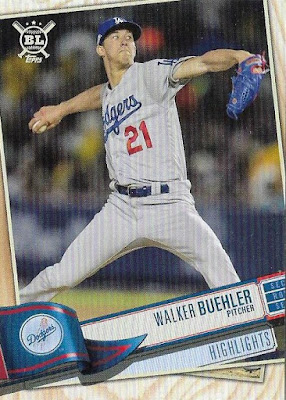 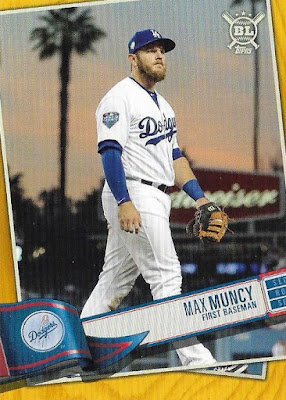 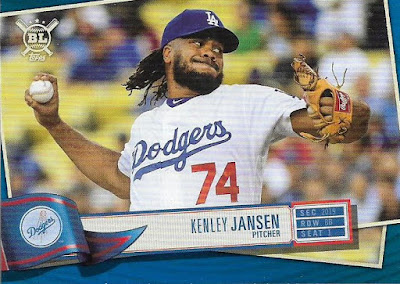 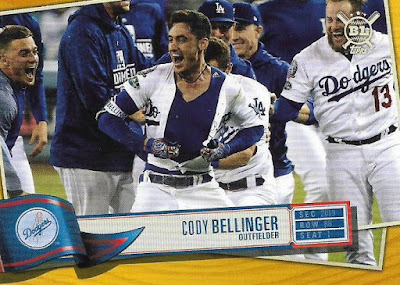 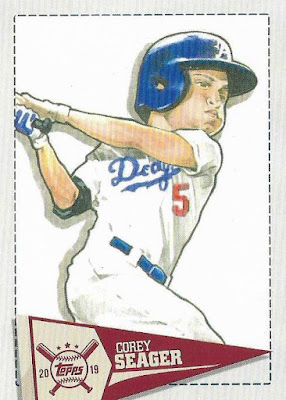 I am doing very well in my team set quest for Big League, better than any other set that's been released.

I think that's because the cards aren't as costly, there aren't any short-prints and it's a fun-and-familiar set that speaks to collectors like me who remember sets before the days of artificial scarcity (OK, so there are still plenty of parallels -- I think that's my fourth version of the Kenley Jansen card). 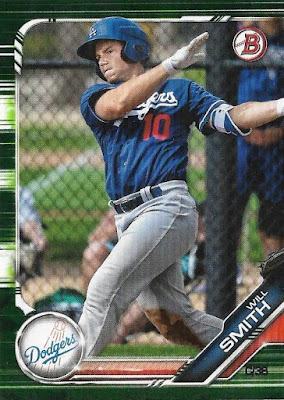 One last card, a green parallel of the Fresh Prince. I'm so glad somebody's buying Bowman.

And that's my latest trade package. There are still 2 or 3 sitting on my card desk waiting for their time. Sure, maybe it's not the days when I had a backlog of eight or nine, but that's the ebb and flow of life.

Even though I can go weeks or months without sending out a card package, I'm always looking to trade.

Until I say otherwise.

Or the blog stops updating.

shoeboxlegends said…
I'm with you! Maybe it's because I go at a slow pace, but I seem to have more incoming cardboard than I can keep up with almost constantly. Trading is alive and well from my perspective!
July 3, 2019 at 11:46 AM

Fuji said…
Such an interesting topic. I've commented on a few of these blog post and have stated that my trading has declined over the years. But that was assuming we were talking about trading specific cards for other specific cards. I haven't done that in years. However... I enjoy exchanging care packages which I guess you could consider blind trades. But honestly... I don't expect anything in return when I ship anything out. On the other hand, I always feel obligated to send something to people when they send me a care package. Lol. The problem is that it sometimes takes me six months to return the favor.
July 3, 2019 at 4:15 PM

GCA said…
Trading is definitely cyclical, but for me, it just changes to a different group of traders. Just when I figured there would be a lull after a lot of big volume purchases, I find another well in the Cardboard Connection forum and start a pair of bulk football team trades.
It may be another reason why I'm not jumping on Twitter and stuff, because that may ramp up the trade offers to a point where I'd start losing track.
And then today I discover that I'm one of the six package recipients. Posting about it now. Thanks Greg!
July 3, 2019 at 9:47 PM