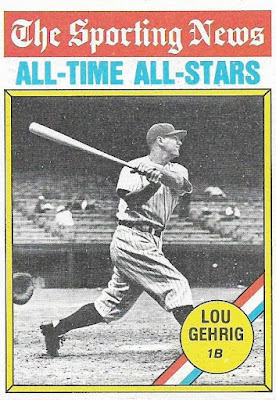 We received the diagnosis on my mom last Wednesday.

We already knew that she had it. We've known since January. Before that we thought she might have Alzheimer's, or a nerve disease, whose complicated name I once had memorized but so much has transpired since that there's only room for knowledge of what can help my mom right now.

It's taken so long to get to this diagnosis because for so many years, my mom was in perfect health, a literal walking example of how to behave physically and mentally when you're in your 70s. My siblings and I now believe -- with the benefit of hindsight -- that she probably had this disease for two or three years already and either didn't realize it or kept it hid (we have found indications that she knew something was wrong).

So, even though it feels like it took forever for a diagnosis to be made, many others have said, "it happened so quickly."

And, yes, it's been a whirlwind since last April. And the weeks and days are now whipping by because we don't know how long we have left with her. Meanwhile, my dad, who is several years older than my mom, I don't know what to make of him. He's confused, bitter and who knows how much he's absorbed of what my mom has, even though he's completely capable of thinking for himself.

The good part -- and that's what this disease does, makes you think that there's a "good part" in all of this -- is that hospice will take over soon and we won't have to go through the financial/government dance with nursing homes. Some people diagnosed with ALS have five, seven, 10 years left to live. My mom doesn't have that kind of time, barring a miracle. She's also dealing with advanced dementia, because some people with ALS get that, too.

I'm over the shock. That probably came last summer and the endless trips home and to doctors appointments have placed me firmly into the land of reality. That's not saying that it's not tough for me and for others in my family. It's just that meltdowns don't do any good. Everyone has their problems. I just happen to have a problem that when I say what it is, everyone else stops talking about their problems.

For years -- decades -- the only person I knew with Lou Gehrig's Disease was Lou Gehrig. Then I read about another person or two. There was Tim Green, the former Syracuse and NFL player who recently made his ALS announcement. And here and there I'd hear about somebody that a friend of a friend of a friend knew.

Now my mom -- with absolutely no appreciation for baseball, not that she can absorb concepts like this anymore -- has Lou Gehrig's Disease.

I'm going to miss her.

Dennis said…
Sorry, Greg. I know a little bit about what it's like to have a family member with dementia, so my best to your family in the time your mom has left.
March 17, 2019 at 8:23 PM

Angus said…
Best wishes to you and your family.

Jeremya1um said…
Greg,
Sorry to hear about the diagnosis with your mother. I pray that you get to spend some quality time with her and that she is comfortable. Please don’t hesitate to contact me if there is anything you think I could help you with, no matter how small or crazy it may seem. Don’t feel like you need to keep up with this blog while you are going through this. We will all be here when you decide to get back. Again, please get in touch if I can do anything for you.
-Jeremy
March 17, 2019 at 9:06 PM

Old Cards said…
So sorry to hear that your Mom is dealing with this illness. Also, sorry that your Dad has to deal with the consequences of this thing happening to his life's partner. In addition, so sorry for you and your family. There is a man at our church that has ALS. This morning, I watched him be baptized. It was quite a moment.
March 17, 2019 at 9:56 PM

Adam said…
I'm sorry to hear about that Greg. I'm sending positive vibes and happy thoughts from Ohio to you and your family in these troubling times.
March 17, 2019 at 10:14 PM

John Sharp said…
Sorry for this news. May your Mom get the help she needs so she's as comfortable as possible.

Johnnys Trading Spot said…
My prayers are with you and your family. Spend all the time you can. With Hospice coming in, the family can be just that... family.
March 17, 2019 at 11:05 PM

steelehere said…
Sorry about your mother. I wish the best for her and your family as they deal with it.

My mother has Alzheimer's (she's in the middle stages) and it's been a challenge taking care of her because she doesn't want to go to a home yet even though her body is breaking down.
March 17, 2019 at 11:52 PM

Raiderjoe said…
I am sorry that this has happened. Best wishes to you and your family

GCA said…
All the best to you Greg.

Brett Alan said…
Having lost my own Mom to cancer a few years ago, I just hope that the people who love her get to say goodbye, and she has as little suffering as possible. So sorry.
March 18, 2019 at 10:48 AM

shoeboxlegends said…
Sorry to learn of the diagnosis Greg. I knew something was up based on your previous posts. I'm sure it's mixed emotions between at least knowing for sure what it is now, vs. the gravity of it. You and your family are certainly in my thoughts.
March 18, 2019 at 1:20 PM

Jamie Meyers said…
Wishing the very best for you and your family. Hope that she -- and your family as a result -- don't have to suffer any more than necessary. This is the suckiest part of growing old.
March 18, 2019 at 6:27 PM

Unknown said…
Sorry to hear this news Greg. I have had to watch my mom go into kidney failure and be on dialysis for the past year, so I know the aspect of watching a parent deal with health difficulties. My thoughts are with you my friend as you travel down this road.
March 18, 2019 at 7:47 PM

RunForeKelloggs said…
Sorry to hear your news. My thoughts are with you and your family.
March 18, 2019 at 8:02 PM

Mike the History Teacher said…
I'm sorry to hear about your mom. I'm thinking of you and wishing the best for your you, your mom, and the rest of your family.
March 18, 2019 at 10:10 PM

acrackedbat said…
the mom of a close friend is in stage 5 Alzheimers. I can't imagine her having ALS too. Greg, my heart goes out to you. I hope her suffering is minimal.
March 24, 2019 at 9:34 PM