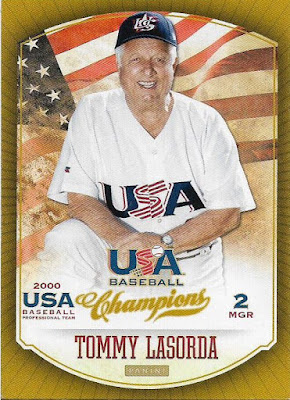 You ever get paranoid about using the same blog title more than once? I do.

I had to look up whether I had used this one before and it turns out I did. So I stuck a "2" on the end of it, like they do with movie sequels, which are automatically easier movies to make because no one had to come up with a title.

But this title works because it refers to two envelopes that I received in the mail recently that both featured autographed cards.

"Wow," I thought, "Is this what we're doing with card packages now? Because if we are, I'm in trouble." 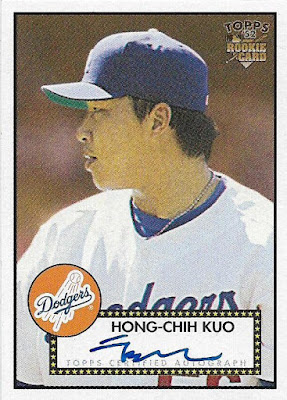 Here is a card certifiably autographed by former Dodger set-up man extraordinaire, that is if he wasn't injured all the time. This came from madding at Cards On Cards. I always remember Hong-Chih Kuo for dominating the Mets while I was out at some restaurant. I really wanted to see Kuo pulverize them on the TV that was tantalizingly close to me, but the people around the table kept demanding for me to have a conversation with them. 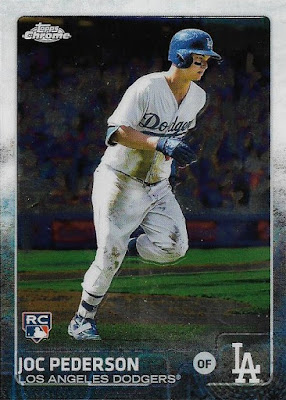 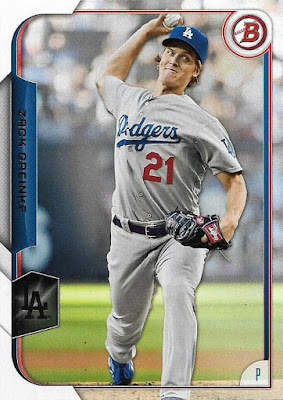 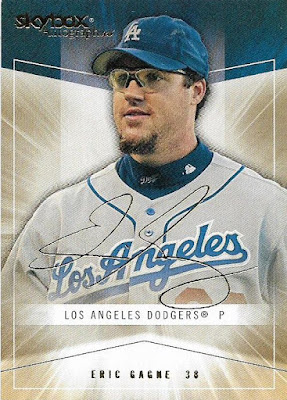 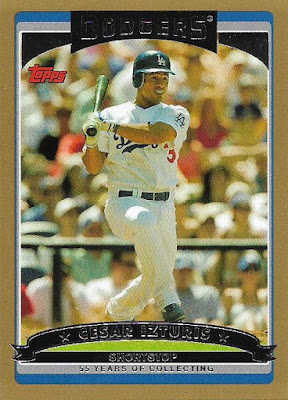 Those are some other cards that madding sent. The first is the first 2015 Chrome card I ever saw. It's of that has-been Joc Pederson now that everyone is gooey over Corey Seager. The second is of the future richest man in America who hasn't founded a hedge fund. The third is some gold sig-something-or-other-numbered-to-150 of Game Over. And the last is one of the super-elusive 2006 gold parallels, this one of Cesar Izturis. I don't know why I have such a difficult time tracking down those '06s.

As for the other autographed card, that arrived on the same day as madding's package and it's from Adam of ARPSmith's Sportscard Obsession.

It's also of a former Dodger pitcher, and one they probably could use right now. 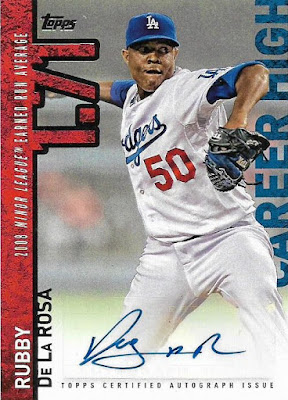 I have a few very nice Rubby De La Rosa cards, which is too bad now that he's a Diamondback. I wish Ned Colletti held onto Dodgers pitchers a few years ago. It would have guarded against what's going on now -- namely who the hell are they going to pitch in Game 3 of the playoffs? 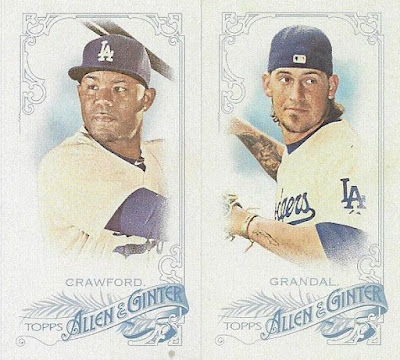 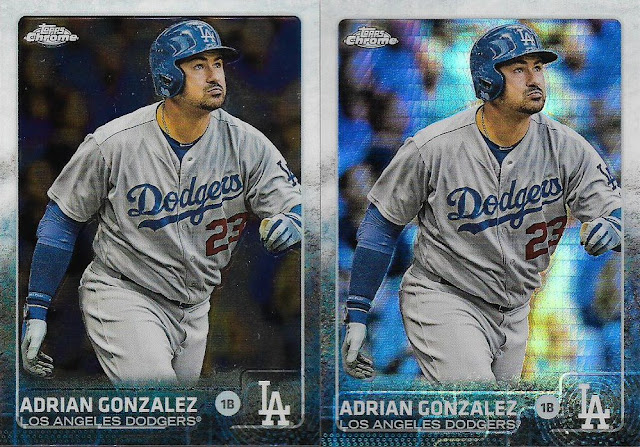 Adam also sent a couple of A&G minis and double Chromey Gonzalezes. The second flavor is the prism variety. I think I got this one to shine a little more than the one on yesterday's post. I still think Topps should go with the atomic refractor parallel. Those things from 2011 were great.

I've been able to land an autographed card for madding, as I mentioned in the last post. And I just sent some cards to Adam today, but sadly there's no auto in the package. That probably would require me to have a Giants autograph at my disposal and I think if I pulled a Giants autograph, I'd drop on the spot and then there'd be no night owl to send cards.

Anyway, ARPSmith, 2-by-3 Heroes, Remember the Astrodome, Off-Hiatus Cards and My Cardboard Habit, look for cards in your mailbox soon. And I'm working on some more packages over the weekend.

It's the least I can do to make up for lame blog post titles.

madding said…
I should probably figure out which gold parallels I have and which I don't one of these days. I've just always been really hesitant to think about cards with serial numbers because I'm convinced I will never have them all.
September 6, 2015 at 3:33 PM

Bru said…
Sweet! I'm behind on my blogroll, but I'm certainly looking forward to the package! Thanks Night Owl!
September 7, 2015 at 12:53 AM