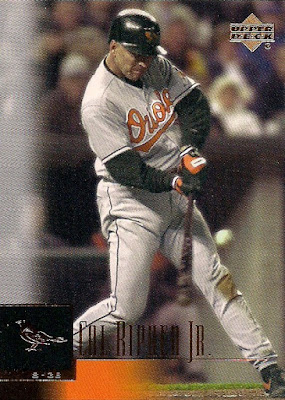 There was a time when I thought baseball players suddenly appeared one day on a baseball field on TV or on a baseball card. There was no sense of "where they came from," their family history, or even the path that they took through youth baseball, the school years and the minor leagues.

For awhile, I was aware of only the player, and if that player had a dad who played in the major leagues, I had no idea. Baseball players didn't come from other people. They were just THERE.

That changed a little bit when Topps issued the Father & Son subset in the 1976 set. That's where I found out that Buddy Bell and Bob Boone had fathers who also played in the majors.

When Cal Ripken Jr. arrived in the majors in 1981 and became a sensation in 1982, I'd hear about how his father -- Cal Ripken Sr. -- was a coach on the team. But since I didn't live in Baltimore and didn't care about coaches, that knowledge faded quickly.

Somehow, while collecting cards in the '80s, Cal Ripken Sr.'s 1982 Donruss card escaped my view. So did the SuperStar Special card in 1985 Fleer that featured Ripken Sr. and Jr. And Ripken Sr.'s first appearance as manager of the Orioles in 1987 Topps Traded was never on my radar either.

It wasn't until the 1988 Topps set, when Ripken Jr.'s brother and Ripken Sr.'s son Billy made his first flagship appearance, that I became aware of father and son and son and how cool it was. 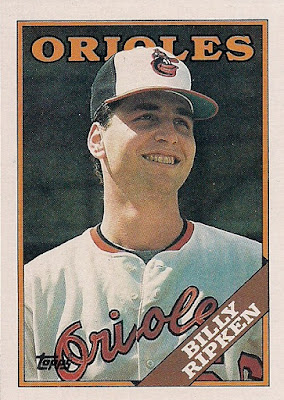 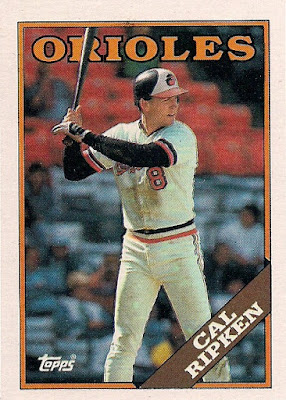 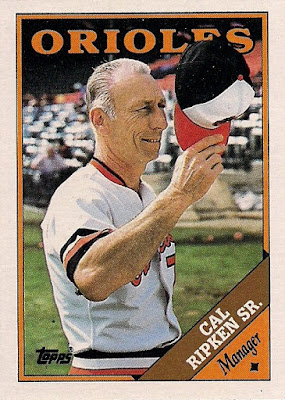 For the first time in my experience, there were three players from the same family each with their own individual card in the same set.

Of course, Ripken Sr. didn't last long as manager of the Orioles. After one full year in 1987, he was fired six games into Baltimore's season-opening 21-game losing streak in 1988. Except for an appearance on a 1989 Bowman card with Ripken Jr., that would be it for cards of Sr.

But the transition was complete. I was now aware of the father AND the son. And in fact, it's now gone the other way.

There are countless times on this blog where I have called Prince Fielder "Cecil". I've slipped and referred to Kyle Drabek as Doug. And I'm all too eager to tell you that I have Nick Swisher's dad's rookie card and how I knew about Steve long before Nick ever uttered his first "bro".

It's also extra-cool when I discover a current player has a dad who played in the majors, because I'm much more familiar with the dad's career. For example, I didn't know until now that the Blue Jays' Steve Tolleson is the son of former Rangers and Yankees glasses-wearing infielder Wayne Tolleson. And I'm ashamed to say that I've gone all these years unaware that the A's Ike Davis is the son of former Yankees and Twins closer Ron Davis, who once struck out eight straight batters in a game.

That knowledge makes me appreciate the current players more, and remember their dad's careers all over again.

Johnnys Trading Spot said…
or Raul Mondesi as Raul Mondesi or Mike Piazza as Mike Piazza, LOL. A post showing all of the Father & Sons baseball players would be pretty cool. There must be a ton by now.
June 21, 2015 at 5:38 PM

GCA said…
That should be one of next year's insert series.
Some of my player collection guys are dads now. Chris Speier and son Justin, Ivan DeJesus and Jr..
And most famously Bobby and Barry Bonds!
June 22, 2015 at 11:17 AM

Once a Cub said…
The three Ripkens share 1988 Donruss card: