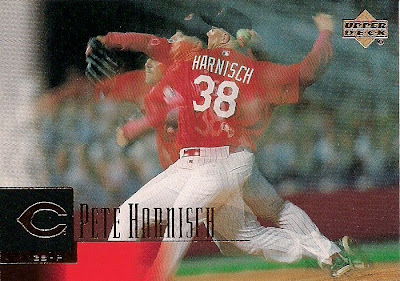 Today is one of those "high holy days" of night cards that I mentioned a few months ago.

Seventy-eight years ago tonight, the Reds and Phillies played the first night game in major league history. The Reds prevailed 2-1.

Almost a century later, night games are the rule, not the exception. Night events in general are increasing rapidly. Who had ever heard of a PGA tournament under the lights until a few years ago? But now premiere events that used to be held exclusively during the day -- golf, horse racing, auto racing -- are now also at night. (this causes holy hell with deadlines, by the way).

Increasingly, we live in a night owl world. That's right, I am hardly unique. And in some small way, we can credit or blame Reds officials Powel Crosley and Larry MacPhail for it.

They were the ones so desperate for attendance (the Reds were last in 1933 and 1934) that they thought up holding a game at night as a gimmick to get people to the park. Good thing there were no bobbleheads back then. We could still be playing all our baseball games during the day.

The first night game was an immediate success. Followers couldn't get over the quality of play. It was an error-less game and players didn't complain about not being able to see the ball, which critics figured would be a common issue.

Paul Derringer, a pitcher who would go on to win 20 games for the Reds that year for the first of his four 20-game seasons, pitched the victory. He threw a six-hit complete game, struck out three and walked none. 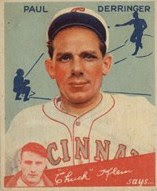 Sadly, I don't have a card of Derringer, which is why the Pete Harnisch card is featured. Hey, it's a Reds pitcher. It's not like I have an extensive Reds collection.

Nick from Dime Boxes sent it to me a couple of weeks ago. Little did I know it'd come in handy so quickly.

Not a day game to be found.

I doubt it's to pay tribute to that first game 78 years ago. It's just the way it is now.

I'm not anti-day game. I love day games. But there has always been something cool about a night game, even years and years after the novelty has worn off.

Night Card Binder candidate: Pete Harnisch, 2001 Upper Deck, #252
Does it make the binder?: Unfortunately, no. It can't beat this card.

Nick said…
I absolutely love night games. As I remember you saying in a previous post, night games seem to be more of an "event" than day games.

gcrl said…
i believe the only friday day games now are when the cubs are at home. otherwise, only night games on fridays. friday night lights, if you will.
May 24, 2013 at 11:30 PM