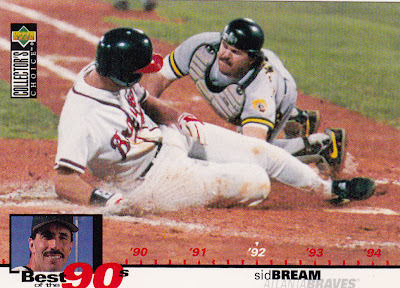 Here is a little secret about me that you didn't know:

I want to write a book. But I don't know how to go about it.

"Yeah, so?" you're saying. "You and about a million other people."

Fair enough. But I know that I have the stuff to be an "author." I can write. I write professionally. I have ideas periodically. I've won awards. My stories have appeared in public on the blog, in print and elsewhere for the last 25 years. I have the tools.

Here's what's holding me up:

1. I know nothing about the publishing side of things. To me, the publishing world is a strange, foreboding and exclusive place. How do I get published? How do I find a publisher? It's all so nebulous. Getting published in a newspaper? I know how to do that inside and out. But a book? I'm absolutely lost.

I know there is self-publishing and all that, but I'm looking for your traditional, mainstream, distribute to the masses, published book.

This haunts me even more than the first problem. I mean I come up with ideas all the time for stories in the newspaper. That's what writers do if they want to continue to have a job. Find an idea. And another one. And another one.

But nothing I think of seems good enough for book form.

The reason this card is here is I always thought that this particular play would be a great idea for a book. Perhaps it's already been written. I don't know.

The moment when Sid Bream slid home safely past Mike LaValliere's tag on Francisco Cabrera's hit in the decisive game of the 1992 NLCS turned the fortunes of two sports teams for the next 20 years.

The Braves, last-to-first darlings the year before, clinched their status as a perennial contender, a dynasty-light team that may not have won abundant World Series, but proved to be dominant for a stretch unheard of in major league baseball.

The Pirates never made the playoffs again, lost their big star slugger, and hold the longest streak of consecutive losing seasons -- 19 -- dating all the way back to that play at the plate on Oct. 14, 1992.

Wouldn't that make a great book? Examining both teams -- the before and after?

I'm sure this same topic has been discussion for many a roundtable, talk show and blog post. I can't believe there isn't a book out there on the topic.

But even if there is, it's no matter. I'm not really interested in writing it myself. All that tracking down of past players and executives, managers and fans. The interviews, the research. Hell, I do all that in my regular job.

But I probably have to get over that feeling of laziness if I ever want to write a book.

Otherwise, I just have to hope that I can take the Best of Night Owl Cards to some publisher's desk and have them say, "where you've been all my life? You're published!"

But any other time that's happened, I've woken up.

Night Card Binder candidate: Sid Bream, 1995 Collector's Choice, Best of the '90s, #55
Does it make the binder?: Nope. It has to contend with Manny in a Dodger uniform (2010 Topps). That's a losing battle no matter how historic the moment.

dayf said…
I've got about a half dozen novels bouncing around in my head in various stages of completion. If anyone them actually escapes my noggin and crystallizes on paper (or pixels) it's a toss up on whether I'll release it online for free like "John Dies At The End" or hide it in my closet so my wife can burn it when I die so as to not embarrass the family.
March 29, 2012 at 9:20 PM

Erik said…
I have a great friend with a story similar to yours. He writes for a local paper but has dreams of publishing a movie script about a hockey team. He's talented and I would love to see what he comes up with but he hasn't moved forward.

You have the blog of the year and you entertain people with your writing. Don't let a lack of knowledge about publishing hold you back. Do the writing then worry about the next steps.
March 29, 2012 at 10:27 PM

Play at the Plate said…
A book that centers around a play at the plate? I'm so there. Or any other book you write for that matter. I'll even buy Dayf's book, even if it's about ponies.
March 30, 2012 at 5:15 AM

Orioles Magic said…
Good luck with this, I have started to write a few books over the years, but have never stuck with it. And you're certainly a more entertaining writer than I.
March 30, 2012 at 2:30 PM

Michael J Buchanan said…
Want to get your book published and in the mainstream, then you'll definitely need an agent. You're topic is very interesting. I'm a fan of neither team and I'd give it a read.
March 30, 2012 at 5:55 PM