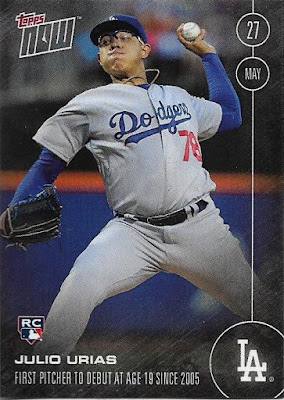 We're three weeks away from the end of the year and probably the biggest card news of all of 2016 has at long last ... finally ... arrived here at the night owl nest.

This card is my first Topps Now card. The first on-demand card set made its debut on April 3 and collectors everywhere plunked down $9.99 for a single card ... repeatedly. Others searched out deals to acquire the outrageously priced items much more cheaply.

I quietly pined for some of the Dodgers early on, then decided they were best ignored. At one point I spied a Topps Now card or two for $5, or some other price I could live with, and placed it in one of my online carts. There, it was either snatched out from under me or I found something else much more enjoyable and cheaper. And, so, the second week into December, I still didn't know what a Topps Now card felt like or truly looked like.

Now, however, I have one.

Well, that's done! What else we got?

I received the card from Daniel at It's Like Like Having My Own Card Shop. Since it arrived as part of a trade, it was free. Not $9.99, not $5.99, not 99 cents (I think if we were putting a real price on this card in terms of quality, something under a dollar is more appropriate). I am willing to wait as long as it takes to get a $9.99 card for free if I'm not all that fascinated with the product.

Granted, Topps Now is a very interesting premise. It's smart and about-time in a few ways. But the price put a damper on everything for me, so I ended up not caring.

However, I am thrilled to have one of the Dodger cards, and most likely I will pursue some more whenever things get down to my way of thinking. The card I received was the 102nd card issued and the ninth Dodger (keep in mind, this was only May 27th!). It has one of the larger print-runs, I believe, at 2,992 cards, because everyone has to have their rookie mojo. 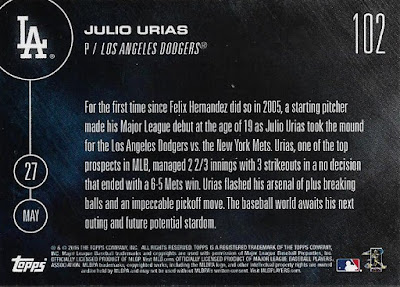 This card is actually Topps capitalizing on collectors trying to capitalize. Some still see dollar signs in their eyes when a 19-year-old takes the mound. But as you can read on the back, Urias' performance wasn't worthy of a card. He pitched 2 2/3 innings and gave up three runs in the first inning. That's a 12.27 ERA, son. They used to send you back to the minors for that, not make you a card on the spot.

Urias received at least one other Topps Now card, I'm not sure if he had any more. I've pretty much lost track of the Dodger totals.

As for the card quality, I won't go overboard: it's your basic modern-day card stock, perhaps ever-so-slightly thicker than a flagship card, and a little more glossy. The design is basic and pleasant, a good choice. Can you imagine 2016 flagship's design coming at you 3 or 4 times a day?

Daniel sent me a handful of other Dodgers in nice Christmas wrapping. Let's see some of them: 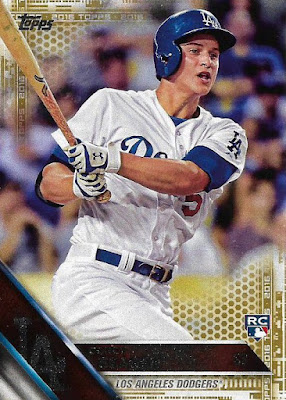 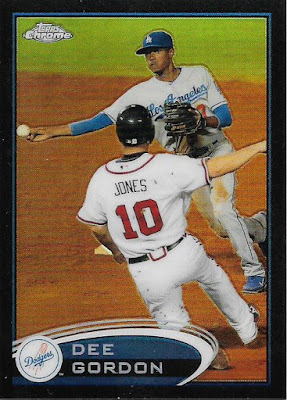 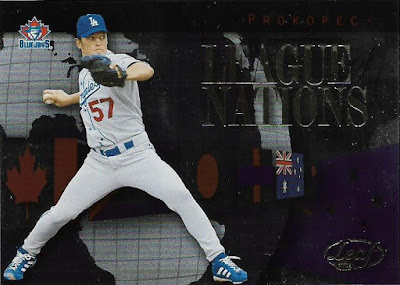 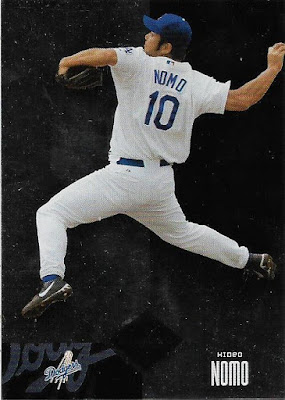 Lots of serial-numbered stuff there.

My guess is Topps Now was a rousing success and that we'll see it again next year. I doubt it will be received with the same enthusiasm. Topps definitely should tweak it a bit, and if I ever hope to get involved, the tweak will have to include the price.

I'm happy I was able to land a Topps Now card within the year that it was made. But, honestly, I'm having a much more enjoyable time collecting all the Topps Then products.

Tony Burbs said…
Agreed - the concept is welcome and long overdue. However, the price point just too preventative, which is a darn shame.

Anonymous said…
Silly me, I thought that Topps Now would end after the World Series was over and awards had been handed out... but now they're doing cards for major trades. When will this madness end?
December 10, 2016 at 11:25 PM

Daniel Wilson said…
I couldn't bring myself to pay full price for any Topps Now cards, so when I came across this one for $1 I had to pick it up to check it out. Hopefully, sometime soon I'll find a D-Backs Topps Now card.
December 11, 2016 at 6:38 AM

P-town Tom said…
I think if Topps wants to keep the interest in the Topps Now brand they'll have to come down on the price, otherwise only those with a profit in mind will be purchasing these.
December 11, 2016 at 8:13 AM

Fuji said…
Personally... I'm okay with Topps Now for one reason. It's fun collecting cards created for players/games you actually attended and witnessed.
December 11, 2016 at 9:51 AM

defgav said…
I'm hoping they're serial-numbered next year, even if that tacks a few days onto the process.
December 13, 2016 at 4:44 PM