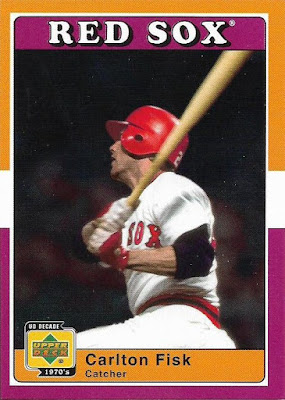 There's no baseball on TV tonight, which is probably a good thing for me. I could use the rest from all the bad (and deliberate) relief pitching and every last close play going against the Dodgers.

During the welcome break I've been watching Game 6 of the 1975 World Series. It happened 41 years ago today, and as I mentioned before, Carlton Fisk's game-ending home run in the 12th inning is my first baseball memory.

I've been trying to determine whether the photo on this card from 2001 Upper Deck Decade 1970s is of Fisk's swing on his famous home run. I know Upper Deck wants you to think it is, right down to the fact that it made this card No. 27, Fisk's uniform number with the Red Sox.

But everything about the photo matches with that moment. It's the right helmet and uniform. Fisk was wearing those exact batting gloves on both his hands and the black undershirt.

Here are just a few screen shots of Fisk after his home run at the height of his backswing: 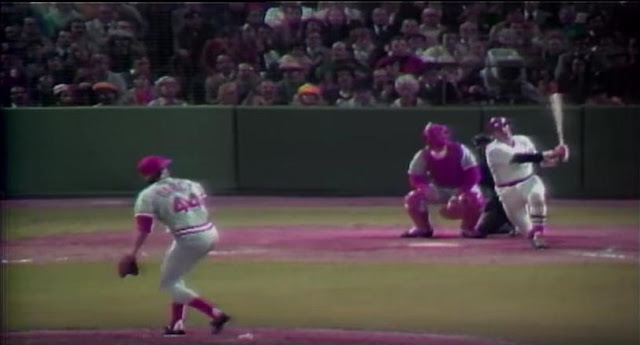 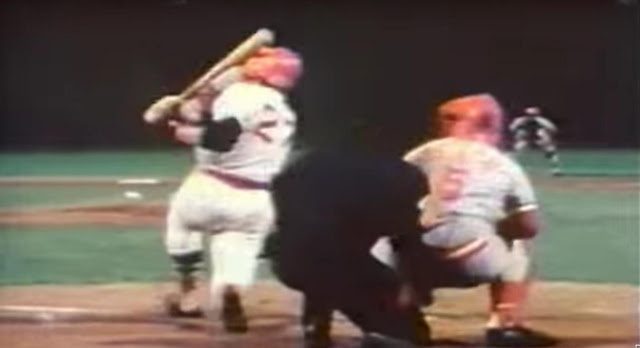 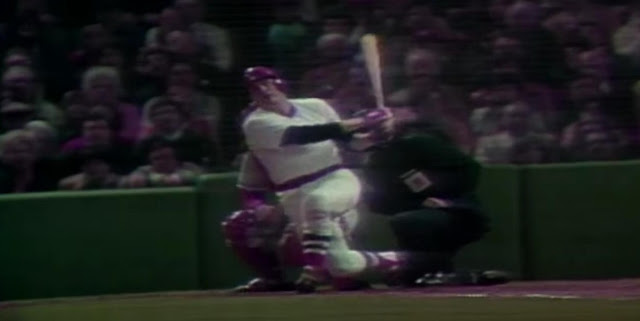 None of them are from the same angle as the Upper Deck photo, but I don't have time to search for every angle. It's enough to confirm it for me, that it is indeed a photo from that epic at-bat.

(Phungo weighs in and says it is definitely from that at-bat).

But I don't need to have this card showcase that home run, as there's already a night card in the binder of that play. 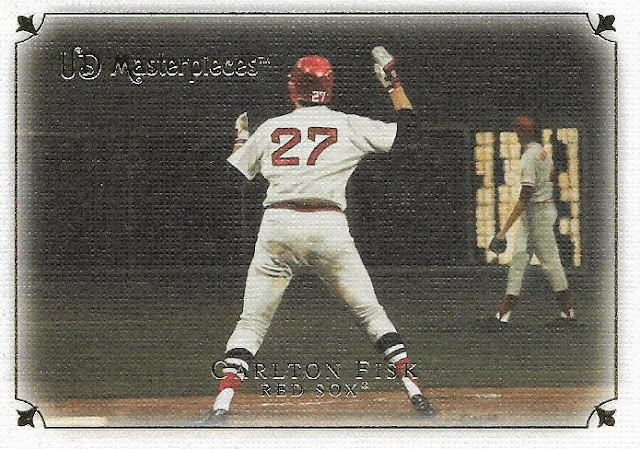 But you can never have enough reminders of what the team you're rooting for can do during a Game 6.

The Snorting Bull said…
This home run was before my time, but I always remember Fisk waving the ball fair being in the opening montage for This Week In Baseball. Love the Masterpieces card at the bottom, great set.
October 22, 2016 at 2:56 PM