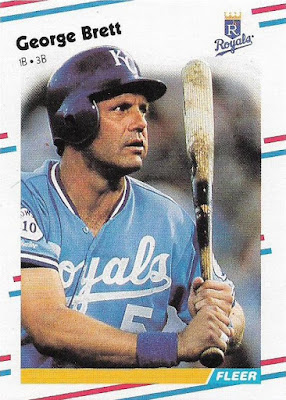 I can't believe I haven't featured this card yet on Awesome Night Card. How was I able to resist? Brett's quizzical stare aimed at the ump, the pine tar halfway up the bat five years after the freakout, the Dick Howser memorial patch, this card coming two years after this card. Just so much to admire, review, question and get into that Night Card Binder already!

But here is another reason:

I've considered 1989 Upper Deck a significant night-card pioneer, the set that distributed night cards into the mainstream, turning night scenes from an occasional quirk into a regular part of the set.

Perhaps I've been a bit hasty.

The 1988 Fleer set, which I enjoy more than '89 Upper Deck by the way, seems to have more than its share of night cards. I don't know the full story as I own just 60 or so '88 Fleer cards, but I've already featured one 1988 Fleer night card on ANC. And there's the Brett card. And then there's these three: 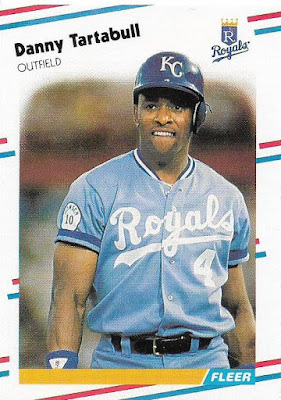 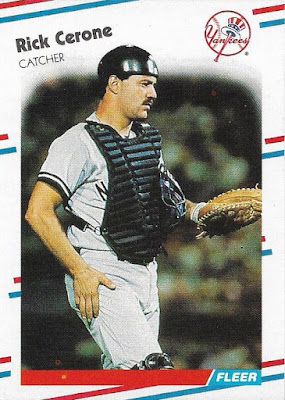 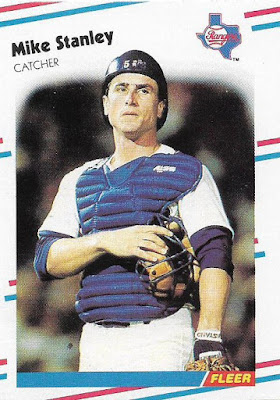 That has to be more than a coincidence. That's 1988 Fleer being a night card pioneer!

This is good to know.

1989 Upper Deck gets entirely too much credit already.

Don said…
Fleer seems to have more than it's fair share of night shots. There are a few in the 81 set taken at Fenway, in 82 there are some at the Vet. In the 84 set there are photos that were taken at Arlington stadium. Fleer may have really been the pioneer of night game photos.
August 1, 2016 at 9:13 AM