The new cards are coming out earlier and earlier 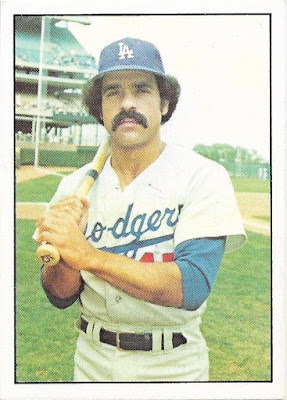 I received four card packages in the mail today. I don't have time to open any of them, but it's nice to know I have those in the back pocket when January is getting me down. It's a slightly healthier way to cope than alcohol.

It's been so hectic around here (just got stopped by a cop who told me I had a brake light out -- yes, sir, I'll add that onto the pile!), that I still haven't cleared out all of the packages I received in 2015. I'm about three weeks behind on this stuff, which is actually pretty good for me.

Just after Christmas, I received my annual Phungo cards from team Phungo. These usually appear in January as the first new cards that I receive all year. But this time they showed up in December. The package arrived just as I was about to head out on a Christmas trip to the in-laws. So I threw the package into the suitcase and opened it in the guest bedroom 200 miles away.

Yes, it is my goal to open packs in as many places as possible. 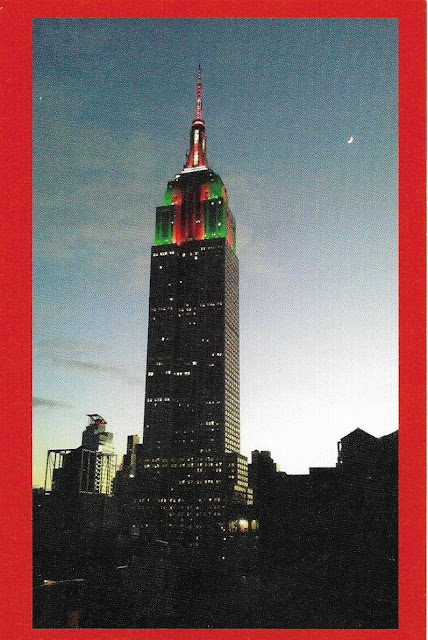 This is the postcard that arrived with the package. See? It was still Christmas. I guess Phungo really wants to make sure he beats Topps to the streets.

The pack (sorry, I already threw out the wrapper) included the usual mix of Phungo cards and mass-produced regular cards that fit into my collection. I like these packs a whole lot.

Here is what I received for 2016 Phungo cards. 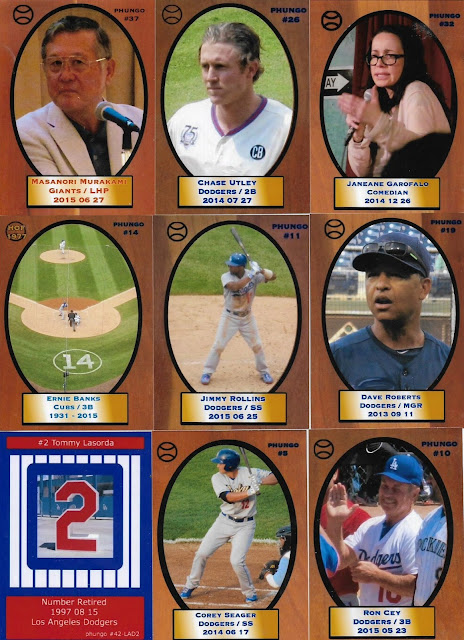 A very different look this year. Phungo explained on his blog that he was itching to create a wood-themed card and these are based on the 1912 Imperial Tobacco cards, which was a Canadian issue.

Phungo cards are much like Allen & Ginter, a mix of baseball and other items of interest. This year I received cards of actress Janeane Garofalo and the first Japanese player to play in the majors, Masanori Murakami, along with tributes to Ernie Banks and Tommy Lasorda. But I was particularly thrilled to see the Ron Cey card fall out, the last one in the Phungo pack!

This might be my favorite Phungo pack of all-time and I've been getting these packs for six years!

Let's get a look at the more pedestrian cards. 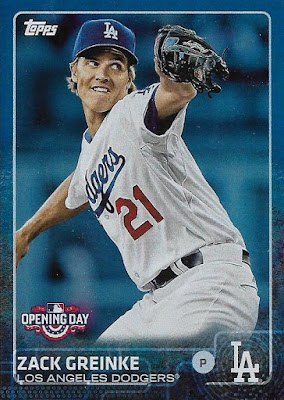 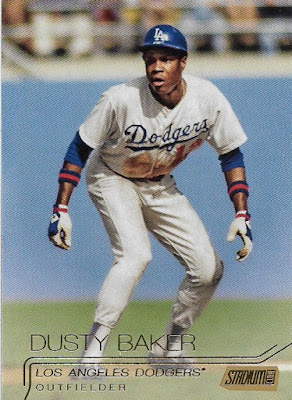 The pack was heavy on parallels because even Phungo Cards knows I'm a sucker for parallels. I have traitor issues with both of the above players. 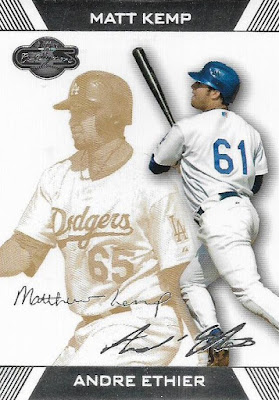 2007 Co-Signers is One Messed Up Set. But it's one of those sets issued during the early days of my blog when all of us bloggers could sit around and bash all the things wrong with this set. Now those bloggers are off snap-chatting or whatever and nobody reading this was alive when Co-Signers came out. What's the point? So ... this is a weird, numbered card that I needed, blah, blah. 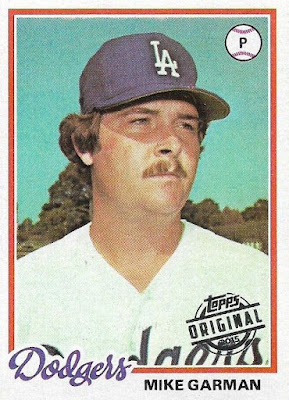 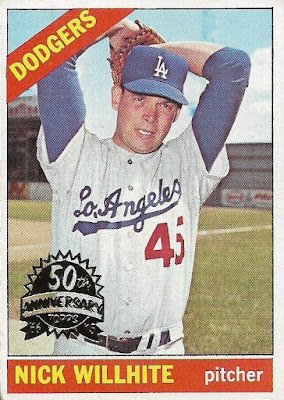 I don't really collect buybacks of Dodgers cards, although I will accept them. But we're leading up to something here. 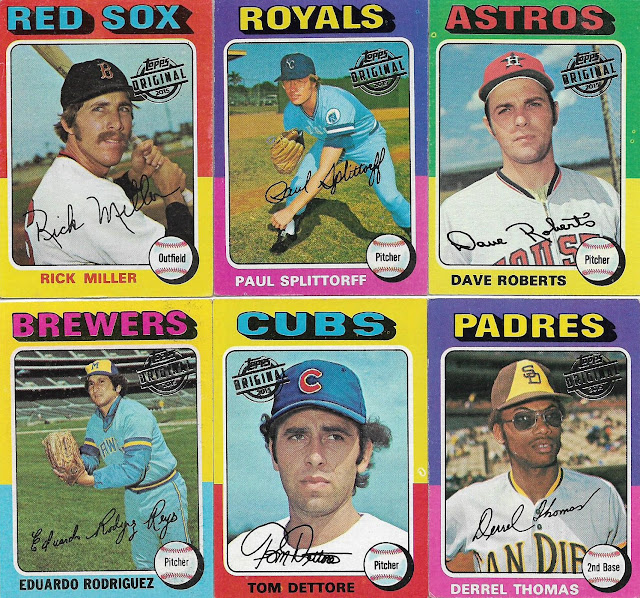 And here it is!

Six more '75 buybacks for my collection. I now have 48 of these in my hair-brained quest to complete as many of these '75s that exist. These cards make me much happier than they should. 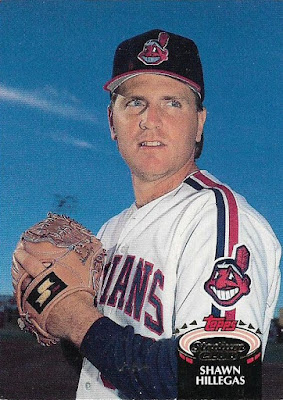 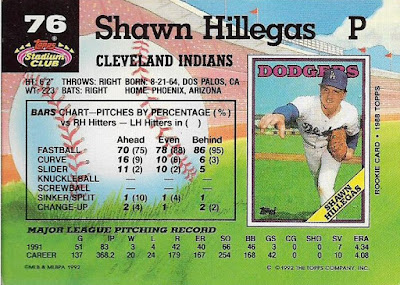 Finally, Phungo is trying to get me to put cards in my Dodger binder based on the picture on the back. Even I'm not that far gone.

AthleticGigantes said…
Although I'm not a Dodger fan, it's great to see a recent picture of Ron Cey. Brings back some memories of those Yankee - Dodger WS games in the late 1970's.
January 19, 2016 at 10:22 PM

deal said…
Thanks for the Write Up! Glad you were happy with the Ron Cey card. There is some wackiness involved with the Ethier picture. Wrote up the Ethier/Kemp CoSig here http://phungo.blogspot.com/2008/12/sloppy-topps-andre-eithier.html
January 20, 2016 at 7:01 PM