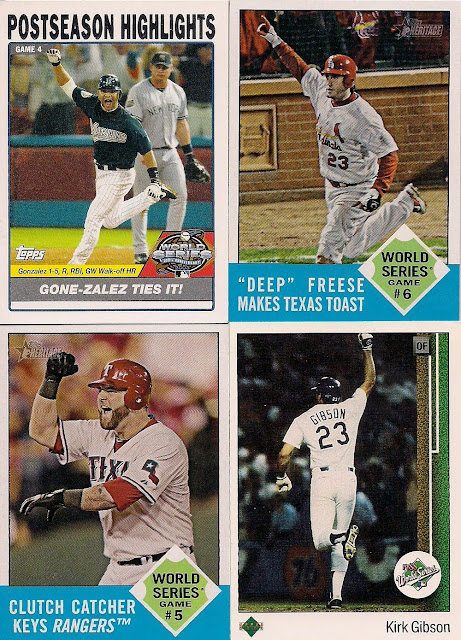 Here is hoping that a Dodger is lifting his right arm victoriously while he trots toward first base at some point in this agonizing NLCS.

(How come it's never the left arm?)

Do they make the binder?: Gibson's a former Awesome Night Card subject and already in the binder. And the other three cards join him.