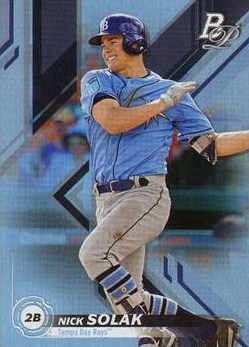 Who is Nick Solak?

That comes to only 347 total, and there are two "combo cards," so I don't know where I missed a spot -- this sinus issue isn't going away -- but I do know THERE AREN'T ANY MORE RANGERS!

How does this happen?

This is a notable goof. It's possible there is a reason for it. Ryan Cracknell from Beckett brought up the possibility of the Rangers' recent change of its logo affecting things  -- and, man, if anything could cause such a blatant screw-up, it's licensing rights and trademarks -- but it still doesn't seem like it explains Solak, and only Solak, slipping through.

Although set-collectors may be on the decline -- and Topps has definitely shown it doesn't care much about them anymore -- team collectors remain a sizable and vocal part of the collecting scene.

Sure, I can't find a Texas Rangers collector anymore to send my unwanted cards, but the team isn't going anywhere. They weren't dead-last a year ago anyway. They've got guys on their team that I've heard of: Gallo and Choo and Calhoun, and Kluber now, I mean, come on!

Topps' base set, especially Series 1, used to be the "set of record," the set that represented the season just passed. All the players and teams were there, fairly equal in representation. That's become less and less the case in recent years.

What is the Topps base set now?

There are 47 rookie cards out of the 350 cards in 2020 Series 1, according to the checklist. That's 13 percent of the set. How many of those 47 have I heard of? I don't know, maybe 5? But that doesn't matter: how many of them are going to be on baseball cards in three years? For too long I've been purchasing base set rookies who I look back on five years later and say, "WHO?"

There may be a reason why Solak is the only Ranger in Series 1. Perhaps in the weeks ahead, or when Series 2 is released, it will become clear.

Speaking as a Dodger fan, I certainly don't need 17 Dodgers in Series 1 to collect. One of them is Tyler White, for crying out loud. Give his spot to a second Ranger.

I will steadfastly collect the first packs of the season until I can't anymore, but it's a bit sad to see what Topps' "flagship" set has become.

Once, I pulled cards like these out of Topps' flagship: 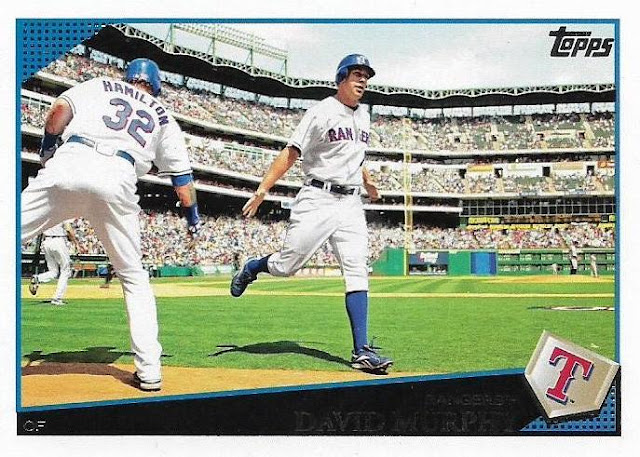 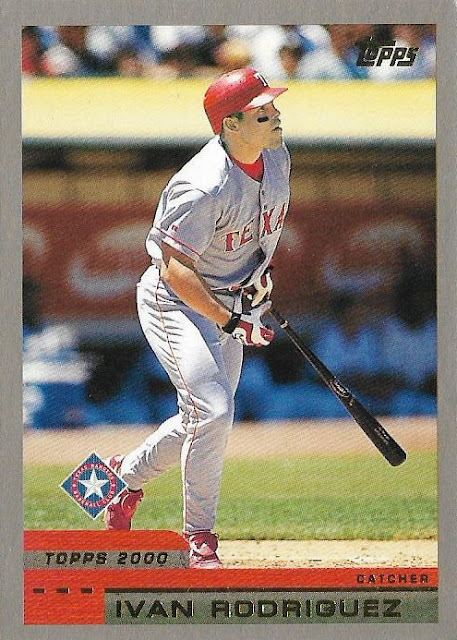 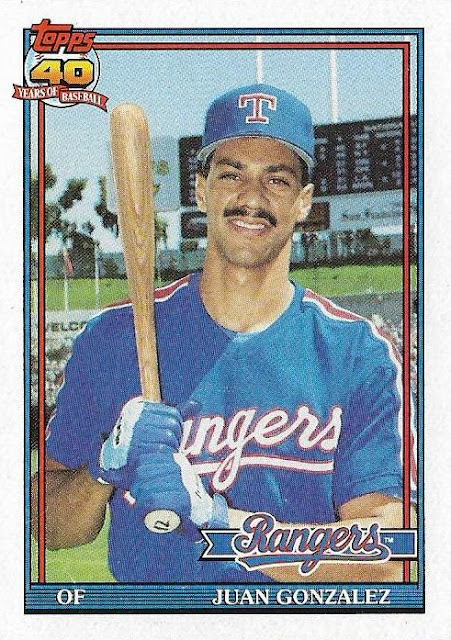 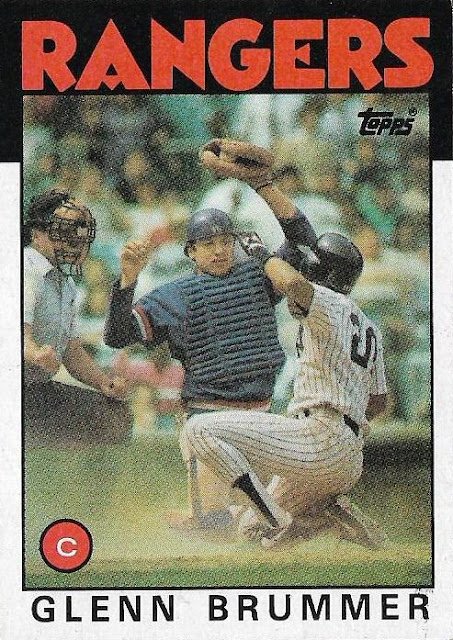 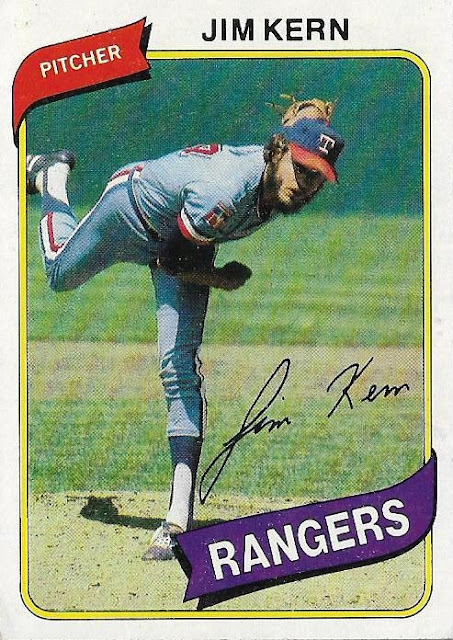 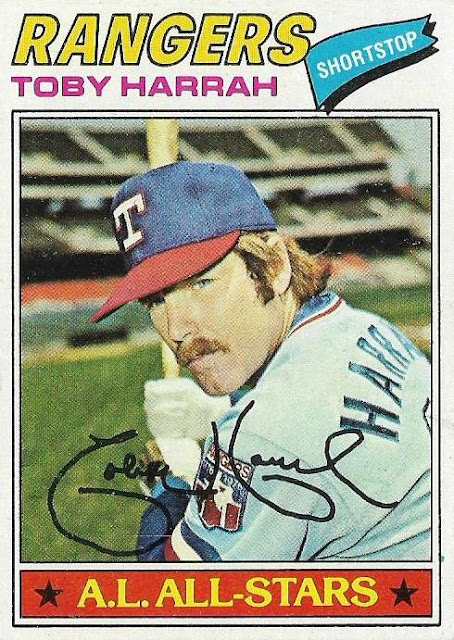 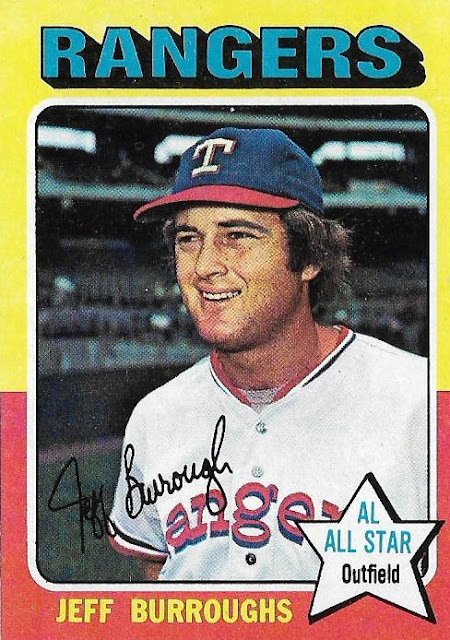 Maybe it's time for MLB to grant someone else a license. 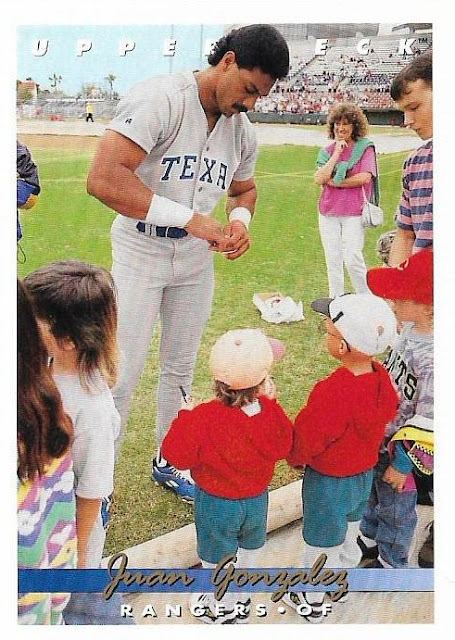 Brett Alan said…
That is INSANE. There must be some explanation--I mean, I understand that there aren't many Rangers collectors out there, but they can't be any harder to find than, say, Rays collectors. It doesn't seem that anyone has really noticed--the Beckett and Cardboard Connection listings on the set don't say anything about this, at least as of now.

Henry Blanchette said…
If I recall correctly, other teams have changed their logos while still having more than 1 card in the checklist but hey, maybe they're saving up for Series 2 :)
January 27, 2020 at 8:32 PM

kcjays said…
As a set collector and Royals team set collector I'm used to there being a smaller number of cards than my NL team, the Cardinals. But 1 card! That's insulting. I certainly hope that there is a balancing in Series 2.
Sidenote: I did a quick count of the Royals cards scanning the list on Cardboard Connection and only counted 8 Royals cards. I'm sure you're correct at 9. Happy to know that I missed one.
January 27, 2020 at 10:07 PM

Sean said…
In Japan the sets put out by the major maker in the 1970s (Calbee) would always exclude the players from one team (the Orions) since they were owned by a company that was a business rival of Calbee's snack division. So for about a 10 year stretch the flagship sets all just featured players from 11 out of the 12 teams in Japanese pro ball.

I'm kind of surprised to see that Topps is doing that, though undoubtedly for different reasons.
January 28, 2020 at 12:10 AM

The Bucs Stop Here said…
Yeah, this has really stirred up some controversy. Interesting thought from Cracknell, but if that’s the case, wouldn’t there be no Rangers cards at all? Who knows. Hopefully they make up for it in S2 for Rangers fans.
January 28, 2020 at 10:29 PM

Fuji said…
One Ranger? That's cardfoolery. And heck yeah... it's time to grant someone else a license. I say give Panini and Upper Deck MLB licenses.
January 29, 2020 at 12:26 AM

madding said…
This is godawful and I instantly regret buying into a group break of this garbage. I'm obviously not a Rangers fan, but I'm super pissed about this as a team collector.
January 29, 2020 at 2:07 AM