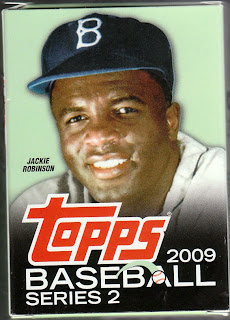 I know everyone has seen Topps Series 2 by now. But have you seen it out of one of those cereal boxes? I haven't. On the blogs anyway.

I found these standing up like toy soldiers at Target today. I naturally picked the Jackie Robinson box. I have no idea who is on the other boxes, because all I saw was Jackie and my mind was made up.

Everything about the cereal boxes is the same as Series I. A total of 55 cards, plus one legends chrome refractor. One Turkey Red, one Legends of the Game, one Toppstown. All for $9.99. Off we go: 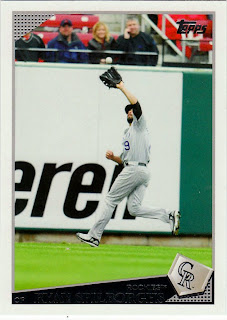 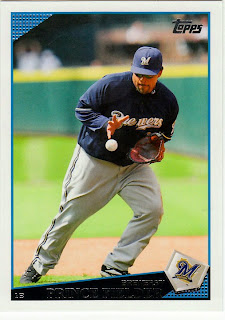 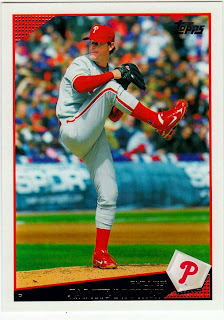 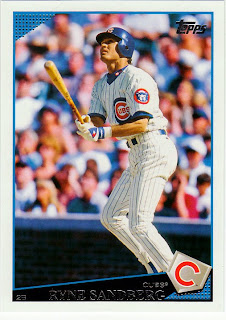 26. #350 - Ryne Sandberg, Cubs (The non-shortprinted #350 is Dustin Pedroia. Now, I am willing to trade this for the short-print Pee Wee Reese card from Series I). 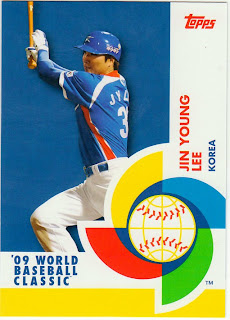 27. #BCS2- Jin Young Lee, Korea, World Baseball Classic insert. (I have no idea if there is one of these in every cereal box. I wish I cared about these cards. I just don't). 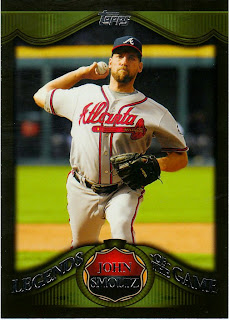 28. #LG-JS John Smoltz, Braves, Legends of the Game insert. (I'm not sure if I like guys who are still active featured in the LOG series, but no biggie).
29. #TR-68 Lance Berkman, Astros, Turkey Red insert (I get way too many Berkman cards. This will be headed for Capewood somewhere around All-Star break time with a bunch of other Astros).
30. TTT48 Mark Teixeira, Yankees, Toppstown (Weeee!) 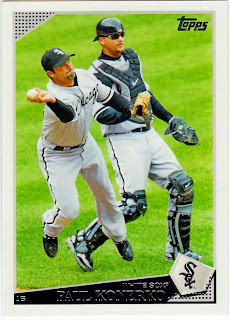 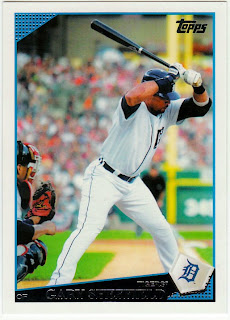 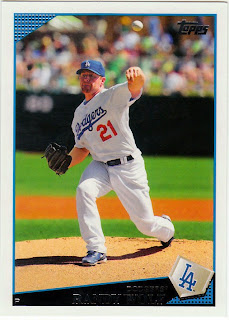 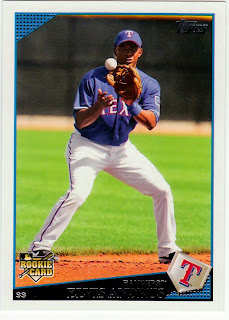 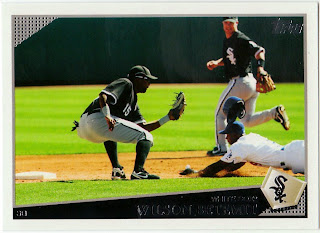 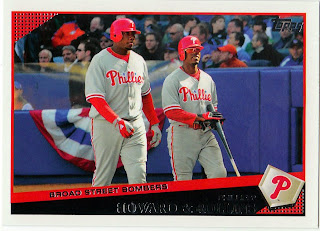 53. #601- Classic Combos, Broad Street Bombers (Howard & Rollins)
54. #632 - Brett Myers, Phillies
55. #588 - Jorge De La Rosa, Rockies
The last eight cards in the box were horizontal. In fact they were the only horizontal cards in the box.
And my snazzy chrome refractor that Beckett probably says is worth $50?: 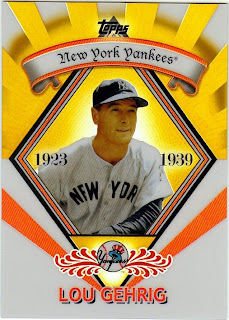 The Iron One. If Marie of A Cardboard Problem wants/needs this card, it's hers. Otherwise, I'll trade it for the Jackie Robinson refractor in this series or something Dodgery.
Boy, when you're collecting this set, there is nothing like the cereal boxes. These things are fun. Hope you enjoyed.

MarieBay said…
Why thank you good sir. However, I will decline the offer it makes more sense for you to trade if for the Robinson card. Thanks for thinking of me, if I spot one of those I will pick it up for you.
June 6, 2009 at 12:01 AM

Motherscratcher said…
I really like the cereal boxes too. Mostly for the refractors.

It wasn't too long after we started posting about how much they were "worth" that Beckett dropped the value drastically.
June 6, 2009 at 12:08 AM

night owl said…
I do have that card, Captain.

I'll hold the card for you. I'll probably send it with the other cards I'll pull for you. I'm starting the searching process this weekend.
June 6, 2009 at 12:12 AM