Variety in a box 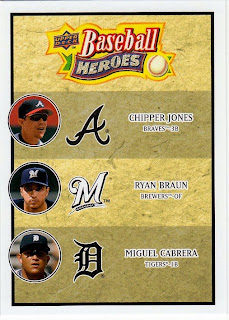 It's time to tackle the epic box that Jeff of I am Joe Collector sent me out of the goodness of his heart. Honestly, he must have shelled out a pretty penny for all that postage, and as many bloggers have noted already, he didn't leave a return address. (I might have to put my reporter hat on and do some sleuthing. After the holidays, of course).

The 434 cards arrived Saturday (plus more than 70 checklist cards. Checklist cards as packing material? Hmmm. I see a Things Done to Cards post on the horizon). I'm finally getting around to sifting and organizing. And I've been on vacation, too! That's how much Jeff sent.

I had expected just Dodgers cards. Which is fantastic all by itself. But aside from the 181 Dodgers cards, Jeff sent cards of teams from four different sets. He basically sent starter sets for 1993 Topps, 1996 Topps, 2000 Topps and 2008 UD Baseball Heroes. Before I get to the Dodgers, let me show a glimpse of the other cards. 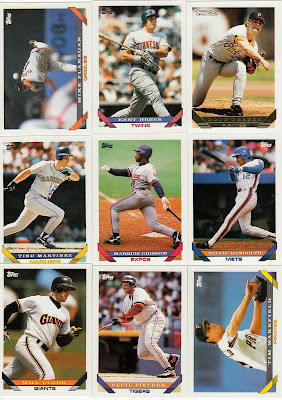 1993 Topps. I received 67 cards. Jeff is quite observant because the years that he sent were years I didn't collect much at all. 1993 was the last year I collected current cards until 2006. But I didn't collect many '93 cards. Maybe 200. 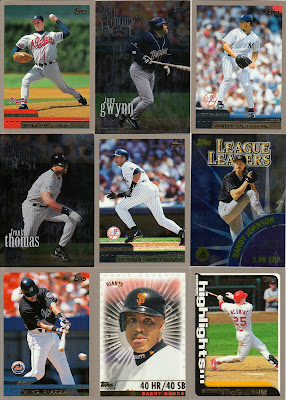 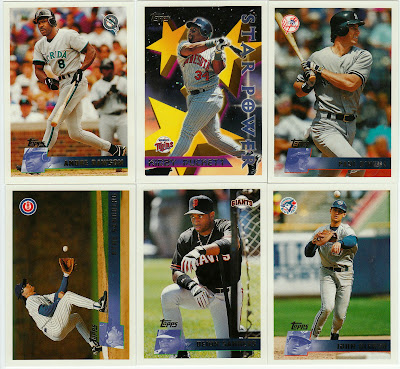 1996 Topps. 36 cards. There are two years in my collecting life in which I didn't purchase a single card. 1999 is one, the other is 1996. So all of these are brand new to me. I've always thought the little head in the bottom left corner is odd. 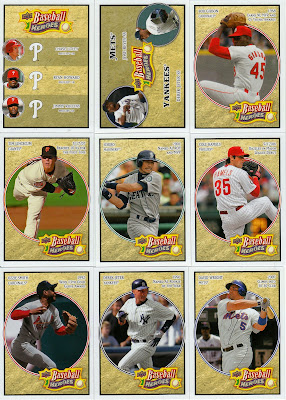 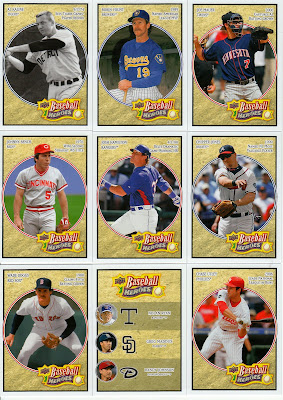 2008 Baseball Heroes galore! 84 cards. Is that half the set or close to it? Geez. Jeff's trying to get me to collect this thing. Back on this post, I said I didn't enjoy the base cards. I enjoy them a little more now that I have about 100, but I still think they need to make all the colored parallels base cards and then I'll collect this like crazy.
Here are some of the Dodgers: 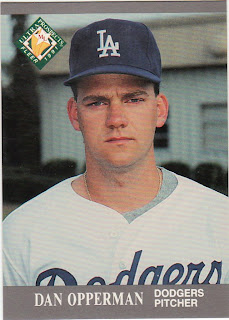 Dan Opperman, 1991 Fleer Ultra. My second Dan Opperman card! Once again, Opperman never made it to the major leagues. Thanks to everyone's desire to have the first card ever made of someone, tons of players who never had an at-bat in the majors have cards. At least here, he's clearly identified as a prospect. (Minor league sets, meanwhile, are cool. Because you KNOW they're in the minors. They're not wearing a uniform that they never wore in a major league game). 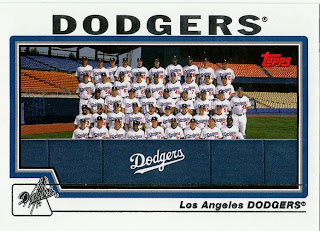 Dodgers team, 2004 Topps. You need a magnifying glass to identify anyone on this card. 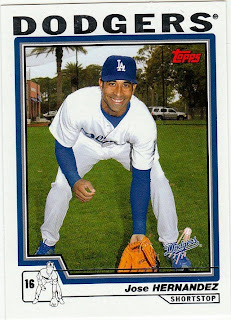 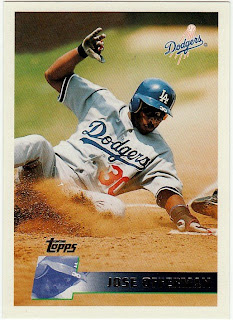 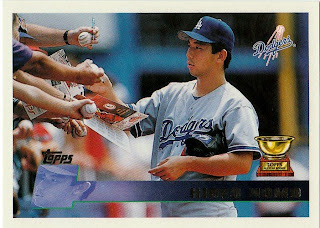 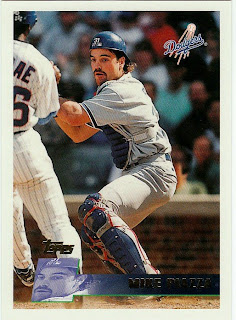 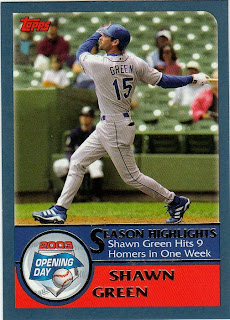 Shawn Green, 2003 Topps Opening Day season highlights. Topps is noting Green's epic power streak in May of 2002. Green has been the subject of juicing rumors because of his power numbers with the Dodgers (and his dramatic drop in power in 2003). But I don't think you can accuse someone based merely on numbers. There are hundreds of players in the history of the major leagues who have had "where did THAT come from" years and then come back down to earth. And many of those happened long before the steroid era. You need more proof than a number spike. 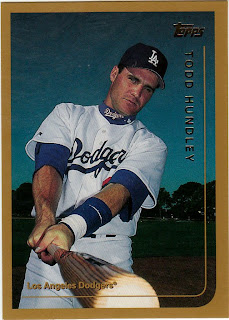 Todd Hundley, 1999 Topps. Now, Hundley is a Mitchell Report guy, so there's some substance there. He hasn't ever commented about it, though, as far as I know. 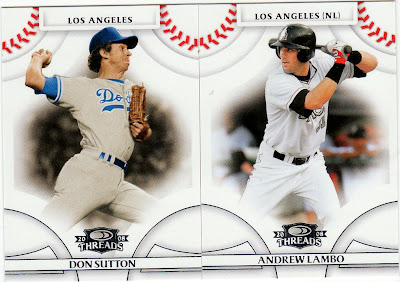 Don Sutton and Andrew Lambo, 2008 Donruss Threads. Lambo split time between Single A and Double A in 2008. Sutton is a Hall of Famer. Yet they share the same set and are basically treated as the same on the front of the card. Wow. Donruss Threads, as you all know, doesn't have an MLB license for its cards, but it did stay at a Holiday Inn Express last night. 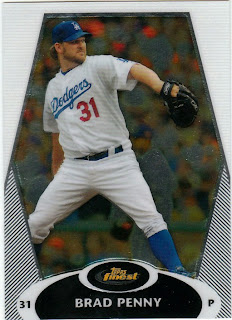 Lastly, just because I have no 2008 Topps Finest Dodgers, Brad Penny, who remains unsigned this offseason.
Thanks for the cards, Jeff. You're very generous. And you have a lot of cards.

stusigpi said…
My Address has appeared somewhere on my site once before if you are feeling investigatory. However, i require nothing in return. The 96 set was a break. So was the 91 ultra. The 93 topps was a cello box that I bought a couple years ago to see if I could pull the Jeter gold. I was also on collecting hiatus during the same time that you were but I have tried to fill in some holes by buying cheap wax.

I think a few of those sets from the 90's were better than we remember. The cost of the wax is what did us in. It was like eating a cup of sugar that you paid $100 for. For example the 92 and 93 I like. I hated the 94's when they went to the glossy finish. It is useless to bust wax of 94 and up because the cards stick together and you end up ripping the finish off to get the cards apart.

As far as set collecting. Some of these new sets that are 100-200 cards might be collectible. You can fit them in 12-25 pages so you can actually look through them thus giving you a reason to collect the set. Many of the sets are just too large to make it worth collecting.

Anyway, hope you enjoy them.

MMayes said…
Just to follow through on a theme in this post.....I do not believe Mickey Hatcher was ever the rumor of steroid use, unless Tony LaRussa suspected it in October 1988.
December 19, 2008 at 3:38 PM