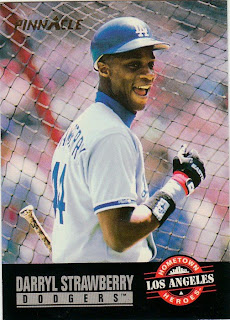 That's "merry" as in "Merry Ol' England," not "Merry Christmas." But no matter, since I could use a whole lot of "merry" after the night I had. My wife got sick and it was about as unpleasant as it gets. She's recuperating now, but I'm on zero sleep, and I could use a pick-me-up.

Fortunately, John A., of Pursuit of 80s(ness), sent yet another package of Dodgers all the way from the U.K. earlier this week and I'm just getting to them. Let's see some of the goodies he sent: 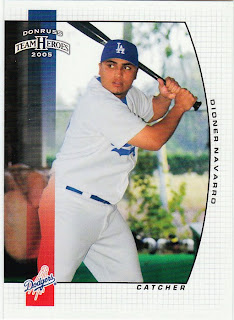 Dioner Navarro, 2005 Donruss Team Heroes. You don't see a lot of cards featuring Navarro's face. Or at least I haven't. He always seems to be wearing a catcher's mask, or way off in the distance or something. 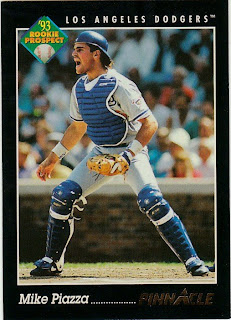 Mike Piazza, 1993 Pinnacle. John found a way to send me a Piazza I don't have. Which is getting increasingly difficult. 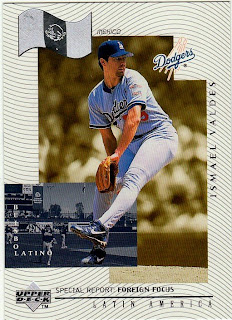 Ismael Valdes, 1999 Upper Deck, Foreign Focus subset. This card comes complete with a map on the back. I'm a sucker for maps. But this one is kind of hard to read. 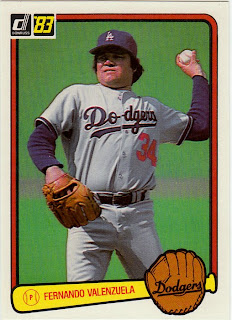 Fernando Valenzuela, 1983 Donruss. Two Dodger Mexican pitchers in a row! This card is the first of three I'm showing that is playing havoc with my binder organizing. I finally got to the point where I could start organizing all the cards I've received in trades the last four months. I made it up to about 1988. But now I've got some more mid-80s cards to throw in. If I had the patience, I'd track down every Dodger issue and leave blank sleeves for the cards I don't have. But I don't ever see that happening. 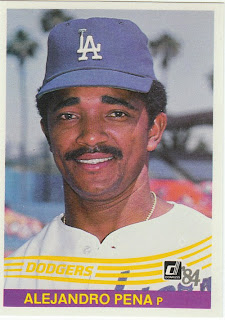 Alejandro Pena, 1984 Donruss. Cards of '84 Donruss are not easy to find, so I especially like this card. My second favorite one in the package (most favorite coming up). 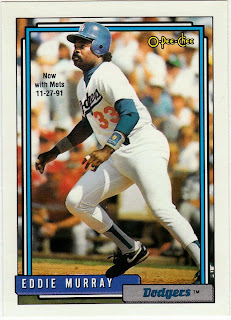 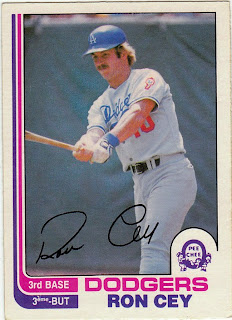 Finally, a great 1982 O-pee-chee card of Ron Cey. A Cey card I don't have! Fantastic. The Penguin has a great signature, by the way.
I'd say this package was a complete surprise because John and I didn't have any trade in the works, but he notified me that he'd be "posting this off." That was very generous of him. I'll be tracking down some more Red Sox in the next few weeks.
Thanks, John. I needed that. Now, I hear a pillow calling me.

jackplumstead said…
Glad that you liked them and they helped in your moment of need! You don't have to send cards back everytime. I enjoy reading the blog and had just built up a pile of Dodgers and sent them your way.
December 11, 2008 at 3:43 PM

stusigpi said…
I used to date a brit, had a few wine fueled dinners with her and her family and never got tired of their sayings.
December 11, 2008 at 7:55 PM