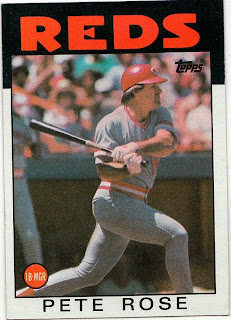 This goes against everything I stand for as a collector, but I have to say it: stop sending me cards.

Well, OK, I didn't mean it like that. I merely meant stop sending me 1986 Topps cards, because in the last two weeks I went from needing more than half of the set to needing JUST FIVE CARDS.

Today I received two packages in the mail, both including 1986 cards. Those two packages, from Joe of MLB Collector and Tom of Lets Play 2, whittled my want list down to merely #45 Damaso Garcia, #102 Joe Orsulak, #135, Joe Niekro, #500, Rickey Henderson and #562, Joe Beckwith. Two Yankees in that group. The final cards I need to complete a set almost invariably include Yankees. That team is destined to haunt me until the day I die.

The fact that I was able to make such short work of a 792-card set is a testament to the great blogging community and its generosity. Granted, this is '86 Topps, not a PSA-graded 1964 set like Tom is working on, but, still, come on, you guys are great. Thank you.

If anyone has those five cards, feel free to contact me, and I'll see what I can send you in return. Meanwhile, let's see what I received today, starting with Joe: 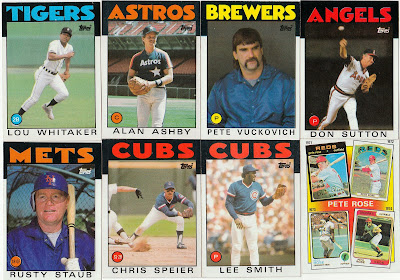 Some guys with some long careers in this bunch: Ashby, Sutton, Rusty, Chris Speier and, of course, Pete Rose and his early 1970s restrospective. We also have a couple of potential Hall of Famers in Whitaker and Lee Smith, and 1982 hero Vukovich. 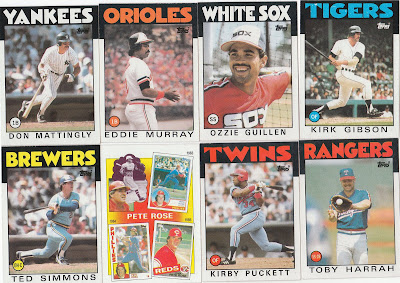 Here we have Mattingly, who I think is loved more now than when he was a player, silent Eddie, won't-shut-up-Ozzie, and the hero of 1988. Then there's long-haired Ted, Re-Pete, Kirby and Mr. Palandrome himself. 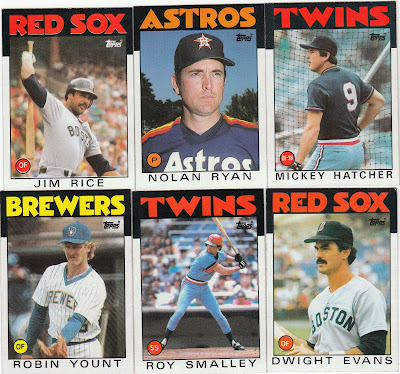 Finally, there's a guy who needs to be in the Hall now, the Express, Mr. Excitable, Robin, Roy and Dewey.
Joe sent me some other key cards that I'll have to show on another post. Here's what I received from Lets Play 2: 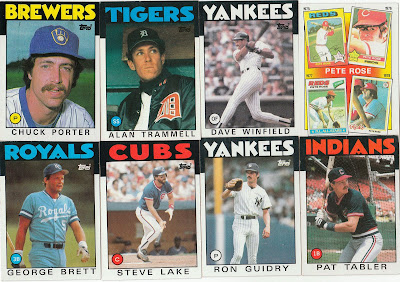 Included in this group, of course, is Trammell, Winfield, more Pete, Brett and Guidry. It's a good thing the team colors are so vibrant, because these photos aren't doing it for me. 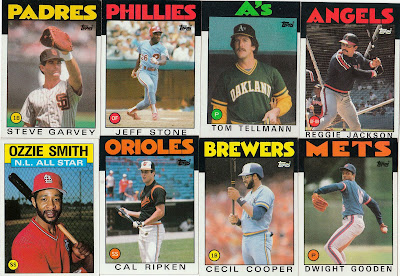 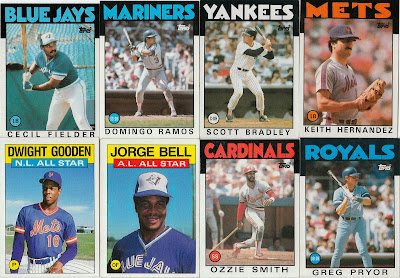 Even more! The rookie card of Cecil Fielder, the most bizarre color commentator on TV today in Hernandez (notice how I just skip over the common players), all-stars of Gooden and Bell, and the Wizard again.

Plus, Baylor, another Rose and Dawson.
(You may have noticed that some of these scans are slanted. I have a problem in that area. In college I once took an art class in which the teacher had us do a project where you would pick a setting, stand in one position and just snap photos with a camera while rotating in a circle, stopping and snapping. Then you were to develop the photos -- we didn't have computers then, kids -- and paste the series of photos on a large piece of posterboard. When I posted my photos -- very nice scenic pictures I might add -- the series of photos drifted downward. My teacher graded it, noted the downward slant and wrote something like, "you know why that happened don't you?" I didn't. And I never got the chance to ask him. And it's BUGGED ME THIS ENTIRE TIME!) 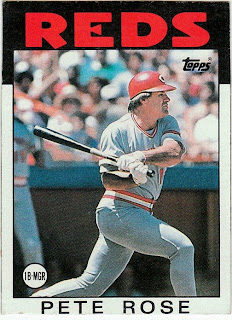 Lastly, but not leastly, Tom sent along two versions of this card. The regular version that you see at the top of this post, and this one. What's that? You say this one looks just like the one at the top? Oh, no, my friend ... 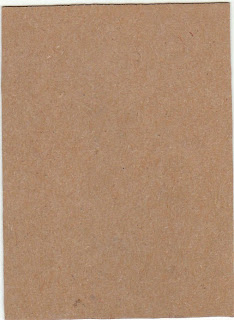 It's a blank back! These were all the rage in the late 1980s. I know that these have cropped up over and over throughout the years, but there seemed to be an epidemic of them in 1986 and 1987. Perhaps, Topps, was trying to get a message across to its collectors: "take a look at the back, guys and dolls, all you're clamoring over is CARDBOARD."
There's your dose of reality for the night. It's not bringing me down though, because I need just five cards to complete the set. Many thanks, Joe and Tom. I'll get some cards together and send them off, hopefully by Christmas!

I never had the pleasure (honor?) of receiving blank backs, however. I miss the days of the player/manager. I liked seeing Pete Rose's position listed as "1B/MGR."

Anonymous said…
see ... and I am talking about the top, not the bottom.

I'll email you. I intended to do that anyway, regarding your "trading buddies" project.