Guess I have to randomize a winner

My main reason for giving away some cards here was because I am in downsizing mode. I'm not really a pack rat, but if I didn't watch myself, I would be. In fact, I get a periodic rush from throwing things away once in awhile. It's enjoyable.

I threw out some cards to prove to myself that I could do it and the world wouldn't be sucked into a black hole. My holding onto 1990 Donruss doubles was the height of pointlessness. I didn't have a use for them. I couldn't trade them. I couldn't sell them. I had no attachment to this set or many other sets like it. So, they're gone now, and somehow I feel lighter.

To those of you who said in the comments that they could use certain junk wax sets, I'll do my best to send some cards your way. Where were you when stacks and stacks of '89 Fleer were piling to ceiling?

But, first, I have a winner upon which to bestow 200 appropriately selected doubles.

I asked people to guess which five sets I had the most of when I weeded out all my doubles. All of them were from the junk wax era.

I also asked people to put them in order, from the most cards to the least, to break any ties.

Well, that second part wasn't necessary. You were such lousy guessers that nobody picked more than one set in the appropriate spot. I don't know how that's possible, but I threw that requirement out once I saw that no one was going to succeed at it.

Out of the 33 people who left guesses, the best anyone could do was select two of the sets that were in the top five. That totally surprised me. If you assumed that all of these doubles came from my purchasing habits between 1987-93 that might've thrown you off. In fact, most of these doubles did not come from cards that I purchased then. (If they had, 1989 Topps would dominate everything).

These doubles are simply the doubles that seem to materialize magically. In repacks, at flea markets, at dollar stores, in trades, emerging from the dryer, growing in vegetable garden, multiplying in the glove compartment. You know, cards that just seem to APPEAR.

So here are the sets in reverse order of quantity: 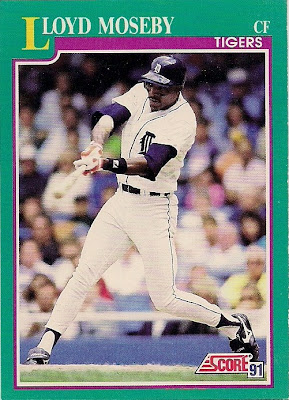 This just nosed out 1990 Donruss. I'm surprised that '91 Score made the list. I don't remember this set popping up everywhere. I did buy a lot of it in 1991. Outside of Topps that year, I liked this set the most. 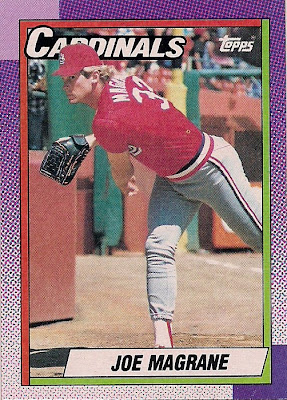 I like this set a lot more than a lot of collectors. In a moment of weakness, I may collect it some day (DON'T send me cards of '90 Topps right now though). So I welcome '90 Topps whenever I see it. Just no Orioles or Angels, please. For some reason, those teams seem to pop up more often in this set. 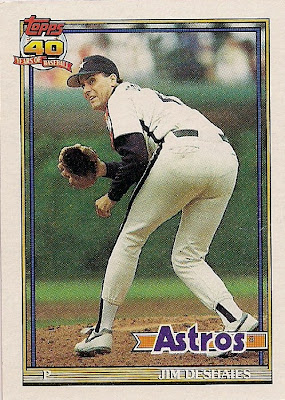 OK, the first two were a little difficult, but I thought the top three would be easy to determine. I end up with loads of '91 Topps. I completed the set a couple of years ago, so I have no use for the cards and they just pile up, lonely, ashamed, afraid to admit that nobody wants them. But then I look at my completed binder of '91 Topps and everyone's happy again. 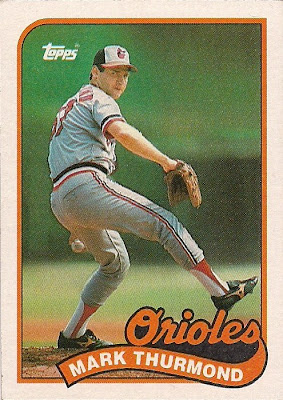 Again, I've completed this set. So every '89 card that comes my way is a duplicate. Once upon a time, I had between 10 and 20 duplicates of each card in this set. They all left me in a garage sale. But I think the lady who bought them has found a way to return them all to the market, because they keep showing up everywhere. I would be convinced that the print run on this set was absolutely astronomical and beyond any other set if not for ... 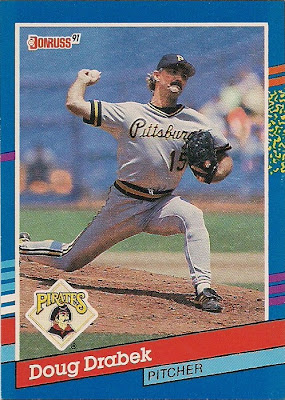 I am stunned not only that no one picked this set first but it was hardly picked at ALL. I had more '91 Donruss dupes than any other set BY FAR, and I haven't even completed the set (nor do I ever want to), which shows you how many of these cards are available.

It never fails, if I go to a garage sale, or buy a repack in the store, 1991 Donruss will be one of the first cards I see. I think I've seen them growing from trees a time or two.

I thought that this happened to everyone. That every collector just automatically owned hundreds of extra '91 Donruss simply because they are a collector. It's as if you're born a collector and some unknown force says "congratulations, here are 300 1991 Donruss cards."

So, in the order that most people picked here are the results:

Here are the people that guessed a contest-high two of the sets and therefore are going into the randomizer:

And I randomized the traditional three times to determine the winner on the third randomizing: 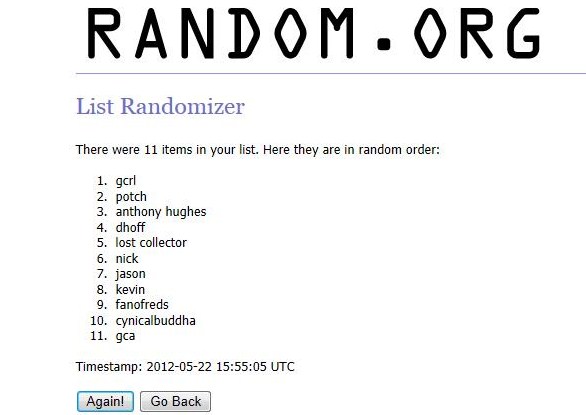 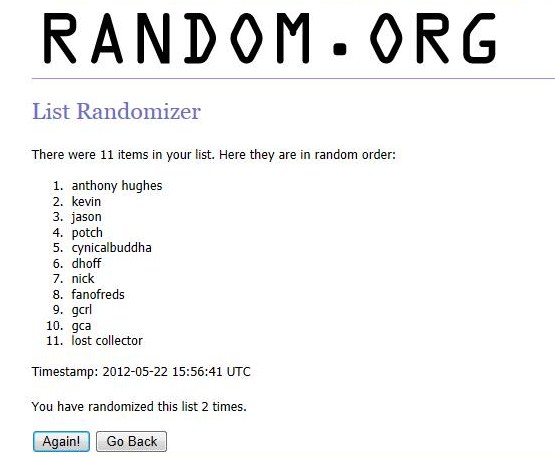 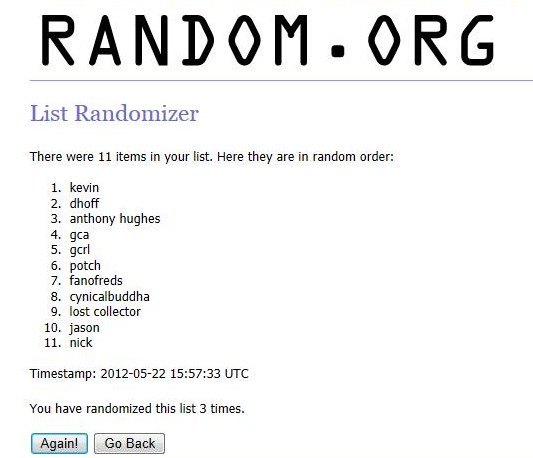 
Congratulations to Kevin of Orioles Card "O" the Day!

Thanks to everyone for helping me pare down my collection a little, tiny, tiny bit.

A certain other person in the house thanks you, too.

When my kids moved out O took my man cave back and decided to haul my collection out of storage and downsized it. I threw out enough junk 80s cards to sink the Queen Mary. It felt good.

Next up is culling out duplicate publications. Do I really need five copies of an Orioles 1977 scorecard, all from the same series?
May 22, 2012 at 8:29 PM

Anonymous said…
If I hadn't sent out your cards this morning - you would be getting some 1990 Topps.

Kevin said…
This is funny. I was just thinking this morning, "I wonder when Night Owl is going to announce the results of that contest". As far as packrat-ness, I'm obviously not as disciplined as you.
May 23, 2012 at 9:01 AM