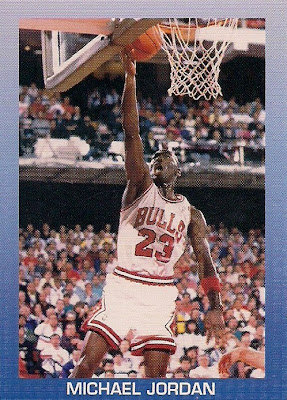 I will probably never watch an NBA game, for more than a couple minutes, for the rest of my life.

This is no surprise. I've made it through half a lifetime without doing it so far. A guy tends to get set in his ways the second half of life.

But it came to mind about a week or so ago when I heard about how excited Los Angeles was about its sports teams. The Dodgers -- the best team in baseball -- could barely get any coverage because the NBA's Lakers and Clippers were deep in the playoffs, and the NHL's Kings were making an unexpected charge to the Stanley Cup.

And I thought, "if I was living in Los Angeles, I'd be pissed about this."

I am a Dodger fan, and almost nothing else. The NHL sort of exists for me, but the NBA is a non-entity. Who cares what the Lakers, Clippers and Kings are doing? Who are they? The DODGERS are the best team in baseball!!! Everyone in L.A. should be paying attention to them!

But then I'm an odd bird.

Even when Michael Jordan was doing his thing in the NBA -- when he was drawing legions of new fans to the sport and everyone wanted to be like Mike, I was turning to page C6 of the sports section, saying, "I wonder how the Twins did against the Royals last night."

To legions of sports fans, the No. 23 means Michael Jordan. No one else. How can it mean anybody else?

But not to me.

To me, No. 23 is attached to a handful of Dodgers of note. A lot of L.A. Dodgers have worn the number, but a couple in particular made it memorable, right about the time that Jordan was doing his thing.

Let's travel through the timeline, shall we? 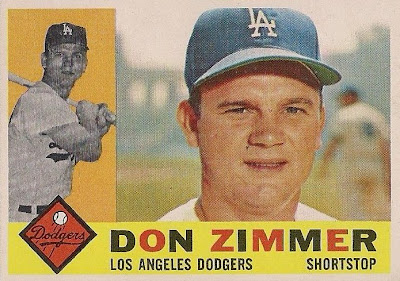 The first Los Angeles Dodger to wear 23 carried it from Brooklyn to Los Angeles. Infielder Don Zimmer was 23 in Brooklyn and in L.A. He wore it from 1954-59.

While Zimmer was playing for the Cubs and the Mets and the Reds, a few no-names wore the number for the Dodgers. Pitcher Ed Palmquist from 1960-61. Pitcher Willard Hunter in 1962. Infielder Marv Breeding in 1963. I have to say I vaguely know only who Breeding is. 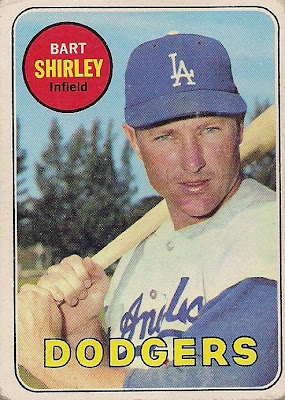 After Zimmer departed the Dodgers for the second time, No. 23 went to Bart Shirley, a young infield prospect, who has already appeared on one of these uniform number retrospectives.

Shirley bounced between the Dodgers, Mets and the minor leagues during his career. By the time Topps thought he deserved a card, in 1969, Shirley had already switched to No. 11, and was out of the major leagues. 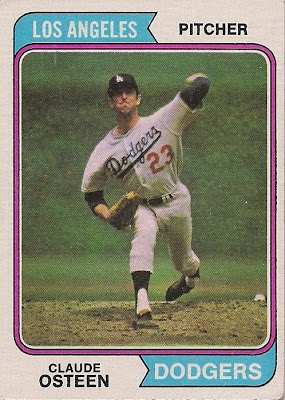 Claude Osteen had taken the number from Shirley in 1965 and made it his own for nine years. A mainstay of the Dodgers' rotation from the mid-1960s to the early 1970s, Osteen was the most successful No. 23 on the Dodgers for a long time. 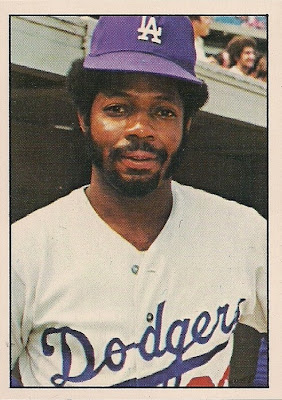 But then in December of 1973, Osteen was traded to the Astros for slugger Jimmy Wynn, who assumed the No. 23 and brought it to the outfield for the first time.

Wynn also enjoyed success with the number, winning Comeback Player of the Year honors in 1974. But he was traded two years later in the deal that brought Dusty Baker to the Dodgers.

The No. 23 then went to a series of role players: 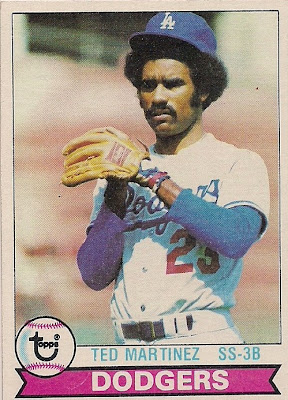 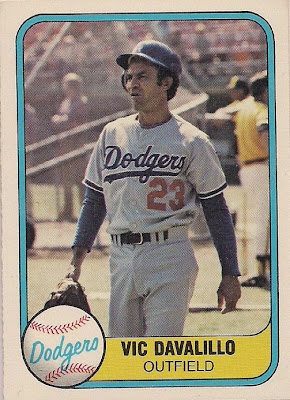 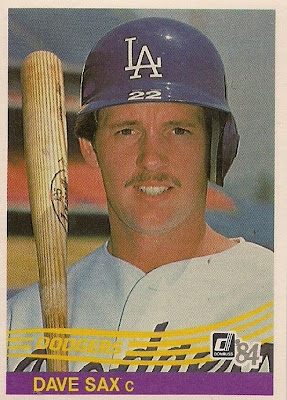 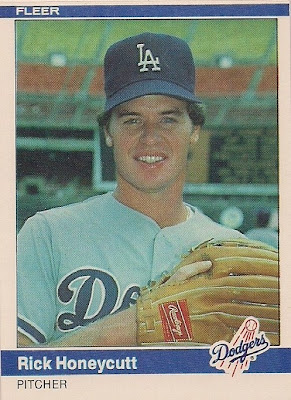 Current Dodgers pitching coach Rick Honeycutt wore No. 23 when he came over in a trade with the Rangers in 1983.

But he shortly switched to No. 40, the number he wore in Seattle and Texas, for the rest of his Dodger career. 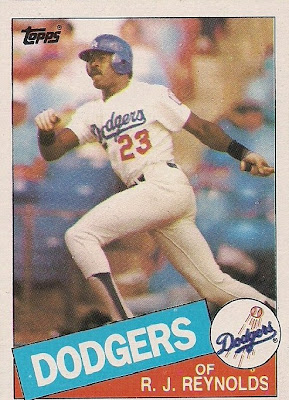 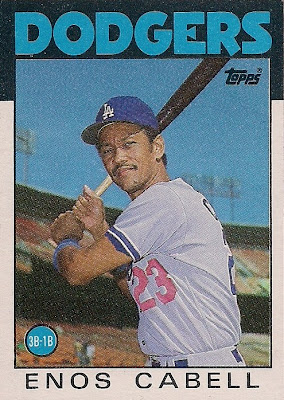 The number continued to bounce around in the '80s. New acquisition Enos Cabell -- whipping boy of Bill James -- wore it in 1985. 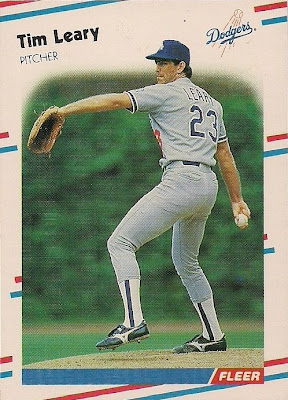 Pitcher Tim Leary also wore it for a year, in 1987, after coming over from Milwaukee. 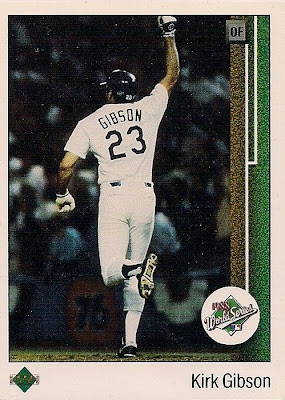 Gibson wore the number for the entirety of his all-too-brief time with the Dodgers.

When he left, he left the number in good hands. 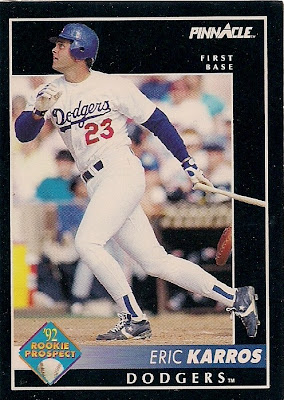 Eric Karros is the most successful No. 23 in Dodger history. He is the franchise's all-time home run leader and wore the number for 12 years, from 1991-2002.

The number has bounced all over the diamond since then. 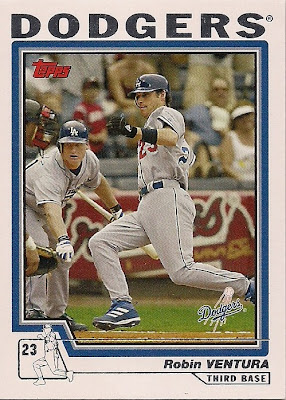 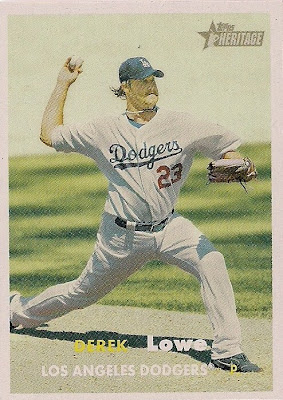 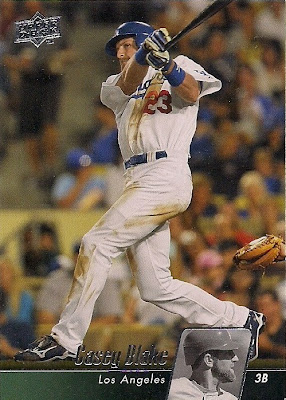 Today, outfielder Bobby Abreu is wearing No. 23. I don't anticipate him being with the team for long. So No. 23 will bounce to someone else soon.

Of course, in baseball, the No. 23 is also associated with Ryne Sandberg, Don Mattingly, and a host of others.

Nobody as famous as Michael Jordan. Nobody with his legacy.

But we all know baseball is the only sport that matters.

Commishbob said…
Eric Karros, all time LA Dodger home run leader? I had no clue. I more or less 'missed' his whole career.

LA is a basketball town. It sucks but, the city really rallies around the Lakers from the Westside to the Valley to Downtown. It does frustrate me that the Dodgers aren't the number one team in the city. They are getting buzz though now that the Laker season ended. The Kings steal some of it but, the Dodgers are always talked about.
May 30, 2012 at 10:47 PM

GCA said…
Between the fights in the stands a few years ago and the Olympic team that didn't even try, I have no use for basketball either.