From "nebulous" to "certain" 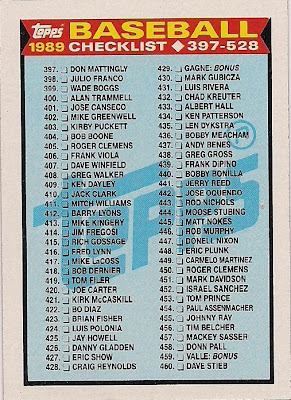 As in "certain" that this card is now in my collection.

The Nebulous 9 is now down to a mere six cards. That's both due to my laziness in adding more wants and a sudden blitz on the list by fellow collectors.

I've received four cards from the Nebulous 9 in the last couple weeks, including this mere 1989 Topps checklist, which came from cynical buddha. Now I can add it to the '89 binder with the rest of the unchecked checklists and everything will match.

We must feed the OCD monster.

Here are two other cards that came with the checklist: 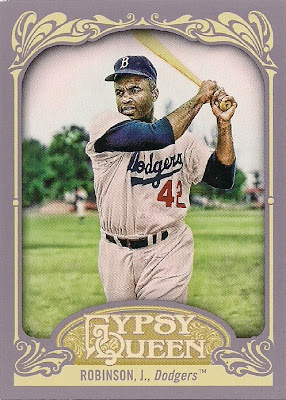 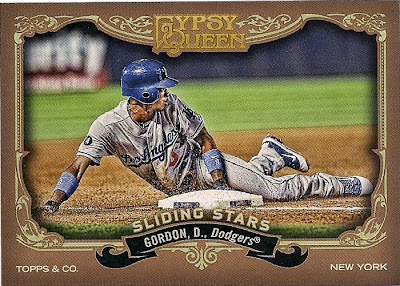 Two ugly Gypsy Queens (although the inserts are just a tiny bit pretty). I need one more base card Dodger and then you can expect never to see these cards on the ever blog again -- unless I'm doing an end-of-the-year post about which set most resembles the outside of a 12th century asylum for the criminally insane. 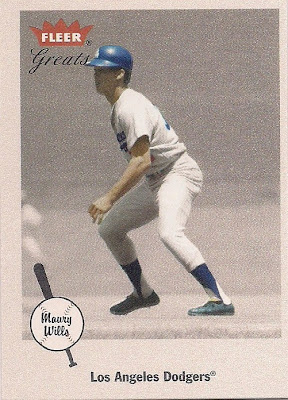 I think it's interesting that I already had the autographed version of this card and then a TTM expert sent me the regular version.

OK, you don't have to think it's interesting, too. 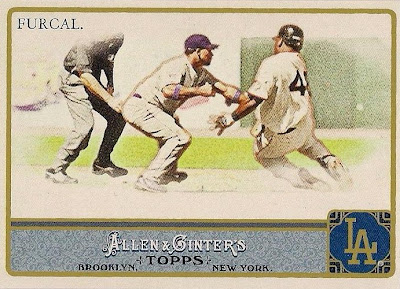 This was easily the most appreciated Nebulous 9 get of the recent four. This came from 2 by 3 Heroes. I recently worked out a trade with Jeff, and this was the kick-starter.

I am absolutely certain that A&G 2011 was the least-collected A&G set of the last four years. In the past when I've begged and pleaded for current-year A&G cards, they've arrived in my mailbox almost instantly.

Getting this particular card -- which isn't even a short-print -- took months. And I'm still searching for the Manny Ramirez short-print. I will be ordering it in my next online binge, because I can't take buying a single pack of 2012 A&G without knowing that 2011 is feeling whole in a binder.

Jeff also sent a bunch of Dodger wants, including this card: 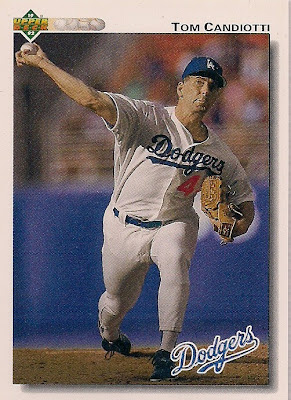 It's the last Dodger I needed to complete the 1992 Upper Deck team set. I put this card up on the Nebulous 9 after I received the '89 Topps checklist. And then Candiotti arrived the NEXT DAY from Jeff. It was freaky.

Here are some other cards from him that didn't freak me out: 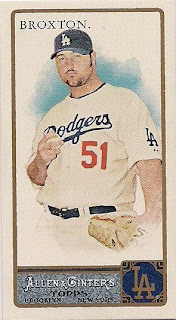 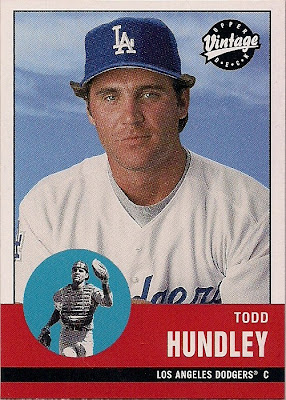 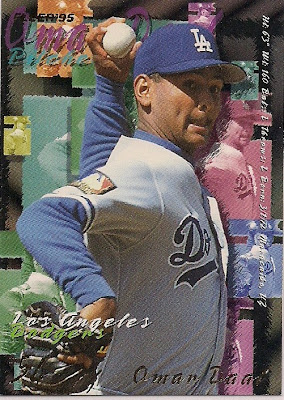 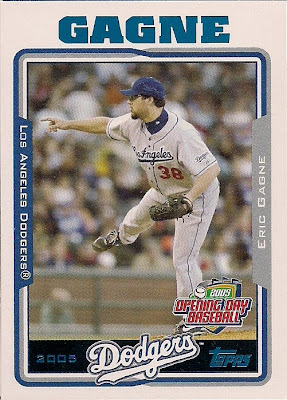 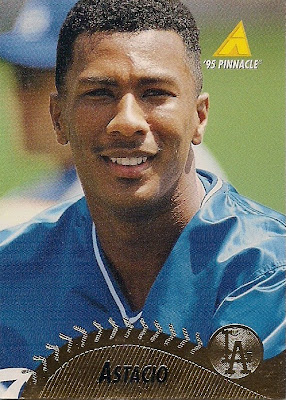 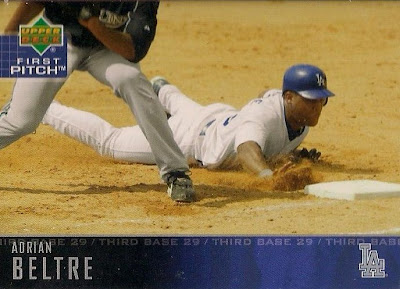 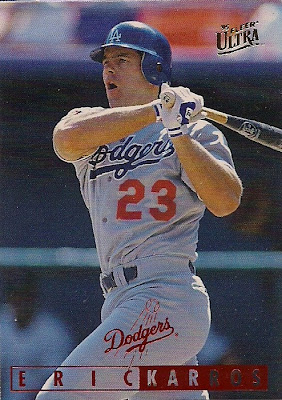 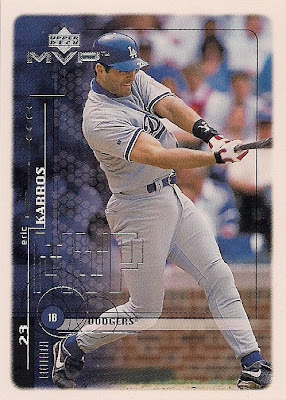 OK, these next two freaked me out a little: 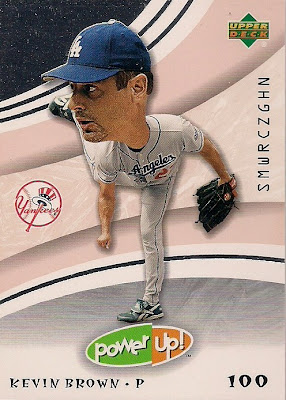 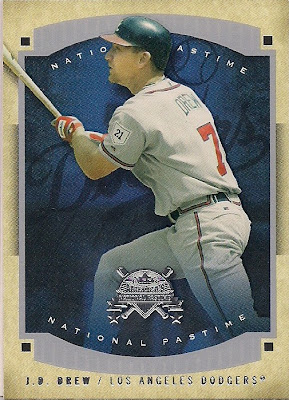 I'm not looking forward to putting a Yankee logo and a Braves uniform in with the rest of my Dodgers.

But thanks all for every card that I received. I promise I'll be adding to the Nebulous 9 list soon.

In the meantime, see if you have that 1996 Classic Hideo Nomo phone card under a couch cushion. That thing has been on the Nebulous 9 since Day 1.

JediJeff said…
When you say "Dodges", you gotta be specific!!!!

Mark Aubrey said…
SMWRCZGHN pitched for two years in the minors under the name of K. Brown. Next thing you know the card companies will be putting the player's Social Security Numbers on the cards.
May 28, 2012 at 11:59 AM