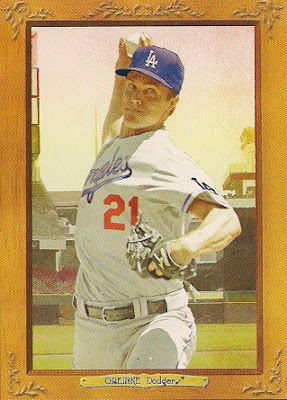 So in the spring and summer of 1975, we made a few exchanges. Some trades were silly. I didn't like the look on some player's face, or my brother didn't, and we swapped so we wouldn't be tormented by Gene Locklear or Don Hahn ever again.

The few "serious" trades that were made involved our favorite teams. 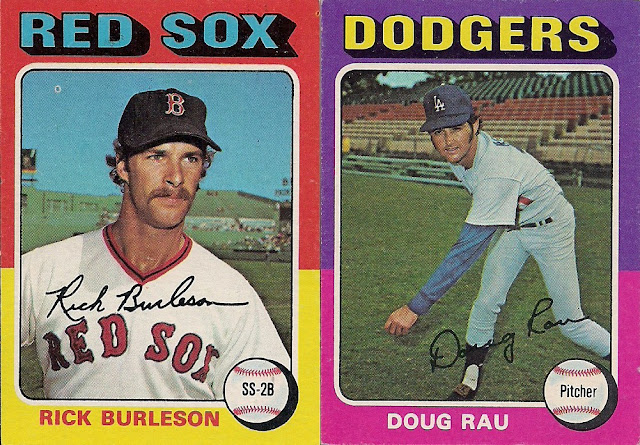 These trades became automatic, so much so that they weren't even trades. If he pulled a Dodger that I didn't have, he handed it over to me, and I did the same with any Red Sox. 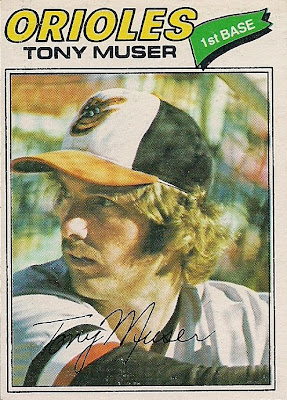 A couple of years later, my youngest brother became old enough to have an interest in baseball and cards, and Orioles were added to the trade agreement.

Meanwhile, a few friends collected cards, and during those first few years the circle grew a little larger to include the schoolyard and the cafeteria.

Most of those deals involved Mets and Yankees. I would give them up for something ... you know, useful. 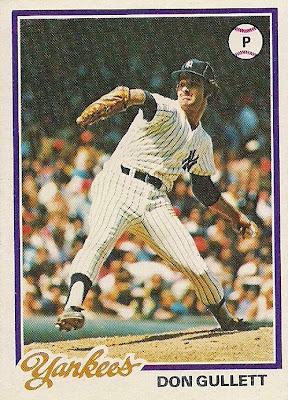 The trade demand for Yankees became so fierce that by the end of the summer of 1978, a year in which I bought more cards than any year prior, my collection was almost devoid of pinstripers. I'd sort my cards on the floor of my bedroom, 27 separate stacks, for the 26 teams and the "others" (league leaders, checklists, etc.). Twenty-five of the 26 teams featured a healthy pile, 14, 15, 16 cards apiece.

My Yankees stack featured three cards. That's not even a stack. This Don Gullett card was one of them. I think it was double-printed.

As I grew older, card collecting grew out of fashion. In high school, collecting was nerd-like behavior. But I found a couple of nerds with sizable card collections, and traded with them. I went to a private high school and both of my traders lived far out of the district. So my circle had to grow even larger. It was now a whole 30 miles wide.

Trading disappeared after high school. For decades there was no bartering, no exchanging. Then, about eight years ago, I found someone at work who collected cards. We traded a few times. It felt odd, like it was something only kids did.

But when I started a blog, trading became a way of life and was far more frequent than any other time, even the spring of '78. The circle grew to national and then international proportions, including the entire U.S. mainland, Alaska, and into other countries.

To date, I have traded with folks in England, Australia and The Netherlands.

But, in a way, I need to trade with people that far away.

The collecting world isn't like it was in 1975 when there was just one set to collect every year (with a few oddballs to order off the side of a cereal box).

There are sets upon sets upon sets, some of which never show up where I live. Because I collect the way I did when I was 9 years old -- MUST OBTAIN ALL DODGERS -- the circle is immense, because collecting that way does not jive with the way the hobby exists today.

The scouring for cards is now on a global level. 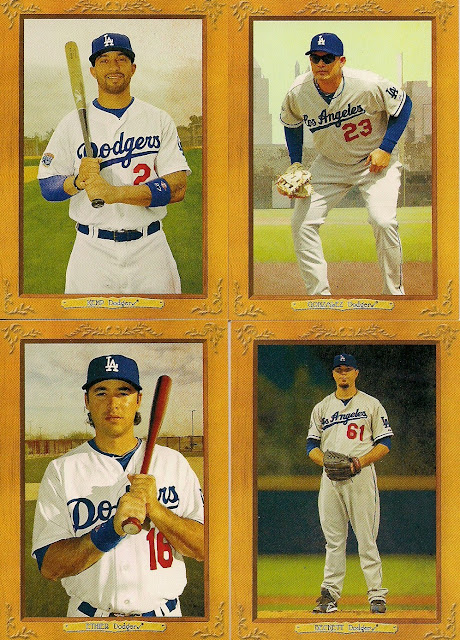 These 2013 Turkey Red cards arrived from Jeroen, who lives in The Netherlands and writes The Dutch Card Guy blog.

I went all the way to Holland to find cards that were issued only online.

This is what it takes, apparently, to team-collect in today's hobby.

It's all pretty cool, of course. Mind-altering and all of that. I'm happy to know collectors across the pond. The circle has wrapped itself around the entire world.

But there's still a part of me that makes me wish I could find all the cards I needed in my own little neighborhood, like I once did. It seemed a little easier back then.

I wonder if there are collectors on Venus?

Metallattorney said…
That's very similar to my story. My brothers collected cards for a few years but quit quite awhile ago. It was not until recently on the forums and in blogs that I have been able to trade again which has always been my preferred method of getting cards.
May 6, 2013 at 11:03 PM

The Dutch Card Guy said…
Good to see they arrived safely ! Thanks for the trade, its great to see these circles expanding...i even recently send my first package to Japan !
May 7, 2013 at 8:54 AM