So that's who's hiding all the Pacific cards 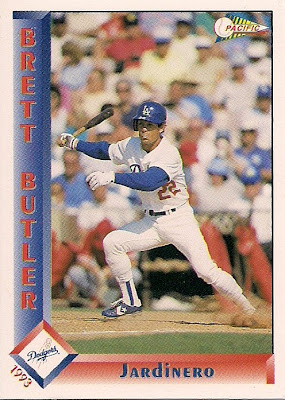 Out of all the manufacturers of the trillions of sets issued during the 1990s, the one I find the most elusive is Pacific.

I don't particularly care. I've never been fond of Pacific's cards. But as a team collector, I have this unhealthy interest in accumulating everything, and you don't know how distracting it is (or maybe you do, since you're reading this) to see all of those cards that I don't yet own under the name "Pacific."

I am convinced that if I ever become lucky enough to complete everything on my want lists, that the last card I will need will be from a Pacific set.

Fortunately, I feel a little bit better about Pacific's avoidance of me after receiving a package from Metallattorney, who is a Red Sox Fan in Nebraska. I'm assuming that's a bit unique. I don't know the typical baseball rooting interest of a fan in Nebraska. Royals? Twins? Rockies? Red Sox seems like a smart choice to me.

Whatever the case, I wouldn't be surprised if there's a giant pile of Pacific cards somewhere in that state. Because I got a bunch of them. 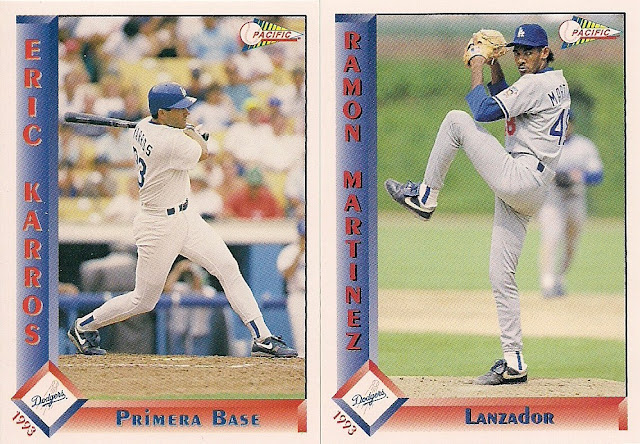 These cards are from Pacific's "debut." It's technically not its debut set, but it's the debut as far as issuing a card set of current-day players, I believe (remember, I'm not an authority on anything 1990s).

This is one of those want lists that never seems to decrease. So I am very, very happy with these.

I also enjoy them because there is no gold on the cards -- which would become a plague in later Pacific sets. 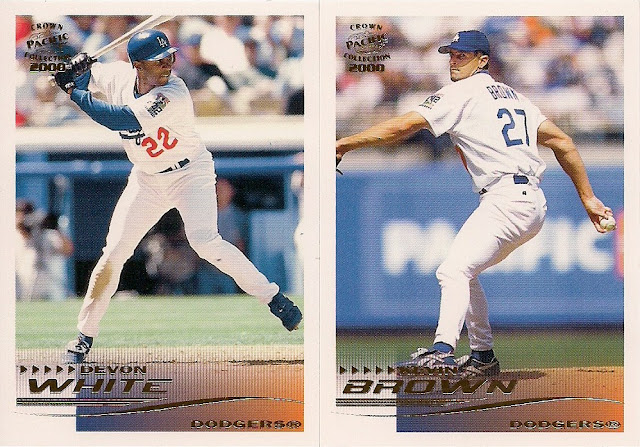 See? Gold. And this is very understated by Pacific's standards.

Perhaps too understated, as I have confused it a time or two with this set: 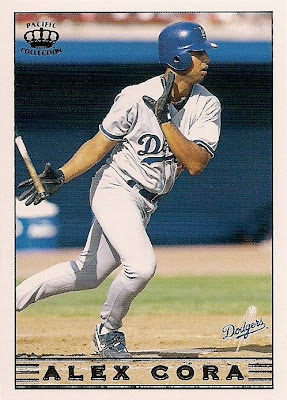 This is from 1999. The previous two are from 2000. But you've got your gold foil, so what you complaining about? 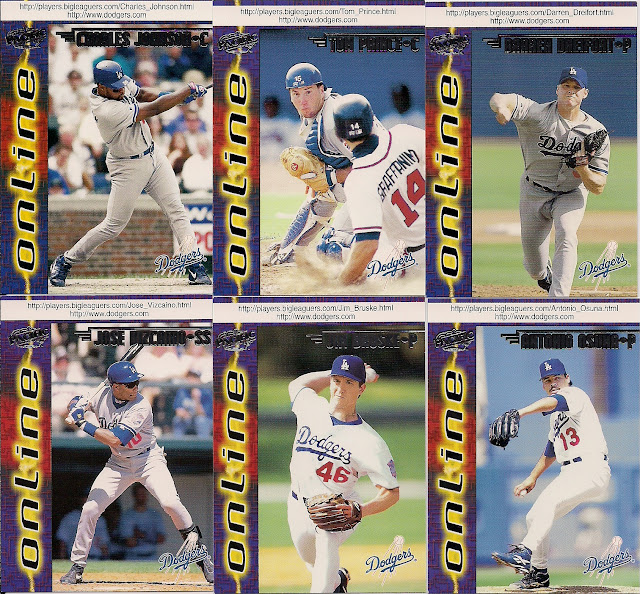 Ah, now here we have the set that never ends.

I'm pretty certain that every time I check off a number on the '98 Pacific Online want list that another number grows at the back end of the list. You cannot kill this thing.

A month or so ago, someone was holding a group break that included Pacific Online. I jumped at the chance to fill the bazillion Dodgers in the set. And then I was informed that someone had beaten me to them.

I cried on the floor for two weeks.

OK, it was one week. But it was really, really sad.

With these six cards I am down to needing 343 more Dodgers to finish the set. 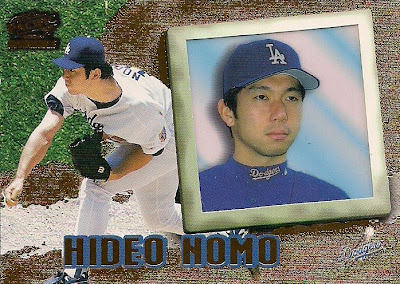 Here is a card that stands out from all the other Pacific. The 1998 Pacific Invincible set looks great. I think some of the other Invincible sets -- with the window boxes -- look horrific, especially the football cards. But this is pretty tremendous. 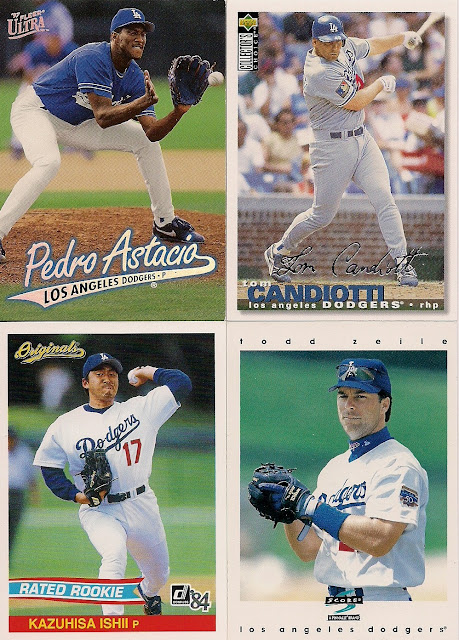 Nebraska's resident Red Sox fan sent me some other 1990s goodies besides Pacific. Yes, I know the Ishii is not from the '90s. (Or the '80s). 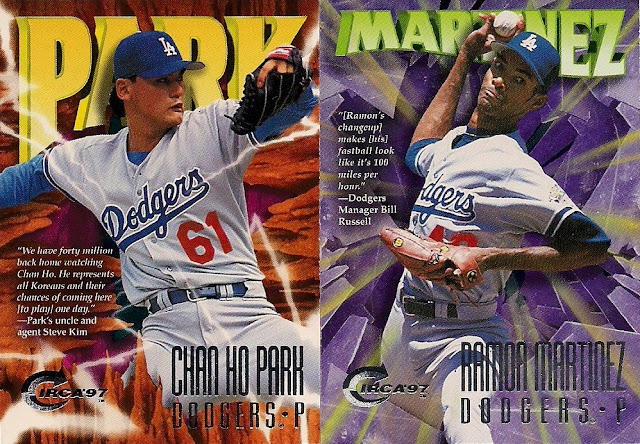 And what '90s package would be complete without Circa!

I don't care what you say, I still enjoy these. 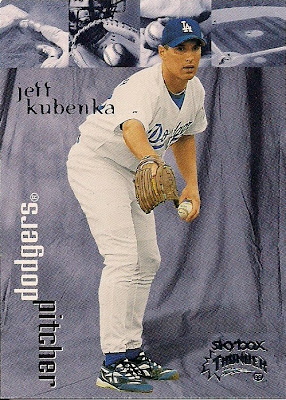 '99 Skybox Thunder on the other hand? 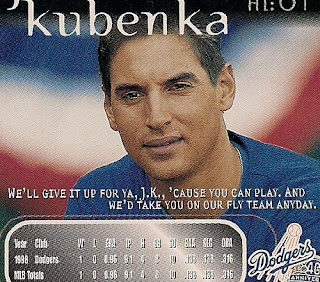 I am now off to gouge out my eyes because they don't want to live anymore after seeing that.

jamicfin said…
They're just trying to be hip to the jive, you dig?

Please don't ban me for the comment.
I remember those "hip" messages, some were just downright embarrassing.
That said, I want one signed by the person who came up with those.
May 2, 2013 at 8:14 PM

Metallattorney said…
Glad you enjoyed the cards. One summer I found a ton of Pacific boxes on clearance at a local retail store. I bought a bunch of the stuff because I needed a lot of Red Sox. I do have hundreds of singles still because so few people have wanted them.
May 2, 2013 at 8:22 PM

hiflew said…
Those 1993 Pacific cards are impossible to track down for the Rockies. There are none on COMC, eBay, or Sportslots. I have 2 out of about 25 for my team set. Somewhere there is a Pacific hoarder that may one day pass away and allow the rest of us to have some.
May 2, 2013 at 10:21 PM

Kyle D said…
In case you or anyone reading is interested, I have a couple thousand of these early 90's Pacific cards that don't have a place in my collection. I'd be happy to do some trading for any team needed. I always found their cards interesting but as you say, not very easy to find, so I'm not one to keep something I know I would complete. http://nolansdugout.blogspot.com/
May 2, 2013 at 10:46 PM

Classon Ave said…
I also find them difficult to come by.

Commishbob said…
I had quite a few Pacific football cards but don't recall ever even seeing a baseball card from them. And I thought I was up on cards from that era.