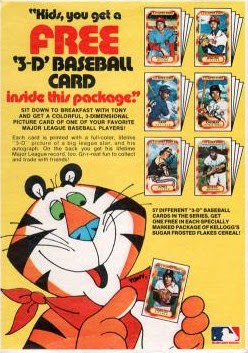 As a small-town consumer who frequents big-box establishments, there is no more welcome statement than this:

"Register X is open. No waiting."

Prepare for the inevitable stampede. As a former checkout clerk, I would say only, "Register X is open." I'd leave out the "no waiting" because I knew what it did to people. I didn't want to be responsible for trampled beings.

But this is evidence that one of the major annoyances of childhood never ever goes away. We hate waiting.

Two of the most frustrating obstacles for me as a kid were things that cost money (I had no money) and things that required waiting (I had no patience). So you can imagine what baseball cards on cereal boxes did to me.

It still makes me want to lie down thinking about it.

Yes, when the cards finally arrived in the mail, what a glorious day that was. We practically had beards and grandchildren by that time, but, yes, there were fantastic 3-D cards to enjoy at our advanced age.

During those agonizing 6-to-8 weeks of waiting and with the CARD INSIDE! long forgotten, I'd turn that cereal box around and around every morning searching for a possible card on the side of the box that I could cut out and own RIGHT NOW. Each morning. Maybe I missed it somehow the first 27 times. I would even look inside the box, thinking that maybe the card was on the inner part of the box, like some sort of secret card.

A couple of time, after all the cereal was gone, I'd cut out a picture of the card on the box -- like the one of Fergie Jenkins you see up there -- to see if that would suffice for my free, no waiting card. It didn't, and I'd throw it out.

It just seemed like you should be able to cut a card off the box if the box was advertising cards.

Later, after my sugar cereal-eating days were almost over, you could find Drake's Cakes cards to cut off boxes, and then other card sets, too.

And before my sugar cereal-eating days had even arrived, there were Post cereal cards that you cut off boxes. 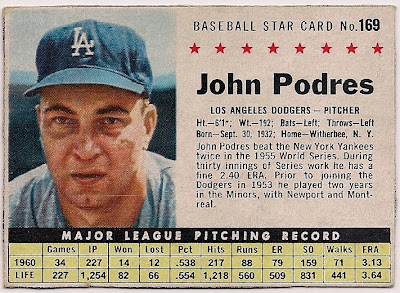 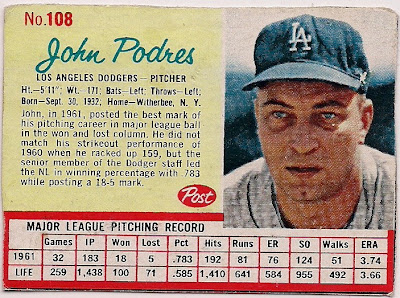 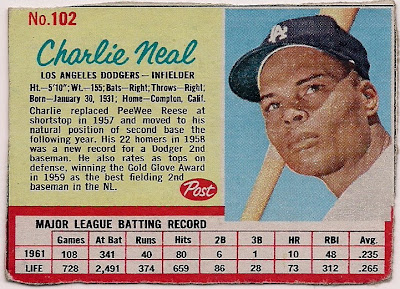 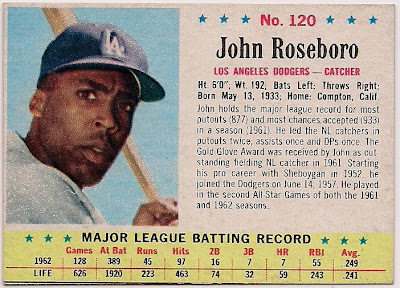 
Aren't they cool? The card register is open. No waiting.

These four cards came to me from Cardboard Catastrophes. Jeffrey said he paid only a buck for them, which is just about the best deal I have ever heard of in my entire life.

And I didn't have to wait 6-to-8 weeks for them. They just showed up.

If I think about it, I think Jeffrey alerted me a little while ago that they were coming, but there is so much going on and so much gets forgotten in my very adult world that it's all just a blur. In adulthood, everyone is in a perpetual state of waiting anyway so let's call this a nice surprise, like it was when I opened the mail that day.

Finally, cards off a box! With no waiting!

Kellogg's, was that so hard?

Anonymous said…
Many times over the years I've wished that Post or Hostess or someone else would revive the concept of a large set on boxes of food.

...but then I remember the late 1980's when various Coca-Cola products featured different NFL helmets on the cans. A friend and I completed the set, but we had to drink some pretty nasty beverages to get there.
June 1, 2013 at 7:38 AM

petethan said…
No patience either. I would always dig through to the bottom of the cereal as soon as we opened the box to fish out my card. Then eat the stuff as fast as possible so my Grandma would buy more quickly. I think I'll blame Kellogg's for making my body unathletic. (Couldn't be the soda that I drank like water as a kid.)

Wish they would still do things like put cards on boxes to cut out. I always thought that was fun. But I guess it doesn't appeal to the card-grading set...
June 1, 2013 at 2:37 PM

Fuji said…
If Kellogg's decided to continue their tradition of putting their lenticular cards into boxes and/or offering complete sets through mail order... there's no doubt in my mind that I'd be willing to wait the 6 to 8 weeks.