Settin' 'em up and knockin' 'em down 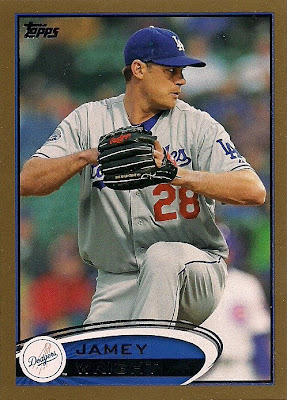 During the early days of the blog, when I was first trading through the mail, I would finish off team sets fairly quickly. When your want list includes 1990 Donruss Dodgers, people are lining up to fill your order.

I remember Dan from Saints From the Cheap Seats being particularly good at this. There was also a guy named Eric -- he had a blog for awhile -- that did the same. I'd set up my want list stacks and they'd knock them down.

That doesn't happen much anymore. It's not because those guys don't blog anymore, but because I have a lot more Dodgers than a few years ago.

So when I received a card package from Nick of Dime Boxes last week, I couldn't believe my eyes. He actually completed three team sets for me in one swoop. 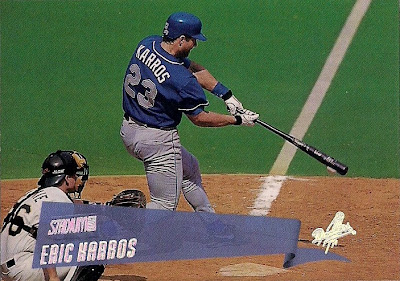 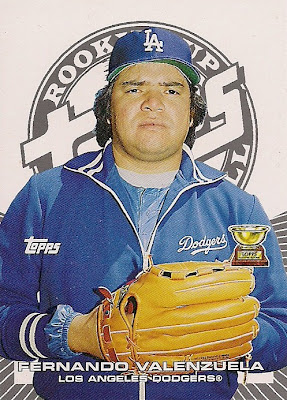 2005 Topps Rookie Cup (yes, I know there are a zillion parallels. Let's not get ahead of ourselves). 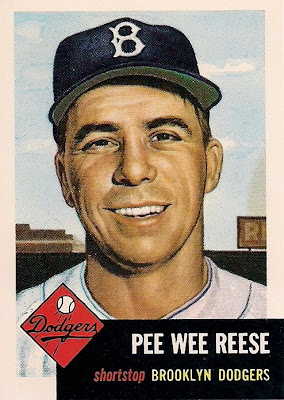 
That's a successful package all by itself. But, of course, Nick didn't stop there, because he's surrounded by dime boxes and relatives who give him cards ... and money ... and money for cards. Oh, and he has the summer off. In short, I don't think he really lives on this planet.

But that's a tangent about my lot in life. You don't want to hear that. Let's see more cards from Nick! 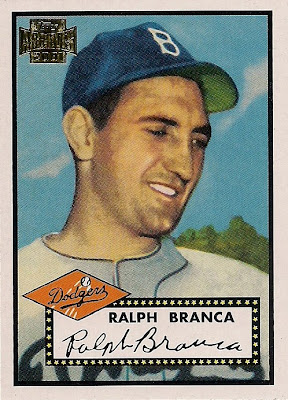 While I'm still on Archives, here's one from the 2001 set. This is how you do Archives. Not that flimsy disappointment from last year. You're mimicking your own brand, Topps! Don't you want it to look nice? 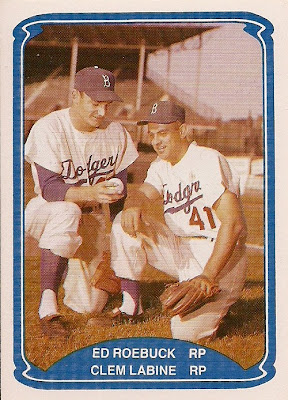 I think I'll stay with the Brooklyn era and then work my way into the future. Ed Roebuck is introducing Clem Labine to a baseball. 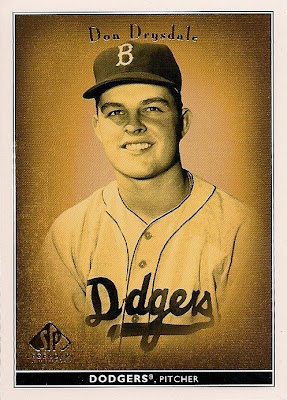 A very cool-looking set. It helps you forget that there's a Brooklyn theme to both the photo and the back (Brooklyn logo), but the write-up mentions only his time in L.A. There's that old Upper Deck disconnect. 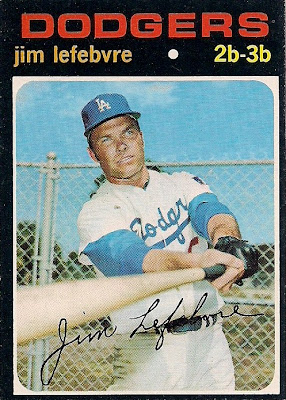 Do I have this '71 card already? Yes, I have the whole set. But I will not turn away a '71 in this fine a shape. Jim's never looked so young. 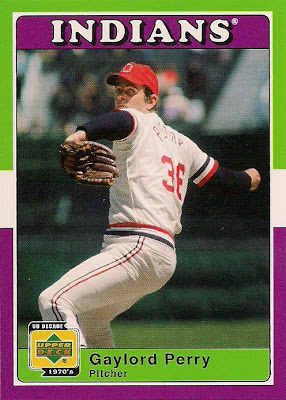 Nick sent me a handful of Upper Deck '70s Decade cards for the set completion task. I really enjoy seeing these in card packages. Here's the guy who gave up Hal McRae's first two major league hits. I found that out doing the '71 Topps blog. 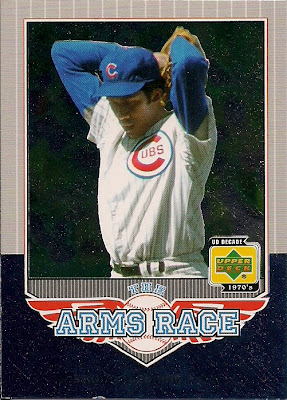 Fergie won 20 games for the Cubs six straight years. I'll let that sink in a little. Six straight seasons of 20 wins. For the Cubs. This will never happen again. 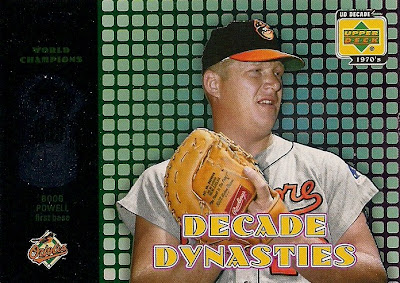 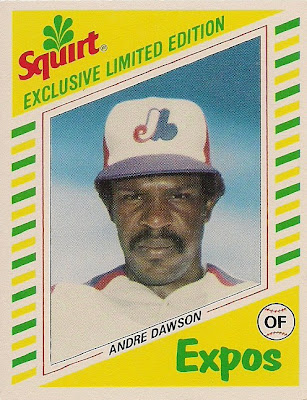 This is a terrific throw-in. It's an oddball, it's an Expo, it's from my era, the card back looks like the '82 Topps back except it's yellow. I'm entranced. 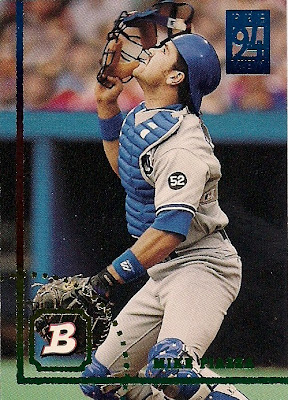 Moving into the '90s, which means we'll see cards that are very unfamiliar to me. This is some sort of preview card of 1994 Bowman. Previewing cards was quite the rage in the mid-90s, but I have no idea which year to group this card with in my binder. 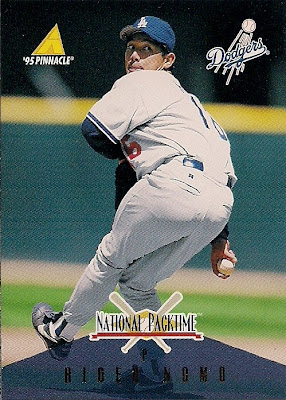 National Packtime. Another rage of the mid-1990s. I have a couple of these Packtime cards (terrible name, by the way). I still know nothing about how they were issued. 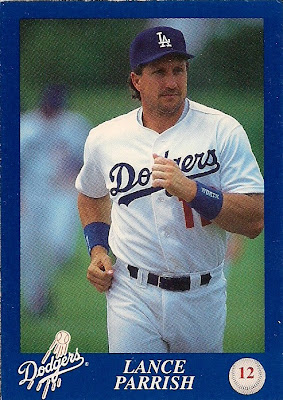 Evidence that Lance Parrish was a Dodger. Isn't that fun? Parrish was in contention for the Dodgers catching job in 1993, but lost out to a guy named Mike Piazza. Parrish was sent down and never played for L.A. But the LAPD D.A.R.E.'d to put him on a card. Get it? ... Sorry. 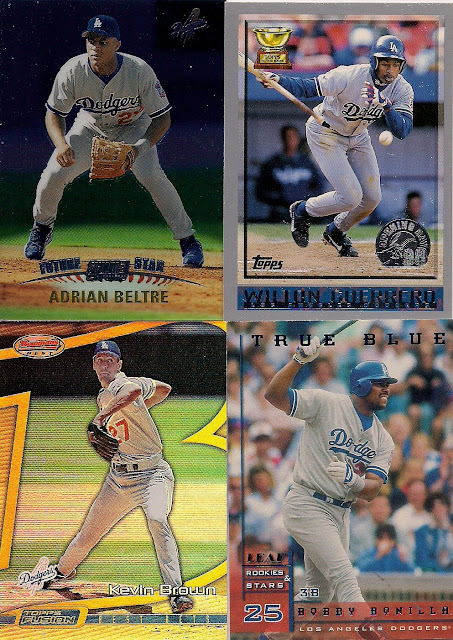 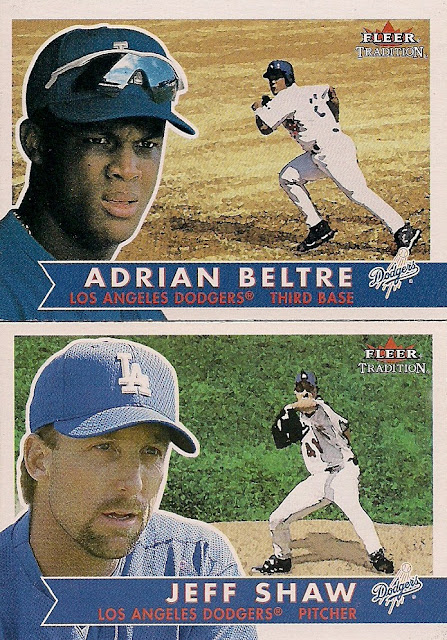 I'm supposed to like these more than I do. I haven't found a tribute/rip-off set that copies 1956 Topps that I like. Maybe I just consider it something you shouldn't duplicate. 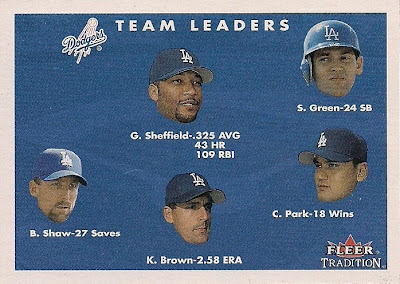 But floating heads? Duplicate away! Put them on every card! 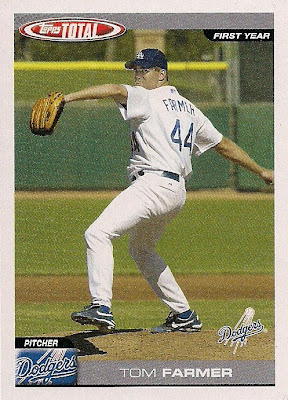 Last card. It's from 2004 Topps Total. I know how much Nick likes Topps Total. I do, too. So do a lot of bloggers. I'm part of the "Bring Back Topps Total" crowd. Unfortunately, it's never coming back.

Topps has said so specifically.

So, sorry, unless you want to take pictures of all the major leaguers and find some nifty card stock and make your own set of 990 players, you're not going to see Topps Total again.

That's me. You set up your dreams and I knock 'em down.

I remembered you needed the Reese and Valenzuelas to close out your team sets. The Karros was an absolute coincidence. I happened to pull it from a dime box recently and thought of you.

And, as far as my summer goes, I'm already starting to look for a job. But, then again, I guess I've just gotten lucky when it comes to the whole family and dime boxes thing.

hiflew said…
I am a fan of 2001 Fleer Tradition. In fact, please don't ban me, I think I like it more than 1956 Topps. I like the nameplate much better on the newer brand.

What jumped out at me is the Jeff Shaw card followed by the floating head labeled B. Shaw. Did he go by another name or did Fleer just screw up the initial?
May 22, 2013 at 11:22 PM

steelehere said…
I actually worked in a baseball card store in the mid-90's while I was in college so I'm familar with a couple of the releases you don't know about.

The '94 Bowman Preview card is actually an insert for '94 Stadium Club Series 2.

The National Packtime release was only available by redeeming a certain number of wrappers from each of the manufacturers who produced baseball cards in 1995.
May 23, 2013 at 12:11 AM