Baseball cards on the 5s 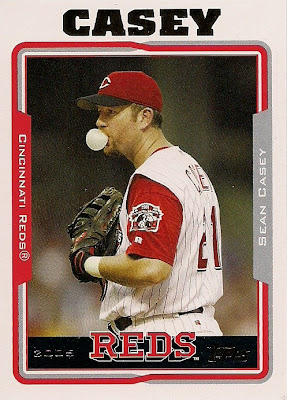 While acknowledging that the "3s" probably have the edge on the other digits, my favorite number has always been the "5s."

But two other sets that have always intrigued me are the 1995 and 2005 Topps sets. I didn't collect much of either. Each year was a bookend in my collecting dark period. I have only a smattering of both. But I always liked the look of '95 and '05 has grown on me by each passing year.

Not long ago, Bo of Baseball Cards Come To Life! came upon one of his massive-lot finds that only he seems to land. He had a bunch of extras from a number of sets to trade, and my eyes immediately gravitated toward the 1995 and 2005 Topps listings.

I shouldn't have asked for the cards. The last thing I need to do is add another set to collect, since I'm running out of binder space. But the chance to obtain cards I like also came with the bonus of getting rid of cards that I don't, which are the best kinds of trades. And this could clear out some room.

I don't have any kind of time to feature all of those cards. But I thought I could at least show five of my favorites from each set, since this post is brought to you by the number 5. 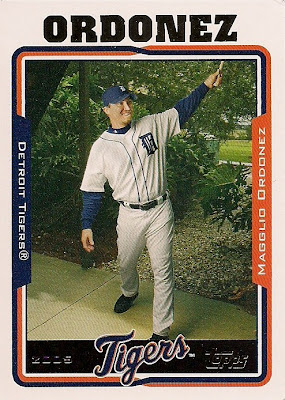 1. Magglio Ordonez. At some point, it became "a thing" to pose Tigers players in front of garden greenery at their spring training facility. It started to get old a couple years later, but I'm thinking it was at least a little bit interesting in 2005. Plus, how often do you see a batter teeing off from the sidewalk? 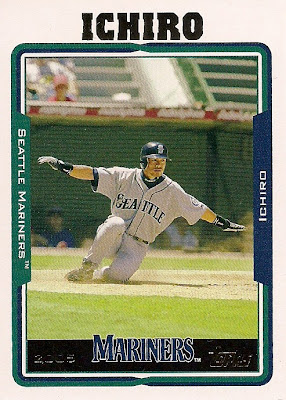 2. Ichiro Suzuki. Here is a promise: If Topps is willing to refer to Ichiro by his real full name -- Ichiro Suzuki -- on the front of his card, I will collect that set. Yes, even if it's Gypsy Queen. It means that much to me. 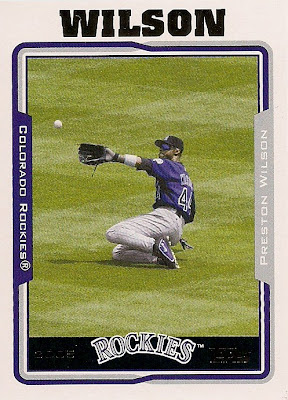 3. Preston Wilson. The most striking thing about the 2005 set, other than the last name emblazoned across the top and the sideways writing, is how small some of the images are on the cards. This is one of the smallest. I'm not sure why Topps did this, but I find myself liking it more and more. 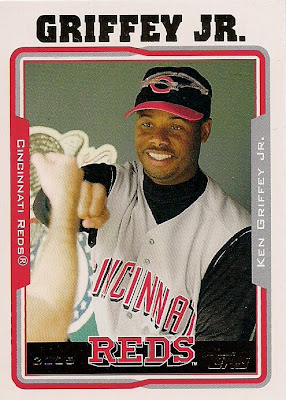 4. Ken Griffey Jr. I should have a contest to determine whose hand that is. 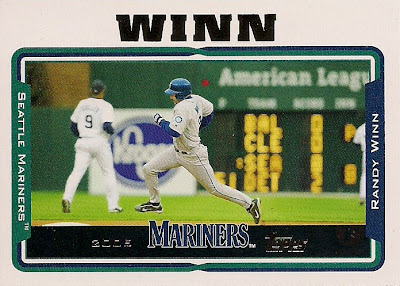 5. Randy Winn. I love this card. It's rather odd that the Mariners are featured on the out-of-town scoreboard of the stadium in which they are playing. But it makes for a pretty cool photo. 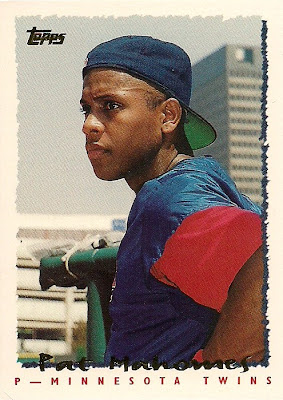 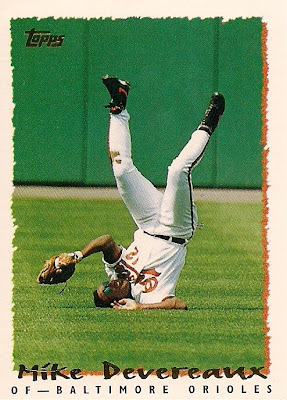 2. Mike Devereaux. Some of the photos in '95 Topps are absolutely terrific. You can't get a more enjoyable photo than this. 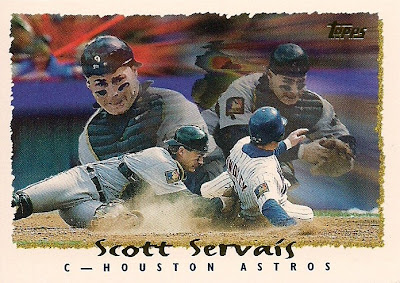 3. Scott Servais. Several photos in the '95 set are multi-exposure images as that was all the rage back then, thanks to Upper Deck. I like Topps' treatment of them as it's a little more sophisticated than what Upper Deck did. This one, though, is about as artsy as you can get on a baseball card. It looks like it belongs hanging in the area art show that I attended earlier today. 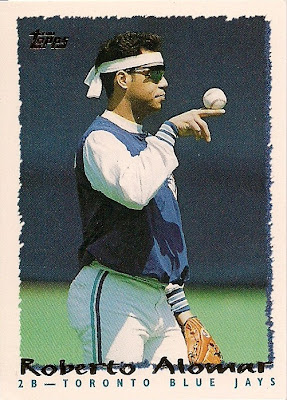 4. Roberto Alomar. An often-shown card for obvious reasons, Roberto is at one with the baseball. 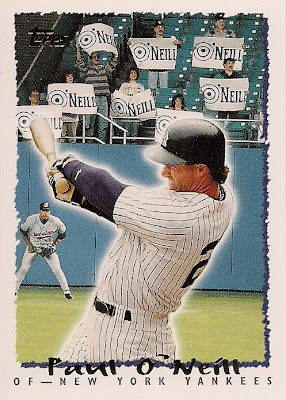 5. Paul O'Neill. I didn't like O'Neill as a player. He might have been the biggest whiner in major league history. I also don't know how you could be a fan of his enough to hold up a banner every time he was up. But you can't deny that it happened, and I love cards that recognize moments in baseball time.

There is a lot more to like from both sets, but that's all I've got time for today.

Maybe one day you'll see want lists up for each set, but it's probably not going to happen for a long time. I've got to find someone to take some early '90s Donruss off my hands first.

hiflew said…
I would like that O'Neill a lot more without the glowing aura. It really takes away a lot from the photo in my opinion. The Servais is just a jumbled mess to me. However, that Devereaux card is possibly my favorite Topps card from the 90s (excluding 1991).

I never liked the 2005 set simply because of too much information on the front. Do we really need two examples of both the team name and the player name on the front? It's just too much.
May 13, 2013 at 9:44 PM

zman40 said…
I had never seen that O'Neil card before. I wonder what is going on at Yankee Stadium that day so that most of the O'Neil fans are looking to their left.

The Junior Junkie said…
That 2005 Topps Griffey is elusive. I keep finding Opening Day issues but none from the main set, not even on COMC. I thought I would have pulled one from an auction lot or a trade package or found it at the card show, but no. I'm not asking for yours, but whenever I see one now I think "It DOES exist...."

petethan said…
If you're waiting for someone who needs/wants early 90s Donruss I don't think "long time" to wait covers it. I don't see one of those little infinity symbols on my keyboard but if there was one I'd be using it. Good luck though!

Have you already done a post starring players wearing headbands? Can't be all that many, though Tito Fuentes comes to mind from the 1970s.
May 16, 2013 at 2:25 AM