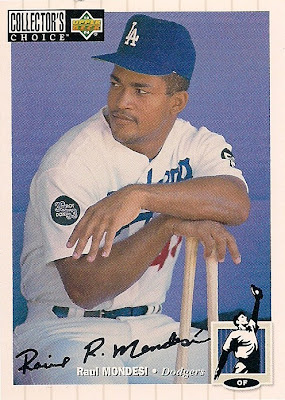 I haven't seen Max around much lately. I know he's got a busy life and all, and that's cool. I certainly understand busy.

It's just that I really like receiving card packages from him.

A little while ago he dropped off a package of goodies, in what I interpreted as an "I'm still here" gesture. It was filled with stuff that I like.

Let me show you: 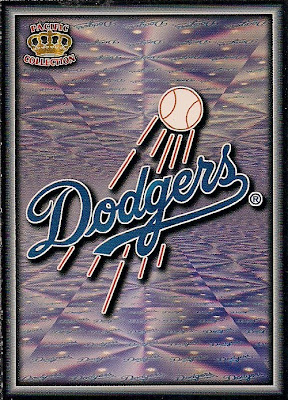 Dodgers. No question. I like the Dodgers. They've won two in a row, you know. I like that. 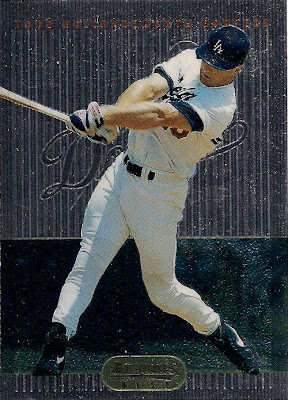 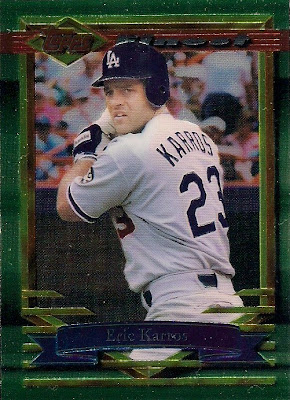 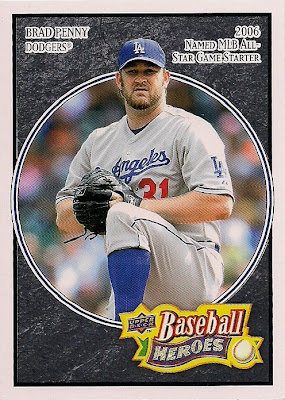 Parallels. I admit, I like parallels. I'll chase them around like a dog chasing bologna on a string. I like them that much. (Not that I've ever done that to my dog). 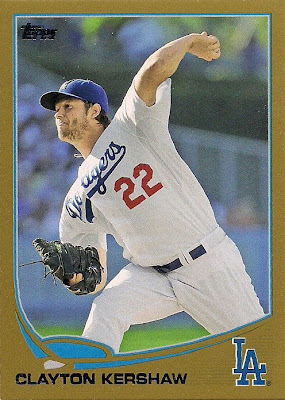 Parallels of my favorite player. Oh, boy, do I like those. I have never committed to finding every parallel of a Kershaw card. Maybe I should do that someday. I like that idea. 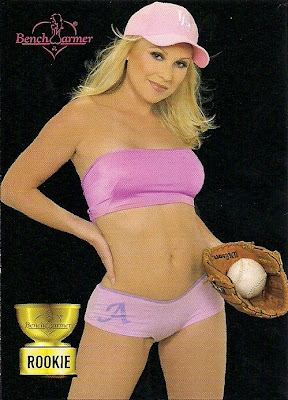 Women who forget their clothes but remember their ball and glove. I like that. It helps if they're a Dodger fan, too. But it's not necessary. 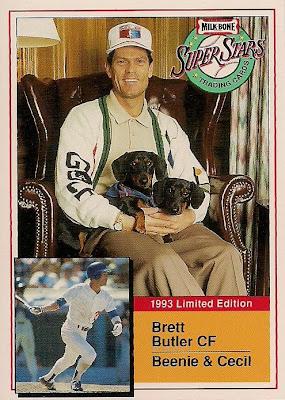 Finally, there is this card. There is so much to like about this card, that I have to list it.

What I like about this Milkbone SuperStars card of Brett Butler:

1. The two mini dachshunds
2. The fact that they're named "Beenie and Cecil"
3. The fact that they were named after cartoon characters.
4. The fact that I have no idea what cartoon characters are named "Beenie" and "Cecil."
5. The card back says they love to sleep on their backs. With an exclamation point.
6. The airbrushed greatness of the inset photo.
(Don't worry, I'm getting to the sweater)
7. It is listed as a "limited edition" card
8. There is a milkbone logo on the front
9. There is a lamp on the card
10. There is a leather recliner on the card
11. There is an MLB cap on Butler's head that I would not wear for less than 100 dollars.
(No, I haven't forgotten the sweater)
12. The wood paneling
13. There is a curtain on the card
14. Underneath that crazy sweater, Butler is wearing the blandest shirt and slacks combination ever
15. OK, the sweater. My goodness, does it really say "golf" on one arm and feature some sort of felt board illustration of a golf hole on the other arm?
16. All of this fits on one, solitary card.

Damn, he really does.

carlsonjok said…
Okay, that Butler-dressed-as-your-grampa card is way worse than the one of Piazza dressed as a 1920's gangster. Congratulations on owning the oddest oddball card of all time.
May 13, 2013 at 7:16 AM

Anonymous said…
Man, Brett Butler's been listening to the song "Thrift Shop" too much.

jacobmrley said…
There is an entire set of those milk bone cards, which I plan to document if I ever get around to actually, you know, blogging again. I wish I could tell you the Butler card is the strangest, but it's not, not by a long shot...
May 18, 2013 at 11:31 AM