See ya in the funny papers 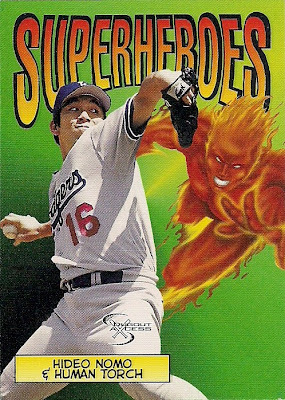 You may have heard that today is Free Comic Book Day. I'm pretty sure that there's a place around here where I could get my free comic book, but I'm not interested.

My interest in comic books died somewhere in mid-adolescence. If I had to pinpoint a peak year for comic book reading, it probably would be 1980, only because that is the year I remember spending a summer weekend at my grandparents and feverishly scanning every comic book that sat in my uncle's piano lesson waiting room.

But anyway, I think this is fertile ground for baseball cards.

Outside of the present-day Panini Triple Play cards, I can't think of too many times when cards have dabbled in the comic book style.

The Skybox Dugout Access inserts of the late '90s -- including the terrific one of Hideo Nomo -- is another example. 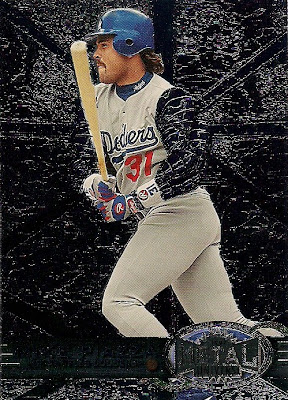 The bizarre late '90s Metal cards are another, but I am so finished with the "Player As Superhero" idea. I don't even like thinking that way.

No, I'd much rather see the ballplayer as a Regular Joe. I know they make millions, but that's what I want to see, because underneath the piles of money that's who they are. 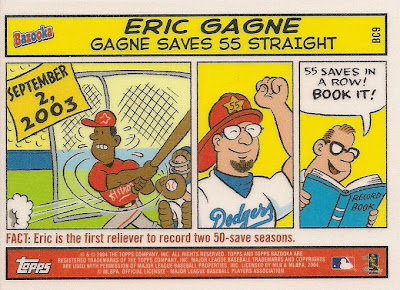 The Bazooka comic insert strips from 9 or 10 years ago is somewhat closer to what I mean.

But perhaps the best examples of comics on cards are in the 1956 set, cited about a zillion times on this blog. 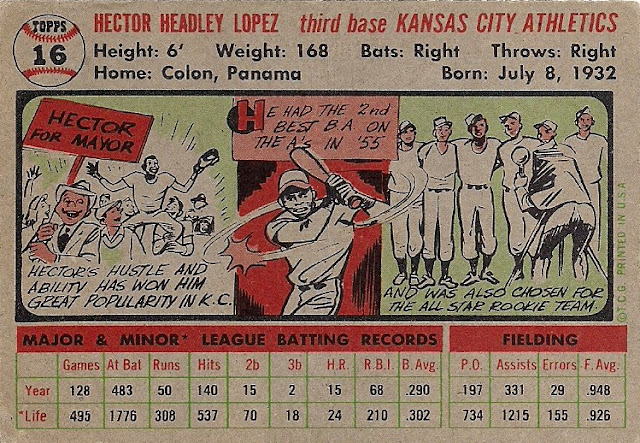 This is what I like. It's exaggerated, but it doesn't portray Hector Lopez as an intergalactic robot. I need some realism to my stories.

And that's the important part, the story. I want a comic that not only shows a drawing, but tells a story.

There is only one problem with the '56 comics.

They're on the back of the card.

Wouldn't it be great if a card set was devised where the strips were on the front?

One comic strip card for each player.

Or if we're getting fancy, a story could be continued from card to card, maybe one story per team (of course, we all know that the Cubs story would end poorly). That is something I would love to buy.

If you remember back to the late '70s when the Star Wars cards came out, the big appeal to me was that the cards followed chronologically by number. The movie progressed on the cards as the set progressed from low numbers to high. It was a set with a story. Think of your popular TV serials today. I know a few have cards. But not enough. I'd pay a pretty penny right now if someone announced a Mad Men card set.

But back to the drawings. What do you think? A story comic per card, possibly continued from card-to-card, or maybe just one three-or four-panel comic strip per player per card.

Maybe artists charge too much for a set like this for it to be more than a dream, but I think it's something at least worth considering. 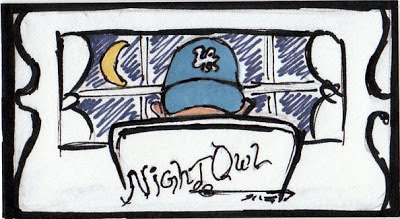 Until then, see ya in the funny papers.

Swing And A Pop-up said…
Comic Ball (from the early 90's) did the card-by-card storyline, albeit with cartoon characters and a few superimposed major leaguers.
May 4, 2013 at 7:54 PM