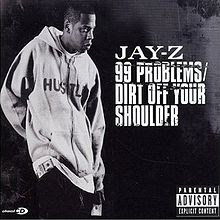 The arrival of Hyun-Jin Ryu as a member of the Dodgers signaled another threshold moment in L.A. uniform numerology.

His choice of No. 99 marked the second time that a Dodger has worn that number while on a major league roster. No longer an uproarious one-and-done 2008 Mannywood dream, Ryu has taken 99 from Manny Ramirez and fashioned it with his own Far East style. 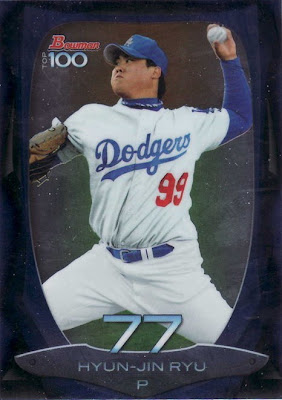 So far, Ryu, tonight's starter, and Ramirez are the only Dodgers to wear the final number before venturing into triple digits (They have 99 problems but their number ain't one).

But that started me thinking about the progression of the uniform number through Dodger history. 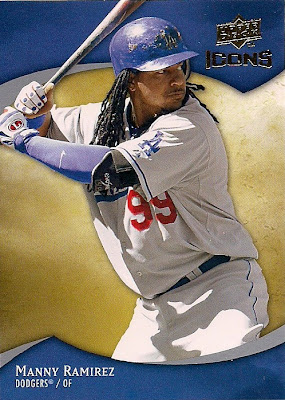 Wearing a number in the 90s is a phenomenon of the last 15 years for L.A. Aside from Ryu and Ramirez, reliever Joe Beimel wore No. 97, and Pirates/Jays cast-off Jacob Brumfield wore No. 94 in 1999.

The 80s numerals are a virtual wasteland with only Rick Wilkins, who played catcher for the Dodgers for all of three games, wearing No. 89 in 1999.

But seeing players with a number in the 70s is increasingly common. Two current bullpen residents, Kenley Jansen (No. 74) and Paco Rodriguez (No. 75) have hit the 70s. And even more players are wearing the previously unheard of jersey number in the 60s.

Remember when Chan Ho Park selected No. 61 as his number and how freaky it seemed? 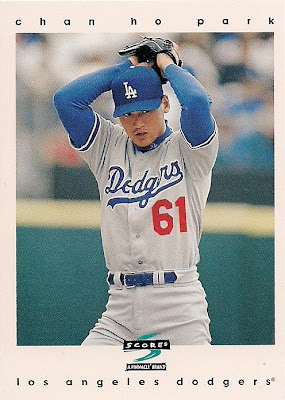 But let's go back to the beginning.

During the 1930s and 40s, the vast majority of Dodgers uniform numbers went no higher than No. 39. There was one notable exception, which would fit in very nicely with today's uniform mind-set. 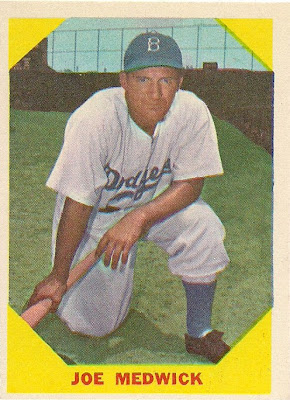 Uniform numbers in the 40s grew increasingly common through the decades that followed, but a uniform number in the 50s was very rare. 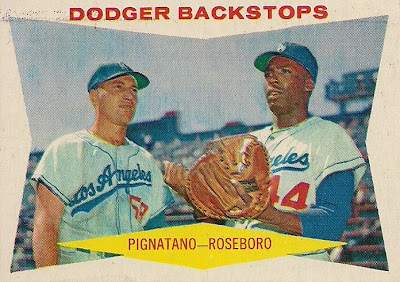 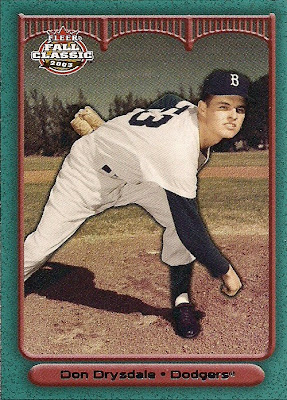 But the first standout player to wear a number in the 50s for the Dodgers was Don Drysdale. He made No. 53 so famous that it was retired, the highest retired number in franchise history.

Even after Drysdale's retirement after the 1969 season, seeing a uniform number in the 50s was an exception, and a cause for pause. 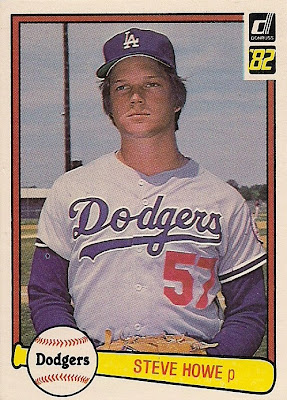 I remember when Steve Howe hit the major leagues and started wearing No. 57. It looked so strange. I can still visualize staring at Howe's 1983 Topps card with a "does not compute" look on my face.

During this time, numbers in the 50s became the domain of relievers. Orel Hershiser, intially a reliever with the Dodgers, wore No. 55. Ray Searage, who pitched for the Dodgers at the end of his career, was constantly bumping the 60 ceiling with his uniform choice. 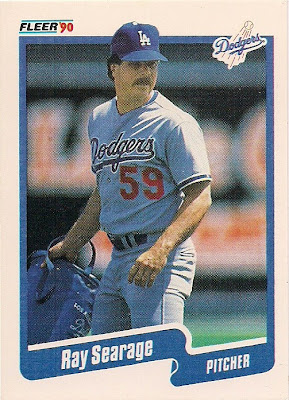 Up until this point, the only players to wear a number greater than 59 were Medwick, Mike Sharperson in his prospect days (No. 60) and a seldom-remembered backup catcher from the '70s, Paul Powell (No. 71).

But after Chan Ho Park, more players wore numbers in the 60s, mostly prospect types like catcher Angel Pena's No. 63.

In fact, wearing a number in the 60s, 70s or even 90s is more commonplace for the Dodgers these days than anyone wearing No. 11 or No. 34. Eleven is apparently still the domain of longtime coach Manny Mota, who is now a scout. And nobody has worn No. 34 since Fernando Valenzuela.

So, which 0-99 numbers have never been worn by a Dodger player on a 40-man roster?

I suppose there's some time left before anyone starts wearing No. 100.

petethan said…
Yum. Pretty Dodgers! Still looking for my first Ryu. Certainly off to an excellent start at upholding the Dodger pitching tradition. Might also need to start batting higher in the order!
May 29, 2013 at 2:20 AM

madding said…
It's weird to see players with such high numbers. The Cardinals have had two starts from Tyler Lyons recently, who is wearing #70. It seems to be more of a sign of young players being shuttled to the majors at a high rate without having any available lower numbers, especially on a franchise with a lot of retired/off-limits numbers. Some of the players actually end up sticking with the number they were assigned when they were first added to the 40-man roster, perhaps out of superstition more than anything else?
May 29, 2013 at 9:31 PM