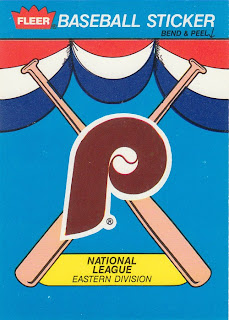 I'm not the least bit sad that my prediction didn't hold up. After the Dodgers were eliminated, I was rooting for the Phillies to win the Series all the way. Yay, Plan B team!

Congrats to Cliff at Capewood's Collections, and deal at Phungo, Chris at Stale Gum and Ross at Sports Card Info, and any other card blogger/Phillie fan that I may have forgotten. I'm happy for you all. The Phillies overcame whatever flaws they might've had and became champions. They're a likable group of players, too.

I guess I'll add Michael Bourn to the list of players traded away in the year before their former team won the World Series. Sorry, Mike, but maybe Cliff's prediction will come true.

In the meantime, no more baseball until March. Except around here, where it's baseball EVERY EVER-LIVING DAY. Like it or not.

capewood said…
People were congratulating me all day in work so I finally decided I must have had something to do with the Phillies winning. My contribution was being happy with both sides of the Brad Lidge for Michael Bourn trade.
October 30, 2008 at 6:39 PM