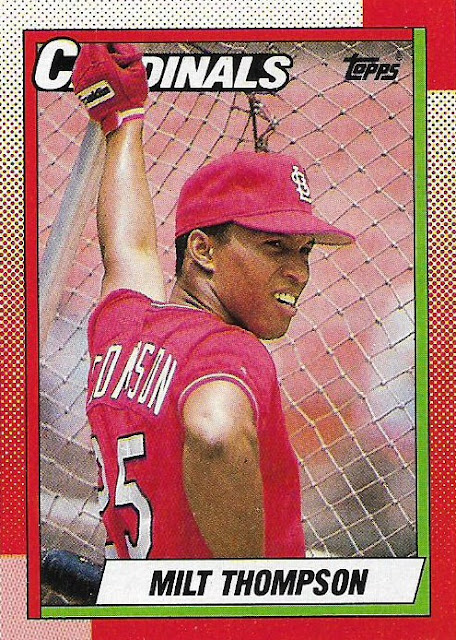 In this series, where I find the best card for each team for sets that I have completed, I have tried to go in order from the most recent set I've completed to the oldest sets I've completed.

While this series is ongoing, I've completed other sets, so I go back and pick up those sets before moving on to the next oldest one.

But I completed 1990 Topps awhile ago, and I haven't gone back. I've been avoiding it.

It's not really because I don't like it. I'm kind of over that now. As the years have gone on, I've looked closer at the set and appreciate it more, specifically the attempt to make the cards look like panels in a comic book. But I don't think many people see the set like I do.

I agree some of the cards don't look good at all, too many weird colors clashing, I've thought that since I first saw the cards in 1990. And viewing the cards together, in a binder for example, requires some preparation before subjecting your eyes to such a sight. It's not pretty.

This is the stuff I considered when selecting the best card for each team -- because that's what my brain has seen all these years. I can't separate it into "just the photo" or "is this a cool rookie?" There's more to a card than that, and in 1990 Topps it's super evident.

So, anyway, that's probably too much detail for everyone but it's time now to see the top card for each team in the 1990 set. As is tradition, I've separated the teams into the divisions that existed at the time.

And, yes, after just saying that 1990 Topps cards look better individually than collectively I'm grouping them all together. 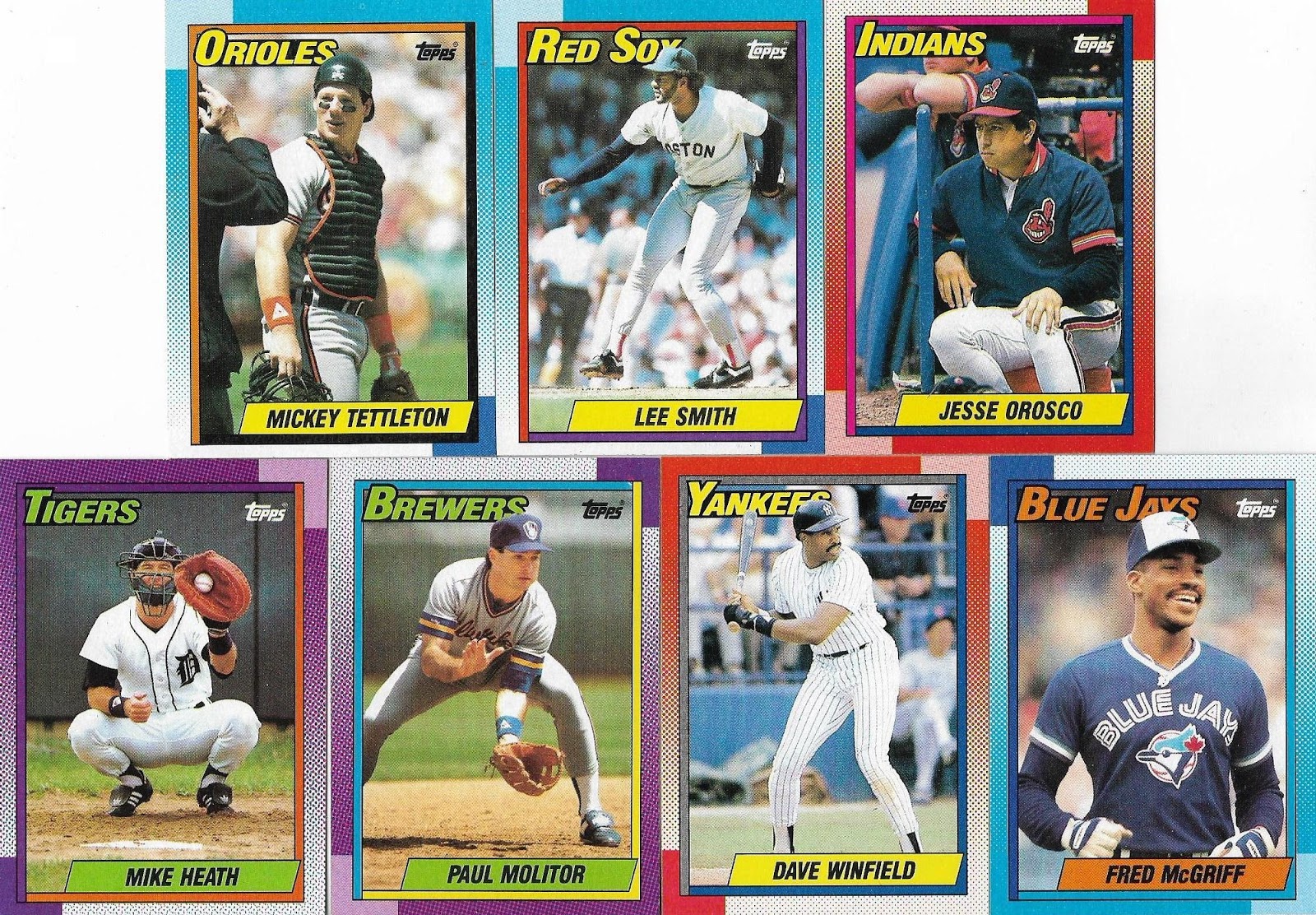 Team with the best cards: Brewers. I never thought purple, blue, yellow and green went together until I realized "hey, those are the colors the Brewers use!" The Red Sox and Blue Jays have some good stuff, too.

Team with the worst cards: Tigers. Ugh, the color combinations were not kind to the Tigers at all. Very few interesting photos, too.

Team I should go back and review again: Brewers. I'm still a little upset I didn't select the Teddy Higuera card. 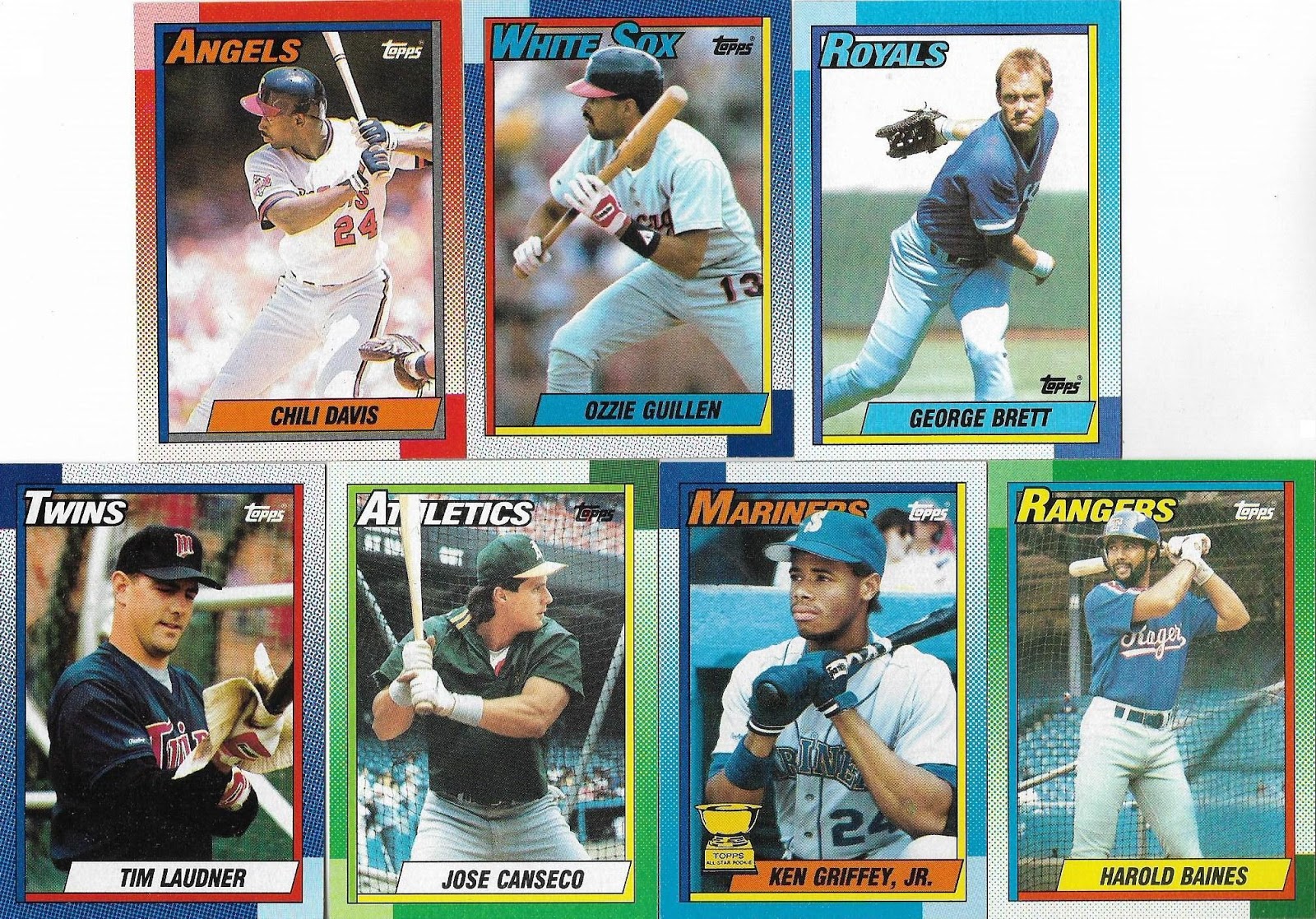 Team with the best cards: Royals or A's. Both the Brett and Canseco cards clearly rule, but there are several other cool cards for each team.

Team with the worst cards: Twins. Laudner is only there because everything matches.

Team I should review again: Rangers. I'm too much a sucker for batting cage shots. 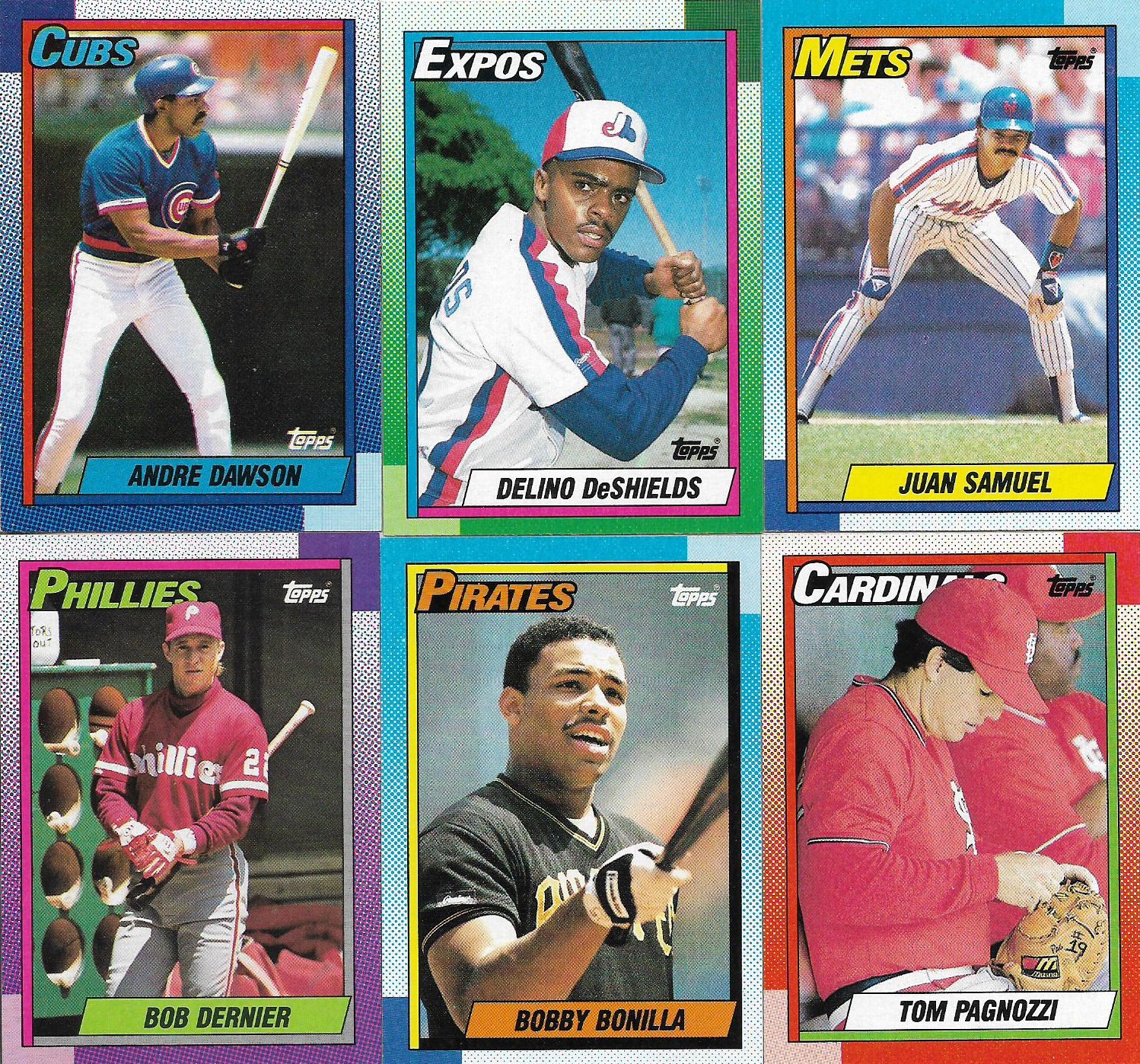 Team with the best cards: This division has the best of all of the divisions. Expos, probably.

Team with the worst cards: Pirates.

Team I should review again: Expos. DeShields looks like a cartoon superhero to me getting ready to fight baddies with his baseball bat and I couldn't resist. 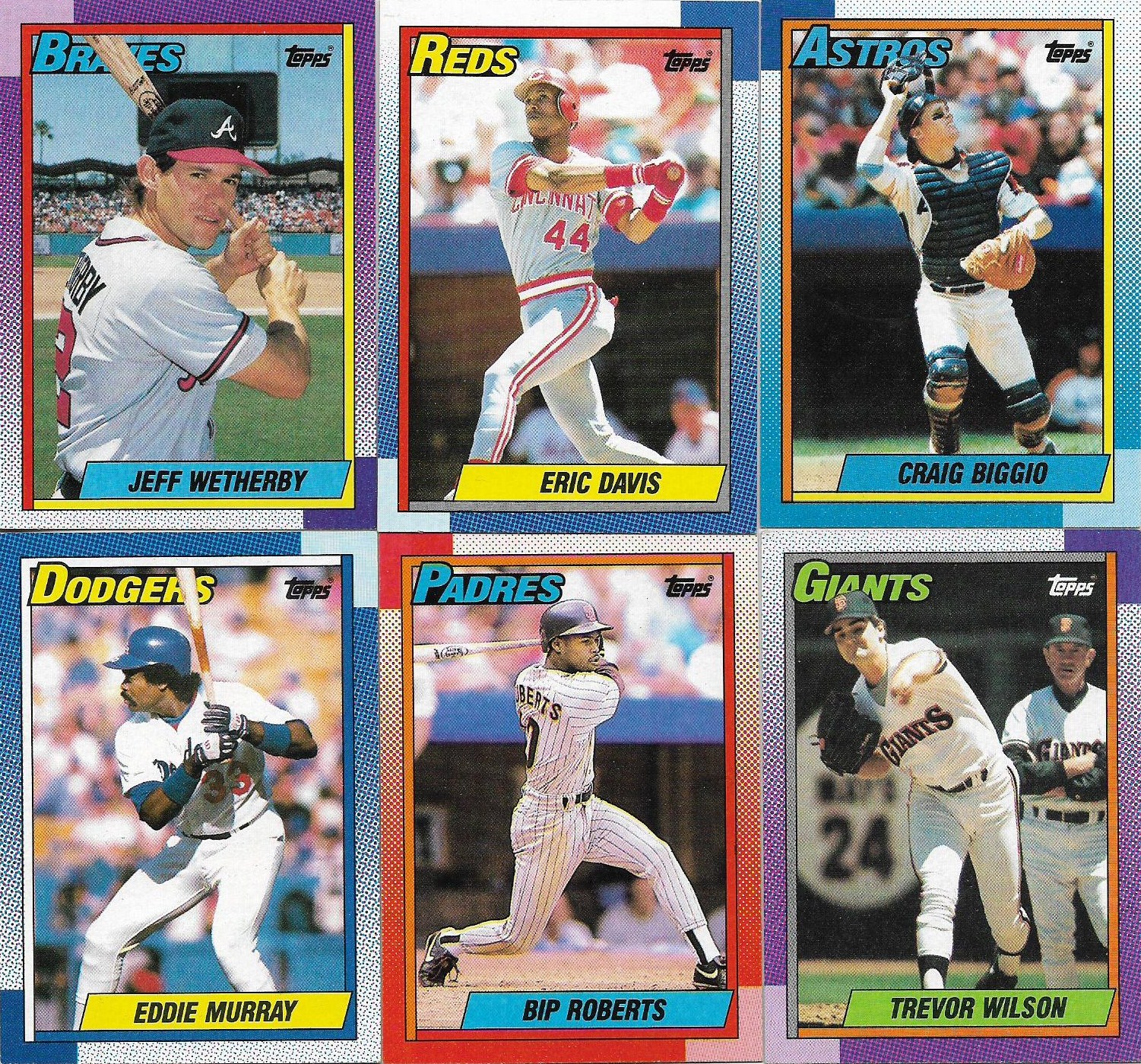 Team with the best cards: Padres. I'm a bit surprised the Bruce Hurst card didn't win as it's been a favorite of mine for awhile.

Team with the worst cards: Braves. Pretty dull, had to go with the Dodger Stadium background.

Team I should review again: Astros. That Biggio was etched in stone the moment I pulled it in the first pack of 1990 Topps cards I ever bought.


OK, I know that was too much on your eyes for some of you. Perhaps I should have shown the cards individually, but that would have involved a bunch more cropping and the prep work for this series is already too lengthy.

Next time in this series, we'll either be going back to the early 1980s or I'll take care of business with an even more recent set that I have completed.

gregory said…
That Higuera card is pretty nice. But the Molitor you chose is also good. Maybe Higuera can be your "bench player".
March 24, 2020 at 12:12 PM

Nick Vossbrink said…
I should go back and look at this set. I bought so much as a kid and nothing stuck. Then I got the set and still nothing suck. I like it more now (see my SABR post) but it's still kind of an empty hole in my collecting memory.
March 24, 2020 at 11:48 PM